At Loftus Versfeld, the University of North West squeezed past their Witwatersrand counterparts with a penalty goal on the final hooter, winning 22-20, while at Tuks Stadium, the Central University of Technology edged Stellenbosch University with a 79th minute try for a 23-18 win.

The drama continued when Free State University's Shimlas won 24-20 against Nelson Mandela University - again with a last-play score, this time in the 81st minute of their match.

In the other match played at Loftus Versfeld, University of the Western Cape scored three second-half tries to claim a comfortable 31-5 win against the University of Johannesburg.

Friday’s other round six match, between UP-Tuks and UCT Ikeys, was cancelled in line with COVID-19 protocols and declared a 0-0 draw. Both teams received two log points.

The FNB Varsity Shield continues on Sunday with three matches at Tuks Stadium - DUT Rhinos vs TUT Vikings (15h00); CPUT vs UKZN Impi (17h00); and Rhodes vs WSU All Blacks (19h00). Fort Hare have a bye. All three matches will be broadcast live on the SuperSport Rugby channel (211).

With the scores locked at 18-18, a spilt ball from Maties on the halfway mark was picked up by CUT lock Derik Pretorius, who stormed upfield before putting fullback Cohen Jasper away for the match-winning try.

Shimlas scored an 81st-minute try to record their first win of the 2021 Varsity Cup. The Free Staters opted to kick a late penalty into touch rather than at goal posts, which would have secured them a draw. However, that bold approach paid off as replacement wing Luyanda Mkhize scored in the right-hand corner. 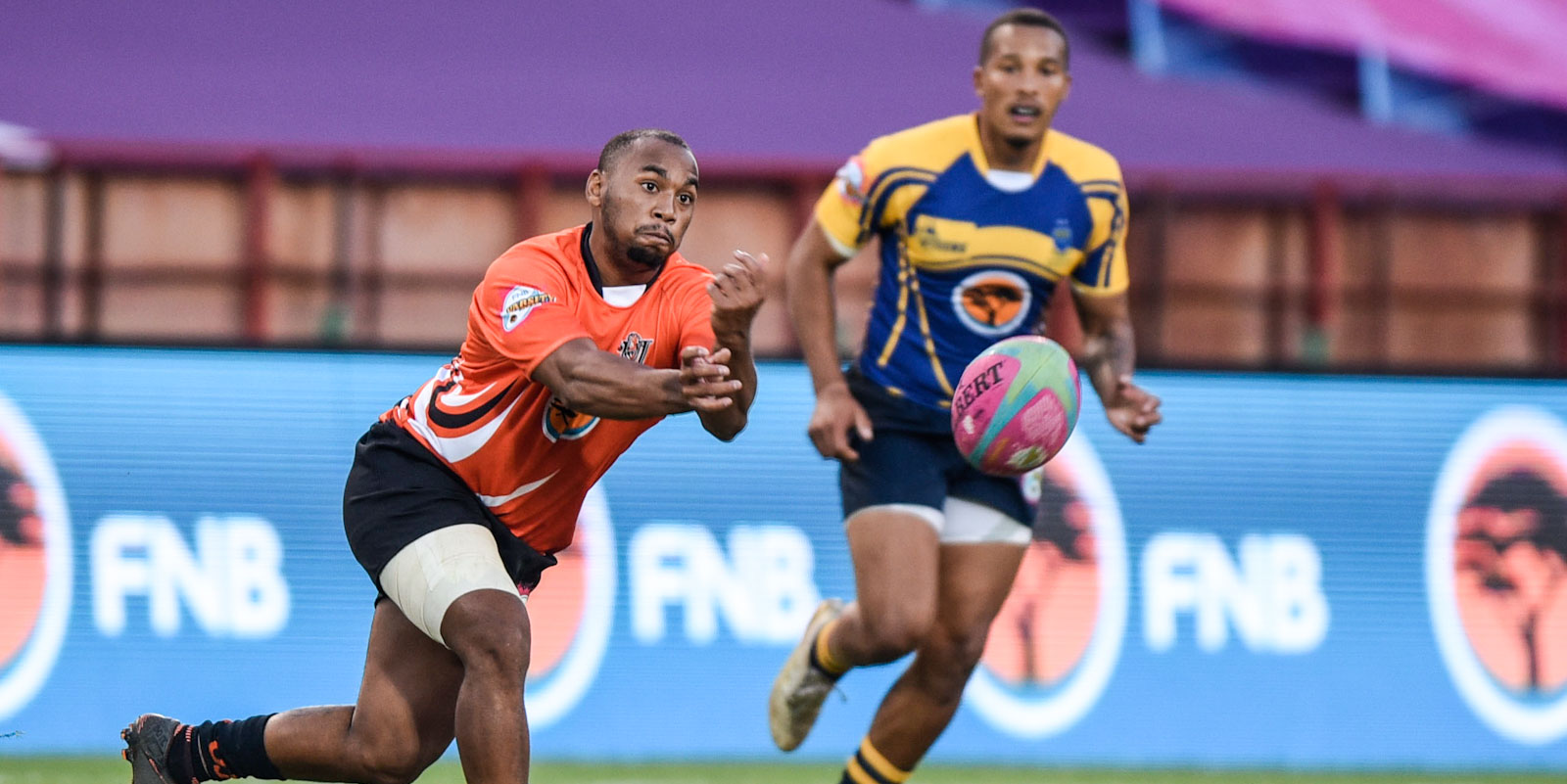 UJ's Jurich Claasen gets his backline away.

UWC scored three second half tries to claim a comfortable win against UJ at Loftus Versfeld. UJ scored the only try in a tight first half, but it was the Capetonians who dominated the second stanza, with two late tries by centre André Manuel inflating their score. 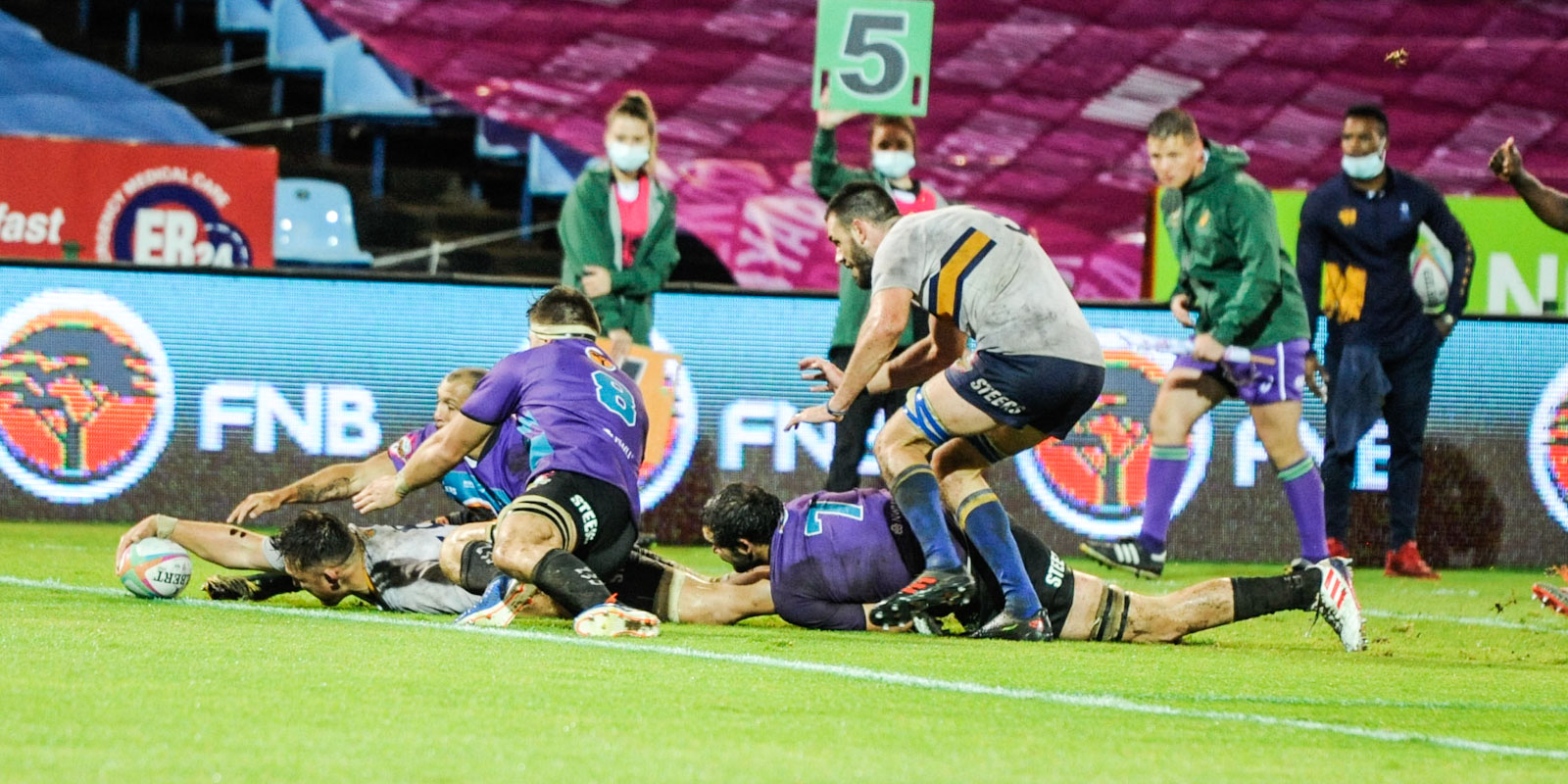 Try-time for Wits against NWU Eagles

Flyhalf Keagan Fortune kicked an 82nd-minute penalty goal to give the Eagles a dramatic win at Loftus Versfeld.

It was Fortune’s sixth successful kick in a match that was played in pouring rain for most of the first half. He punished the ill-discipline of Wits, who outscored their opponents by three tries to one and took a 20-19 lead in the 79th minute, before a costly high tackle 50 meters out.

New-look back trio for Vodacom Bulls

The Vodacom Bulls welcome back a wealth of experience as Director of Rugby Jake White named his squad to battle the Emirates Lions at Loftus Versfeld on Saturday, with a new-look back-trio selected for their PRO14 Rainbow Cup SA opener.

Those who fear the pressure to win at any cost will see the South African teams creep back into their conservative shells in the PRO14 Rainbow Cup SA, would have been happy to hear the coaches speak on the eve of the competition’s kick off.

Walter Sisulu University (WSU All Blacks) and the Cape Peninsula University of Technology (CPUT) kept their perfect records in the FNB Varsity Cup intact on Sunday with convincing wins in round five of the tournament.