It was therefore not surprising when a string of tributes poured in from across the rugby world as Jon-Paul Roger, the hugely popular Springbok and Cell C Sharks wing who was better known just as "JP", announced last week that he was hanging up his boots.

Apart from his 70 Tests, the 34-year-old also played in four non-capped tour games for the Boks, scoring 24 tries in total on the international stage.

For much of his Springbok career, Pietersen formed a potent attacking duo with fellow speedster Bryan Habana. In fact, the wing duo - who hold the record for most Tests together in the No 11 and 14 jerseys for the Boks - were key members of the South African team coached by Jake White who won the 2007 RWC in France. 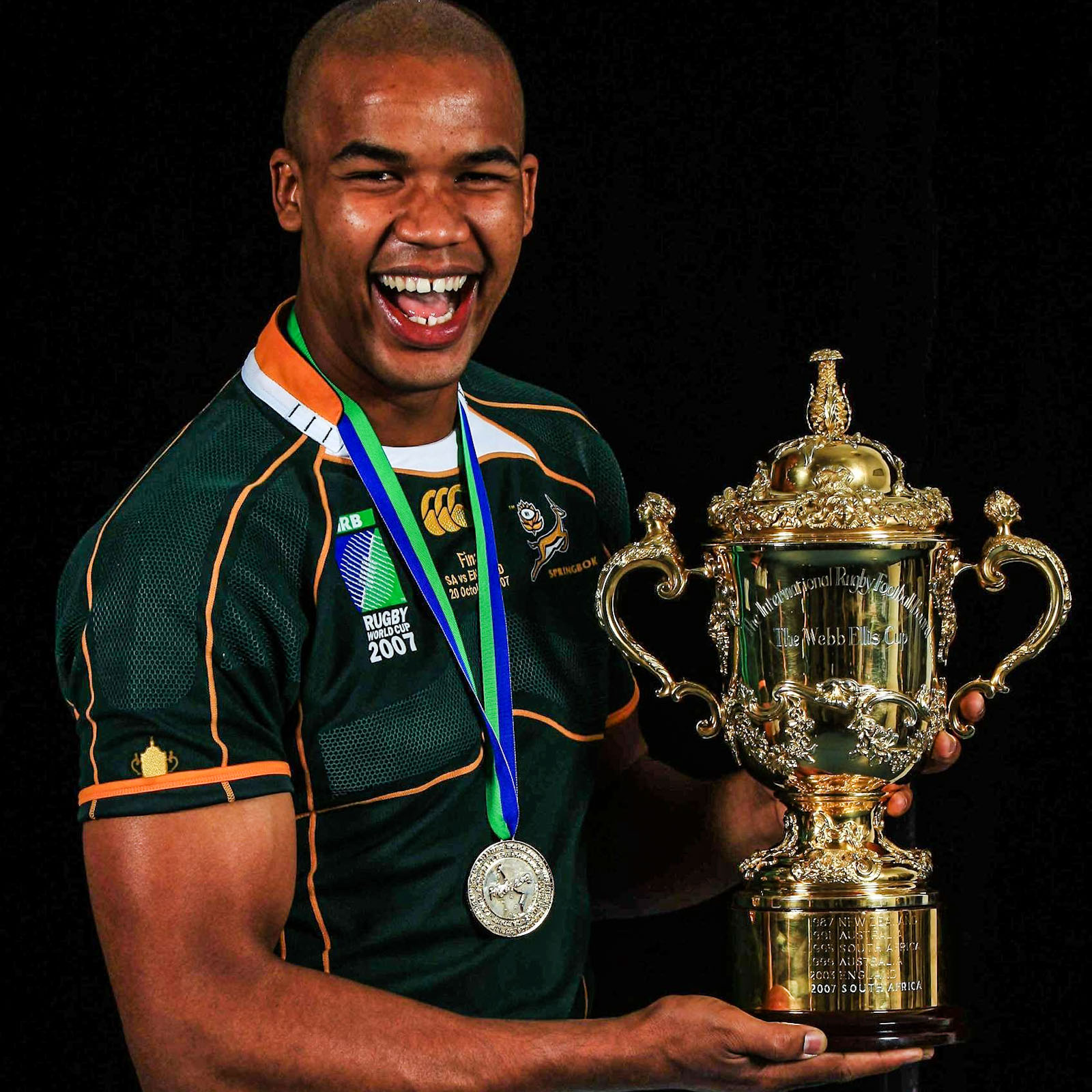 Pietersen also made a total of 180 appearances for Durban-based Cell C Sharks, with whom he has now taken up a junior coaching role as he steps into the next phase of his life.

Born in Stellenbosch, Pietersen joined the Sharks Academy directly out of school in 2005 and quickly established himself as a first-choice regular for the KwaZulu-Natalians.

He made his provincial debut for the Cell C Sharks as a 19-year-old during the 2005 Carling Currie Cup season and the following year he got his first taste of Vodacom Super Rugby.

Although his 2006 season was disrupted by injury, Pietersen did enough to catch the eye of the Springbok selectors and made his Test debut at fullback against Australia in Johannesburg, a Test the Boks won by 24-16.

His 24 Test tries places him in seventh position on the all-time try-scorers list in Green and Gold, while he scored a memorable hat-trick against Samoa in Birmingham at the 2015 Rugby World Cup.

Between 2013 and 2019, Pietersen also spent time playing abroad with the Panasonic Wild Knights (Japan), Leicester Tigers (England) and Toulon (France), before returning to Durban to finish up his career with his beloved Cell C Sharks.

Pietersen shared these heartfelt words with his followers on social media: "Rugby has changed my life for the better and I will forever be grateful for what this game has done for me.

"I am fortunate to have been able to represent my country and be able to play for some of the top clubs around the world, as well as a decade long career with the Sharks which feel like home.”

The 1.90m tall speedster thanked all the coaches, medical and administrative staff who have played a part in his memorable rugby journey.

“You have shaped me into the man I am today and played an important part in my journey along the way. Words can’t describe how thankful I am to all of you," he wrote, adding that he also had some very special words for the Cell C Sharks rugby family.

“It has been an absolute privilege and an honour to play for the Sharks, a team that I’ve supported all my life and through that journey I got to represent my country," wrote Pietersen.

"The Sharks have given me a wonderful opportunity to move into a coaching role and I’m excited for what the future holds, and I hope I can make a positive impact in my new role."

"You had my back and I had yours ... partners in crime and a combination that I am not only grateful to have been a part of but one that made me a better player because of it!!!

"Congrats on everything that you’ve achieved in your career and the way you’ve carried yourself throughout. That infection laugh is something that lit up every room and had us all in stitches. That unassuming gallop that ripped defences apart!! 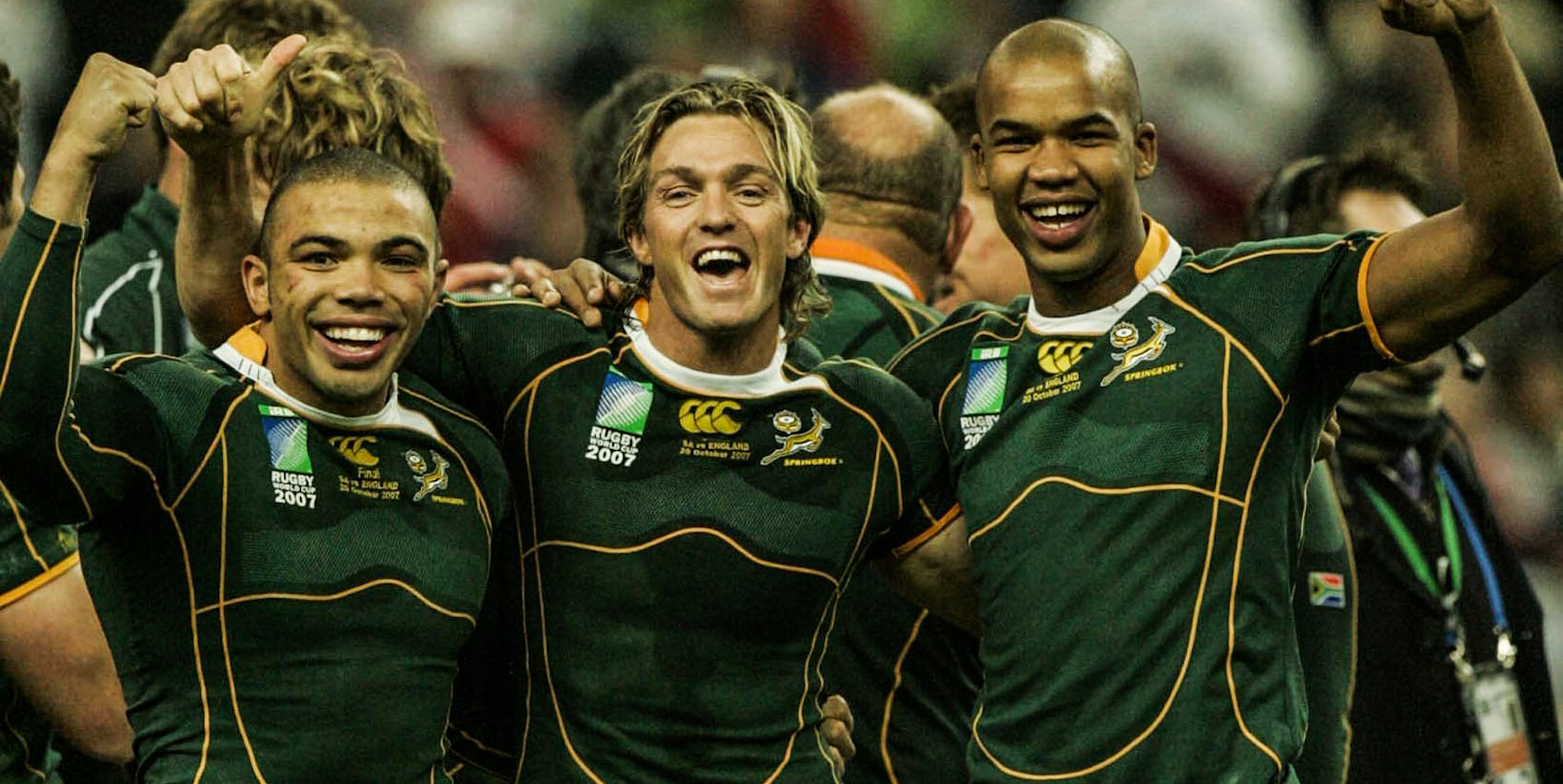 "Wishing you, @meganwpietersen and your beautiful princesses everything of the best for the next chapter!!"

Cell C Sharks CEO Eduard Coetzee led the tribute on behalf of the franchise: “We congratulate JP on a fantastic playing career. His professionalism over the years and loyalty to the Sharks brand will always be admired.

"To have someone of his calibre enter the Sharks junior coaching structures is a massive plus for us and his wealth of experience and success at all levels bode well for the youngsters that he will get to mentor.

"JP is truly deserving of all the success he has achieved, and we are positive that the proud legacy he has carved out in his playing career, will continue in this new chapter as a coach."

Blitzbok believes in bouncing back better

‘It’s not how hard you fall, but how quickly you get up’ is a well-used slogan in sport and for Muller du Plessis, this is true in many ways.

Four Rugby World Cup-winning Springboks and two Blitzboks are amongst the 18 players nominated by MyPlayers for accolades in their annual Players Choice Awards for 2020.

SA Rugby has given the green light to all amateur rugby – schools, clubs and associations – to resume with non-contact training according to specific safety conditions in view of the current COVID-19 pandemic.

Preparation fixtures announced to kick off 2021

SA Rugby announced the kick-off of the 2021 season with a number of preparation fixtures for eight provincial teams as national planning focuses on entry to the international Rainbow Cup and the Springboks’ forthcoming Test season, starting with the series against the British & Irish Lions.