Both Pollard and Springbok assistant coach Mzwandile Stick rubbished suggestions that the Bok team was a “B side” after a squad featuring 14 new faces in the starting team and six debutantes in the match-day squad of 23 players was named and said the side was determined to prove themselves.

Pollard was delighted to be handed the captaincy, standing in for regular captain Siya Kolisi and said: “It is an honour to captain the Springboks and it is going to be an exciting challenge. My family is here, as my parents are coming to the game as well, so it is going to be a special occasion.”

Commenting on the array of changes in the Springbok squad, Pollard said: “There are a lot of new faces in the squad, but every player deserves his spot as they all played for their franchises and clubs, and we’ will have enough experience on the field as a group.

Pollard added: “I think it is important to give the young guys an opportunity to play in such big games because it can only benefit them in future.

“This group of players has trained together for the last two weeks, and we have built cohesion in the squad.” 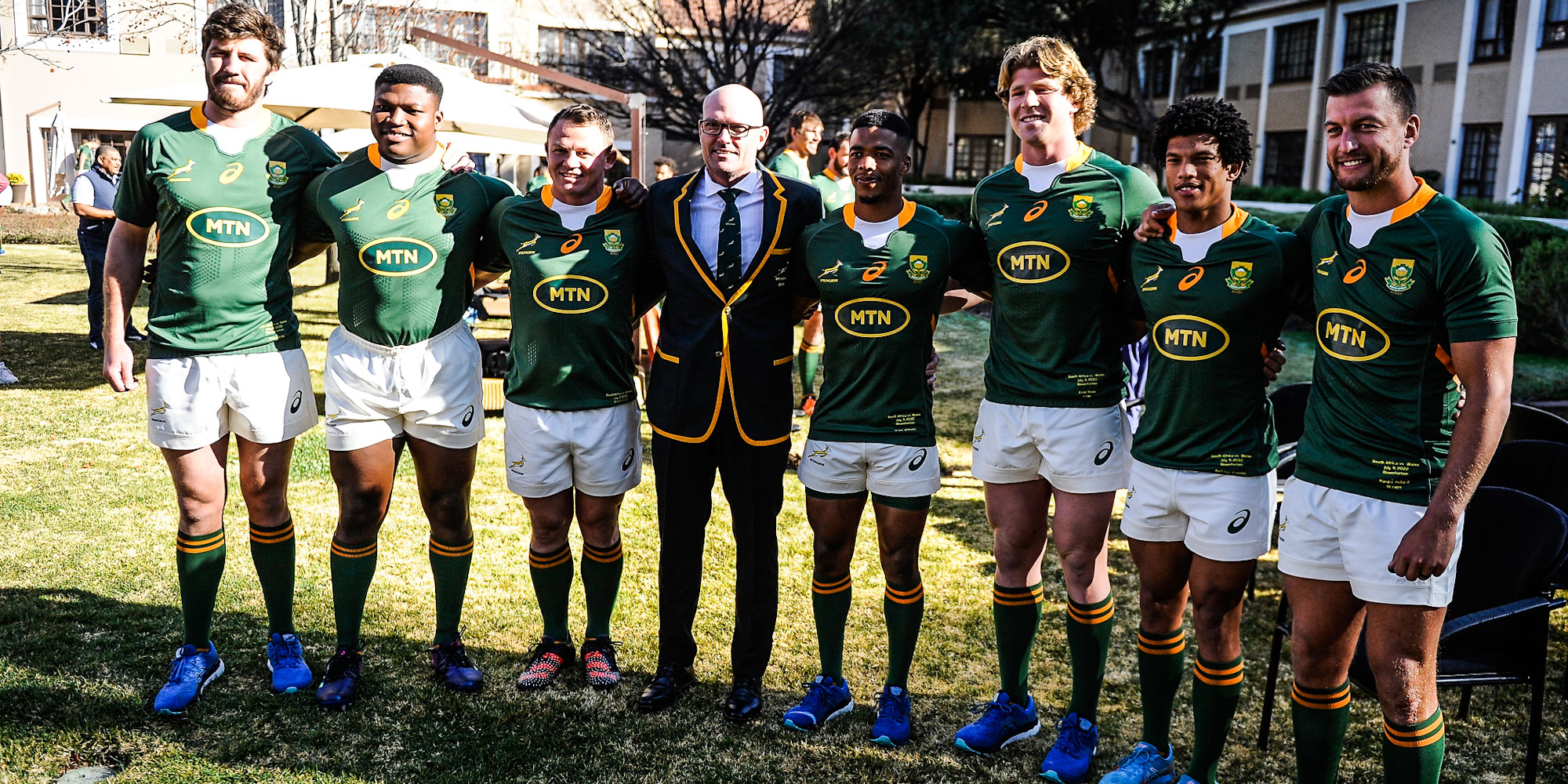 Stick was equally adamant about the quality of team they selected: “If you look at our team, we have players like Thomas du Toit (prop) who captained the Cell C Sharks, Eben Etzebeth (lock) who has captained the Springboks before, and guys like Handre who have been in the system for a very long time and who know what we want to do on the field.

“The nature of his position also requires him to be one of the game drivers, so the only difference for him this week is that he will have to communicate with the match officials.”

Of the changes to the team, Stick said: “In all honesty, calling this team a B team is disrespecting the emblem. We have 42 players in the squad, and they have all played well for their clubs and, somehow, we have to give them opportunities.

“We do not have a B team, we have a good balance of guys who have been around and others who have been in form, and we feel it is important to get that balance right.”

Pollard said: “We know Wales will get under our skin, but we won’t take a step back. In fact, that usually brings the best out of us.

“Wales are a tough team. They don’t go away, and they are a physical, but we are prepared for that.

“They also have a good tactical game, so it’s going to be hard Test rugby, but if there is space out wide we will try to take it.”

Pollard was excited about playing in Bloemfontein and said: “It is a difficult ground to play at. I played my second Vodacom Super Rugby game here and I remember we lost.

“When the Boks come here there is a different feeling to Bloemfontein, so for us it is a special place, and we’d like to keep it that way.”

Wales head coach Wayne Pivac has made one change to his starting line-up for the second Test in the Castle Lager Incoming Series in Bloemfontein on Saturday, with Alex Cuthbert coming in on the wing for his 52nd cap.

Two of the three undefeated sides at the 2022 Craven Week, played at the Tinkie Heyns Field of Rondebosch Boys’ High School in Cape Town, tournament hosts DHL Western Province and the Blue Bulls, will contest the final match of this year’s showpiece on Saturday after the team from Pretoria recorded a good win over SWD on Thursday.

Springbok coach Jacques Nienaber got the answers he was looking for as well as the heartache of an agonizingly late defeat by Wales as his team slipped to a 13-12 defeat at a packed Toyota Stadium in Bloemfontein in the second match of the three-Test Castle Lager Incoming Series on Saturday.

DHL Western Province kept their unbeaten record at the SA Rugby Under-18 Craven Week at Rondebosch Boys’ High School intact with a 29-21 win over the Blue Bulls in the unofficial final of the tournament on Saturday, giving the host union the bragging rights at this showpiece event of the schools’ rugby calendar.

Junior Springbok outside centre Ethan James has been ever-present in the side's unbeaten run at the Under-20 Six Nations Summer Series in Verona, and the Cape-based midfielder is expected to wear the No 13 jersey again on Tuesday when South Africa face Wales in the final match of the tournament in Treviso.