The Springboks won the opening match of the series 32-29 in Pretoria, and lost out narrowly on securing the series win in Bloemfontein on Saturday after suffering a 13-12 defeat in the dying minutes as the visitors crossed the tryline two minutes before the final whistle.

The series victory will come down to the final game between the sides at the DHL Stadium in Cape Town next week Saturday.

The Boks travelled from Bloemfontein to Cape Town on Sunday and will spend the week in Hermanus before travelling to Cape Town on Friday for the series finale at the iconic stadium on Saturday.

“Wales were desperate, and we knew they would come at us hard,” said Gelant. “We all played in different competitions until a few weeks ago, and later in the game that reality set in. So, the learning for us is to go for the kill and win games.

“We wanted to put the final nail in the coffin and unfortunately things didn’t go our way.”

Gelant added: “I thought we were in control in the first 40 to 50 minutes, but we made a few mistakes and they managed to turn it around.” 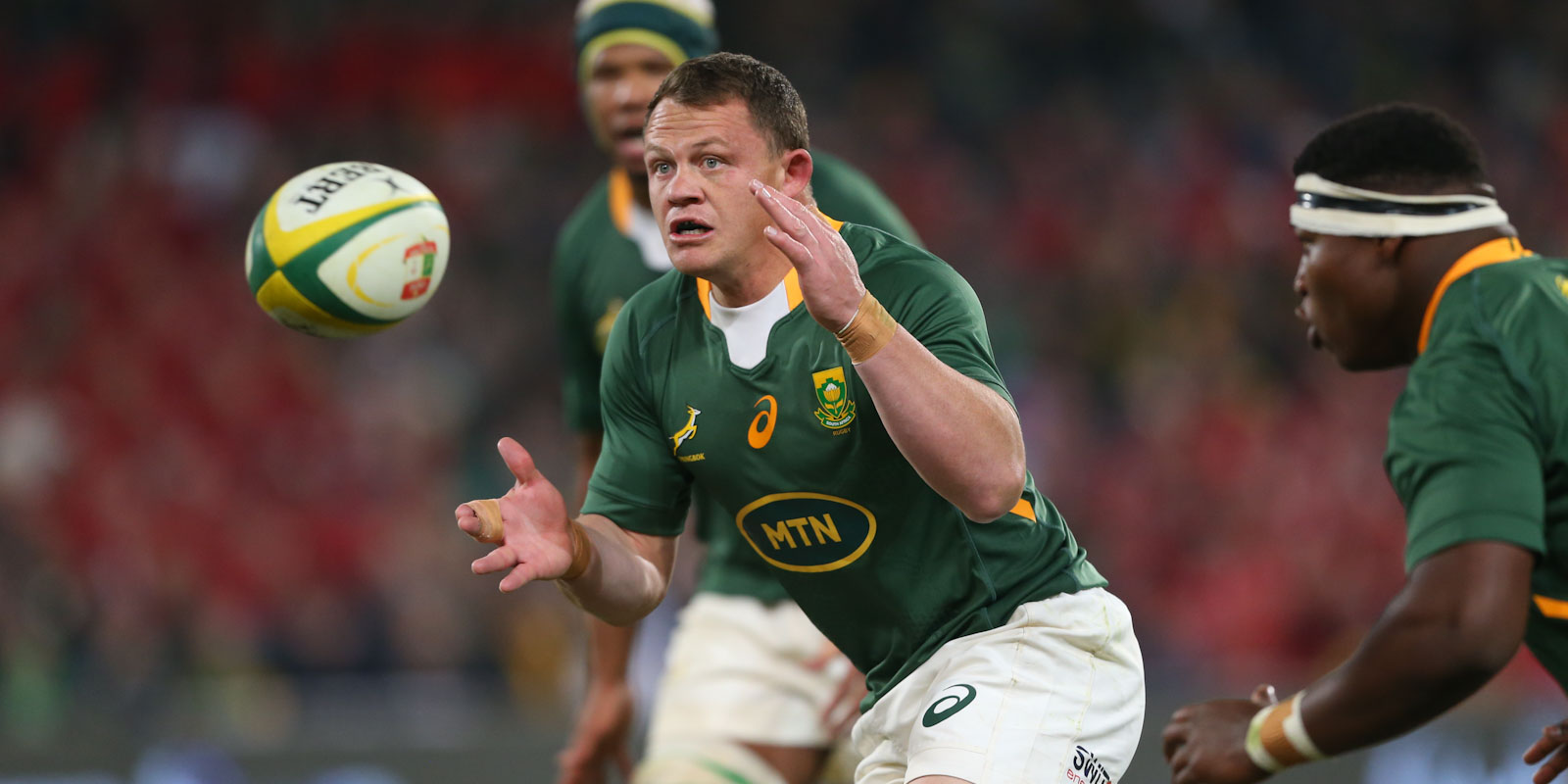 Deon Fourie on debut for the Springboks.

Fourie, who became the oldest Springbok debutant at the age of 35 years-old when he took the field in the second half, was overwhelmed by the occasion, although he admitted that the result was very disappointing for the team and the public.

“It was an amazing experience (to make my Test debut) although the result did not go our way,” said Fourie. It was fantastic to receive the opportunity and I will always cherish the experience.”

Fourie admitted that the team had only themselves to blame for the outcome of the game: “The result of the match was unfortunate, but it was our own fault.

“We created good opportunities to score points, but we made errors and in the end it was us who lost the match.

“Our penalty count was also not good, so the big thing for us this week will be to fix everything so we can win the series.”

Fourie stressed the importance of the players remaining composed during the week and in the 80 minutes on the field in the final Test of the series next week and said: “The reality is that we need to look at every game and that’s where composure comes in.

“In Test matches this is vital, and there is a fine line in that regard. We want to go to Cape Town and win the series."

Springbok coach Jacques Nienaber got the answers he was looking for as well as the heartache of an agonizingly late defeat by Wales as his team slipped to a 13-12 defeat at a packed Toyota Stadium in Bloemfontein in the second match of the three-Test Castle Lager Incoming Series on Saturday.

DHL Western Province kept their unbeaten record at the SA Rugby Under-18 Craven Week at Rondebosch Boys’ High School intact with a 29-21 win over the Blue Bulls in the unofficial final of the tournament on Saturday, giving the host union the bragging rights at this showpiece event of the schools’ rugby calendar.

Springbok Women coach Stanley Raubenheimer named a squad of 30 players for the two Test series against Japan later this month, which include the recently-capped Azisa Mkiva and Nokubonga Siko after both players made their international debuts against Namibia in the Rugby Africa Women's Cup in June.

Junior Springboks head coach Bafana Nhleko has made four changes to his starting pack and rotated his scrumhalves for Tuesday night’s Under-20 Six Nations Summer Series Final against Wales in Treviso.

SA Rugby has warned Springbok fans to beware of online websites claiming to have Test match tickets for sale. Fans have increasingly reported being conned into buying tickets for Springbok matches only for the seller to default having taken payment.

The Springbok Women had demanding training sessions on the first day of their pre-departure camp in Pretoria on Monday, as Stanley Raubenheimer and his coaching staff wasted no time to start preparing the 30 players for the two-Test tour to Japan later this month.

Springbok coach Jacques Nienaber made 11 changes to his starting lineup for the team’s Castle Lager Incoming Series decider against Wales in Cape Town on Saturday as Eben Etzebeth earns his 100th Test cap and Bongi Mbonambi his 50th.