The Blitzboks, who last weekend claimed the opening tournament of the shortened World Series in Vancouver, outplayed Great Britain in the final, winning 24-12 to secure an unbeaten streak in Canada, winning all 12 of their matches in the two Canadian cities.

The South Africans earlier beat Kenya 33-7 in the semi-final and outplayed Hong Kong 46-0 in their first match of the second day in Commonwealth Stadium, the quarter-finals of the event.

The team showed their trademark defensive capabilities, but also delivered a clinical performance on attack, with both wing Siviwe Soyizwapi and centre Muller du Plessis scoring almost at will.

Soyizwapi scored six tries on Sunday and 10 overall, and reached the milestone of 100 career tries in the World Series, while Du Plessis finished with 11 tries in the tournament, topping the event’s try-scoring chart.

The World Series title was won even before the final against Great Britain, as the victory over Kenya meant that the Blitzboks could not be overhauled on the log, but the combined side of English, Scottish and Welsh players did not make it any easier for the Blitzboks. 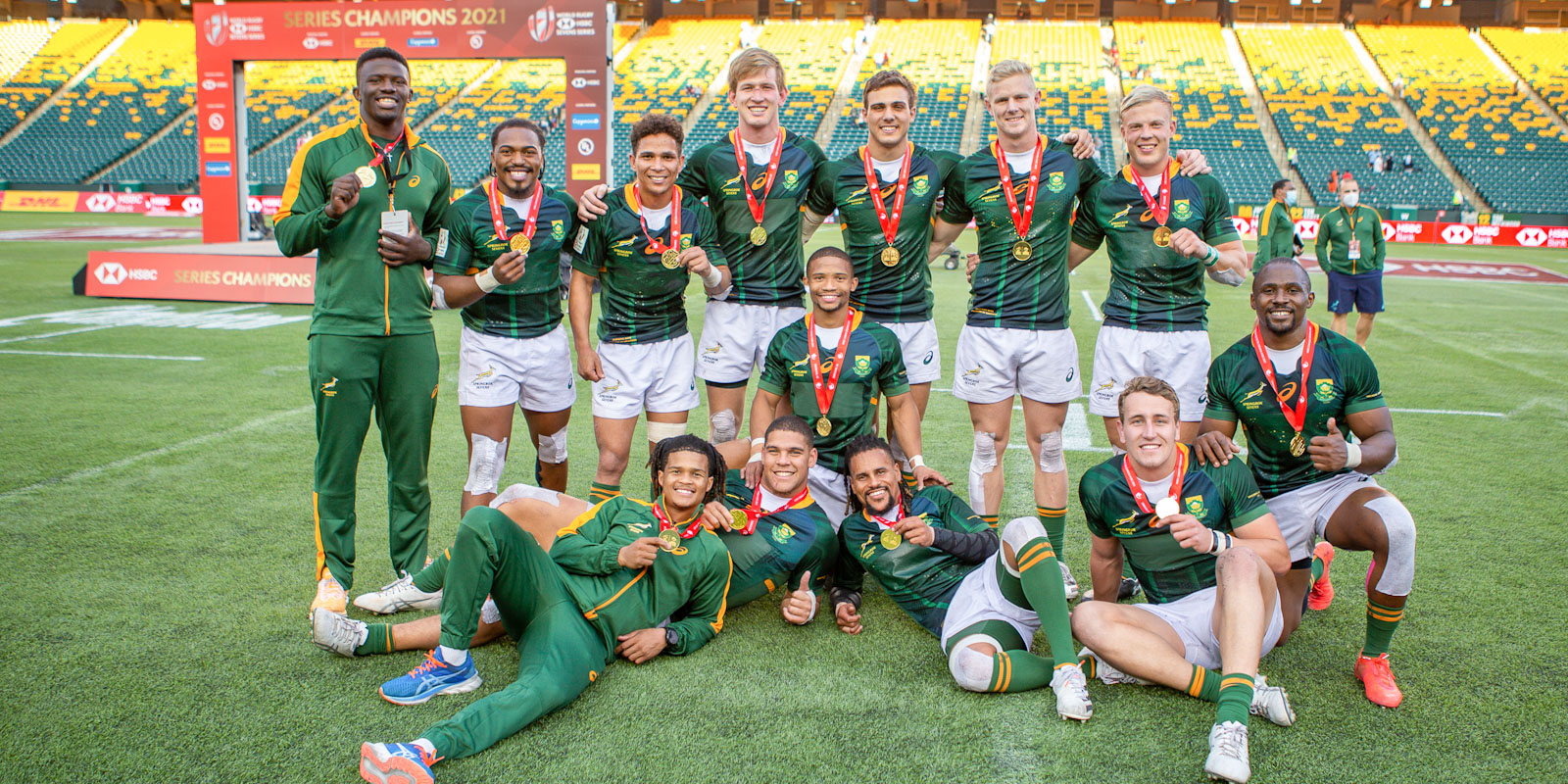 The opening two minutes did not go South Africa’s way. Playmaker Selvyn Davids was yellow carded after he was deemed to slap a ball down in a tackle and in that time, Great Britain used their numerical advantage to send Robbie Fergusson over the Blitzboks' try line. The conversion was good and the UK side took a 7-0 lead.

The Blitzboks replied immediately though and Du Plessis was given space, something Great Britain regretted, as the outside back scored in the corner.

From the next kick-off Soyizwapi was put in space and he also did not disappoint, with his first try of the final handing his team the lead.

Du Plessis then scorched through the GB defence for a delightful double just before the break and when Ronald Brown converted, the half-time lead was 17-7.

Soyizwapi got his second early in the second half and although GB got a try back when England’s Tom Bowen scored his 99th World Series try, the defensive abilities of the South African side confirmed the result and a consecutive Canada Sevens victory.

The Kenya match saw a strong start by the Blitzboks. It took them less than 30 seconds to score their opener when Du Plessis was put in space and in a blink, the winger had his eighth try in Edmonton. The winger would also bag another in the second half, while two first half efforts by Soyizwapi added to the 19-7 lead the South Africans enjoyed at the break. 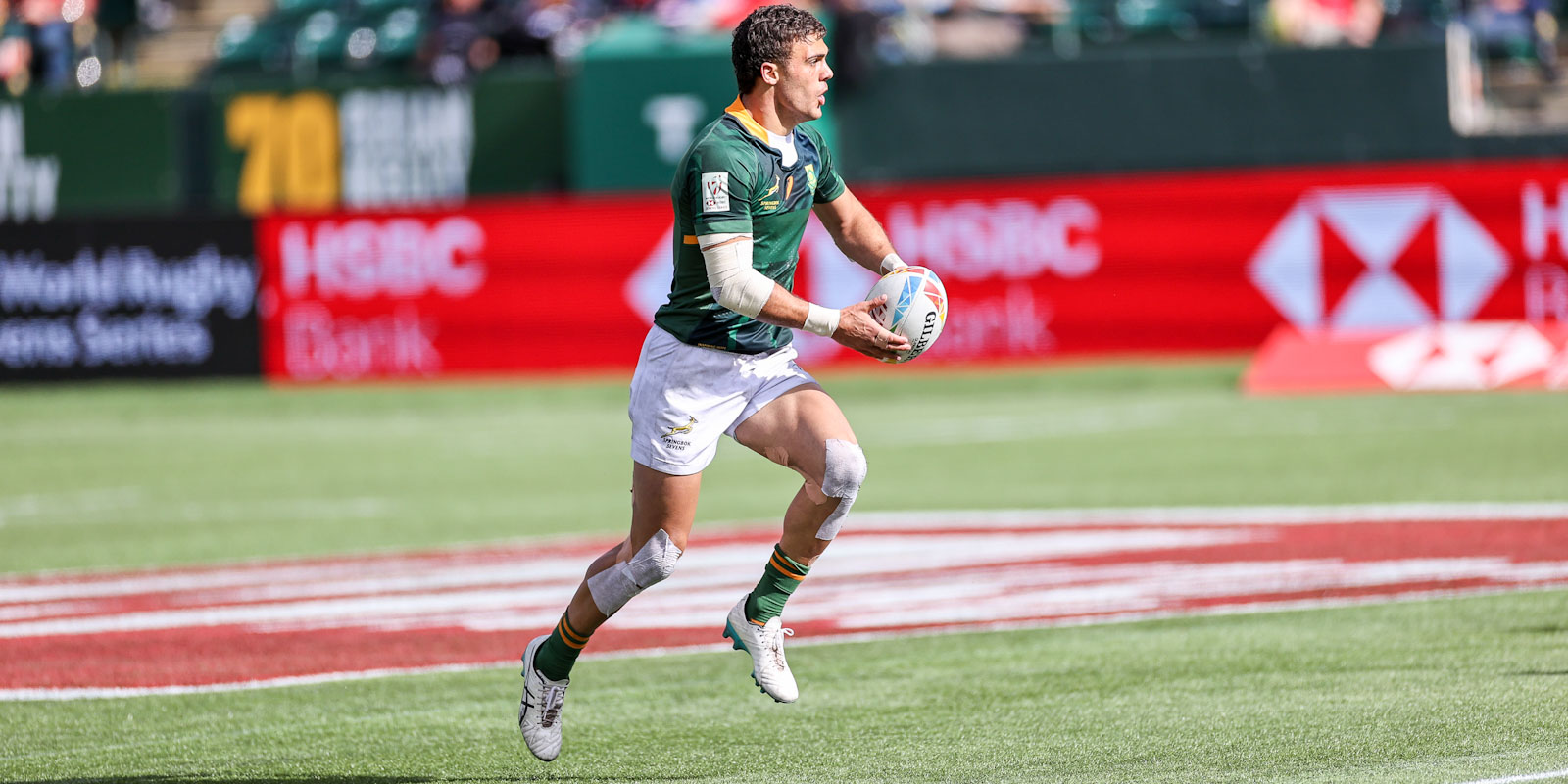 Muller du Plessis was named Player of the Final.

The second from Du Plessis, from a wonderfully worked set move and a late run by Brown secured a place in the final and the World Series win.

The hot streak started earlier on Sunday when they outplayed Hong Kong 46-0 in the quarter-finals.

The South Africans rocked the Hong Kong side with a try from the kick-off. The ball was regathered by JC Pretorius, who fed the ball inside and two passes and 20 seconds later, Du Plessis was under the sticks for his seventh try of the tournament.

The next restart was won back as well and Soyizwapi was over in a flash. The South African captain then scored a second just a minute later chasing down a kick from Selvyn Davids, bringing up his 100th try in the World Series.

The Blitzboks scored two more via Brown and Pretorius to lead 27-0 at the break.

The second half continued in this vein, with a long-range effort by Christie Grobbelaar, some soft hands by Shaun Williams sending James Murphy over and an eighth try for the team when Darren Adonis scored with less than a minute to go. 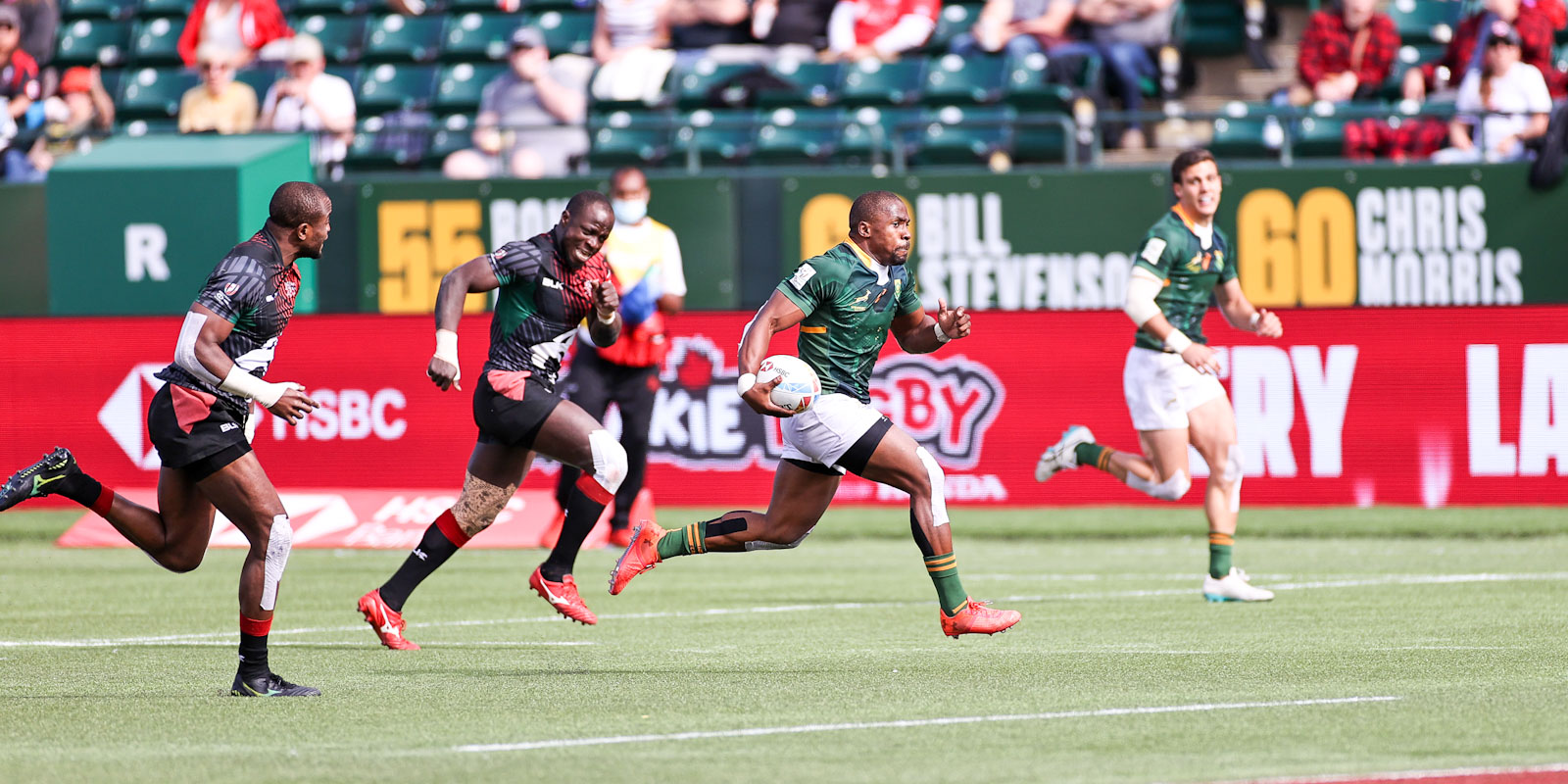