The versatile Mpupha, who has played in seven Tests for the Springbok Women since her international debut in 2018, will become the first woman from South Africa to take up a professional contract in the Allianz Premier 15s.

Mpupha – a former captain of the Springbok Women’s Sevens team at the Commonwealth Games and Rugby World Cup Sevens tournaments, also in 2018 – will hit the English club scene in scintillating form, having recently scored a record four tries in a Test when South Africa defeated Kenya in Stellenbosch in August.

Earlier in the season, she was also in fine form for her provincial side, DHL Western Province, who made the finals of the SA Rugby Women’s Premier Division.

Mpupha will not be lost to the Springbok Women’s team however, as her contract enables her to fulfill her national commitments, including the forthcoming November tour to Europe, and she will be available for selection to next year’s Rugby World Cup in New Zealand.

The contract underlines the growing prominence of women’s rugby in the global sporting landscape and the playing opportunities provided by SA Rugby, as Mpupha follows in the footsteps of Babalwa Latsha, who joined a club in Spain on a professional contract in 2020. 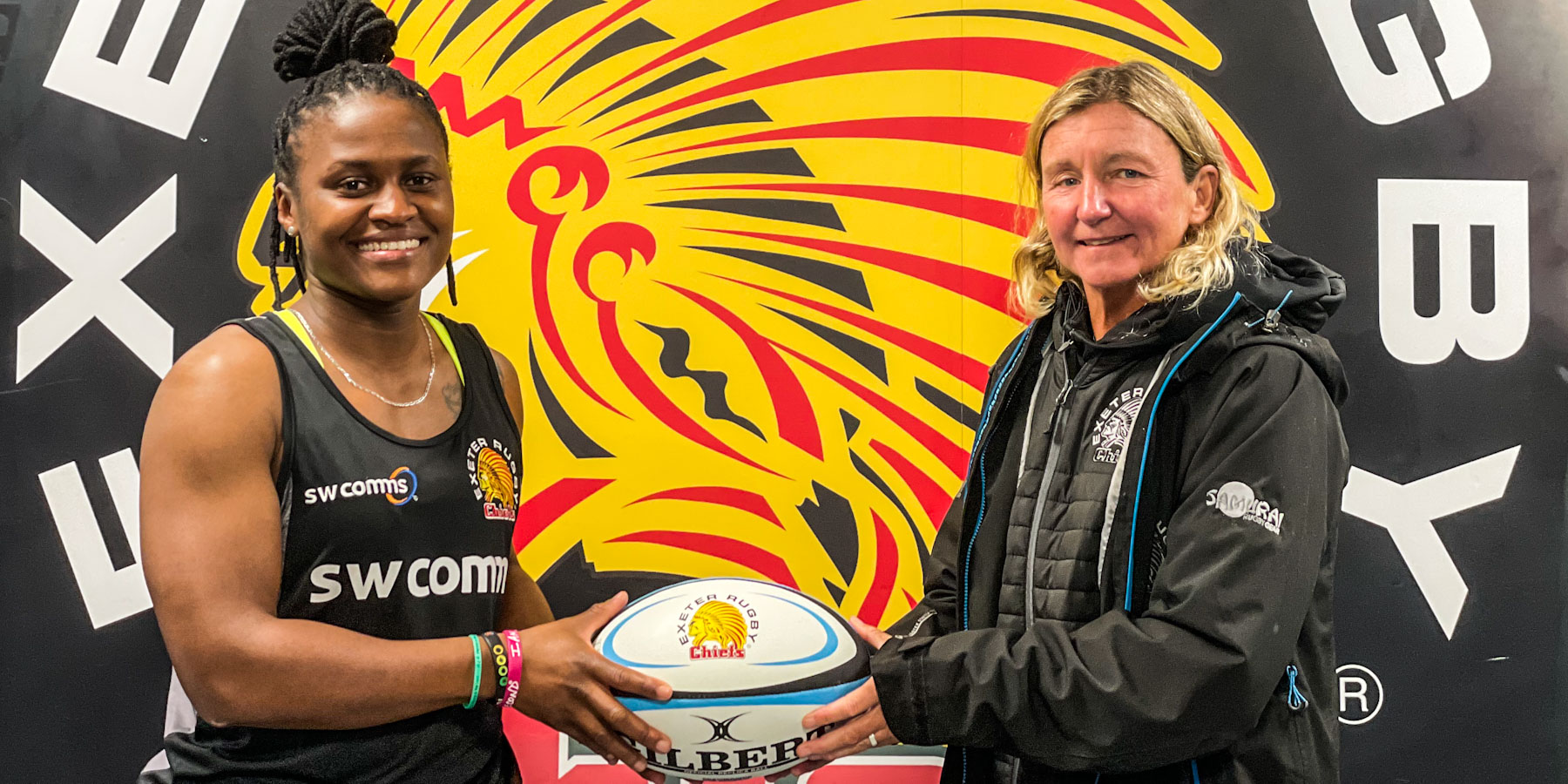 “Exeter Chiefs is big step for Zintle and helps take South African rugby another step closer to understanding and experiencing what the elite women’s game can look like,” Cantwell said.

“The women’s 15s game is growing in South Africa, with each province making ground towards a more professional set up. More competitive games and creating performance environments that support the players athletic and skills development will help accelerate standards across the 15s and 7s games.

“She is one of our role models in the women’s game and to have her recognized on a global scale is great. Her performances in England should also be a good advertisement of the talent we have in South Africa.”

Raubenheimer also welcomed the move: “Players need time on the field to develop and this will be great for Zintle and ultimately, for our national team.

“We have seen how our players progressed when we extended our Women’s Premier Division to a double round and I have no doubt that Zintle will become a very popular and valuable player to Exeter. We wish her the best of luck and we know she will benefit from the experience of playing at that level.”

Mpupha, who also played represented South Africa in cricket and holds a degree in Human Movement Sciences from the University of Fort Hare, was very excited about the new challenge awaiting her.

Mpupha goes over for one of her four tries in the first Test against Kenya.

“I am honoured that Exeter think I will fit into their style of rugby very well, but ultimately, getting an opportunity to play overseas has always been one of the dreams in my rugby career, and I guess it has come now,” she said.

“I will be tested in different conditions, one of them being the weather, but that is one of the things I can't control really. I am hoping for a lot of game time as that will make me grow as a player.

“The opportunity to actually compete against the best in world, to learn and to experience how it is to play at a higher stage will aid so much to my development.”

Mpupha thanked SA Rugby and DHL Western Province and said she hopes the stint in England will strengthen her claim to a spot to New Zealand next year.

“I will still be up for selection for Tests that Springbok Women will be playing in preparation of the World Cup and hopefully I will be able to give something back to the team from that perspective,” Mpupha said.

“I am grateful to SA Rugby for broadcasting our provincial games, for the first time ever – I don’t think opportunities such as these would have come up if we weren’t seen everywhere. Hopefully this will draw attention and open more doors for the other South African female players too.

“Also, if it wasn't for WP which helped with training fields, gym, top class coaching and amazing teammates, we would not have been able to perform, so I am grateful and thankful. This is really not for me alone, but I hope it brings hope to any other girl who would want to get an opportunity to play overseas.”

The Emirates Lions have named an unchanged match 23 to face Welsh side Scarlets in their second-round Vodacom United Rugby Championship clash in Llanelli on Friday.

Combrinck to start for Bulls in Galway

The Vodacom Bulls have named their side to face Connacht in the second round of the Vodacom United Rugby Championship on Friday, with a handful of changes to the Pretorians' team for their clash in Galway.