The lead changed hands four times and the teams scored a try apiece – both of them in the first six minutes – with the ultimate difference on the scoreboard being that New Zealand kicked five from five, the Boks kicked four from five.

The Springboks were transformed from their error-strewn defeat to the Wallabies a week ago. The All Blacks scrum and lineout was put under enormous pressure and their attempts to run through or around the defence produced no reward.

For the fifth time in the past six meetings between the teams the match was decided by two or fewer points – the Boks on the wrong side of that equation for the third occasion - although that looked unlikely as the Springboks suffered the worst possible. 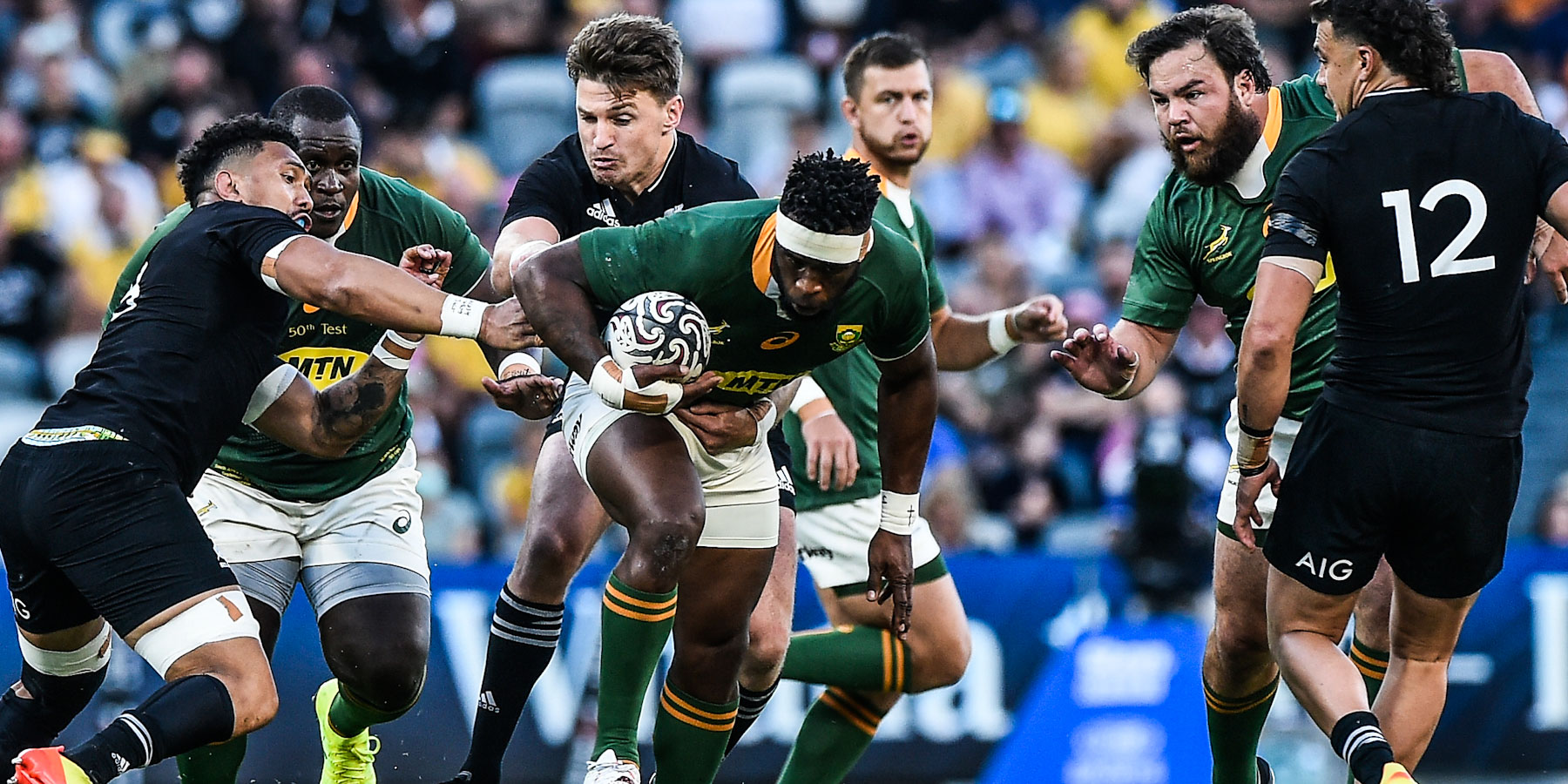 Siya Kolisi led from the front and put in a brilliant performance in Townsville.

A breathless two-minute passage of play – straight from the kick off – ended with New Zealand right wing Will Jordan touching down. He took the scoring pass from hooker Codie Taylor who broke through a couple of slipped tackles from broken field play after a New Zealand pass had gone astray.

Jordie Barrett converted but didn’t have another shot at goal until the half hour as the Springboks’ kicking game got them back into the game.

In fact, the Boks had a try on the board after only six minutes when New Zealand left wing George Bridge dropped a midfield bomb from scrumhalf Faf de Klerk, with Bok right wing Sbu Nkosi collecting the loose ball to run in from a handful of metres.

Handre Pollard’s conversion from the right-hand touchline stayed out at the near post but he kicked his team into a four-point lead (11-7) by the 14th minute with penalties for two offences by lock Brodie Retallick; the first for blocking a run by opposite number Eben Etzebeth and the second for cleaning from the side at a ruck.

That’s the way it stayed for the next 17 minutes until a mounting series of penalties against the Boks resulted in two Jordie Barrett penalties to put this side into the halftime lead (13-11). The first was for backline offside and the second for a deliberate knock-on by Nkosi inside his own 22 and with an All Black overlap looming. 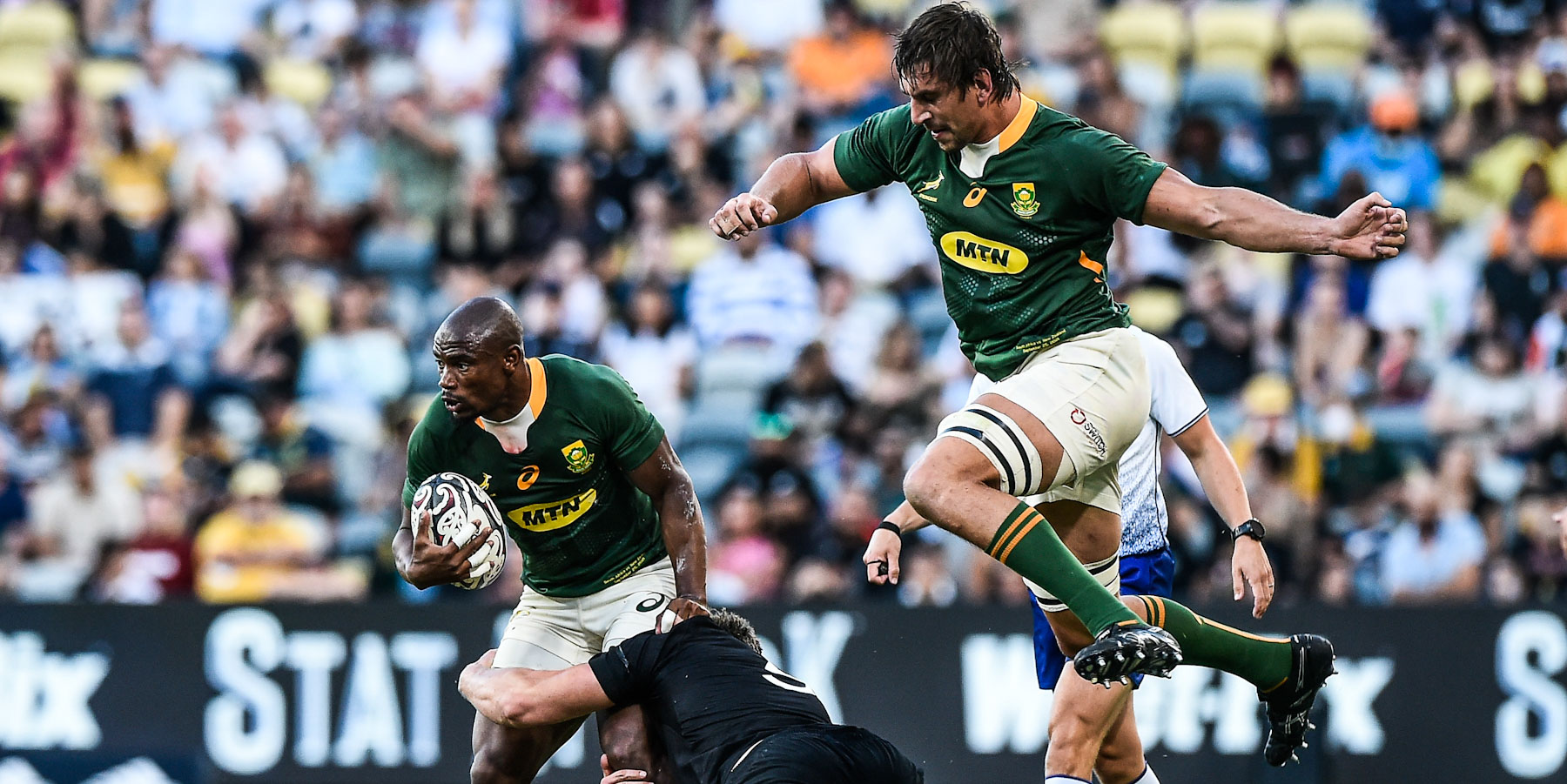 The Springboks did extremely well to limit their losses to just those three points during his absence, thanks to a succession of lineout steals and stifled All Black mauls at the start of the second half as the penalty count continued to mount.

However, the Boks reclaimed the lead – almost against the run of play – when an All Black was spotted shoving off the ball. Three minutes later the lead changed hands again as New Zealand clawed their way back into the lead with Barrett’s fourth successful penalty as the game edged into the final quarter in aching tension.

It was ultimately decided by who had the last kick at goal – and that fell to New Zealand – painfully for the Boks who looked to be tip-toeing to victory. The Boks pressured their way into the lead with 13 minutes remaining when New Zealand replacement Ofa Tuungafasi was penalised for collapsing a maul. Pollard nervelessly steered home the resulting penalty.

The Boks held that precious one-point lead for ten minutes as time slipped away until the final penalty fell to the All Blacks. Willie le Roux was penalised for not releasing after claiming a loose ball wide on the Bok right, 40 metres out.

It was not a straightforward kick and Barrett watched anxiously as it slid inside the near side upright to the unbridled delight of an Australian crowd, showing a significant New Zealand contingent.