The Springboks realise the importance of delivering strong set pieces as they face the massive task of taking on the All Blacks in back-to-back Castle Lager Rugby Championship Tests in the next two weekends.

Springbok assistant coach Deon Davids and prop Frans Malherbe underlined this message when they fronted the media in Nelspruit on Monday, with Test week kicking into gear in the Lowveld.

The teams will cross paths at the Mbombela Stadium on Saturday and at Emirates Airline Park in Johannesburg next weekend, and with the All Blacks having appointed Jason Ryan as their new forwards coach, both Davids and Malherbe expected a big test up front.

“We have a lot of respect for the way New Zealand approaches the set pieces, and their coach has made it clear that the scrums and mauls are going to be important for them, so we also need to make sure that improve in those areas,” said Davids.

“Matches between New Zealand and South Africa are always among the most hotly contested games, so we have to ensure that we perform to the best of our ability.”

Malherbe spoke equally highly of New Zealand, saying: “The All Blacks always have a good scrum, and we will be in big trouble if we underestimate them. They are always a formidable side and after losing two Tests against Ireland, they will be desperate to bounce back.

"They will be very dangerous now.

“That said, our focus is on our game and to ensure that we constantly improve in the execution of our game plan."

Davids said after thorough review of their performances against Wales in the Castle Lager Incoming Series, the coaches identified a few areas of their game they would like to improve on going into the Castle Lager Rugby Championship. 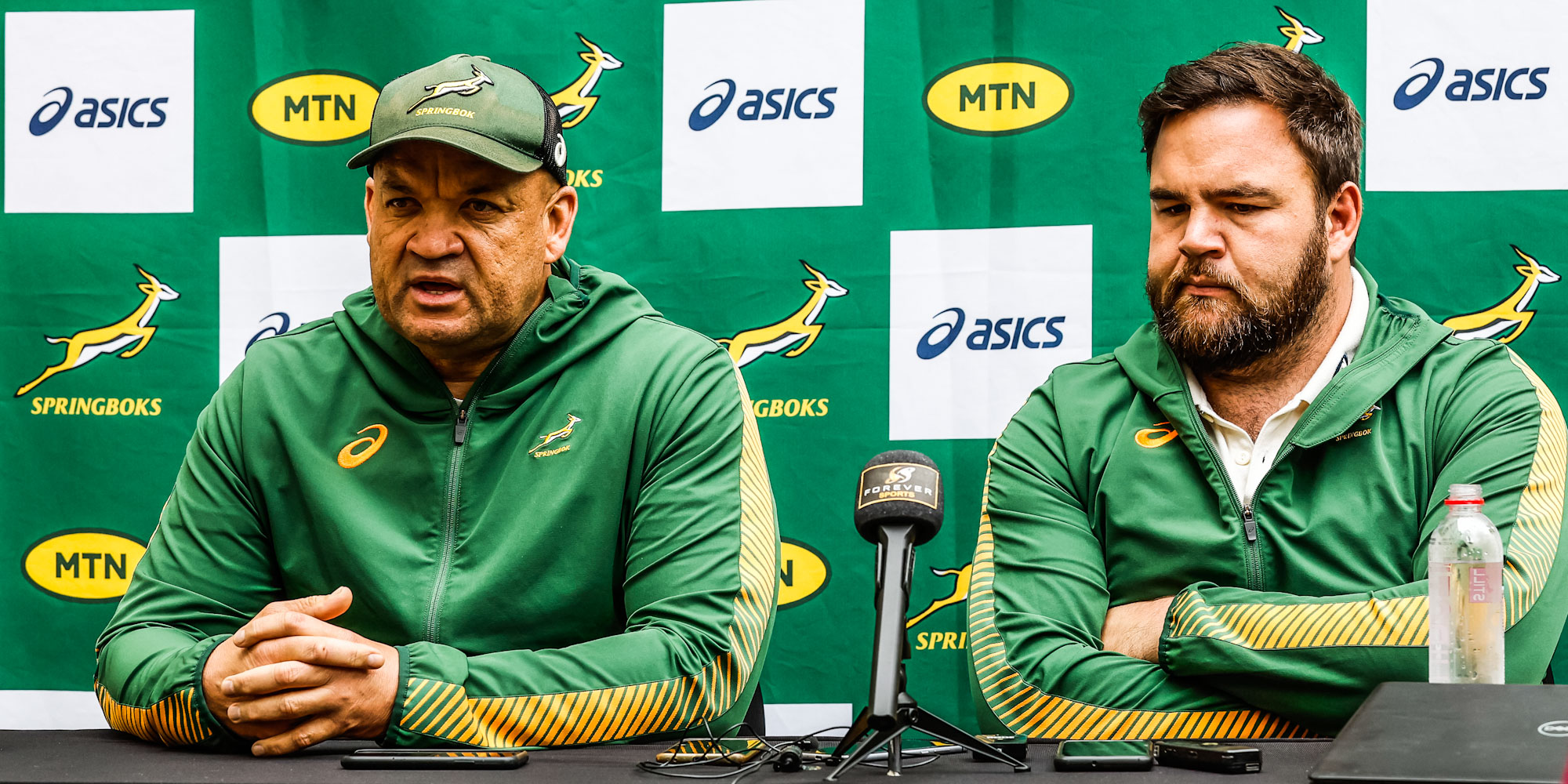 Deon Davids and Frans Malberhe fronted the media in Nelspruit on Monday.

“The basics of the game stay the same, so we need to be more effective all around,” said Davids.

“We want to improve in the execution of our set pieces, and we know that there are not many opportunities to score points at Test level, so we have to make sure we use our chances well.”

Davids added: “We know what we have to work as we look forward to the bigger picture.

“We have two Tests against New Zealand at the start of this competition, and we are aware of the challenge ahead. We know we need to perform better in this series, and we are determined to improve.”

Davids and Malherbe also congratulated the Blitzboks for winning the gold medal at the Commonwealth Games on Sunday night where they thumped Fiji 31-7 in the final.

“We would like to extend a massive congratulations to the Blitzboks,” said Davids.

“Their performance in the final was outstanding and it spoke a lot about their character. Their win was certainly well deserved, and they’ve definitely inspired us going into the Castle Lager Rugby Championship.”

Malherbe added: “A big congratulations to them. They produced a great performance in the final and one could see after the game how much the victory meant to them.”

Every player that was part of the Springbok Sevens squad that won the Commonwealth Games gold medal this weekend had a different route to get to the final at Coventry Stadium down the road from Birmingham, and two of these, Shaun Williams and Mfundo Ndhlovu, emerged as unlikely heroes of the Blitzboks’ triumphant campaign.

The President of SA Rugby, Mr Mark Alexander, paid tribute to Tommy Esterhuizen, a former national rugby player in the apartheid era, who passed away earlier this week.

Arendse hopes to grab opportunity with both hands

Kurt-Lee Arendse is thrilled to run out against the All Blacks at Mbombela Stadium in Nelspruit on Saturday in the Springboks' Castle Lager Rugby Championship opener, and said he hoped to grab the opportunity with both hands when these two arch-rivals cross paths.

Springbok Women head coach Stanley Raubenheimer named a group of 32 players for the forthcoming two-Test series against Spain, including a number of regular campaigners who have recovered from recent injuries.