Furthermore, critics were quick to point to their winning streak not including the scalps of Fiji or New Zealand, who were absent for the start of the 2022 HSBC World Rugby Sevens Series, but returned to action last weekend.

A horror showing with regards to discipline also crippled the Blitzboks as they conceded six penalties in their match against USA, five against Fiji and seven against Argentina (with two yellow cards), in what seemed to be a baffling implosion of such a respected and applauded system.

The South Africans had to take the criticism to heart and be honest with themselves on why and what went wrong in Singapore, admitted Blitzbok captain Siviwe Soyizwapi on Thursday. They did so and now, barely a week later, have another opportunity to reverse those fortunes.

“A week is a long time indeed – last week we enjoyed the humidity of Singapore, on Tuesday we had our training session while it was snowing here in Vancouver,” said Soyizwapi. 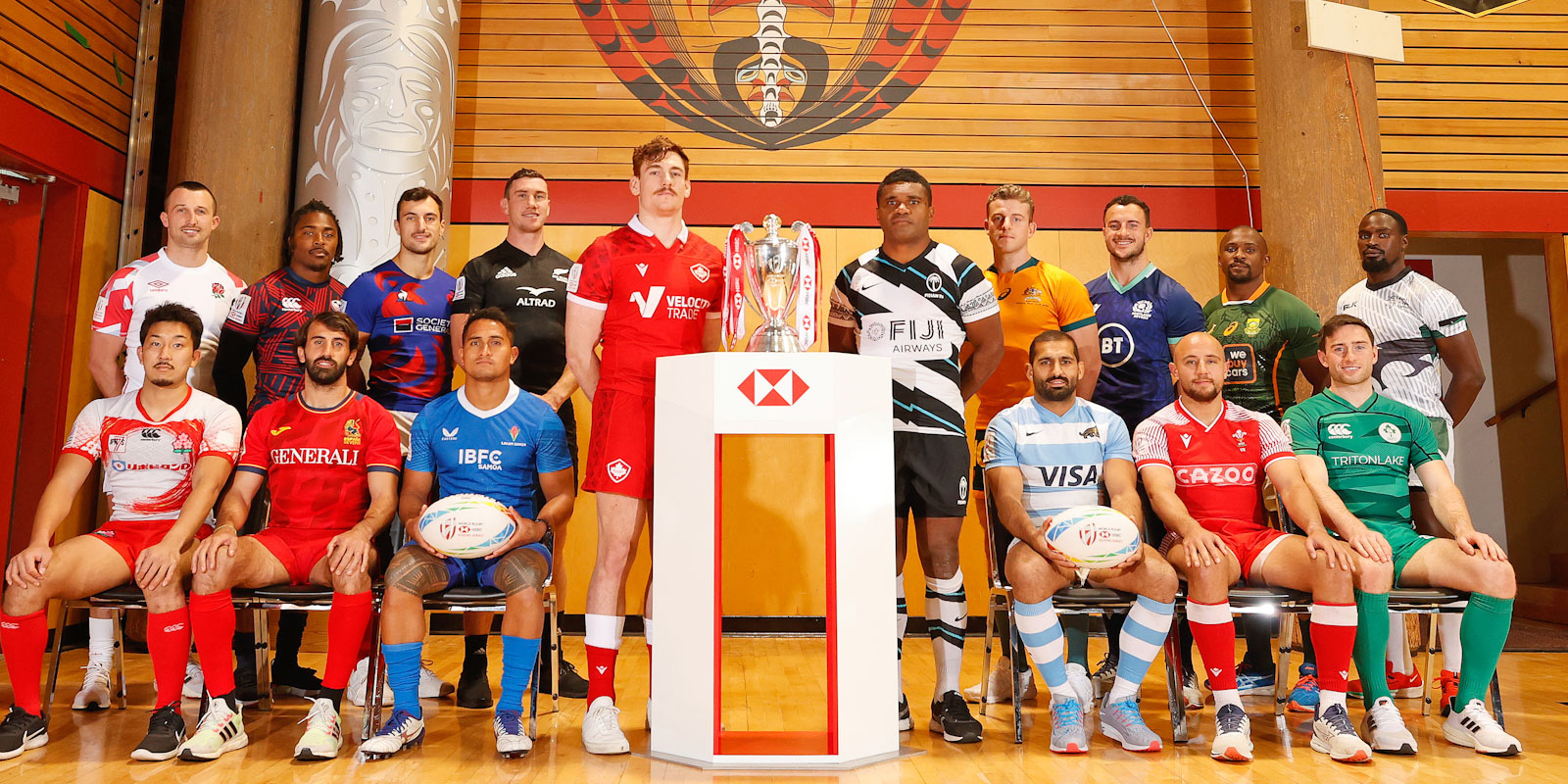 The captains at HSBC Canada Sevens.

“Last week we started the tournament with a good streak, now we are on an unwanted streak. So, things could not be more different.”

One constant that remains though, is the willingness of each player to own up to their mistakes and there was plenty of that in Canada.

“Each player accepted his shortcomings from last weekend,” added Soyizwapi.

“We are all in agreement that we never really got going. And that it is now up to us as players to change that and rebound.

“We basically went back to zero and started building from there, not only physically, but mentally. We were in a downward spiral and just have to reverse that here in Canada.”

The fact that the players embrace their drive to be the best team they can be, makes such recoveries easy, according to Soyizwapi: “We know what our standards are and what we can achieve and that is a huge driving factor this weekend.

“The numbers are telling us that we were not good enough last weekend and that hurts. We will be back to our best.”

The Blitzboks are the defending champions in Vancouver and won two of the last three HSBC Canada Sevens tournaments hosted in BC Place Stadium.

The SA Rugby Sevens Academy side, boosted by a number of Blitzboks, will have an early opportunity to impress newly appo...

Nominees for Players' Player(s) of the Year announ...

Blitzboks sign off in style as Powell bids farewel...

It was the farewell Neil Powell deserved as the long-serving head coach of the Springbok Sevens team and although it was...

The Toyota Cheetahs will be looking to remain unbeaten in a tricky Carling Currie Cup match in Cape Town against the DHL Western Province, and the Sigma Lions will be desperate to break their losing streak in the competition against a confident Windhoek Draught Griquas in Johannesburg.

Springbok Women's Sevens coach Paul Delport has named a group of 14 players as the team move into the final preparation phase for the Rugby Africa Women's Sevens Cup, to be played in Tunisia at the end of the month.

Reflection was a proper reality check for Blitzboks

A 14-hour flight between two continents normally means a good meal, a good movie and a good sleep for regular international travellers, but this time around, the Springbok Sevens squad did not do the usual things when they travelled from Singapore to Vancouver.

The Toyota Cheetahs moved to within a point of Carling Currie Cup log leaders the Vodacom Bulls as they were made to work hard for victory over DHL Western Province on Friday, while Windhoek Draught Griquas maintained their push for a playoff spot thanks to a last gasp win over the Sigma Lions on Thursday.