Reflection was a proper reality check for Blitzboks

A 14-hour flight between two continents normally means a good meal, a good movie and a good sleep for regular international travellers, but this time around, the Springbok Sevens squad did not do the usual things when they travelled from Singapore to Vancouver.

But then, it was not normal circumstances on a chartered flight that transported the HSBC World Rugby Sevens Series participants between the fifth and sixth stops of the global tour, as the Blitzboks boarded the airplane with three consecutive losses fresh in their minds.

So instead of the movie, a review of those matches was on the menu for the team and according to JC Pretorius, they used it to their benefit.

“The long flight turned out to be very productive as it gave us time to have a very good look at ourselves,” said Pretorius.

“The reviews made it clear that we did not execute well enough in Singapore and the implementation of our roles and responsibilities were not looked after.”

The disappointment felt by their supporters was also felt by the players, who pride themselves on playing for their country on the world stage, added Pretorius: “It was a reminder of what we play for and what the badge stands for. We have massive respect for the badge, but our performances did not reflect that.”

“I can recall that in 2019, we finished eighth in Las Vegas and the next weekend, we won here in Vancouver,” he said.

“So, with reflection and time to work on this, we will be competitive again this weekend. Tactically we did not execute and that is something we can fix.” 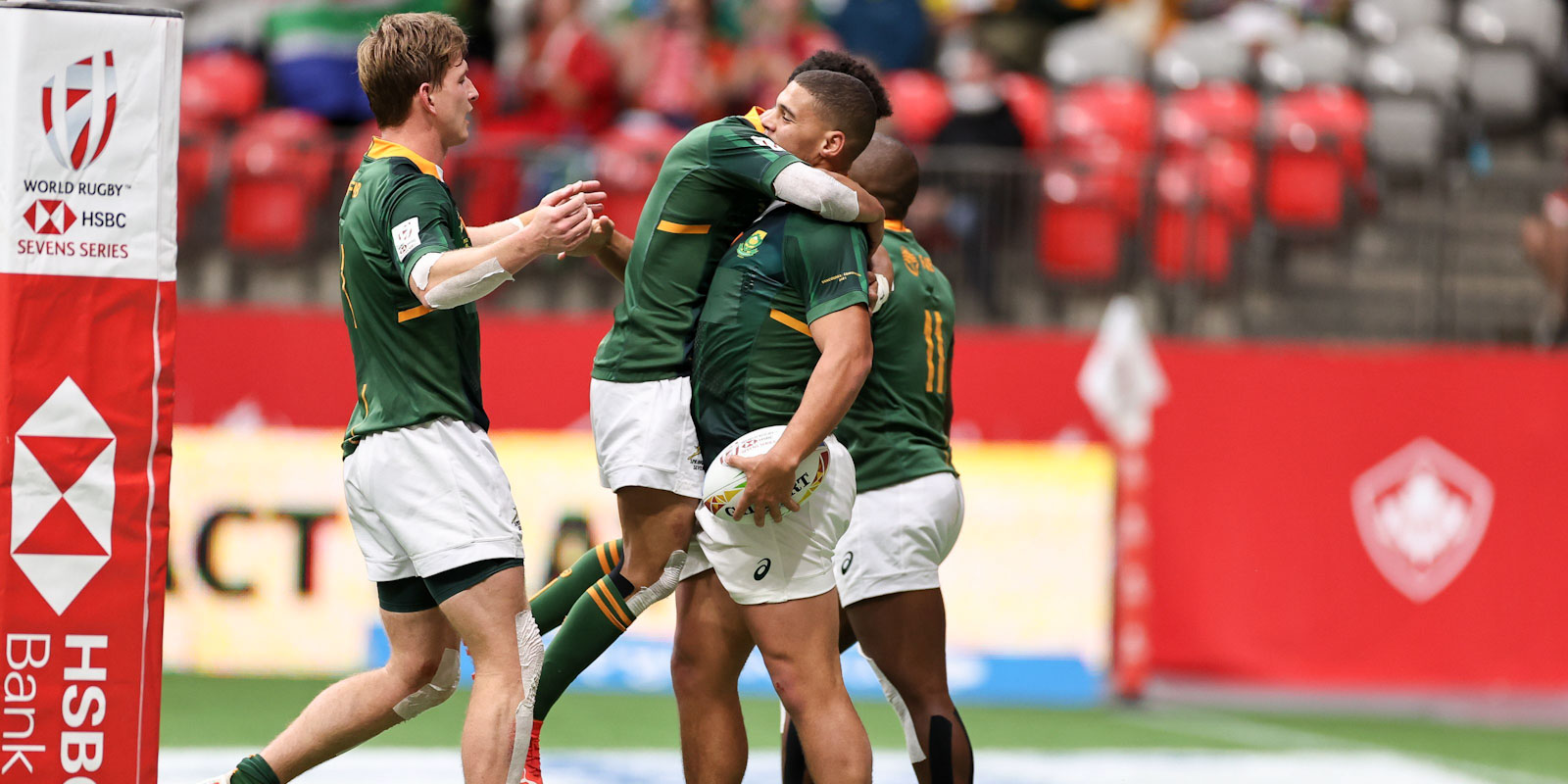 Zain Davids echoed these sentiments: “As a professional sportsman, you need to be able to make adjustments in order to get better or to get a different result.

“For us as a team, we have the opportunity to do so this week. We have a job to do. We did some good things, so we need to continue with that. But the reality is that we did not always play to our standards and that cannot happen again,” the experienced forward said.

The change of country and continent also brought a total change of weather.

“We were sweating in the humidity of Singapore and today, on our way to training, it was snowing here in Vancouver. A total reversal of weather, like we hope to have with our performances,” added Davids.

The FNB Varsity Cup semi-final lineup has been confirmed with UFS Shimlas set to host UP-Tuks in Bloemfontein, and the UCT Ikeys pitted against Western Cape rivals Maties in Cape Town, with both matches scheduled for next Monday.

Bulls to host WP in SA Rugby U20 Cup Final

The Vodacom Bulls will host their DHL Western Province counterparts in the final of the 2022 SA Rugby Under-20 Cup competition at Loftus Versfeld in Pretoria, following their 78-3 away victory over Eastern Province U20 last Saturday.

Mr Mark Alexander, President of SA Rugby, expressed his condolences to the family, friends and team-mates of Liyabona Teyise, a pupil and first team rugby player at Dale College in King William’s Town in the Eastern Cape, who sadly passed away over the weekend following an injury sustained during a match.