Blitzboks to keep pushing for that perfect game

Despite the lack of game time in the last year, the Springbok Sevens squad can ill afford one sub-standard training session as it could come back to bite them at a vital stage when the season finally resumes.

That is the firm belief of Blitzboks captain, Siviwe Soyizwapi, as they prepare for a warm-up tournament in Spain next month. They are due to depart for Madrid on 14 February.

The Olympic Games in Tokyo loom large for the Blitzboks and the trip to Japan in July is driving their effort to be at their very best, Soyizwapi explained as the team returned to full training at their Stellenbosch base.

“We cannot let our guards down when it comes to training despite the fact that confirmed tournaments are uncertain due to the pandemic," said Soyizwapi.

“That one poor (training) session will come back to haunt us in an important game, hence we are leaving nothing out there every day.”

Soyizwapi, who last played rugby more than a year ago, is very keen to blitz the rugby fields of the world again and said the trip to Madrid mid-February has energised himself and the squad.

“I picked up an injury before the guys left for Australasia in January last year and then missed the North American trip in February 2020. Then COVID stopped us from playing, so it has been a long time for me.” 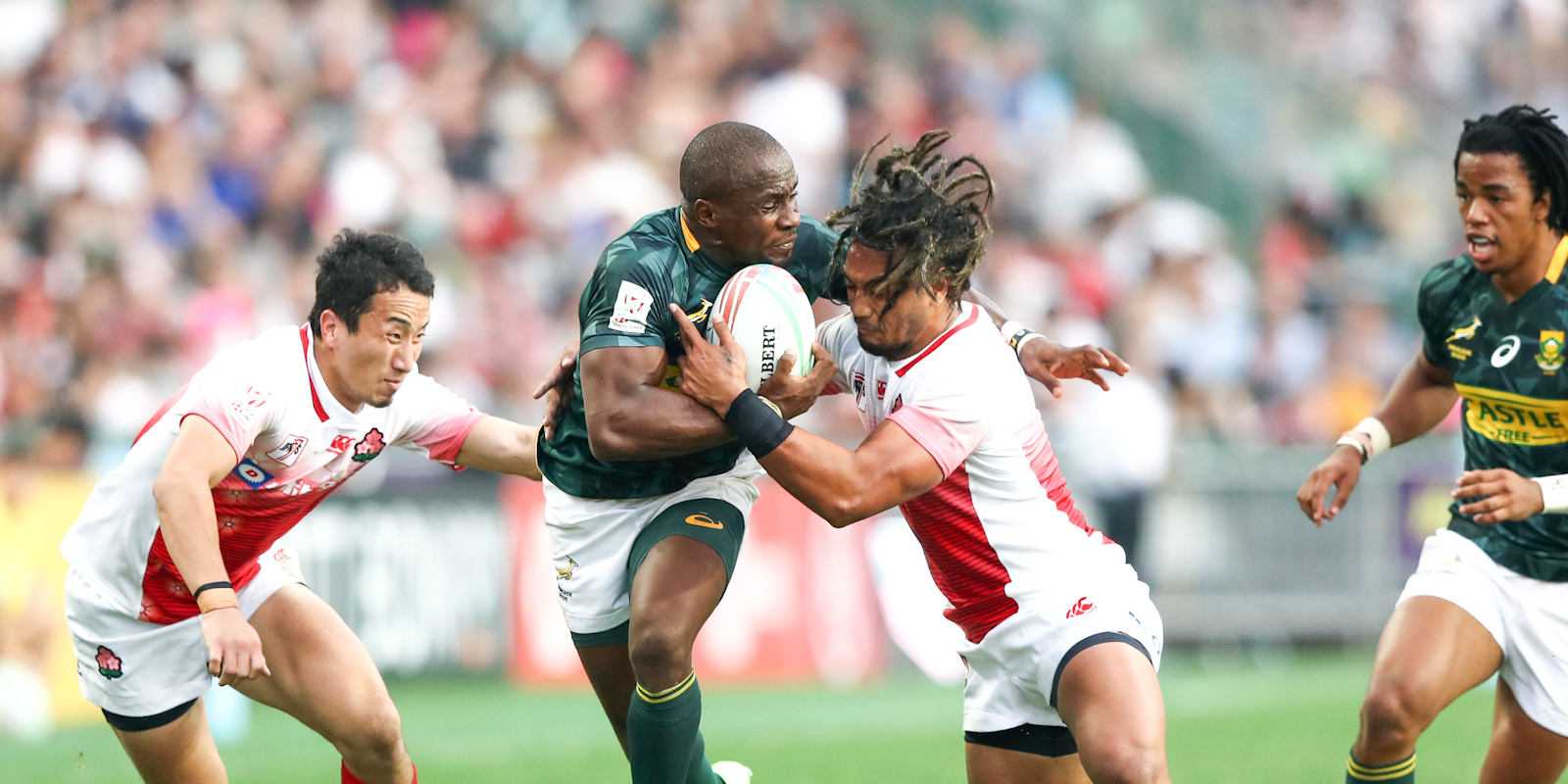 He applauded the effort from the Blitzboks in training, despite the uncertainties in schedules and tournament dates: “One has to be honest, you cannot just train and train with no matches in sight. We want to compete in matches, that is why we play the sport after all.

“So, it has been tough, but credit to the squad who never allowed that to impact on the standard of our training sessions.

“The management and coaches also played a massive role in keeping the fire burning and deserved much of the credit in us holding ourselves to account. We all realise that once the standard slips, you can go downhill very quickly.”

The two tournaments in Spain will be played on consecutive weekends – from 19-21 and 26-28 February – at the Campo UCM Central in Madrid, and will be the first arranged by World Rugby to prepare teams that qualified for the Tokyo Olympics.

“We don't know how many more tournaments we will play before the Olympics, so each one will be very important in our preparation,” said the man known as ‘Shakes’ amongst team-mates and friends.

“More than anything, these two tournaments will release that pent-up energy and desire to play for the Blitzboks.

“I certainly worked through my rehab and getting back to fitness with one goal in mind, to play with these guys again. We are really keen to get going and I could feel that burst of energy in training since we came back this year.”

Spur gives the Springboks a new “taste for life”...

It’s South Africa’s biggest party – a meeting for 57 000 friends under sunny skies with a rugby tournament attached. And...

Every inch will count when the Vodacom Bulls and Cell C Sharks cross paths in the Carling Currie Cup final in Pretoria on Saturday in what promises to be an epic battle.

The Springbok Women will hit the ground running at the Rugby World Cup in New Zealand in September after being drawn to face France in their opening match in Auckland.

SA Rugby President, Mr Mark Alexander, paid tribute to former Springbok player Gerard Peters, who played in the colours of the erstwhile SA Rugby Union and passed away last Tuesday at the age of 75.

Mr Mark Alexander, President of SA Rugby, extended his deepest condolences to the family of former Golden Lions Rugby Union CEO, Manie Booysen, who died on Saturday at the age of 66 years old.

The Vodacom Bulls and Cell C Sharks were forced to leave the field at Loftus Versfeld in Pretoria due to lightning within a radius of seven kilometers after the first quarter of the Carling Currie Cup Final.