The men from Pretoria won a thrilling match by 26-19 – it was the first Carling Currie Cup final since the season-finale in 2006 that went to extra time (when the Toyota Cheetahs and Vodacom Bulls shared the title) after the scores were tied at 19-19 after 80 minutes.

The score stayed unchanged until the 98th minute when a try by Springbok loose forward Arno Botha, who came on as a replacement, broke the deadlock and secured the Vodacom Bulls their second title of the reworked season, after they also won Vodacom Super Rugby unlocked two months ago.

Botha’s try – his second of the match – broke the hearts of a gutsy Cell C Sharks team, who held a 13-9 lead after lightning interrupted the first half.

Before that, the match was on a knife’s edge for most of the time, although the KwaZulu-Natalians were left wondering what might have been had their flyhalf, Curwin Bosch, landed all his kicks at goal.

The Cell C Sharks regularly unsettled the Vodacom Bulls at the breakdowns and scored a brilliant try through Springbok wing Sbu Nkosi just before the break, but the home team never gave up, despite their kickers, Morne Steyn and Chris Smith, also missing a number of shots at goal.

They hit the ones that mattered though. A penalty goal by Smith two minute before the end of regulation time pulled the scores level and forced extra time, and Botha’s match-winner ultimately allowed Vodacom Bulls captain Duane Vermeulen (No 8) to lift the Carling Currie Cup.

Although the Vodacom Bulls conceded more penalties (15-14), they had the better of their coastal opponents in the set pieces. The men from Pretoria won 100% of their lineouts and 90.9% of their scrums, and disrupted the Cell C Sharks’ tall timber, with the visitors losing five out of 15 lineouts on their own throw.

The home team also outkicked their opponents and had the upper hand on defence, where Springbok flanker Marco van Staden led their charge with nine tackles. In total, the Vodacom Bulls were successful with 90% of their tackles, while the Cell C Sharks were close 86%.

Afterwards, Vodacom Bulls Director of Rugby Jake White praised his team for their resilience and lauded the impact of their bench: “I’m really proud of the way we stuck in there. We had a chance on the hooter to win and then they got a penalty [in extra time] and they missed it. It was incredible.

“The one thing I really enjoyed was the way our bench and the reserves actually came on and handled the pressure. Obviously, that’s the thing you want to see from a team going forward. 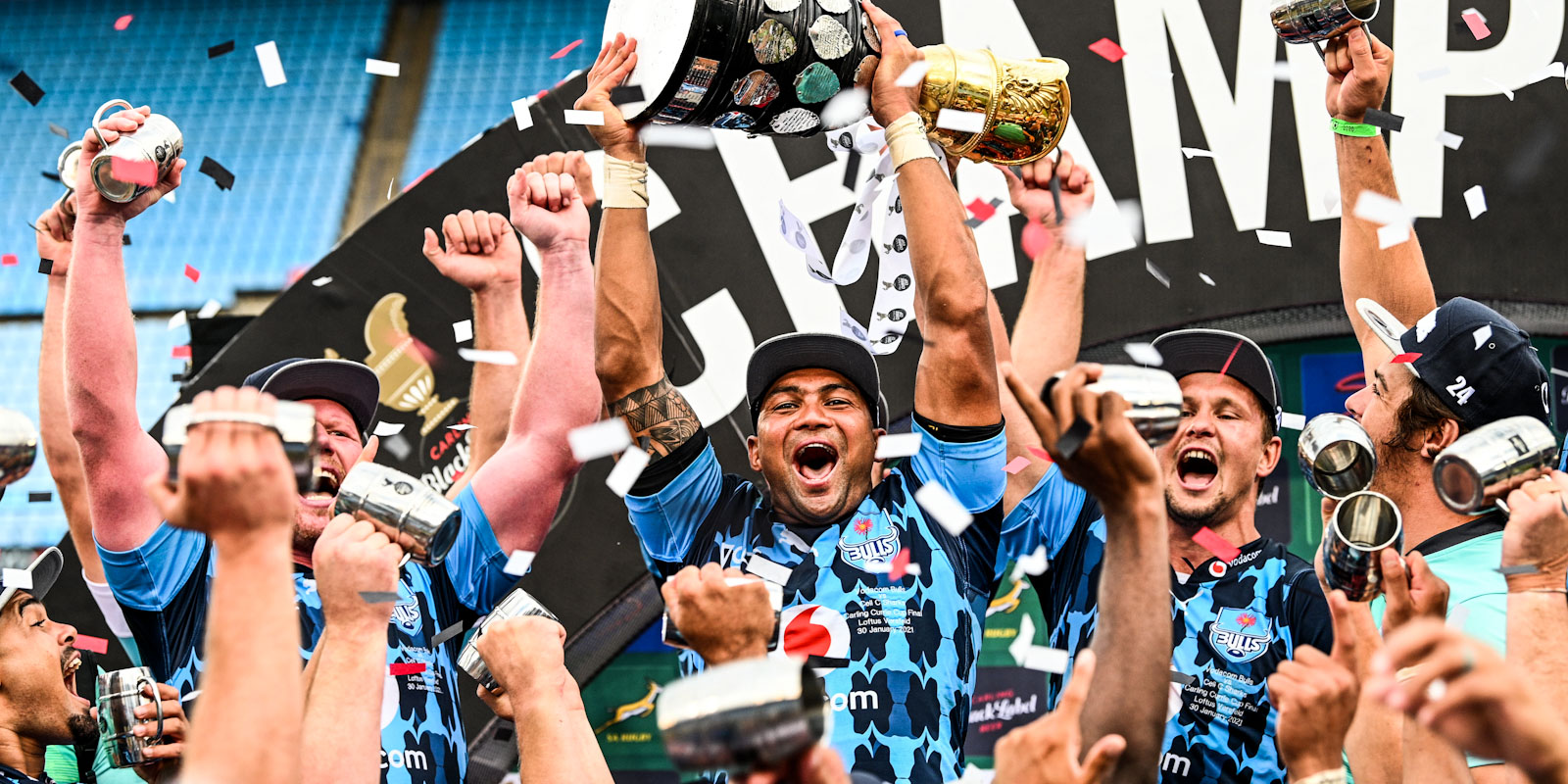 “The bench was really composed when they came on, but they get that because they have been on the field many times this season. They get comfort out of the fact that this isn’t the only game they have come from behind to win. It’s definitely something we are really happy about,” added White.

Sean Everitt, head coach of the Cell C Sharks, was a disappointed man afterwards, but refused to blame Bosch’s errant aim for the defeat.

“The players are gutted, and I’m gutted for them – they fought hard for 100 minutes,” said Everitt.

“Everyone wrote us off, but we won our semi-final and today we pushed the Bulls all the way. I’m really proud of the guys and we still see the season as a success.

“But I’m not disappointed that Curwin didn’t kick everything over. He has done it time and time again for us this year. Maybe today wasn’t up to the standard that we’re used to from Curwin, but the guy has been amazing us. He has pulled us out of the trenches before, but unfortunately today it didn’t go his way.”

World Rugby has made the difficult decision to recommend the postponement of Rugby World Cup 2021, scheduled to be hoste...

The list of nominations for the SA Rugby Player of the Year Awards for 2020 has a distinct blue tinge to it, with the Vo...

SA Rugby announced on Monday that coaches, parents and players from schools across the country will be invited to a seri...

Ulster have their work cut out in Guinness PRO14...

Ulster will have their work cut out when they host Leinster in the plum fixture in the next round of the Guinness PRO14 ...

The Vodacom Bulls scored 12 tries to one as they comprehensively outplayed Eastern Province by 87-10 in their 2021 Kick-...

SA Rugby President, Mr Mark Alexander, paid tribute to former Springbok player Gerard Peters, who played in the colours of the erstwhile SA Rugby Union and passed away last Tuesday at the age of 75.

Mr Mark Alexander, President of SA Rugby, extended his deepest condolences to the family of former Golden Lions Rugby Union CEO, Manie Booysen, who died on Saturday at the age of 66 years old.

The Vodacom Bulls and Cell C Sharks were forced to leave the field at Loftus Versfeld in Pretoria due to lightning within a radius of seven kilometers after the first quarter of the Carling Currie Cup Final.