The result means the men from Durban made it four from four to consolidate their position at the top of the league standings with 18 points. Chamberlain, who was named Champion of the Match, kicked four penalty goals in each half to seal the result.

Cell C Sharks coach Etienne Fynn made a few changes to the starting team that beat the Lions 45-31 in Johannesburg on 19 February, and his charges hardly skipped a beat in the early stages of the match.

They put the home team's scrum under pressure from early on, forcing a few penalties, while the Lowvelders also compounded matters by making several errors at the breakdown.

This allowed Chamberlain to use his kicking boot to good effect, landing four crisp penalty goal attempts to hand his side a deserved 12-0 lead at the halfway stage of the first half.

Try as they might, but the Airlink Pumas just could not get into the game, mainly as a result of several handling, scrum and breakdown errors. 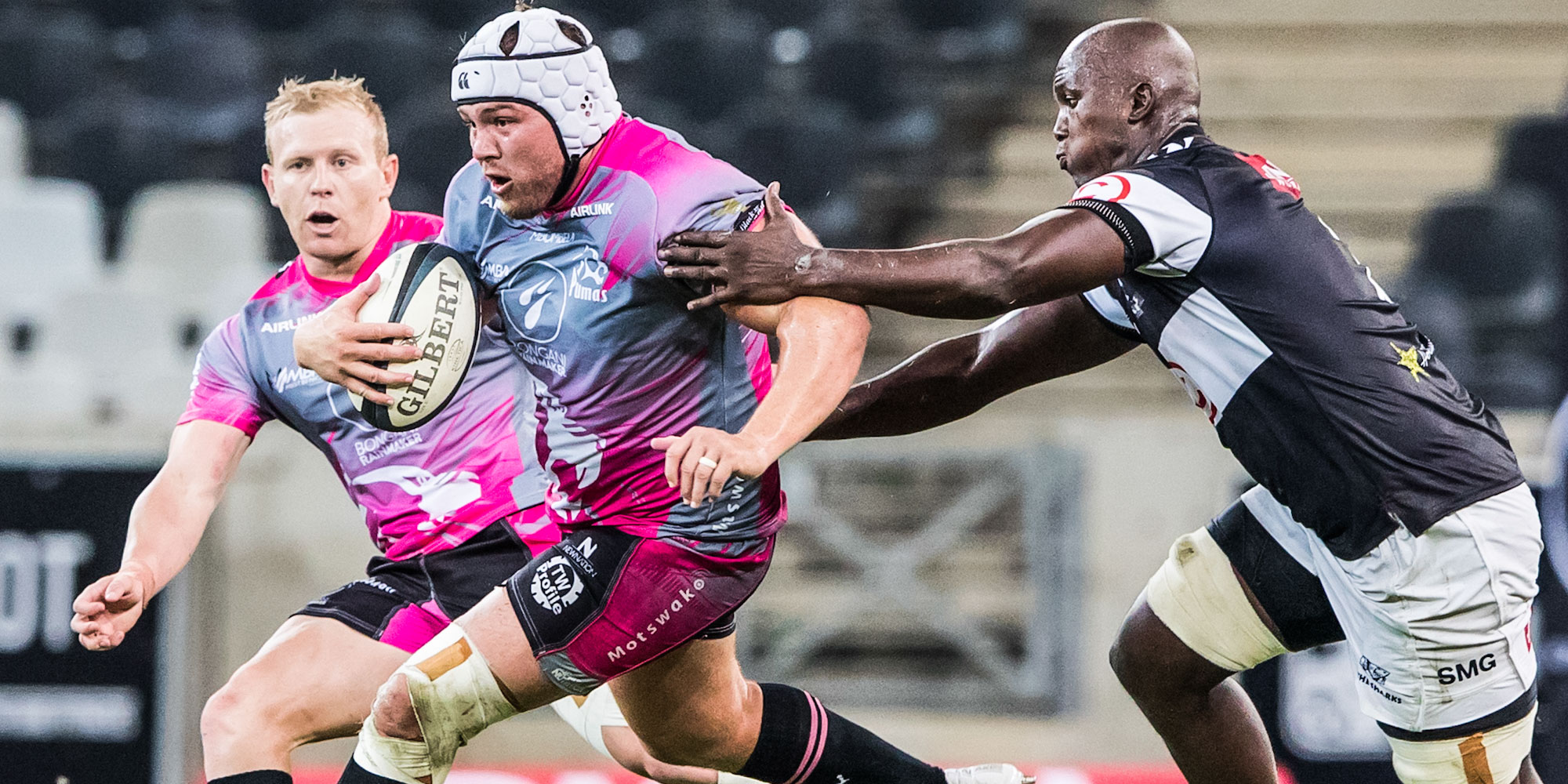 Corne Fourie on the charge for the Airlink Pumas.

The Lowvelders then scored a brilliant long-range try after the restart, from a turnover, when they ran the ball from inside their own 22. The ball changed hands several times by way of some deft offloads.

Speedy blindside flanker Anele Lungisa was on hand to take the final pass and dive over in the corner for a magnificent team try. De Beer nailed the conversion from the touchline to cut the visitors' lead to 12-10 on the stroke of halftime.

However, Chamberlain continued with his kicking spree in the second half to punish the home side for their numerous mistakes, while the visitors' defence held firm.

The Airlink Pumas' set piece and general play improved in the second half, however, the Cell Sharks did enough to manage the game out successfully for their fourth win in a row.

Munster, fresh off a big win last weekend, lead the charge with three other Northern Hemisphere Vodacom United Rugby Championship contenders heading to South Africa this week for their first forays into the Southern Hemisphere.

Mr Mark Alexander, President of SA Rugby, congratulated the six nominees from rugby in seven categories of the 15th annual SA Sport Awards that were announced on Saturday.