All three these Carling Currie Cup Premier Division matches will be televised live on SuperSport.

The Cell C Sharks face a tricky away assignment against the Airlink Pumas in Nelspruit where kick-off is set for 19h00 on Friday, with Sanele Nohamba named to start at scrumhalf for the visitors.

Nohamba has played off the bench in all three previous outings and he now gets a big opportunity as starting halfback partner to Boeta Chamberlain (flyhalf) in a strong-looking starting side for the away trip to the Lowveld.

The in-form Durban side defeated the Sigma Lions 45-31 in Johannesburg in their previous outing almost two weeks ago to move to the top of the standings, making it three from three and 14 out of a maximum 15 points on offer.

The Airlink Pumas also trumped the Sigma Lions by a big score in their second match of the competition, but subsequent losses to Tafel Lager Griquas and the Toyota Cheetahs mean they will be desperate for a good performance against the high-flying Cell C Sharks.

On Saturday in Kimberley, fourth-placed Tafel Lager Griquas host the third-placed Vodacom Bulls at 14h30, with the men from the Northern Cape eager to build on their exciting win over the DHL Western Provinces in the previous round. 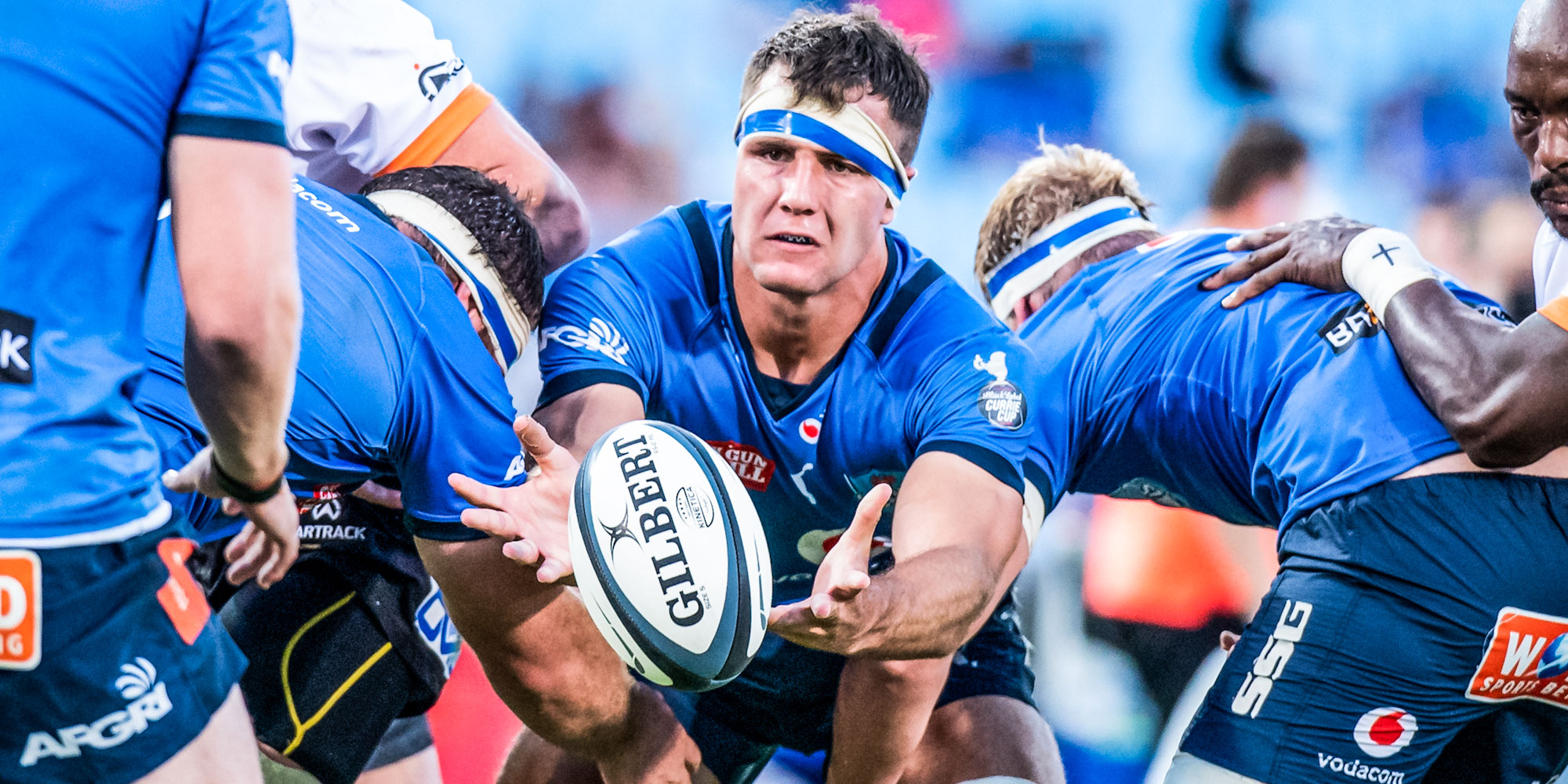 Reinhardt Ludwig in action for the Vodacom Bulls.

Following their loss to the Toyota Cheetahs on 2 February in Bloemfontein, the Vodacom Bulls had a bye and as a result of their inaction, they slipped from first to third position on the log. Gert Smal’s team will no doubt be in a determined mood to bounce back to winning ways in Kimberley.

However, Tafel Lager Griquas will be in equal determined mood to build on their thrilling 22-20 win over the DHL Western Province in the previous round. Home ground advantage to the Kimberley outfit makes this a very interesting encounter against the defending champions from Pretoria.

Last year, the men from Pretoria comfortably won their only match against the Peacock Blues (56-33), but it was at Loftus Versfeld, and they know a trip to the Northern Cape provides different challenges, as Tafel Lager Griquas have proved by winning both their home matches this year.

The final game of the round kicks off at 17h00 on Saturday in Bloemfontein, where the second-placed Toyota Cheetahs will start as firm favourites against the Sigma Lions, who are yet to register a win in this year’s competition and sit at the bottom of the log.

The hosts have called up speedster Malcolm Jaer to replace the injured Springbok wing Rosco Specman. Jaer’s inclusion is one of a number of rotational changes made by coach Hawies Fourie as the Free Staters look to continue with their impressive run.

The men from Johannesburg will rock up in the Free State with a number of experienced campaigners in the backline, with Tiaan Swanepoel (fullback), Rabz Maxwane (right wing), and Fred Zeilinga (flyhalf) all expected to add some calmness to their play against the dangerous Toyota Cheetahs.

DHL Western Province have a bye this weekend.

Tourists under pressure to win before they get to SA

With no South African teams involved in the next round of the Vodacom United Rugby Championship, the six games to be played this weekend will provide a pointer to what can be expected from the four teams that will start tours of South Africa the following week.