The revised schedule for the PRO14 Rainbow Cup SA will see three consecutive “Super Saturdays” of top-class local rugby action, starting next weekend on 1 May with encounters in Cape Town and Pretoria. 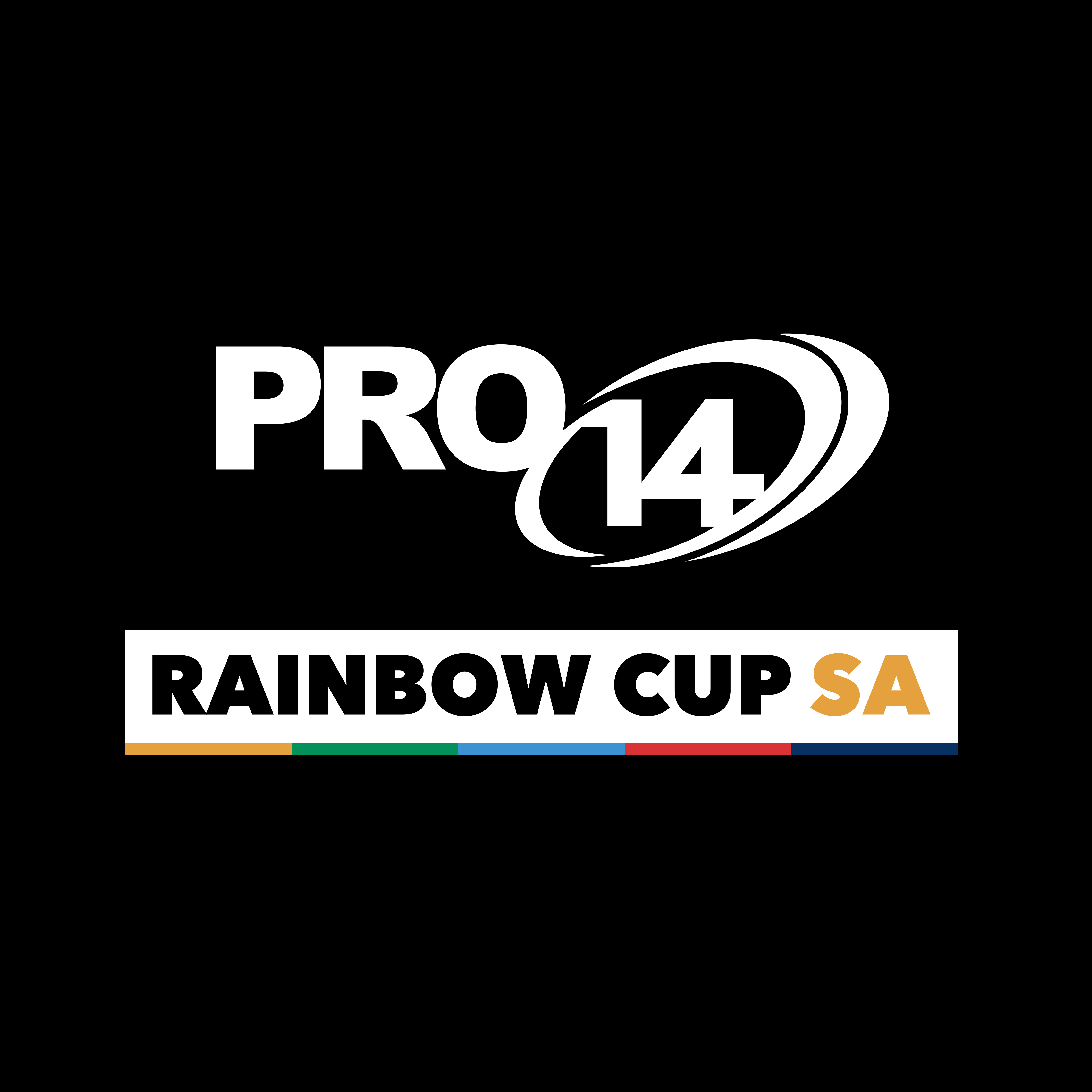 SA Rugby and PRO14 Rugby announced the amended fixtures and kick-off times for the PRO14 Rainbow Cup SA on Friday. All the action will be broadcast live in South Africa on SuperSport, as well as in the UK and Ireland by eir Sport (ROI) and Premier Sports (UK).

The opening match is a coastal clash between the DHL Stormers and Cell C Sharks at Cape Town Stadium (14h00), followed by the Jukskei Derby between the Vodacom Bulls and the Emirates Lions at Loftus Versfeld (19h00), where some interesting law trials will be at play.

“It’s a pity we could not have the competition as we first envisaged it, but to see these four teams slug it out over seven weeks is sure to bring out the best in South African rugby,” said Jurie Roux, CEO of SA Rugby.

“We are very grateful to SuperSport for being so accommodating in the late changes, and to our friends in Europe for allowing our teams to continue in the competition they’ve been preparing for.”

Rassie Erasmus, Director of Rugby, said it would have been good to see the South African teams take on the might of European club rugby as the Castle Lager Lions Series moves closer.

“We’ll have to wait a bit longer to face the best club sides of Ireland, Italy, Scotland and Wales, but in the meantime we’ve got a tough competition that will hopefully prepare our players for what promises to be a massive series against the British & Irish Lions,” said Erasmus.

The Cell C Sharks are scheduled to host the Emirates Lions in round two of the Rainbow Cup SA.

“The rugby we saw when the season restarted last year was hot and cold, but it got better and in the 2021 Kick-Off Pools the teams were looking much better, and hopefully they can take that form and intensity into the Rainbow Cup SA.

“It was also good to see a number of younger players putting their hands, while our established and experienced players underlined their class. The PRO14 Rainbow Cup SA provides another opportunity for players to stake claims for higher honours and I’m excited to see what our teams can conjure up in the next few weeks.”

The normal Guinness PRO14 points’ system will be used – four points for a win, bonus points for scoring four tries or more, or for losing within a margin of seven points or fewer, and two points to each team for a drawn match.

Rounds four to six will see a reverse of the first rounds of fixtures between 22 May and 12 June, with a bye for all four teams, details of the kick-off times which will be confirmed in due course.

Note: All fixtures are subject to change.

World Rugby has launched ‘A Global Sport for All – True to its Values’, a new strategic plan for the advancement and growth of the sport through to 2025.

The Springbok Sevens team returned to full training at their Stellenbosch Academy of Sport base this week, with their eyes firmly fixed on their main goal for the season – success at the Olympic Games in Tokyo in July.