The home side held a 13-3 lead at the break and had to show strong defence in the second stanza to keep the determined visitors at bay at Jonsson Kings Park.

They started the match with plenty of enthusiasm and intent and played with a good tempo to pin the Emirates Lions in their own half.

In addition to scoring the only try of the first half thanks to Werner Kok, they also made use of their scoring opportunities to convert their early pressure into points via the kicking boot of flyhalf Curwin Bosch, who has a solid game in the No 10 black jersey. 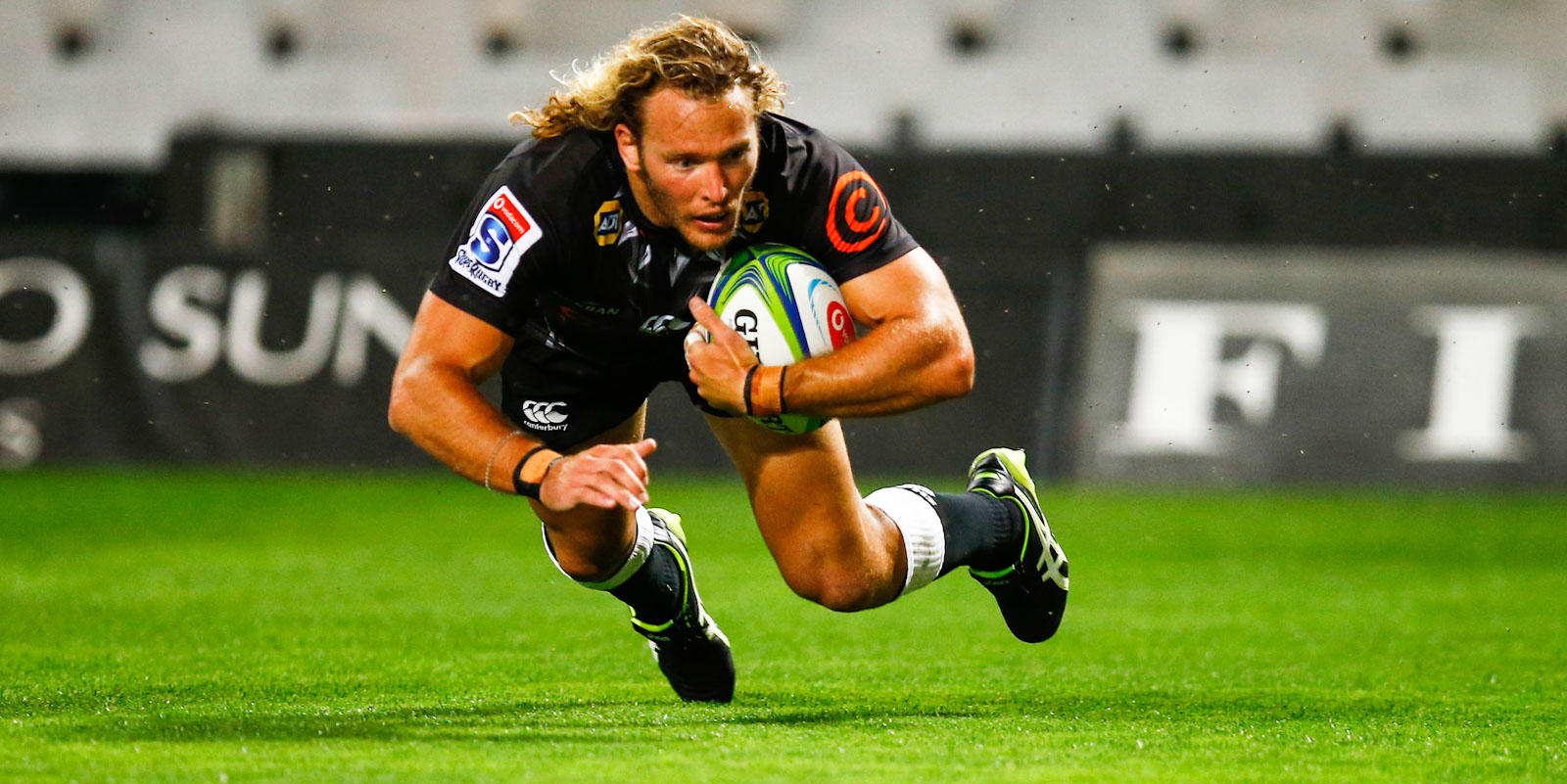 However, the Emirates Lions applied a lot of pressure in the closing minutes of the first half and then again in the last few minutes of the match to test the home defence.

Former Blitzboks star Kok gave the Cell C Sharks just the start they wanted when he was at the end of a slick move started by a Phepsi Buthelezi offload, to take the final pass from skipper Lukhanyo Am and score in the right hand corner.

Bosch slotted the conversion from a difficult angle to hand the home side an early 7-0 advantage.

The forwards got stuck in at Jonsson Kings Park

Minutes later left wing Rabz Maxwane was bundled out of touch at the corner flag as the Pride of Jozi looked to strike back, however, two sweetly struck penalty goals by Bosch increased the lead to 13-0.

Emirates Lions skipper, Elton Jantjies, then got the visitors off the mark with his only penalty goal of the first half.

The visitors finally got some momentum towards the end of the first half but they could not manage to break through the solid home defence, meaning the Cell C Sharks went into the break with a deserving 13-3 lead. 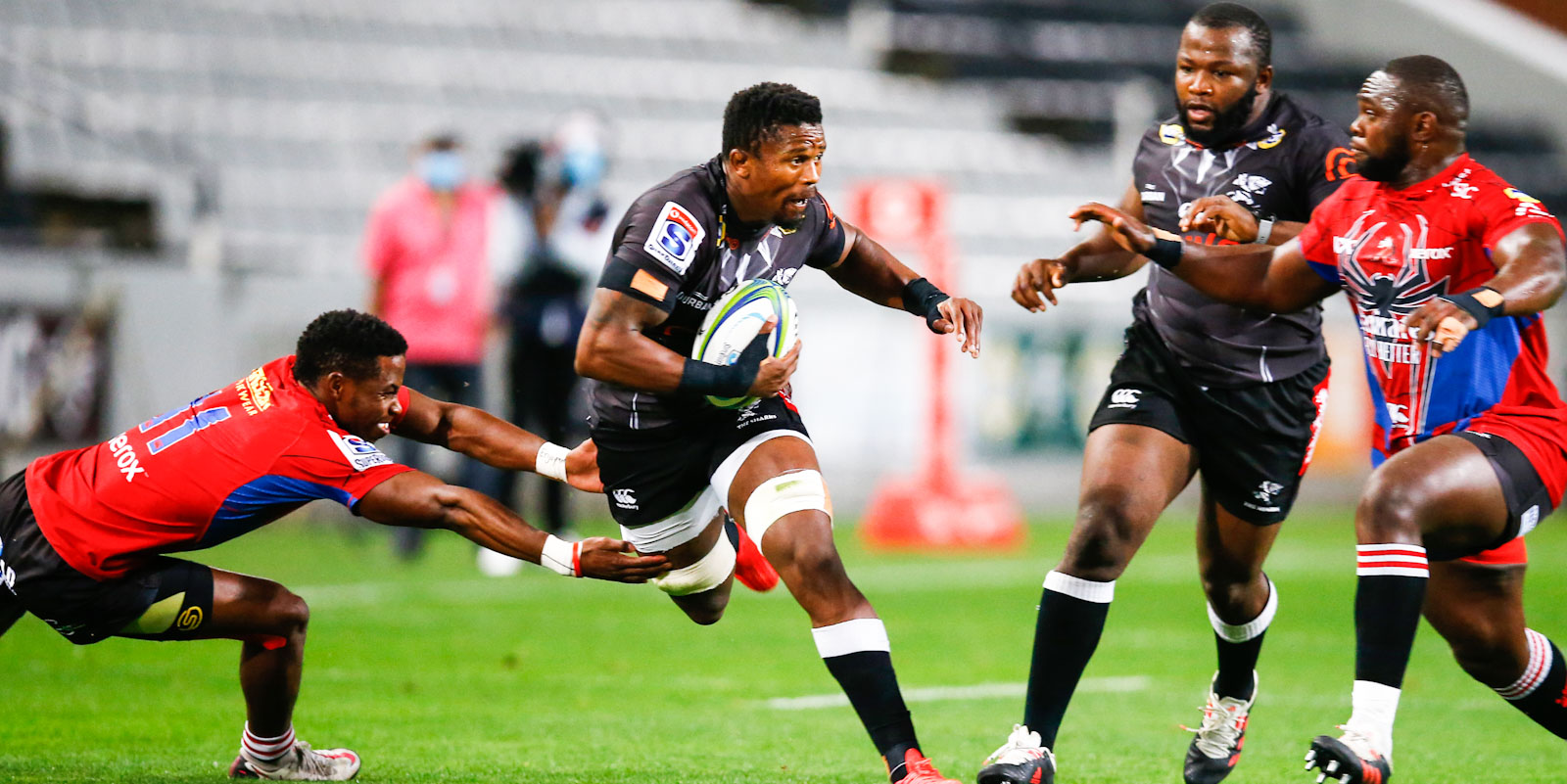 Sikhumbuzo Notshe on the charge for the Cell C Sharks

Seven minutes into the second half Jantjies produced a bit of magic when he took found Jamba Ulengo unmarked with a great cross-kick for the winger to score in the corner. Jantjies also added the extra points on offer with his successful conversion from the touchline (13-10).

Bosch and Jantjies then traded penalty goals. Jantjies hit the upright with a close-range effort in the closing stages, which would have levelled the scores, but the 19-16 final score was perhaps an accurate reflection of the closely fought battle between the two teams.

Frans Steyn, one of only two South Africans to have lifted the Webb Ellis Cup twice in their careers, will make his debut for the Toyota Cheetahs on Saturday when they host the Phakisa Pumas in the opening round of Vodacom Super Rugby Unlocked.

The Springboks’ ability to participate in the Castle Lager Rugby Championship would be finalised early next week, SA Rugby advised on Saturday.

The Toyota Cheetahs scored an impressive 53-31 win over the Phakisa Pumas in Bloemfontein on Saturday, scoring eight tries in a dominant display over their Mpumalanga rivals in their opening match of the Vodacom Super Rugby Unlocked competition.

Vodacom Bulls made to work hard by Tafel Lager Griquas

The Vodacom Bulls got their Vodacom Super Rugby Unlocked campaign off to a winning start but they had to work very hard for their 30-23 win over the Tafel Lager Griquas on Saturday evening at Loftus Versfeld in Pretoria. The sides were level (10-10) at the break in a match played in good highveld conditions.

The Springboks’ ability to participate in the Castle Lager Rugby Championship would be finalised early next week, SA Rugby advised on Saturday.