Libbok and Kok to start for Cell C Sharks in Durban

New acquisitions Manie Libbok and Werner Kok were named in the Cell C Sharks’ starting team for the opening encounter of Vodacom Super Rugby Unlocked, when the Durbanites host the Emirates Lions at Jonsson Kings Park on Friday evening.

Kick-off in Durban is scheduled for 19h00 and the match will be broadcast live on SuperSport. The Emirates Lions named their team on Tuesday.

Libbok recently joined the Cell C Sharks from the Vodacom Bulls and will run out at fullback, while Kok, a former Blitzbok stalwart, will start at left wing. Completing the back trio is the experienced JP Pietersen.

Ox Nche, Dylan Richardson and Thomas du Toit will all front up against the might of the Emirates Lions, while Hyron Andrews (lock), James Venter and Sikhumbuzo Notshe (both loose forwards) complete the inclusion of starting forwards. 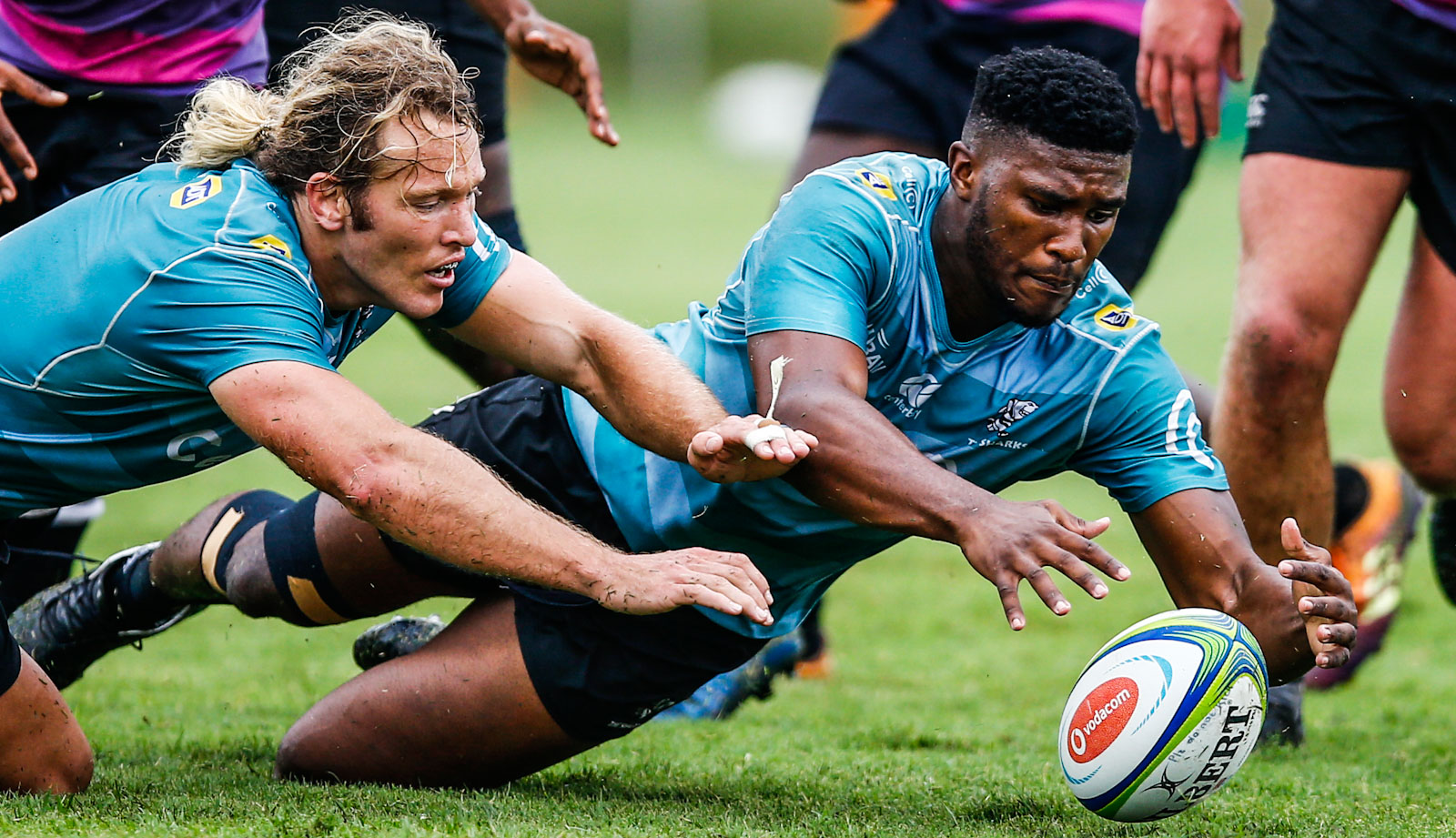 Werner Kok and Celimpilo Gumede will both make their Cell C Sharks debuts on Friday.

Five of the seven backline players named for Friday's game also played in last weekend's match – the halfback pairing of Sanele Nohamba and Curwin Bosch are joined by Libbok, Kok and Lukhanyo Am, who will again lead the Cell C Sharks into battle.

Playing off the bench, JJ van der Mescht and Jeremy Ward will no doubt want to show that their experience in Green and Gold only adds to what they bring to the table.

Venter, who donned the colours of the Emirates Lions in 2019, admits that the energy and excitement in the camp are driving the players towards delivering a big performance on Friday evening.

“Our pre-season has gone really well – we’ve trained hard and executed well – but we’ve learned our lessons from that Bulls game and now it’s about executing against the Lions,” said Venter, referring to the Vodacom Super Fan Saturday friendly won by the Pretorians at Loftus Versfeld two weekends ago.

“The camp is really excited. We knew going into the Bulls game that it was a warm-up match and we took that in our stride, although we learned a lot and will bounce back.

“This week has been about prepping for the Lions and we have trained hard, the vibe in the camp is great and we’re really excited to get stuck into Vodacom Super Rugby Unlocked.”

The Springbok Green team cut loose in the second half as they won the Castle Lager Springbok Showdown against their Gold counterparts by 25-9 on Saturday, 3 October. Catch the highlights here, courtesy of SuperSport.

Springbok loose forward Marcell Coetzee scored a crucial try for Ulster to stave off a brave Benetton fight and give the Guinness PRO14 finalists an opening 35-24 win over the Italian side.

The Castle Lager Springbok Showdown presented the national coaching staff with a much-needed opportunity to work with an extended group of players which saw some of the country’s brightest young talent rub shoulders with experienced Rugby World Cup winners.

Springbok Women’s prop Babalwa Latsha was named among 12 leading women in rugby on the African continent as Rugby Africa unveiled its list of 12 #Unstoppables who have been a beacon of inspiration to women in the game on Monday.

Frans Steyn, one of only two South Africans to have lifted the Webb Ellis Cup twice in their careers, will make his debut for the Toyota Cheetahs on Saturday when they host the Phakisa Pumas in the opening round of Vodacom Super Rugby Unlocked.