The round kicks off locally on Friday evening when defending champions, the DHL Stormers, welcome visiting Scarlets to DHL Stadium for a clash that is scheduled to kick off at 19h00, and on Saturday at 15h00, the Vodacom Bulls host the Ospreys at Loftus Versfeld.

Sunday’s other two local games complete Round 8, starting with Emirates Lions facing the Dragons at Emirates Airline Park from 16h00, followed by the Cell C Sharks’ home clash with Cardiff at Hollywoodbets Kings Park (18h10). All the matches will be broadcast live on SuperSport.

Friday’s night encounter in Cape Town between DHL Stormers and Scarlets is just the second meeting between them, with the blue and white hooped jerseys prevailing 26-21 at Parc y Scarlets at the end of May last season.

The home side will be hoping to kick on from their 31-22 away victory over the Emirates Lions during their last outing before the international break. 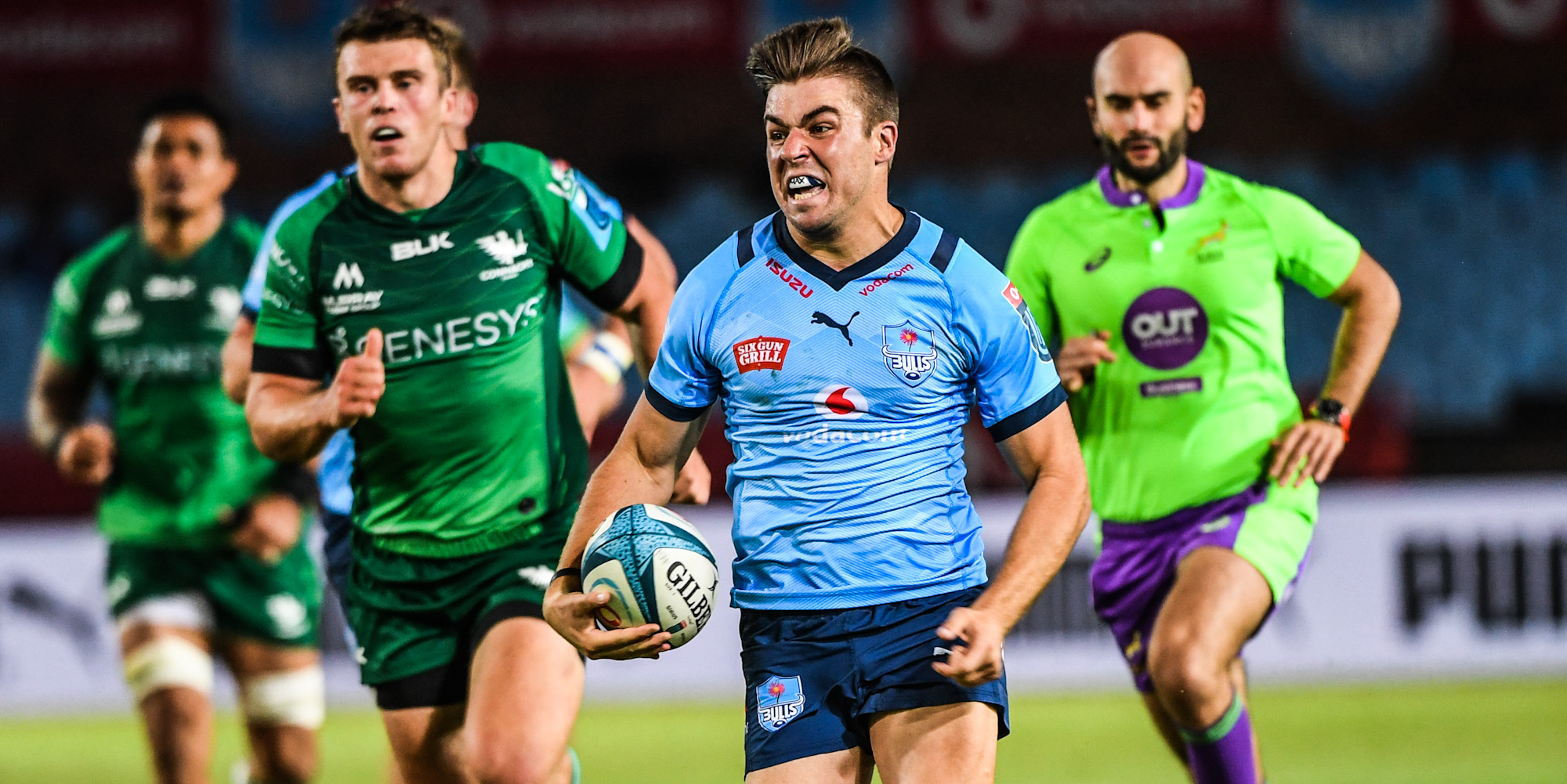 Zak Burger in action for the Vodacom Bulls against Connacht.

The strong and exciting Capetonian outfit have lost just once in this year’s campaign – a 24-30 reverse away against Cardiff on 22 October – but they have not lost at home since their 37-19 defeat at the hands of the Emirates Lions last December.

The Scarlets have won only once since April, when they clinched a 36-12 home win over Zebre Parma on 15 October, while their most recent victory over a South African side was the 36-13 home success over the Emirates Lions in October last year.

Despite that win over the team from Johannesburg, they do however face a daunting task in Cape Town where the defending champions sit fourth place on the log thanks to four wins and a draw for a tally of 24 league points, compared to the 15th-placed Scarlets’ nine points.

The Vodacom Bulls bounced back to win their last two fixtures since their 17-31 defeat against Munster in Limerick, which makes it 10 wins at Loftus since the Cell C Sharks beat them there 29-22 in February. 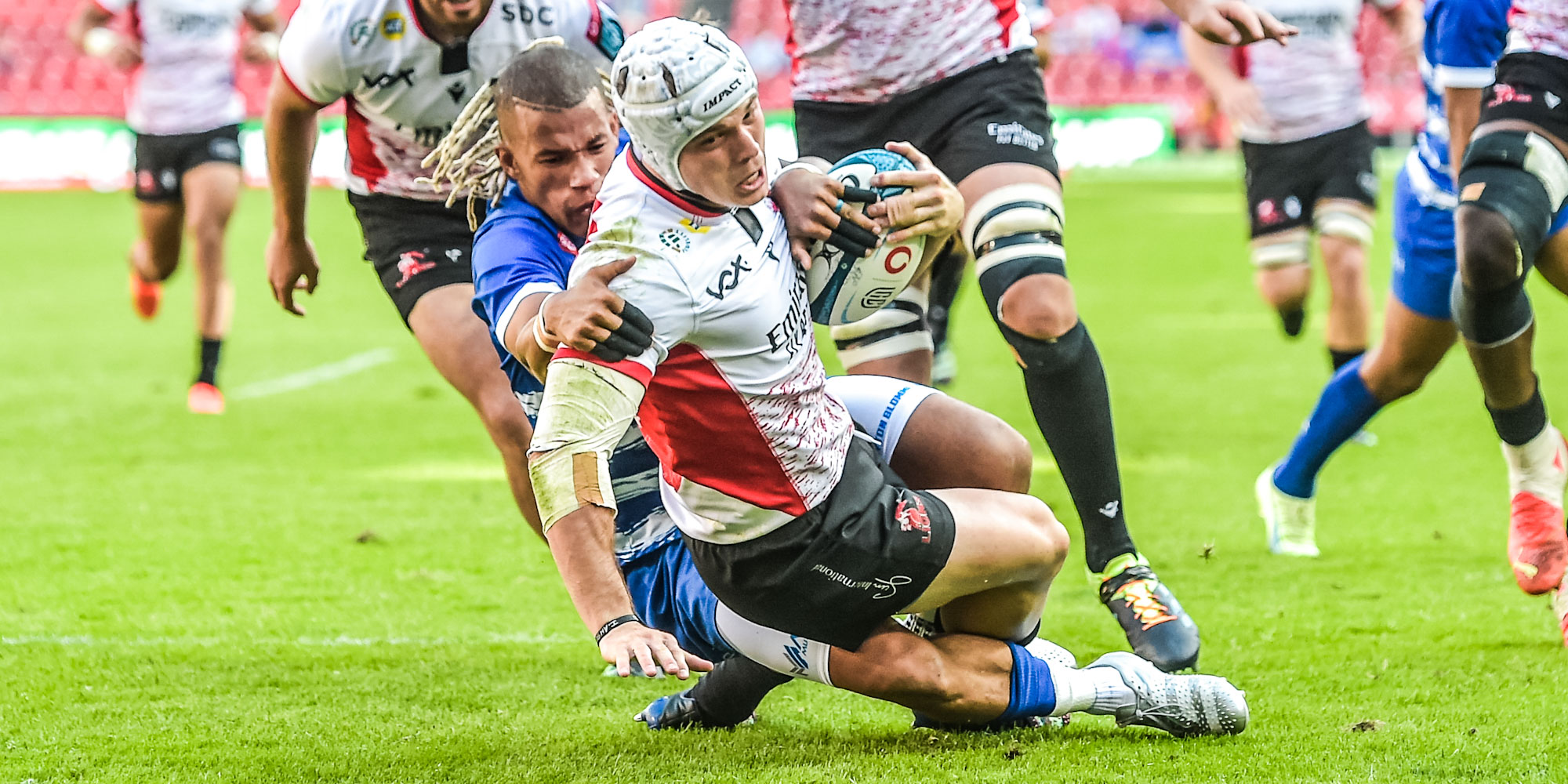 Henco van Wyk has been one of the Emirates Lions' main attacking weapons this season.

It will be the Ospreys who will have to work hard on the Highveld as their only victory since May was a 32-17 home win over to Glasgow Warriors on 1 October. The Pretoria outfit were victorious by 38-31 when the two sides last met in May in Swansea.

However, the light blue jerseys will be hoping to continue with their momentum following their 40-27 home win over the Cell C Sharks before the break. Five wins from seven have them on 24 points so far this season, in third spot on the log, while the Ospreys are lower down in 13th place.

That bring us to Sunday’s double-header in Johannesburg and Durban.

After a good tour earlier in the competition, the Emirates Lions will be looking to bounce back strongly after losing their last two matches, both at home, against Ulster and the DHL Stormers, and they have not tasted success in Joburg since beating Benetton on 30 April.

Vincent Tshituka on the charge for the Cell C Sharks.

The tenth-placed Dragons are yet to register a win following five previous visits to these shores, while the ninth-placed Highvelders won the previous encounter between them 21-11 at Rodney Parade.

The last clash of the round is between the eighth-placed Cell C Sharks and Cardiff, who occupy sixth on the standings.

It will be a tough ask for the team from the Welsh capital as the KwaZulu-Natalians have won their last five matches at home since their 5-21 defeat there to Edinburgh in March.

But Cardiff will take some comfort from the fact that they are the only Welsh team to have beaten the Cell C Sharks, at the Arms Park just over a year ago, but they will also have travelled to South Africa with the knowledge that they haven’t won outside of Wales in the Vodacom URC since a trip to Benetton in March 2021.

High stakes as teams return with Europe on the line

There should be high levels of discomfort and an element of desperation in several teams when the next phase of the Vodacom United Rugby Championship gets underway at the weekend.

The Springboks are determined to change history as they go in search of their first victory over England at Twickenham in eight years in their final Castle Lager Outgoing Tour match on Saturday, and both captain Siya Kolisi and assistant coach Mzwandile Stick said they are expecting a hard grind of a match.

The DHL Stormers kicked off the restart of the Vodacom United Rugby Championship with a comfortable 36-19 win over Welsh side Scarlets at a windswept DHL Stadium on Friday evening in Cape Town.

Nortje to captain Bulls against Ospreys and beyond

Springbok lock Ruan Nortje, named to captain the Vodacom Bulls while Marcell Coetzee plies his trade in Japan for a few months, will get a first taste of his new job when they host the Ospreys in the Vodacom United Rugby Championship in Pretoria on Saturday.

SA Rugby’s new digital fan portal BokSquad won the Best Fan Engagement Award at the 2022 South African Sport Industry Awards in Johannesburg on Thursday night, one of a number of accolades going the way of the rugby industry.