At the time, Makata was halfway into his Blitzbok career, and this weekend he is in line to make his 16th tournament appearance for South Africa in the HSBC World Rugby Sevens Series and, as the 23-year-old reflects, “a lot of things have happened since”.

The COVID pandemic hit and the structured world of international sevens became a jigsaw of cancellations and haphazard travel destinations.

Despite that, the Springbok Sevens team did not drop their standards and although there was no more post-buzzer heroics for Makata, more gold was coming, most recently at the Commonwealth Games in Birmingham, England in July.

This weekend the Blitzboks – leading Australia and Argentina in a close race to be crowned 2022 World Series winners – are returning to Los Angeles and Makata is ready, travel weary or not.

“It took us over 20 hours of travelling to get here, we have hardly eaten and not showered, so we are probably a bit weary, but we are ready to go.

“We did a ‘stay awake’ session at the beach after arrival and the beauty of the place and the friendliness of the people perked us up already.

“The fact that the last time we were here finished in our favour in such dramatic fashion is a fond memory, but now it is time for a new one and we are pretty determined to finish the job here. I have evolved as a player and a person since the last visit and although it is not that long ago, it just shows how much has happened in that time.

On the other hand Dewald Human, despite being a seasoned world traveller, arrived in the USA for the first time. He has represented his country in 17 World Series tournaments in France, England, Hong Kong, Dubai, New Zealand, Australia, Canada, Spain, Singapore and now finally, the USA.

“I always hoped that rugby would enable me to see the world and that has happened – I have heard a lot about America and Los Angeles and now I am finally here. This is a genuinely nice feeling for me, but we are not here for a holiday of course,” said Human. 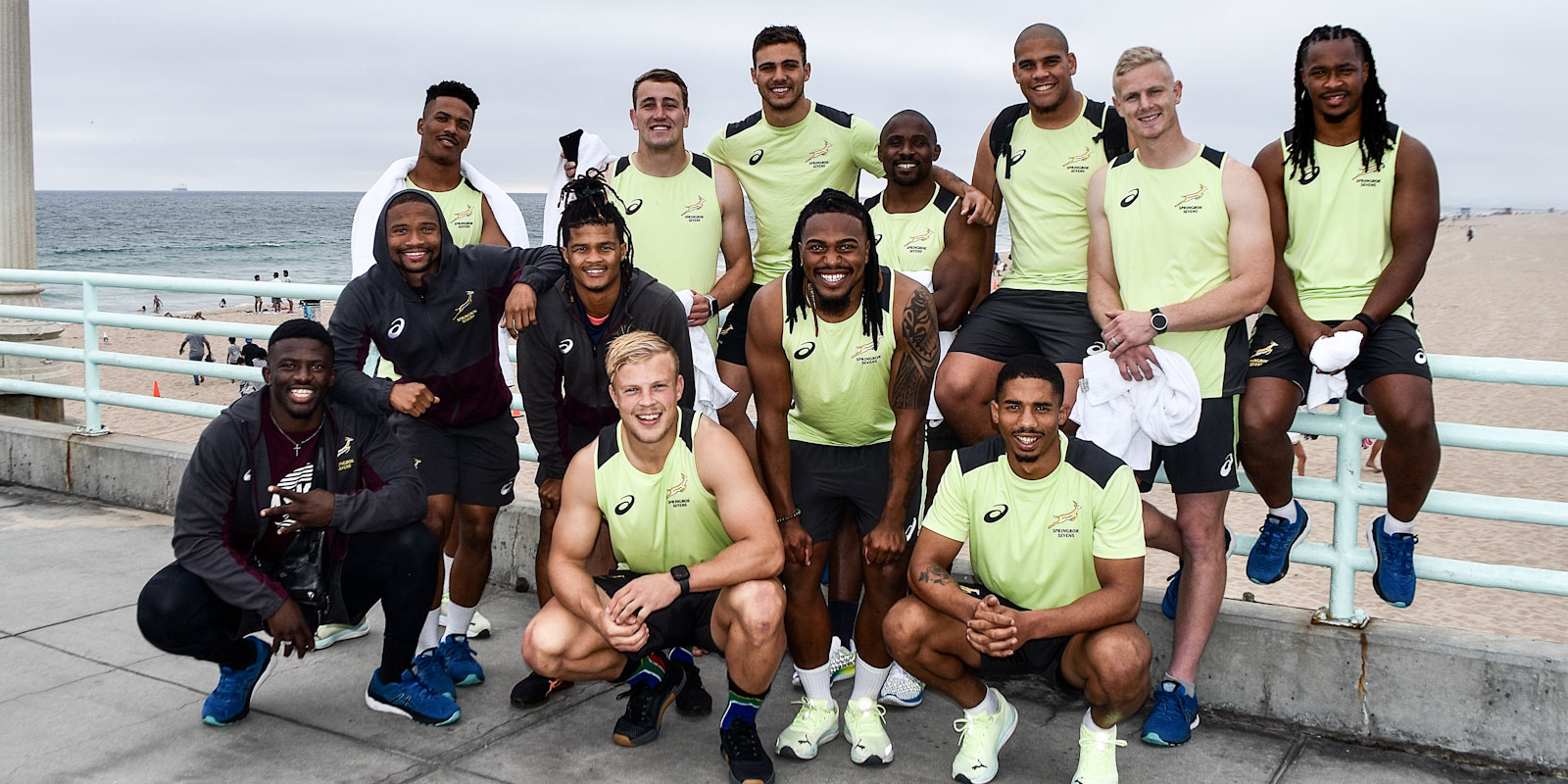 He may be a first timer at Dignity Health Sports Park, but his role in the squad will be the same as before. With the absence of Ronald Brown and Selvyn Davids, much will depend on Human's decision making in the pool matches, where South Africa will face the USA in a massive tournament opener.

“Coach (Neil Powell) told me in our one-on-one session that I can play this game and that I must go out and do that,” he said.

“We have a plan for that opening game and if we follow that, I am fairly sure we will be successful. There will always be pressure, but that is part of the game and I am not putting any additional pressure on my myself. [Selvyn and Ronald] are not here, so me and Shaun Williams will step in and take over.”

Human has won the World Series more than once before and with another on offer, the flyhalf points to their support base as their strength: “We play to make the jersey proud because that jersey represents our country and our supporters. We play for them, we did so at the Commonwealth Games, and will do so again this weekend.”

SA Rugby has issued an urgent warning to rugby supporters to beware of online websites claiming to have Rugby World Cup Sevens tickets for sale.

Springbok Women's Sevens coach Paul Delport included four players with previous Rugby World Cup Sevens experience in his training squad of 13 for the 2022 showpiece, to be played in Cape Town from 9-11 September.

Bulls and WP off to a winning start

The SA Rugby Under-21-Cup kicked off this weekend with defending champions, the Vodacom Bulls U21, getting off to a winning start in Pretoria, while down in Cape Town the DHL Western Province U21s also made a successful start to their campaign.

SA U18s identify areas to work on before second round

The two South African Under-18 teams know which buttons to push as they prepare for the next round of matches in the U18 International Series, which are scheduled to take place in Paarl on Tuesday.