The encounter, which kicks off at 13h00 and will be broadcast live on SuperSport, will be followed by the clash between the DHL Stormers and British & Irish Lions at the same venue at 18h00 as the Castle Lager Lions Series nears the highly-anticipated Test Series, starting on Saturday, 24 July.

Nienaber, who made the trip from Johannesburg to Cape Town on Friday morning with a host of players who will begin their return-to-play protocols after recovering from COVID-19, made 12 changes to the starting team in line with his strategy to give as many players as possible the chance to stake a claim for places in the Test team.

Only three players who started in the team’s 17-13 win against the British & Irish Lions on Wednesday retained their places in the starting team – Damian de Allende (centre), Marco van Staden (flank) and Joseph Dweba (hooker).

Aphelele Fassi (fullback), Rosko Specman (wing), Cobus Reinach (scrumhalf), Kwagga Smith (No 8), all of whom started in the Test against Georgia two weeks ago, are back in the starting lineup.

Fassi, who made his Test debut at wing, will form an exciting back three with Specman and the uncapped Yaw Penxe, while exciting centre Wandisile Simelane will join forces with the experienced De Allende in the midfield.

Nienaber named a physical loose trio featuring Smith, Rynhardt Elstadt and Van Staden, while Nicolaas Janse van Rensburg is promoted from the bench to the starting team where he will start alongside Jean-Luc du Preez in the second row. 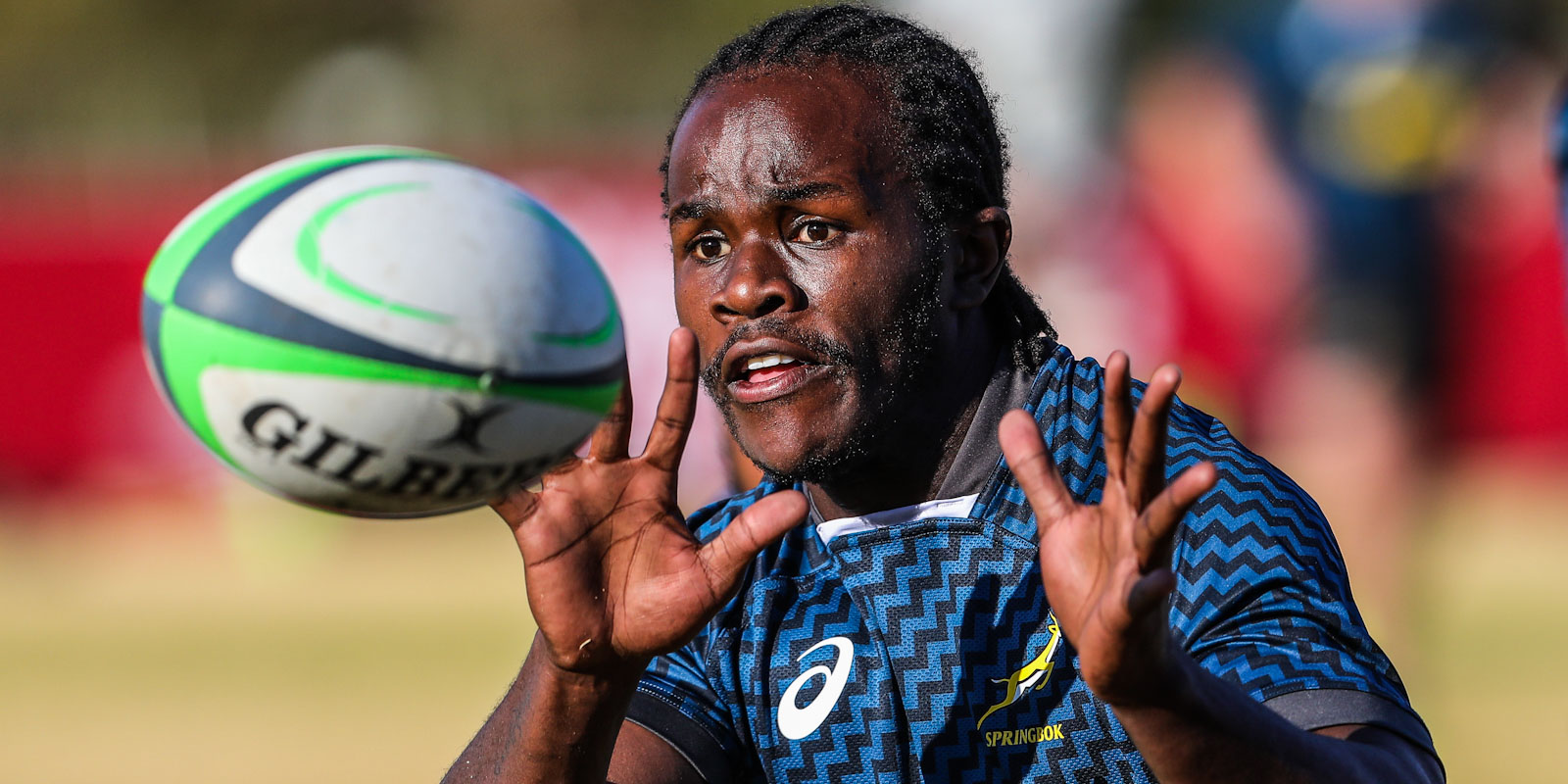 Yaw Penxe will play his first match of the Castle Lager Lions Series.

Dweba, meanwhile, will pack down with vice-captain Vincent Koch and Coenie Oosthuizen in the front row.

“We wanted another SA ‘A’ match to give all the players a chance to show what they are capable of before we enter the Test Series against the British & Irish Lions, and we are excited to give these players this valuable opportunity,” said Nienaber.

“With several changes to the matchday squad, there won’t be much continuity from Wednesday’s match, but the game time and the chance for these players to show what they can offer on the field will be invaluable with an eye on improving our match fitness and building momentum before we enter the Test Series.”

“I joined all our coaching sessions and team meetings online during my COVID-19 isolation period, so it is a real pleasure to be back in the team set-up and coaching on the field.”

The Bok coach looked forward to the clash and said: “The Vodacom Bulls have been a force to be reckoned with in domestic rugby since rugby resumed late last year after a long absence due to the COVID-19 pandemic, so we are expecting a good match-up.

“We want to make the most of this opportunity to build on our structures and systems and also to tick certain boxes before the Test matches against the British & Irish Lions.”

Marius van der Westhuizen will be the referee in this match, with Rasta Rasivhenge and Aimee Barrett-Theron his assistants, while Marius Jonker is the TMO.

All eyes will be on the Carling Currie Cup First Division this weekend where the Leopards, Boland Kavaliers and Valke will try to close the gap on the Down Touch Griffons at the top of the standings.

DHL Western Province will have their minds set firmly on defending their title when they take the field against the Border Ladies in the Women’s Premier Division final in Cape Town.

SA Rugby has launched a unique fan campaign that will rally the green and gold army behind the Rugby World Champions with the introduction of #SpringbokSaturday.

Stormers name side to face Lions in Cape Town

Ernst van Rhyn will captain the DHL Stormers in their Castle Lager Lions Series encounter with the British & Irish Lions at Cape Town Stadium on Saturday.

The British & Irish Lions completed their programme of provincial matches with a fourth straight victory, although the DHL Stormers arguably made them work harder than any of their previous provincial outings for a 49-3 victory (halftime 21-3) at the Cape Town Stadium on Wednesday evening.