The Blitzbok coach will remain in the facility for a compulsory 14-day period and will miss the Rugby Sevens tournament at the Olympic Games, to be played at Tokyo Stadium from 26-28 July.

The South Africans travelled to the southern city for a week-long training camp on Saturday. Their original Wednesday arrival had been delayed due to another incident where a passenger on their flight from Doha to Tokyo tested positive for COVID.

The squad had to go into quarantine in Tokyo till they were cleared as candidates for close contacts to the affected passenger and left for Kagoshima after that.

Powell will continue coaching the side remotely, with the on-field coaching responsibilities taken over by assistant coach Renfred Dazel.

Dazel is an experienced head coach, previously coaching the Springbok Women's Sevens side and said it has been an eventful week, but that the players were coping. 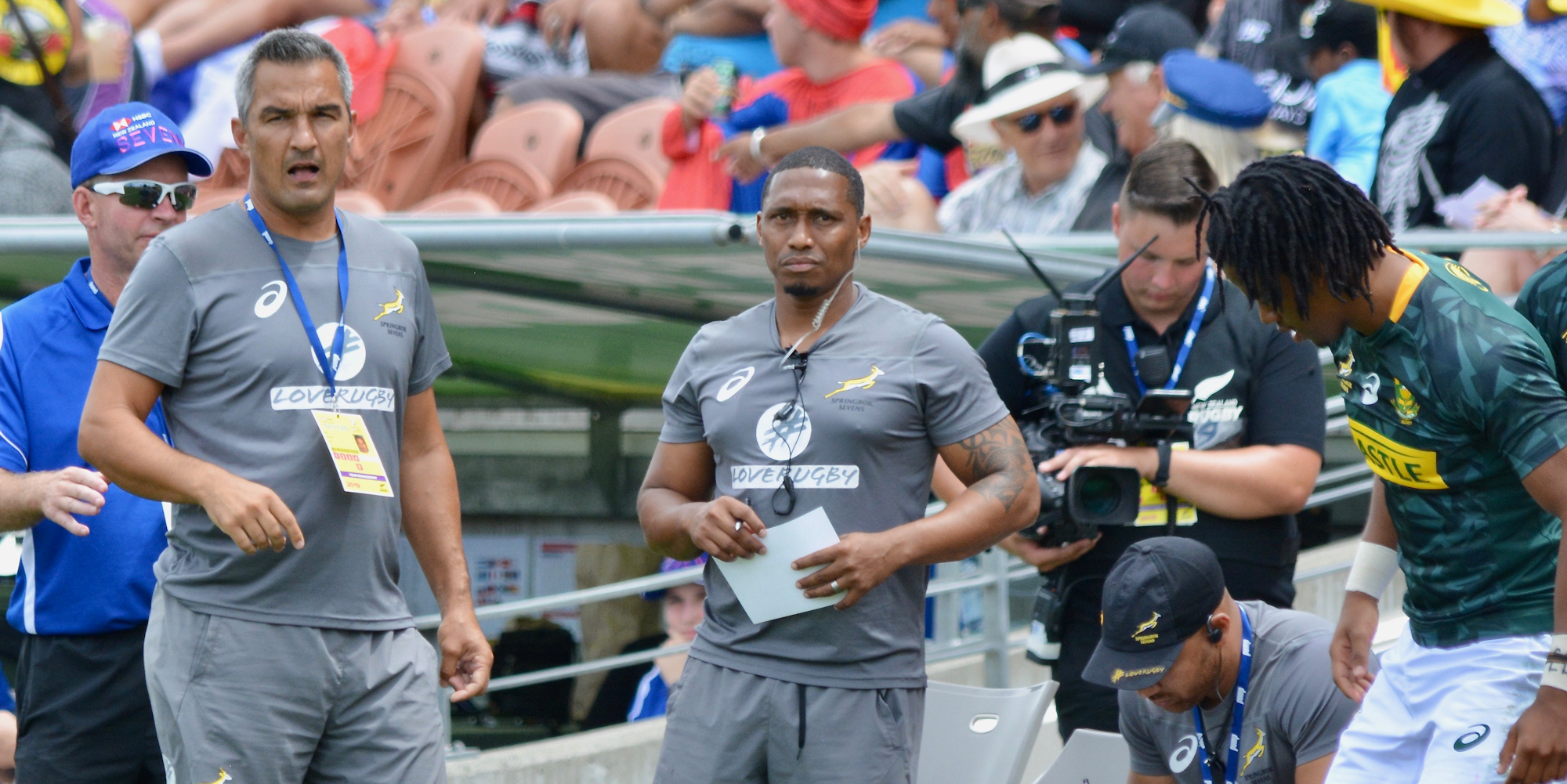 "Tomorrow will be a week since we left South Africa and it is fair to say there has been some off-field dramas,” said Dazel.

“We came to Japan well-prepared, with the hard work done at home, so this is just a small distraction in that bigger picture.

“We had good camps in Sandton and Robertson and did very good work there; we came to Japan a week earlier mainly to acclimatize and get used to the humidity, and that has not changed."

Powell has been coaching virtually since arrival and Dazel said it works well.

"It is going well, the players adapted well to the situation, so credit to them as well," he said.

“We obviously need some time out on the field from a physical point of view, so we hope to stretch the legs a bit in the later stages of the week.

“We are all still in good spirits and understand that we cannot change those things we cannot control. We did manage to add some fun elements into the adjusted training schedule and that certainly helped."

The British & Irish Lions completed their programme of provincial matches with a fourth straight victory, although the DHL Stormers arguably made them work harder than any of their previous provincial outings for a 49-3 victory (halftime 21-3) at the Cape Town Stadium on Wednesday evening.