The University of Pretoria needed a penalty goal in the 83rd minute to snatch a 42-39 win from their Free State counterparts, while in a Cape derby played at Loftus Versfeld in Pretoria, the University of Cape Town had to hold on to keep out their University of Western Cape foes 58-55.

In the early match of the day, Stellenbosch University outplayed Nelson Mandela University 44-14.

The remaining two round seven matches – UJ vs Wits and Ixias vs Eagles – will take place on Tuesday, 25 May, due to COVID-19 return-to-play protocols. 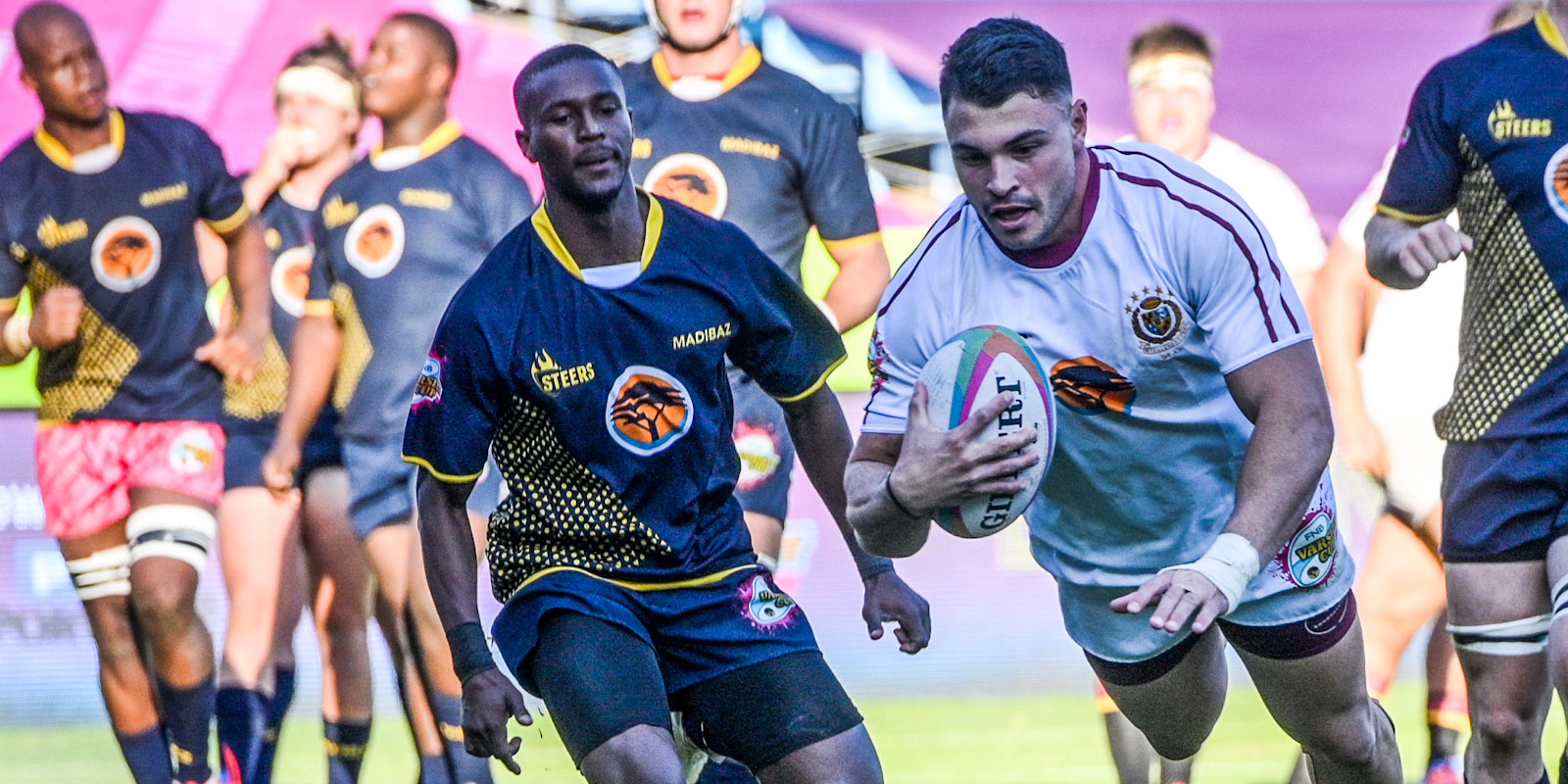 David Brits goes over for one of his two tries for Maties.

FNB Maties scored six tries in a rather unconvincing win, but it saw them finish the day in third place on the log.

The Madibaz frustrated the Maroon Machine with a hardy defensive line. The Stellenbosch side got stronger as the half progressed and had a handy 30-0 lead at the break.

The second half delivered more of the same, but Maties were served two yellow cards in the final 20 minutes to hooker JJ Kotze and replacement lock James Combrinck. 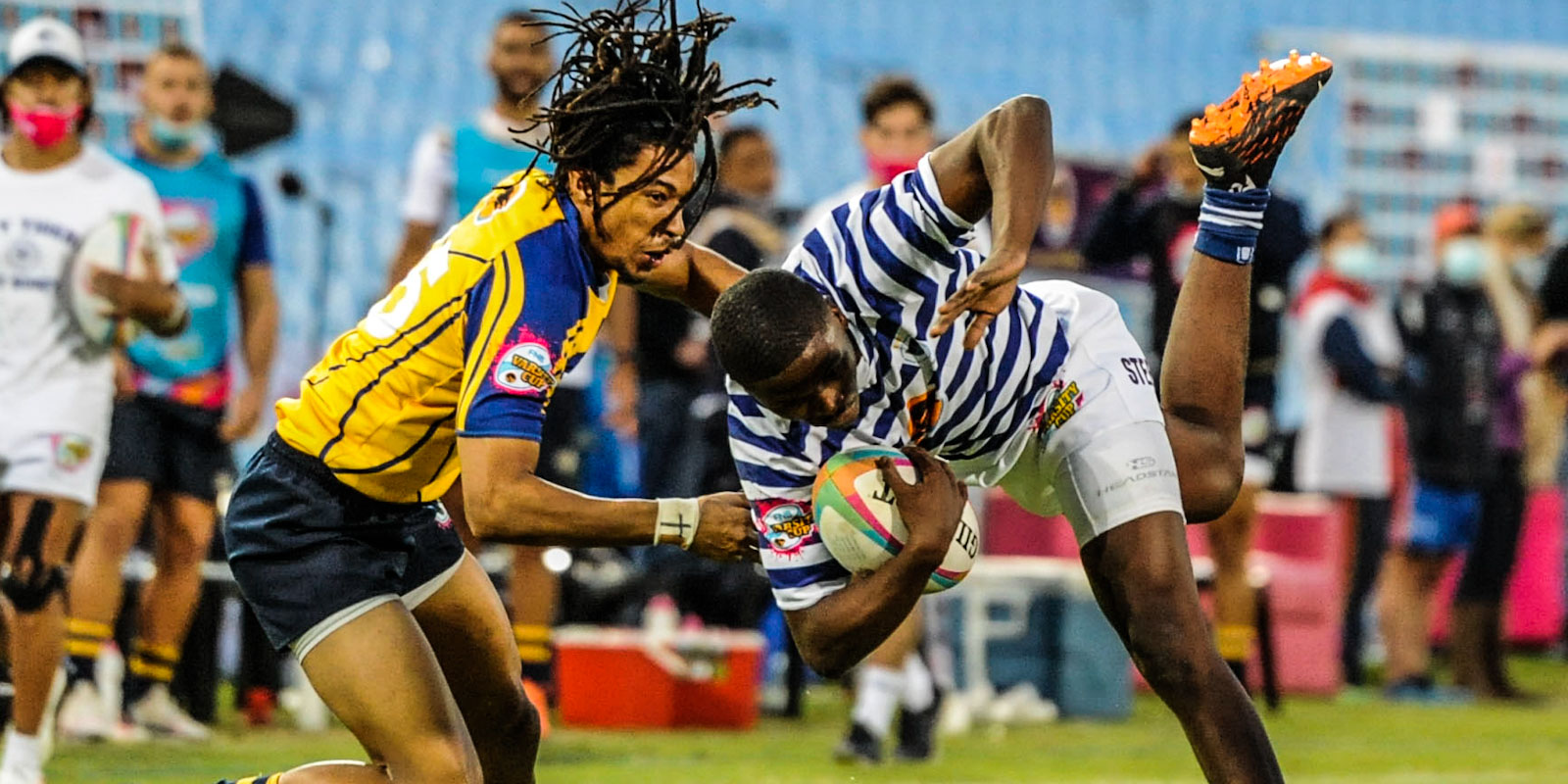 The Cape derby between UCT and UWC was a very tight affair.

UCT edged UWC in a 14-try thriller to become the first holders of the Chester Williams Memorial Trophy.

This was the first Udubs/Ikeys Cape derby to be played in honour of the former Springbok wing, who coached UWC to their two FNB Varsity Shield titles, the second of which earned them promotion to the FNB Varsity Cup.

It looked like UWC might mark the occasion with an upset win when they led 15-3 after 13 minutes, and then fought back well late in the game to get to within three points of UCT. But the log-leading Ikeys Tigers, who outscored their opponents by eight tries to six, were able to hang on for the win. 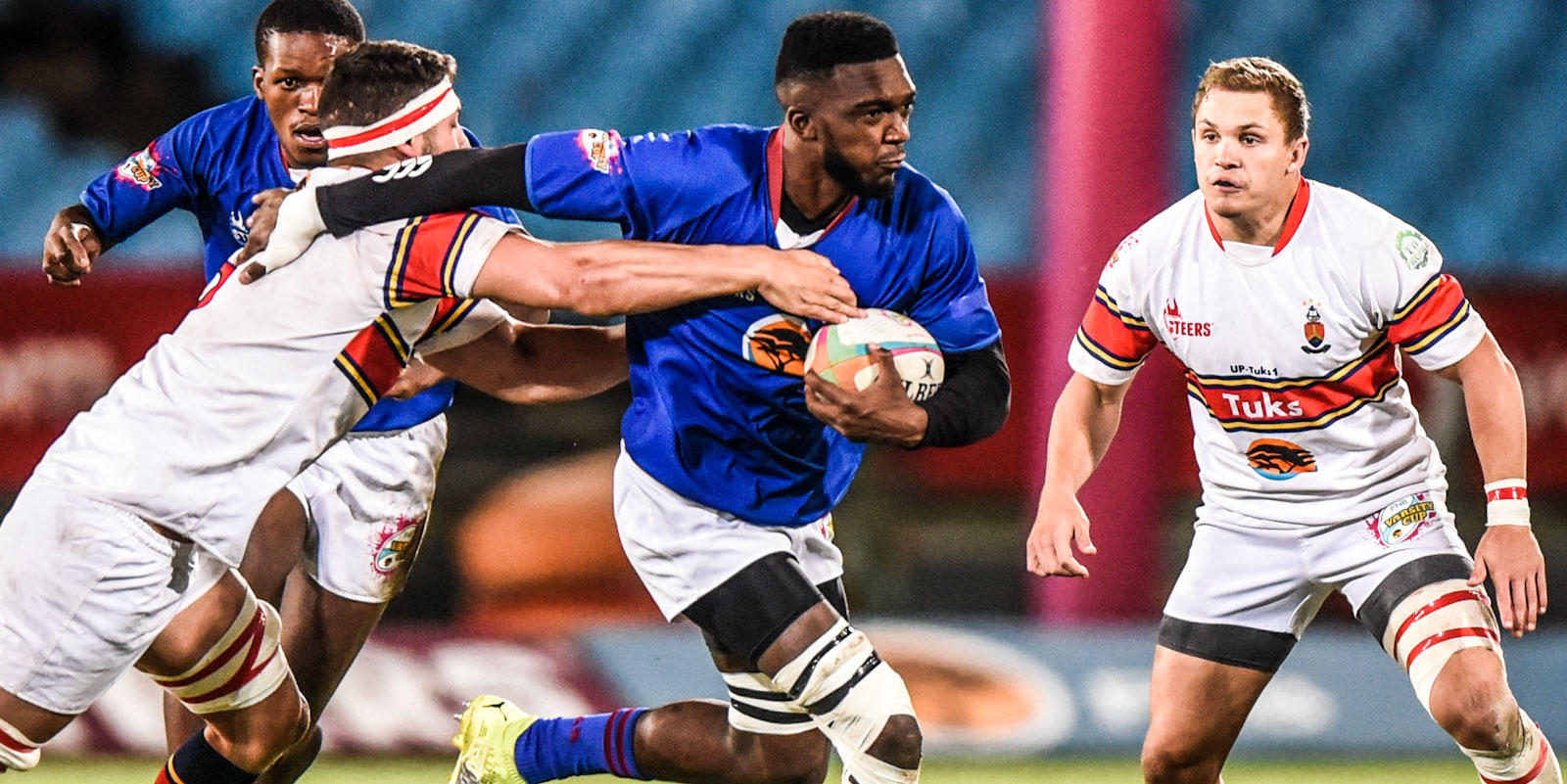 Shimlas produced one of their best performances of the season against a strong Tuks team.

UP-Tuks fullback Zander du Plessis held his nerve to kick a match-winning penalty goal in the 83rd minute of their clash against Shimlas.

Du Plessis had missed a penalty from straight in front late in the game, but made no mistake when given the opportunity to make amends in stoppage time.

It gave Tuks a somewhat fortunate win against a Shimlas team that fought back from 20-0 down after 29 minutes to take a 39-32 lead after 64 minutes.

Shimlas centre Danco Burger and lock Pierre Uys both grabbed a double, while regular captain Rewan Kruger also scored in an impressive performance off the bench.

The Cell C Sharks will be hunting a return to the summit of the PRO14 Rainbow Cup SA when they host the DHL Stormers in Durban in the fourth round on Saturday afternoon, while the Emirates Lions will look to record their first win when they host log leaders, the Vodacom Bulls, in Johannesburg.