The eighth edition – which will be contested by 24 men’s and 16 women’s teams – is the first to be hosted in Africa with organisers anticipating a very special and record-breaking event at the iconic 57,654 capacity Cape Town Stadium.

The top eight men’s teams and top four women’s teams from the hugely successful RWC Sevens 2018 in San Francisco, USA, have already secured automatic qualification for the tournament in 2022.

Amongst the women’s teams, the Springbok Women’s Sevens side will join defending champions New Zealand, France, Australia and USA in Cape Town.

Teams that have not qualified automatically will do so via their respective regional tournaments held in Europe, Oceania, Asia, North America, South America, and Africa. With 16 places available in the men’s tournament and 11 in the women’s from regional competitions.

The HSBC World Rugby Sevens Series will no longer form part of the qualification pathway for Rugby World Cup Sevens. Regional qualification is expected to start in August of this year with further details to be announced at a later stage.

World Rugby Chairman Sir Bill Beaumont said: “We are delighted to announce the tournament dates for Rugby World Cup Sevens 2022 alongside the unveiling of a striking new brand that truly captures the unique, fun and carnival spirit of the tournament.

“This is an exciting time for rugby sevens with less than 70 days to go until the upcoming Olympic Games in Tokyo and now with Rugby World Cup Sevens 2022 also on the horizon.

“South Africa has a rich history in hosting world-class international rugby sevens events, and we anticipate that Rugby World Cup Sevens 2022 will once again raise the bar for this unique tournament and be like no other.” 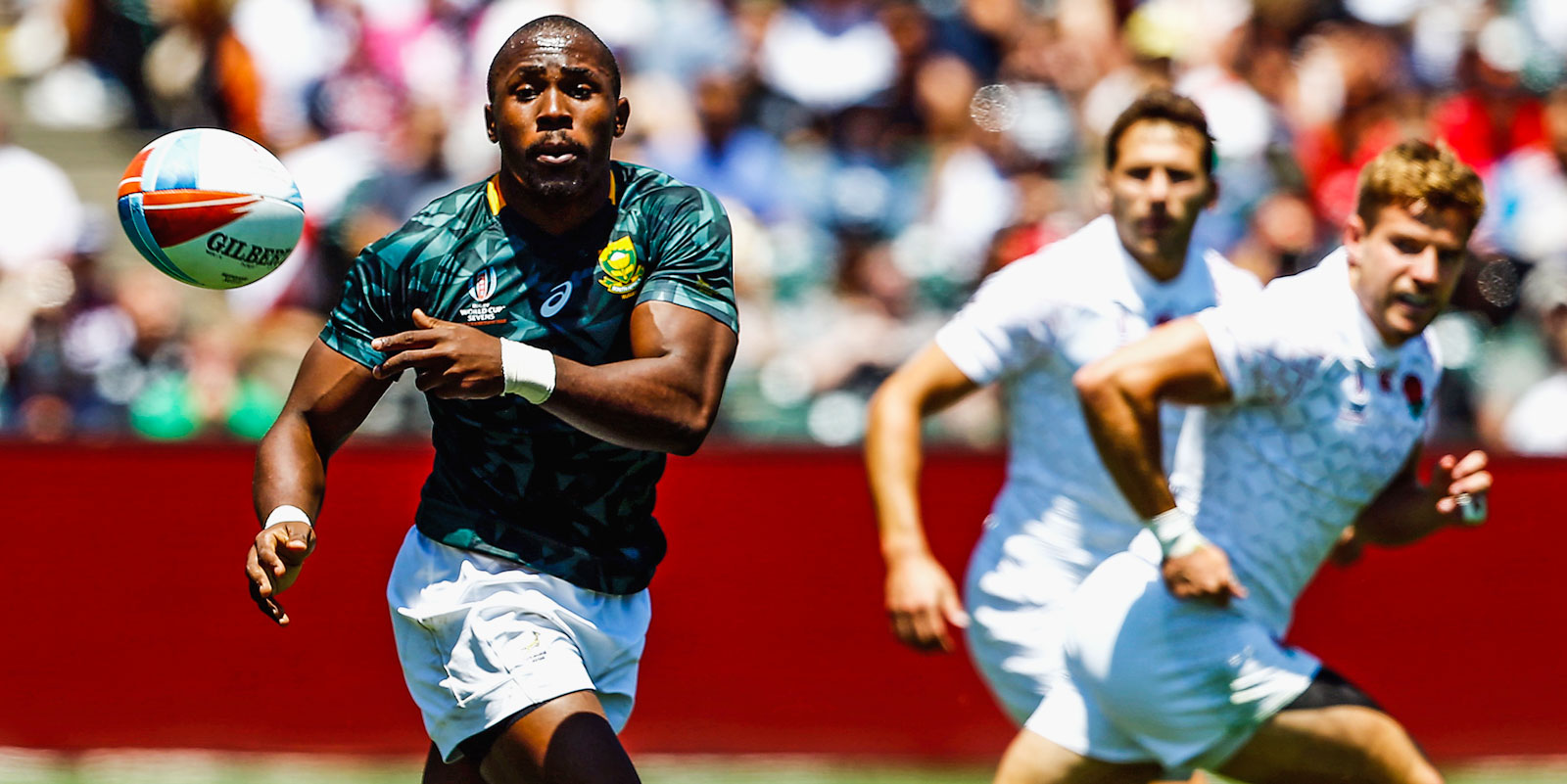 Siviwe Soyizwapi in action at the 2018 Rugby World Cup Sevens in San Francisco.

Mr Mark Alexander, President of SA Rugby, said: “South African rugby is eager to turn the vibrancy of this new brand into the vibrancy of a packed live event where we can showcase both our country and our passion for the sport.

“This will be the first senior World Cup we have hosted since 1995 and we are determined to make it as special in its own way.

“The HSBC Cape Town Sevens has established itself as a major must-see event on our national sporting calendar, but we will be taking Rugby World Cup Sevens 2022 to the next level,” added Mr Alexander.

Alongside confirmation of the dates and new qualification pathway, the bespoke tournament brand, developed by World Rugby and SA Rugby, has also been unveiled.

The striking brand radiates unity, energy and passion and celebrates the spirit of rugby sevens that will ignite Cape Town’s finest rugby stage, as the top men’s and women’s teams from around the world compete to be crowned world champions. 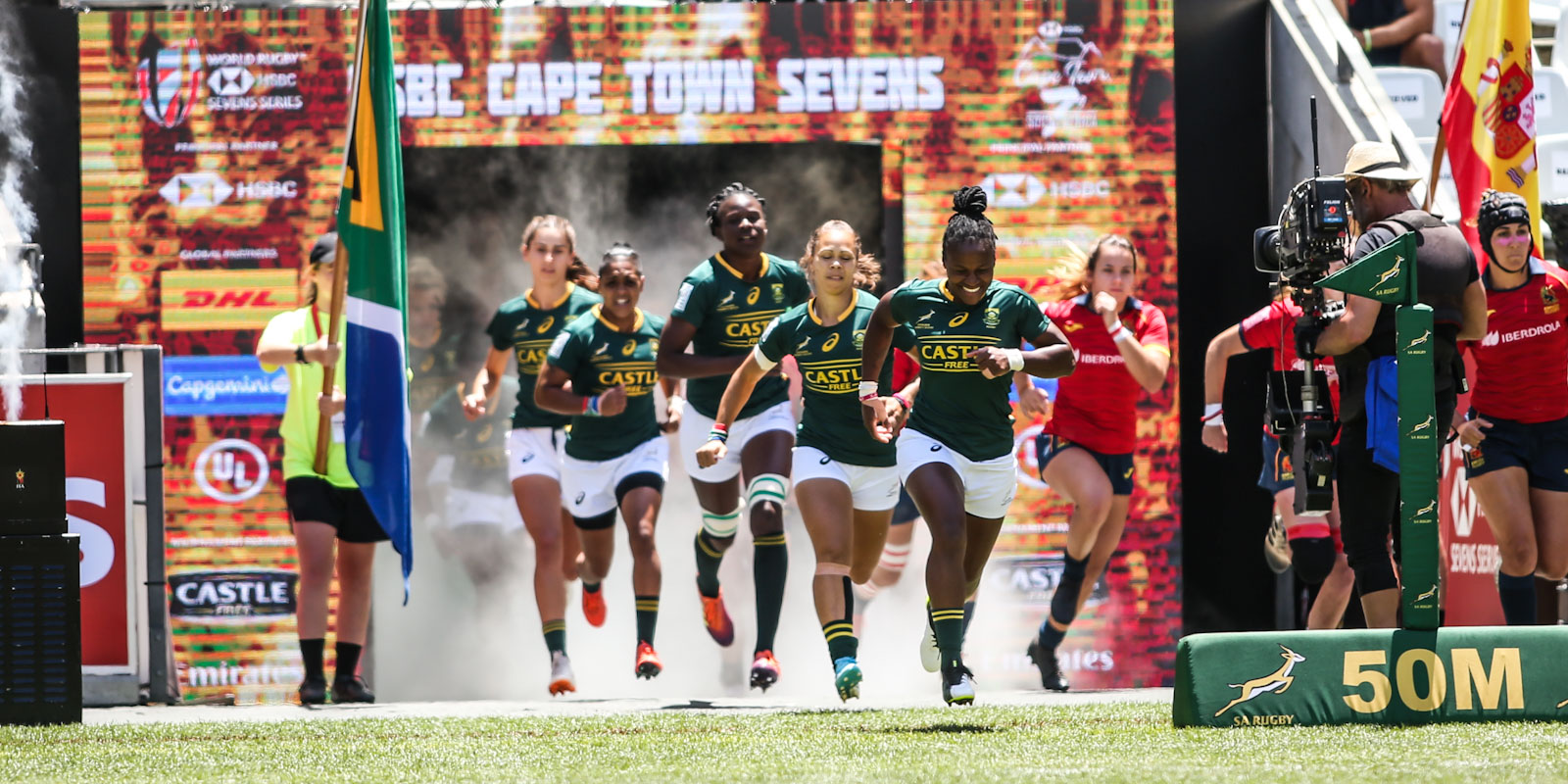 The Imbokodo made their debut at the 2019 HSBC Cape Town Sevens.

“With Table Mountain at the heart of the new logo, our team has also included elements within to represent both the event year and the iconic Cape Town Stadium. We look forward to watching the brand come to life via our partners and hosts South Africa Rugby.”

The tournament is expected to build on the massively successful 2018 edition hosted at AT&T Park in San Francisco, which attracted record attendance for a rugby event in the USA with a total attendance of more than 100,000 fans.

In addition, RWC Sevens 2018 attracted cumulative domestic and global broadcast audiences of more than 24 million and 31 million viewers respectively, which included a record-breaking live broadcast audience of 1.7 million on its final day. The tournament also leveraged 22.5 million social media video views on World Rugby channels over the course of the event.

Details of the ticket sales launch will be announced later this year.

The Cell C Sharks will be hunting a return to the summit of the PRO14 Rainbow Cup SA when they host the DHL Stormers in Durban in the fourth round on Saturday afternoon, while the Emirates Lions will look to record their first win when they host log leaders, the Vodacom Bulls, in Johannesburg.