The Walter Sisulu University's All Blacks outplayed the Cape Peninsula University of Technology in Pretoria on Tuesday to remain the only unbeaten side in the 2021 FNB Varsity Shield.

The 39-5 score line at Tuks Stadium was true to the WSU's impressive performance, but the Cape side, who already qualified for Sunday's final against the same opponents, rested a number of key players for this clash.

CPUT, the defending champions, made 14 changes to their team for this clash and have a bye on Friday, when the seventh and final round of matches will be played at Loftus Versfeld.

The University of Fort Hare ran in 11 tries, including a hat-trick and two braces, to demolish the Rhinos from KZN. Hard as they tried, the Durban University of Technology could not break down the Blues' defence and it was the Alice team who ran riot with ball in hand.

Brandt Fields scored a brace and kicked six conversions for an impressive haul of 22 points, bagging the wing the FNB Player That Rocks award. 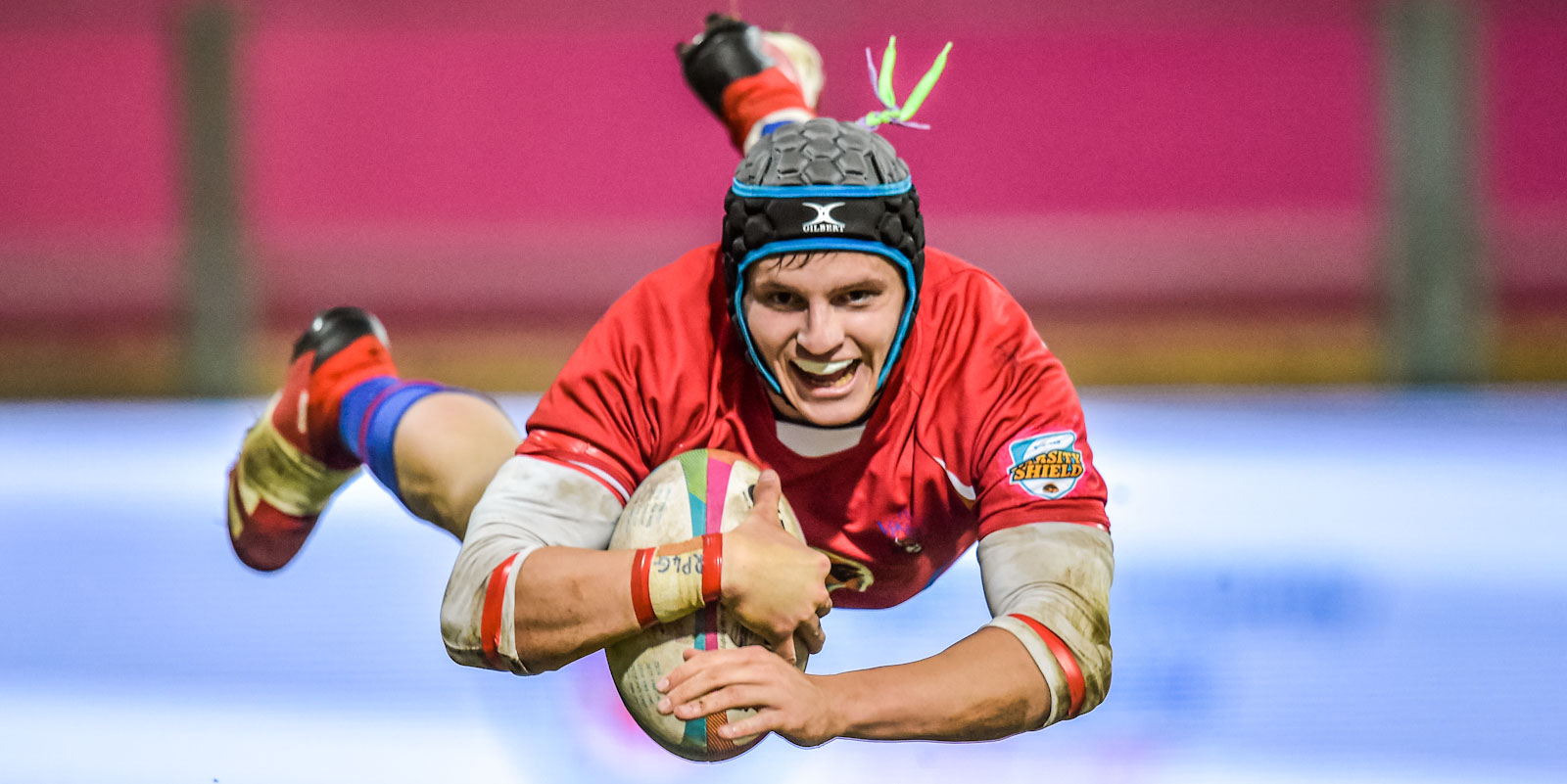 Mauritz Maritz crosses for one of his two tries for FNB TUT.

The Vikings overcame a slow start to outplay Rhodes. The Tshwane University of Technology side only had a six-point lead at the break, but a strong second half performance, which yielded eight tries, saw them romp away from their opponents from Grahamstown.

WSU booked their place in the FNB Varsity Shield final with a convincing win against a much-changed CPUT side, which saw their defence stretch to breaking point, especially in the second half, when the All Blacks' backs turned on the charm.

Junior Springbok coach Bafana Nhleko and Springbok prop Frans Malherbe left the field encouraged after a contact training session between the SA Rugby Academy and the DHL Stormers in a sunny Stellenbosch on Tuesday.

Walter Sisulu University (WSU All Blacks) and the Cape Peninsula University of Technology (CPUT) kept their perfect records in the FNB Varsity Cup intact on Sunday with convincing wins in round five of the tournament.