Skosan, who earned the last of his 12 Test caps against Italy in 2017, and Sadie (prop), who represented the Junior Springboks in the 2016 World Rugby U20 Championship, were called up to the Springbok Gold squad on Monday following the withdrawal of Sergeal Petersen (foot) and Rugby World Cup-winning prop Frans Malherbe (toe) due to injury.

Zwelendaba (utility back), one of the eight Young Guns in the Springbok Green Team, was a member of the Junior Springbok squad that won the bronze medal at the 2019 World Rugby U20 Championship in Argentina. He was drafted into the main squad after Seabelo Senatla was forced to withdraw due to a hamstring injury.

Blitzboks and Vodacom Bulls speedster Kurt-Lee Arendse was initially called up as a replacement for Senatla, but a decision was made to draft in Zwelendaba after he was unable to make his flight from Gauteng to Cape Town earlier on Monday.

SA Rugby Director of Rugby and Springbok Green team commissioner, Rassie Erasmus, explained that the key this week is to expose the young players to the Springbok culture.

“We agreed as coaches that we are going to share a lot with the players in terms of the Springbok environment,” said Erasmus.

“We want to show them how we do things, how our analysis systems work – both in terms of our game and the opposition – and setting a goal of the day, which we recap at the end of the day.

“We are also exposing them to the systems we use off the field, such as how players do their own analysis and plan the week in terms of time management, so there are several factors within the Springbok environment that we want the players to get used to.” 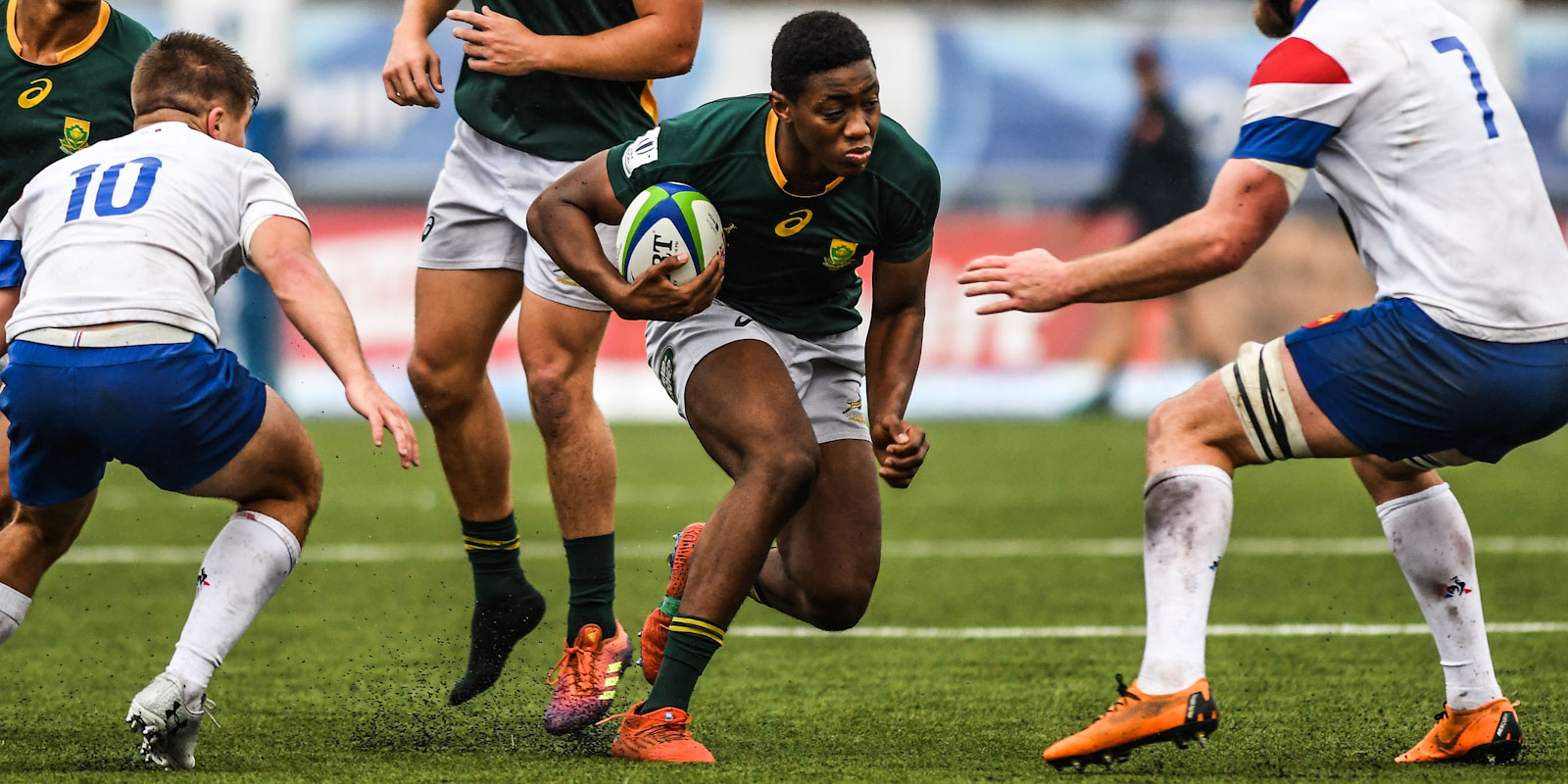 Zoning in on Saturday’s encounter, Erasmus said the teams’ style of play would differ to the Springboks’ usual style.

“Our message to the players this week is that they should use this opportunity to understand the way we work,” said Erasmus.

“What they don’t remember by Friday night they should forget, and they need to showcase their individual skills because that is what we would like to see. There won’t be a specific game plan, so it won’t be a Springbok blueprint imprinted in the players’ minds.”

Springbok head coach and Gold team commissioner, Jacques Nienaber, admitted that the injuries were unfortunate, but he was excited to see what Skosan, Sadie and Zwelendaba would bring to the match.

“We really wanted to see all three players in action, but due to injuries we won’t have that opportunity,” said Nienaber.

“That said, Courtnall is a Springbok so he knows what to expect at this level, while Carlü and Mnombo have come through the Junior Springbok structures and have great potential, so we are excited to see them in action.”

The Springbok Gold and Green coaches, Deon Davids and Mzwandile Stick, will announce their match-day squads on Wednesday.

The DHL Stormers' powerful pack laid the platform for a well-deserved 34-21 triumph over the Emirates Lions in the second Vodacom Super Fan Saturday clash at Loftus Versfeld in Pretoria.