It’s never too late to accomplish your goal

The ultimate testament that it’s never too late to accomplish your goal, a determined Delvian Samuels obtained his matric certificate 14 years after he suffered a life-changing injury as a promising rugby player.

In 1999, 17-year-old Samuels was playing hooker for the Ravensmead Park Old Apostolic Church against their neighbours from the East on Youth Day when the scrum, and his world, came crashing down.

“I felt a shock through my body and then nothing,” he recalls.

He’d broken his neck (C6-C7 vertebrae) and was left a quadriplegic.

Samuels underwent surgery at Conradie Hospital, where he had to find the courage to face his new reality, starting with six months of rehabilitation. The love and support of his loved ones - particularly that of his parents - powered him to handle the heartbreaking situation as best he could. Challenges in such cruel circumstances, however, are plentiful and unavoidable and when he was at his lowest, a conversation with a social worker changed it all.

“There came a day or two, about three months into rehab, where I didn’t want to see or speak to anybody. A social worker sat with me and asked me where I was mentally. I opened up to her and she explained things and the road ahead,” he reveals.

“She told me not to give up and that even though I could no longer do the things I used to, if I put in 110% I’ll still be able to do so much, that I can live a full life and that nothing will be able to hinder me. I instantly not only regained my strength and motivation but also got the boost I needed to truly start over.” That he can’t remember the social worker’s name adds to the almost-angelic-like figure she is in his life story.

He returned to Florida High School with the rest of the Grade 12 class of 2000 but despite his best efforts, a litany of challenges - with a lack of transport being near the top of the list - led to him not matriculating. He remained undeterred and while he never gave up this dream, it had to be put on the back burner for the time being.

Samuels redirected his energy and when entering the workplace proved problematic, he created his own. “I did a number of small jobs to earn an income. I offered a printing service to the community - printing CVs and photos among other things - and I also ran a tuck shop from home, selling sweets out of my bedroom window.”

To attempt such endeavours requires a strong inner will, but for Samuels, it was a given. “With a disability, you need to try to be as independent as possible, in whichever way you can. Everybody wants and needs to earn an income for themselves, so I was willing to do whatever I could.”

After a challenging decade of toiling, Samuels got the opportunity to go back to the future. “My cousin came to me and said his wife was going to do night classes at Uitsig High School to finish her matric and asked me if I wanted to do it as well and I said absolutely!

“He transported us and I was able to complete matric. After 13 years, it felt really good to get that matric certificate! My parents were really happy and for me, it felt a bit like saying thank you to them for being there for me since day one.”

Also there from the beginning was the Chris Burger Petro Jackson Players’ Fund.

“[Then-member of the Players’ Fund Board of Trustees] Mr Mike Meintjes and his wife were among the first people to visit me in hospital. The flat we lived in at the time wasn’t wheelchair friendly, so the Players’ Fund actually purchased a house for us with ramps to make things accessible for me. I also had the opportunity to do data-based work for Old Mutual through the Players’ Fund. They’ve always been just a phone call away and I’m incredibly grateful to them!”

Samuels entered the next chapter of his remarkable journey by entering a Learnership programme with the Sanlam Trust Beneficiary Fund and Umbrella Trust in 2014, an opportunity he’s turned into a successful career as Senior Trust Administrator in the company’s Bellville head office. “It’s very nice working at Sanlam; I’m fortunate enough to have colleagues who look past my disability and treat me really well,” says the now 40-year-old.

He added a powerful parting message, which fittingly encapsulated his character, saying, “A disability doesn’t mean you have to give up on life. You can still have a happy life and achieve big things if you put your mind to it. Yes, there will be challenges, but you’ll be able to overcome them with the right attitude.”

DONATE: If you would like to support the Chris Burger Petro Jackson Fund, visit their website at www.playersfund.org.za and select any number of the giving options available, which include EFT, Payfast, Snapscan and Zapper. 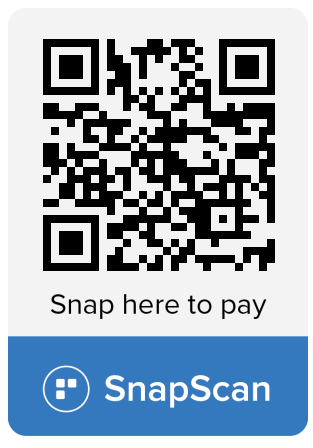 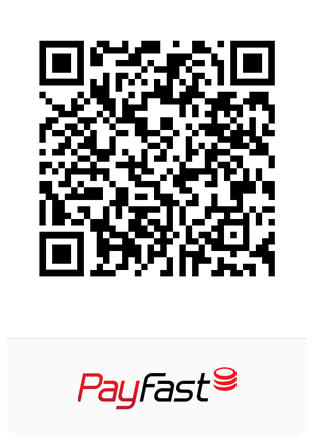 The Springbok Women returned to the familiar surroundings of Grammar Juniors Rugby Football Club in Auckland on Tuesday to continue their pursuit of a first win in this year's Rugby World Cup in New Zealand with a fresh game plan and renewed energy for Sunday's Pool C clash against Fiji.

SA Rugby announced on Tuesday that world-leading hygiene brand Dettol, had joined the Springboks, Springbok Women and SA Rugby sponsorship family. This iconic brand becomes the first official hygiene partner of the teams, having agreed a three-year partnership beginning in 2023.

The Springbok Women had a good review of their match against France last Saturday, analysed and digested the statistics, and are now ready to focus on Fiji, their second opponent of Rugby World Cup in New Zealand.

Hope will have a new home in rugby this October as the Vodacom United Rugby Championship unites two of its biggest rivals, the Vodacom Bulls and Cell C Sharks, in support of Breast Cancer Awareness Month, and fans will also have the chance to show their support and be part of a limited-edition match-day jersey design.

Munster’s desperation could be a warning for the Bulls

For long-time supporters of top Irish provincial team Munster, a glance at the current Vodacom United Rugby Championship log must be both an unusual and depressing experience.

Springbok Women coach Stanley Raubenheimer retained his starting XV for their second Rugby World Cup clash in New Zealand and made only one change to the replacements for Sunday’s match against Fiji, which kicks off at 06h45 (SA time) in Auckland.

The South African franchises will be committed to remaining in the top eight on the Vodacom United Rugby Championship log as they prepare to enter round five of the competition this weekend, where the Emirates Lions and Cell C Sharks have valuable home games, and the DHL Stormers and Vodacom Bulls continue their Northern Hemisphere tours.

The DHL Stormers ensured that they remained unbeaten in the Vodacom United Rugby Championship on Friday night as they secured a 16-16 draw against Ospreys in their second away game of the competition in Swansea in their round-five clash.

The DHL Stormers ensured that they remained unbeaten in the Vodacom United Rugby Championship on Friday night as they secured a 16-16 draw against Ospreys in their second away game of the competition in Swansea in their round-five clash.

The Springbok Women returned to the familiar surroundings of Grammar Juniors Rugby Football Club in Auckland on Tuesday to continue their pursuit of a first win in this year's Rugby World Cup in New Zealand with a fresh game plan and renewed energy for Sunday's Pool C clash against Fiji.

Springbok Women coach Stanley Raubenheimer retained his starting XV for their second Rugby World Cup clash in New Zealand and made only one change to the replacements for Sunday’s match against Fiji, which kicks off at 06h45 (SA time) in Auckland.