The Under-20 players involved with the SA Rugby Academy stepped up their preparations with a high-intensity training match against a strong DHL Western Province Carling Currie Cup line-up in Stellenbosch on Wednesday morning.

The training exercise consisted of four chukkas of 20 minutes each, which allowed the Academy coaching staff to give all the players in their squad a decent taste of action against the experienced DHL WP side, which included Springbok centre Juan de Jongh, Blitzbok speedster Angelo Davids, as well as other stalwarts such as Godlen Masimla (scrumhalf), Tim Swiel (flyhalf) and Sergeal Petersen (wing).

To assist the group with their training programme, SA Rugby confirmed that two more training matches have been arranged as the squad move their on-field preparations into a higher gear.

Both these matches will be staged in Bloemfontein, with the Academy side facing the Windhoek Draught Griquas side on 16 May, and three days later they will run out against the Toyota Cheetahs, the only unbeaten side in the Carling Currie Cup.

Meanwhile, there are also plans in the pipeline for a Junior Springbok side to participate in an international series in June. 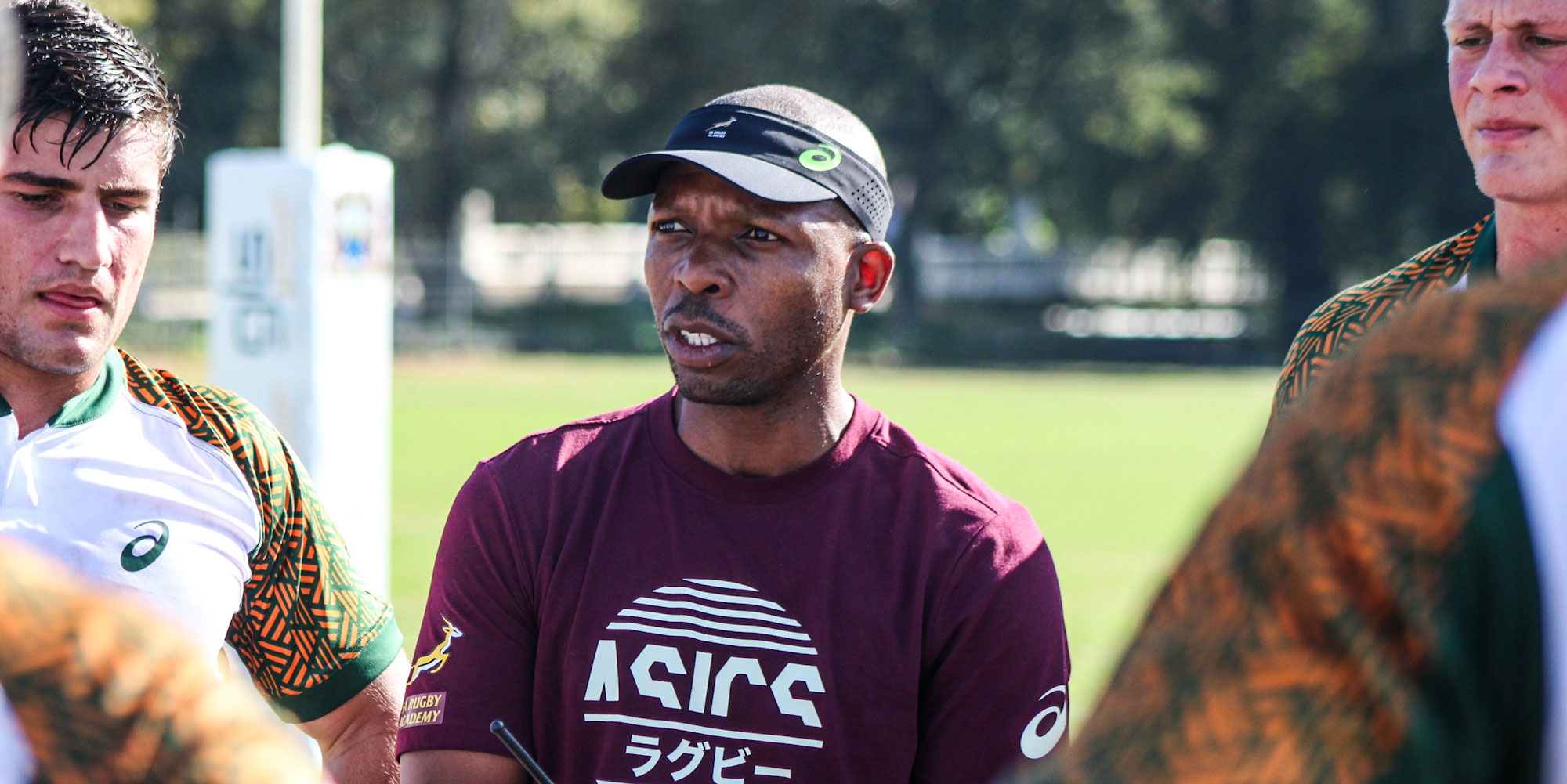 “We only had eight days together from a rugby training point of view and the goal of today’s match was to see where the players are in terms of their ability and their understanding of our fundamentals and training principles,” explained Nhleko.

“For us, to simulate a match against a side with Springboks in their line-up and guys playing in the Vodacom United Rugby Championship was a fantastic learning experience. Our group consists of players who played in the Under-20 competition, and so to experience the intensity and pace of the opposition was of great benefit to our players.”

“Although we didn’t have as much possession, we showed good endeavour with ball in hand from the limited opportunities we had and our kicking game, although good will get better as we have more time together.”

Nhleko also explained the rationale behind the two planned matches in Bloemfontein later this month: “The match against Griquas will be an opportunity to improve on our showing against WP. Then against the Cheetahs, we want to simulate a playing and training programme for our possible participation in the international series in June.”

The players will enjoy a few days off and will regroup again on Monday.

Two South African Under-18 sides, consisting of 26 players each, have been named to take on their age-group counterparts...

Junior Springbok head coach Bafana Nhleko has paid tribute to his conquering side for their eagerness to learn and impro...

Catch the Junior Boks' final match in the U20 Summer Series, at 21h00 against Wales from Treviso in Italy, live here as ...

Junior Springboks head coach Bafana Nhleko has made four changes to his starting pack and rotated his scrumhalves for Tu...

African title a reward and a reality check

Paul Delport was immensely proud of the fightback and effort shown by the Springbok Women's Sevens team in Tunisia where they claimed the Rugby Africa Women's Sevens Cup on the weekend and said it was just reward for their hard work over the last couple of months.

DHL Western Province find themselves in familiar territory in the SA Rugby Women's Premier Division, topping the log after the second round of the domestic showpiece was concluded on Saturday.

Stormers hold on to shut out Leinster for vital victory

The DHL Stormers overturned a 6-3 halftime deficit to register a vital 20-13 victory against log-leaders Leinster in a thrilling Vodacom United Rugby Championship clash in Cape Town on Saturday, wrapping up a full house of wins for the South African sides in the penultimate round of league action.

The Carling Currie Cup Premier Division resumes on Friday and the six teams in action will be eager to make a push for the playoffs as the race for the top four places on the league table intensifies.

The Carling Champions Team will face Italy A in the second edition of this unique encounter, it was confirmed by SA Rugby, the Italian Rugby Federation and sponsors Carling Black Label on Thursday.

The Cell C Sharks Women, Border Ladies and Blue Bulls Women will all try to build on victories in their last matches in the Women’s Premier Division, while Boland Dames will be keen to move on from last weekend’s defeat when they play their first home game of the season.