Thomas du Toit is handed the captaincy role, but the rest of the front row has been changed with Ntuthuko Mchunu in for Khwezi Mona and Kerron van Vuuren for Fez Mbatha (injured). Du Toit will lead the team because Phepsi Buthelezi plays off the bench this week.

Hyron Andrews and Ruben van Heerden make a return as the lock partnership, with Le Roux Roets getting a break, while James Venter comes in for Dylan Richardson with Henco Venter named at eighth man.

In the midfield, Marius Louw and Jeremy Ward will partner up in place of Murray Koster and Werner Kok while Marnus Potgieter replaces Yaw Penxe, and Anthony Volmink will start at fullback in place of Curwin Bosch.

Potgieter, Volmink and Dan Jooste (on the bench) will be making their URC debuts in this match. 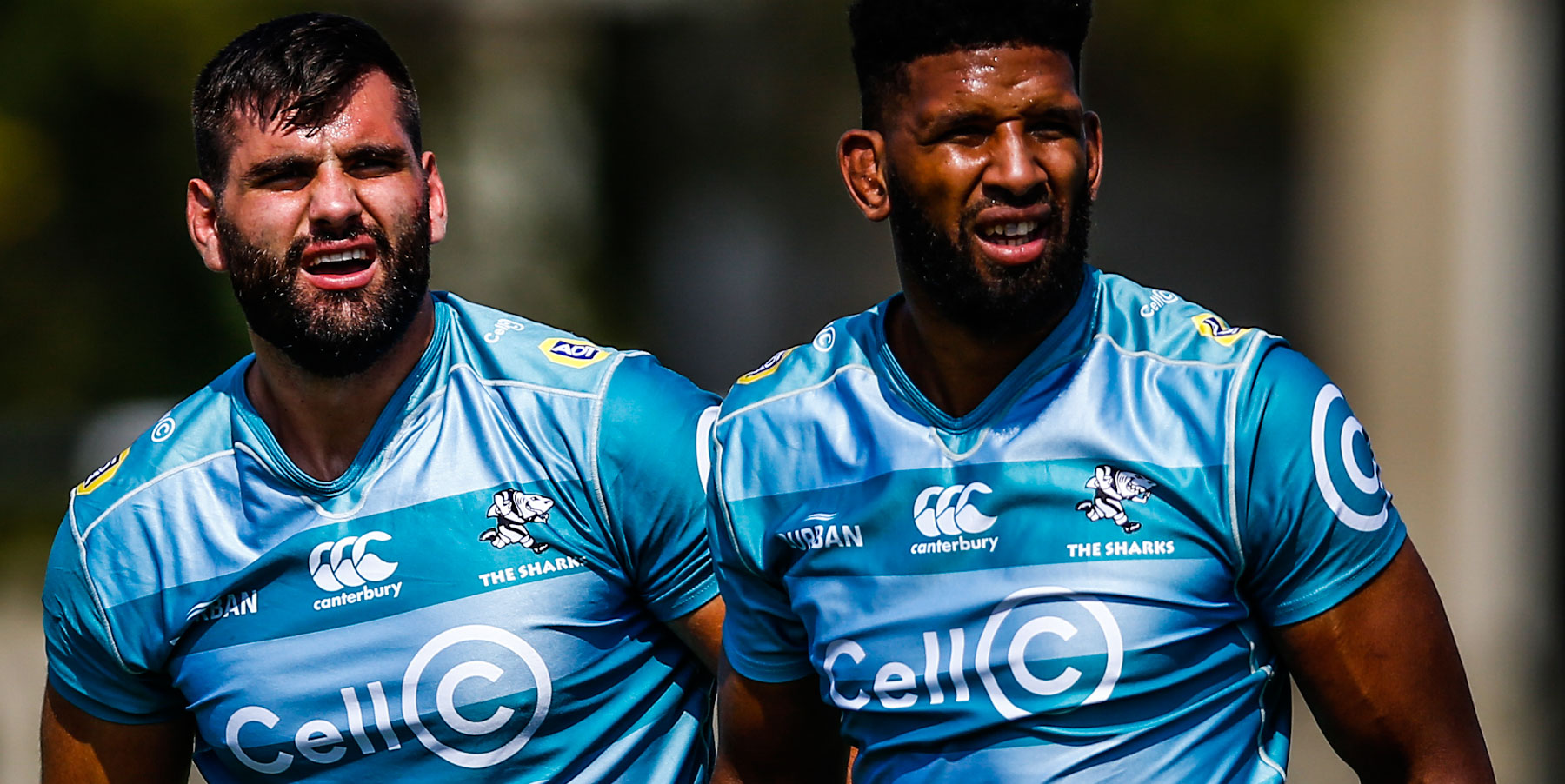 Ruben van Heerden and Hyron Andrews will start as the lock pairing.

With much of the talk surrounding the need for an adjustment to the challenges presented by the new competition, Cell C Sharks skills coach Phiwe Nomlomo admits that the focus has been all about the need to be accurate and clinical.

“This tour is a matter of learning, and learning fast and just understanding that we’re in a different environment here. When you make a mistake, you get punished so we need to stay on top of the ball and execute the way we know we can.”

He warns that each week presents its own new set of challenges as the different teams representing different countries each bring their own threats and strengths.

“Ospreys play close to the style of Wales; they are a massive kicking side that likes to maul. They’re very defence orientated and will try stifle your play and box you in your own 22 and make it as hard as possible for you to get out.”

“Just last week, we were playing against internationals in almost every single position and look at our guys, many of them only 22 or 23, so we were up against a side that have done this before, they’ve travelled all around the world,” he explains.

“With 13 of our key players unavailable due to national duty or injury, we have a bit of catching up as far as caps go with a relatively young squad, but we are working hard and up for the challenge. We’re learning and we’re learning fast.”

Nienaber applauds bench impact in win over All Blacks

Springbok coach Jacques Nienaber said their 31-29 win over New Zealand in the final Castle Lager Rugby Championship match of 2021 will provide some valuable momentum for South Africa during the forthcoming November Tests and beyond.

The Springbok Women will face Wales in Cardiff as part of their European tour in November, adding to the two fixtures already confirmed for their trip to the Northern Hemisphere.

Viljoen to start at flyhalf for Emirates Lions