Dry made his debut in 2010 in Adelaide, Australia, and went on to represent the Springbok Sevens team in 74 HSBC World Rugby Sevens Series tournaments, which featured 373 matches for his country, while he scored 98 tries.

Dry also represented South Africa at the Rugby World Cup Sevens, won gold with the team at the Commonwealth Games and earned a fifth placed finish for Team South Africa in Rugby Sevens at the Tokyo 2020 Olympic Games. He is also a two-time gold medal winner in the World Series with the Blitzboks, and made the World Series Dream team in 2017.

“As a competitive rugby player, you always believe you have one more season in you, but it is time to step away from the game that gave me so much over the last decade and more,” said Dry.

“Age did become a factor; it is harder and harder to keep pace with a game as fast as international Sevens.

“I also had hip surgery recently and it became quite a fight to keep up. Also, finishing off your career at the Olympic Games, knowing you left while still being selected for a squad was always the ideal for me. So, I leave happy and, on my terms,” Dry explained.

“I am grateful for being there so long, but the younger guys in the system also need the opportunity to play and develop and you need to create that space for them. With the Commonwealth Games and next year’s Rugby World Cup Sevens on the horizon, the best time for that to happen is now and I will not be blocking the next guy coming through from that opportunity to develop on the international stage.

Finishing off at the Olympics felt right for the second most capped Blitzbok of all time (behind Branco du Preez) as he missed out on selection in 2016 for the Rio Olympics.

“After the previous Olympics there was always a push to be part of the next one,” said Dry. “But since 2018, after the knee injury that kept me out for a year, every tournament I played with this amazing team became a bonus and a blessing. So, everything in the last couple of seasons became extras, more than I expected.” 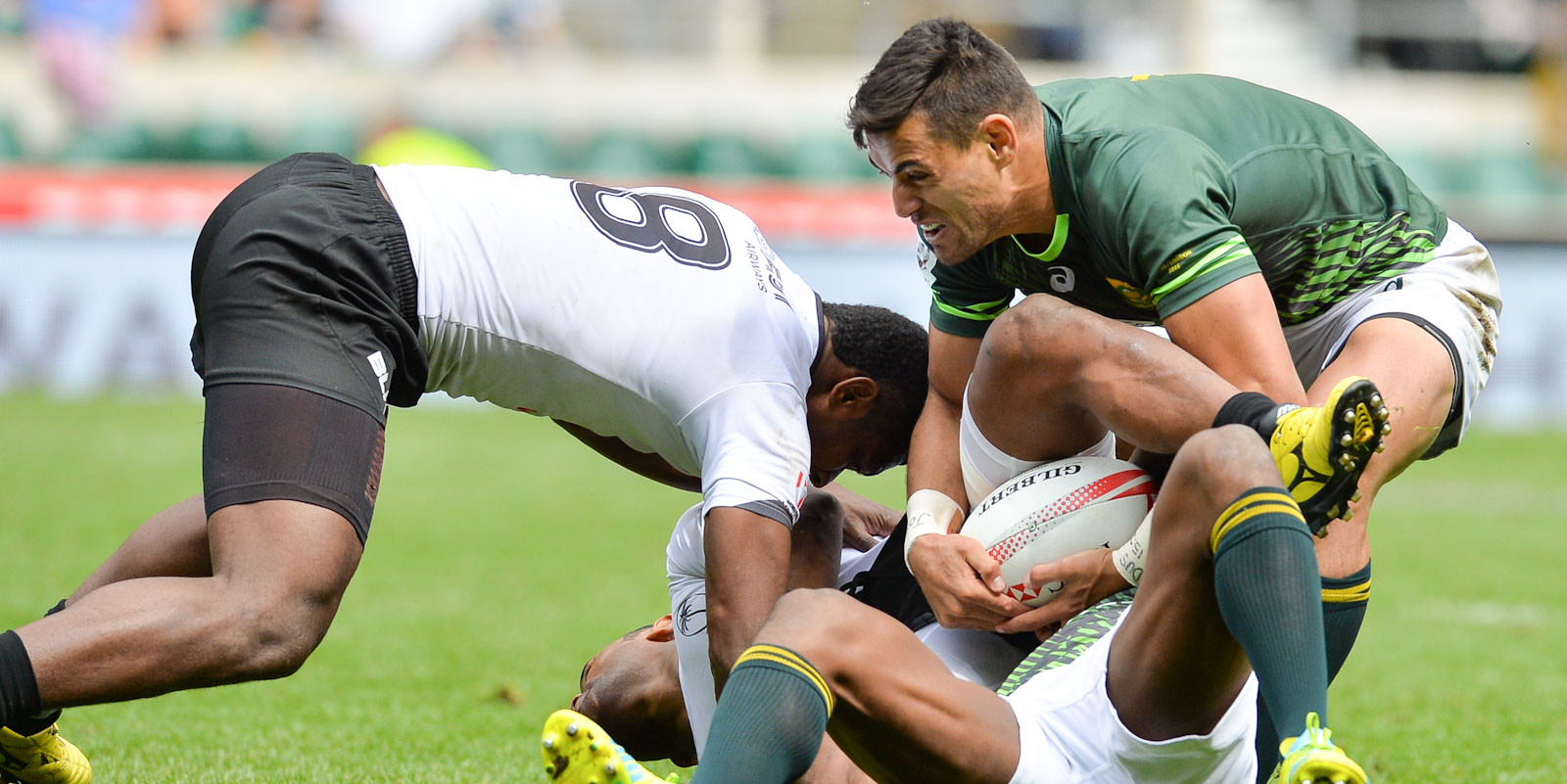 Dry said he saw himself as an all-rounder when he arrived in Stellenbosch for the first time.

“Defence became my biggest work-on from then on, because as our squad moved to become a more defensive-styled team my focus moved toward that. It is hard to recall a favourite tackle, but I recall once in Cape Town when we played Australia and they tried to outwork us, I made some good stops in defense.” 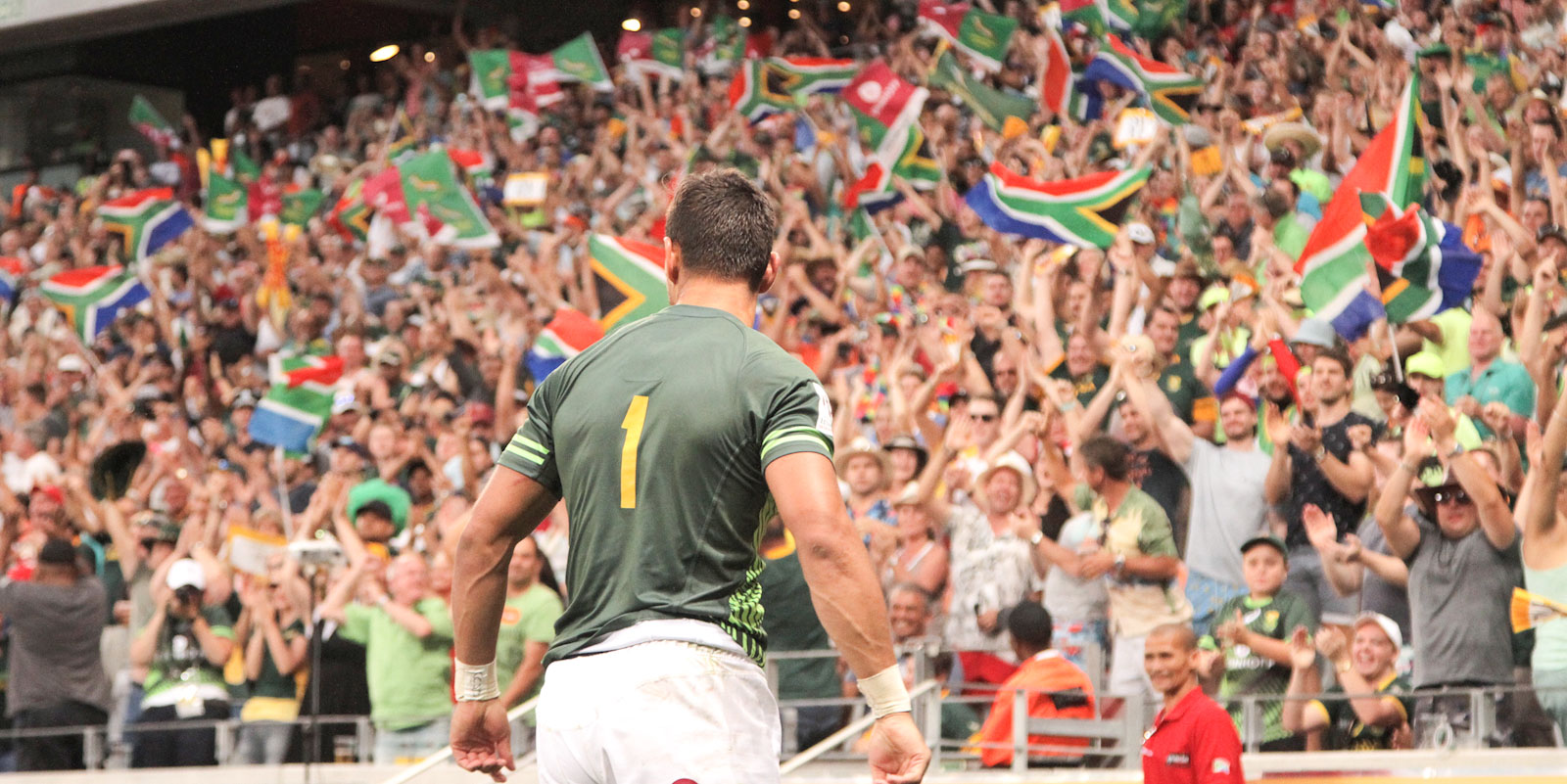 HSBC Cape Town Sevens - Number One for Number One.

Dry hailed the HSBC Cape Town Sevens as the best tournament stop for the Blitzboks.

“It is our only opportunity to play in front of our family and our fans,” he said. “Cape Town is so special, the energy you get from the crowd is unbelievable.

“The Cape Town Stadium is just unbelievable as well, and to think we can sell it out twice in two days is just amazing. Port Elizabeth also had an amazing crowd with people driving hundreds of kilometres to come and watch, while the Dubai Sevens has also become a home away from home for the Blitzboks.”

The player ranked the 2016/17 squad as the best group he was part of. “We played in eight finals, winning five,” said Dry. “We were pretty much unstoppable that season.”

He also said both Blitzboks coaches in his career had a massive impact on him.

“Paul Treu took in this raw 15-a-side player and developed me and gave me the chance,” said Dry. “Neil Powell added to my skills and responsibilities and made me a player that could compete at the highest level. My two coaches from way back in Free State - Joe Beukes and Pine Pienaar – also backed me at the time.

“There are so many people to thank, but I have to name my family, my parents and brother and sister, who always supported me. The family made the real sacrifices. My parents made sure that I could chase my dream and never stopped working to make that possible. I always played for them. In the last couple of years my partner Jess Koster’s support was amazing, especially as she was stuck with me when I was on crutches and out for a year. 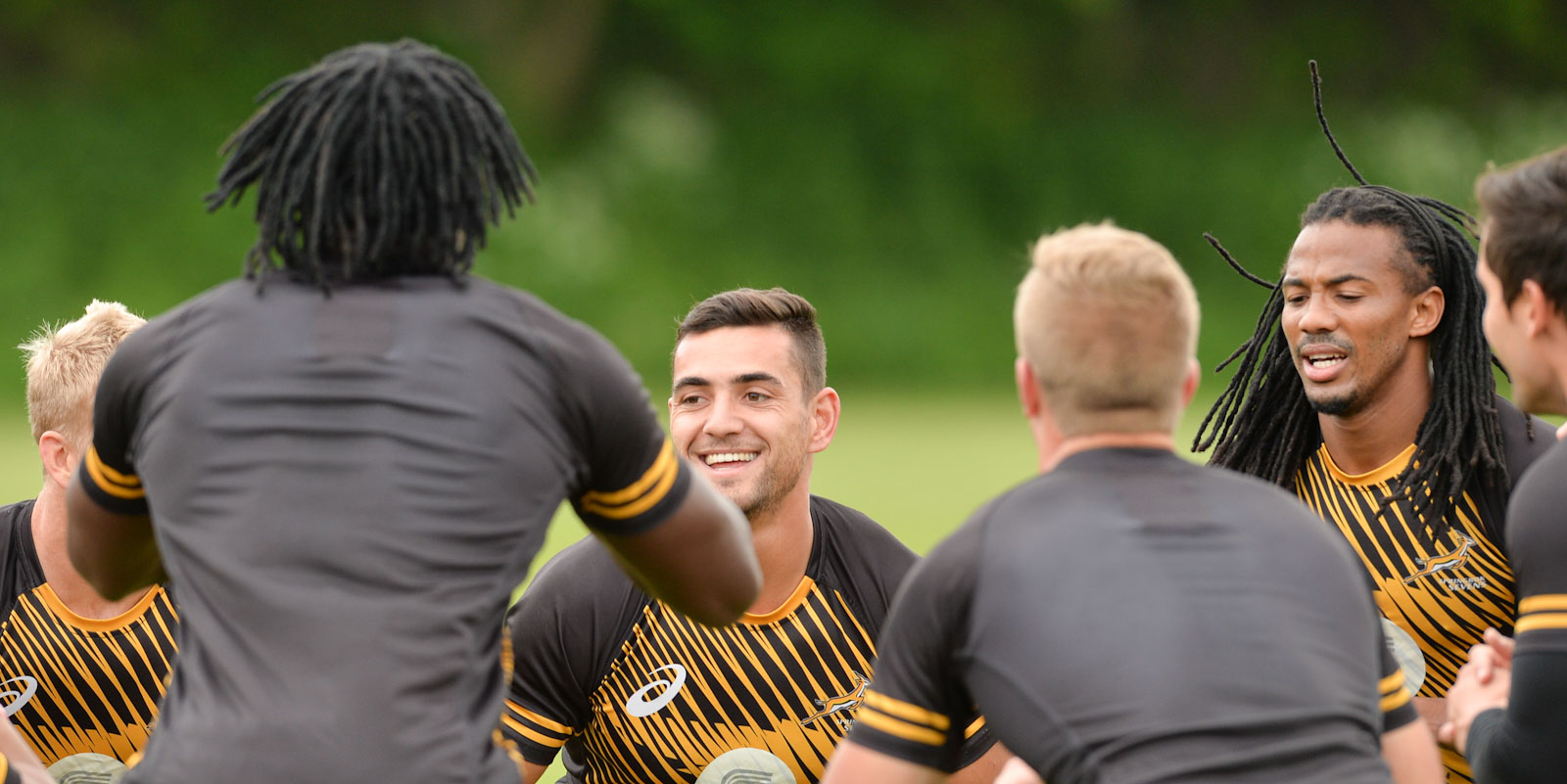 Powell, who will guide the Blitzboks until next year’s RWC7s in Cape Town, said Dry’s durability in a tough sporting environment is testimony of his character and ability.

“He is everything that Sevens stands for - on and off the field,” said Powell. “His competitiveness and the standards he set and maintained at training sessions will be missed. The senior guy running in front and pulling the younger ones with him was a great attribute.

“His off-field contributions were even better; he drove our culture hard and was always ready and available to help anyone. He would aften sit with someone playing in the same position and talk through the technicalities and the demands of that position.”

Powell said Dry was one of the founding members of the current culture and value system in the squad and pushed hard for the idea that better people made better players.

“He is always positive, always has a smile, and he always brought the gees (spirit). He will be missed,” said Powell. “He had a such a brilliant career, despite the fact that he was always prepared to sacrifice his own ambition for the needs of the team.”

Powell wished Dry luck for the future. “You left the jersey in a better place and you will be missed in our system. We will honour and remember Chris for his years of service. All the best for the future.”

Pearce and Carley to officiate Boks Down Under

The match officials for the remaining nine Castle Lager Rugby Championship matches to be played in Perth, Brisbane, Townsville and Gold Coast in the coming weeks were announced by World Rugby on Thursday, with Englishmen Luke Pearce and Matthew Carley in charge of all four Springbok tests.

Carling Black Label, sponsor of the Currie Cup, and SA Rugby have once again joined forces with the intention of recognizing and rewarding the champion voices of rugby fans, with a first and historic “Champions Match” on 6 November 2021.

The 2021 SA Rugby Youth Week tournaments have been cancelled in light of the current challenges and uncertainties regarding the COVID-19 pandemic in South Africa, SA Rugby announced on Wednesday.

DHL Western Province showed great character, skill and desire to secure a 35-24 bonus-point win over the Cell C Sharks in Durban on Saturday evening to sneak into the Carling Currie Cup semifinals.