Nienaber reflected on the 22-17 defeat by his team at Cape Town Stadium and said the visitors’ second half effort was telling.

“The kicking game was won by us in the first half and we got the rewards, but the second half was a different story,” said Nienaber.

“They won that battle and it gave them territory, advantage in broken field play and we had to scramble, and could not cope.”

Nienaber felt the Boks’ 12-3 lead at half-time was deserved, but he did not expect the Lions to bounce back in the second half the way they did.

“We were nine points up, so things were working for us – we were playing in the right areas,” he said. 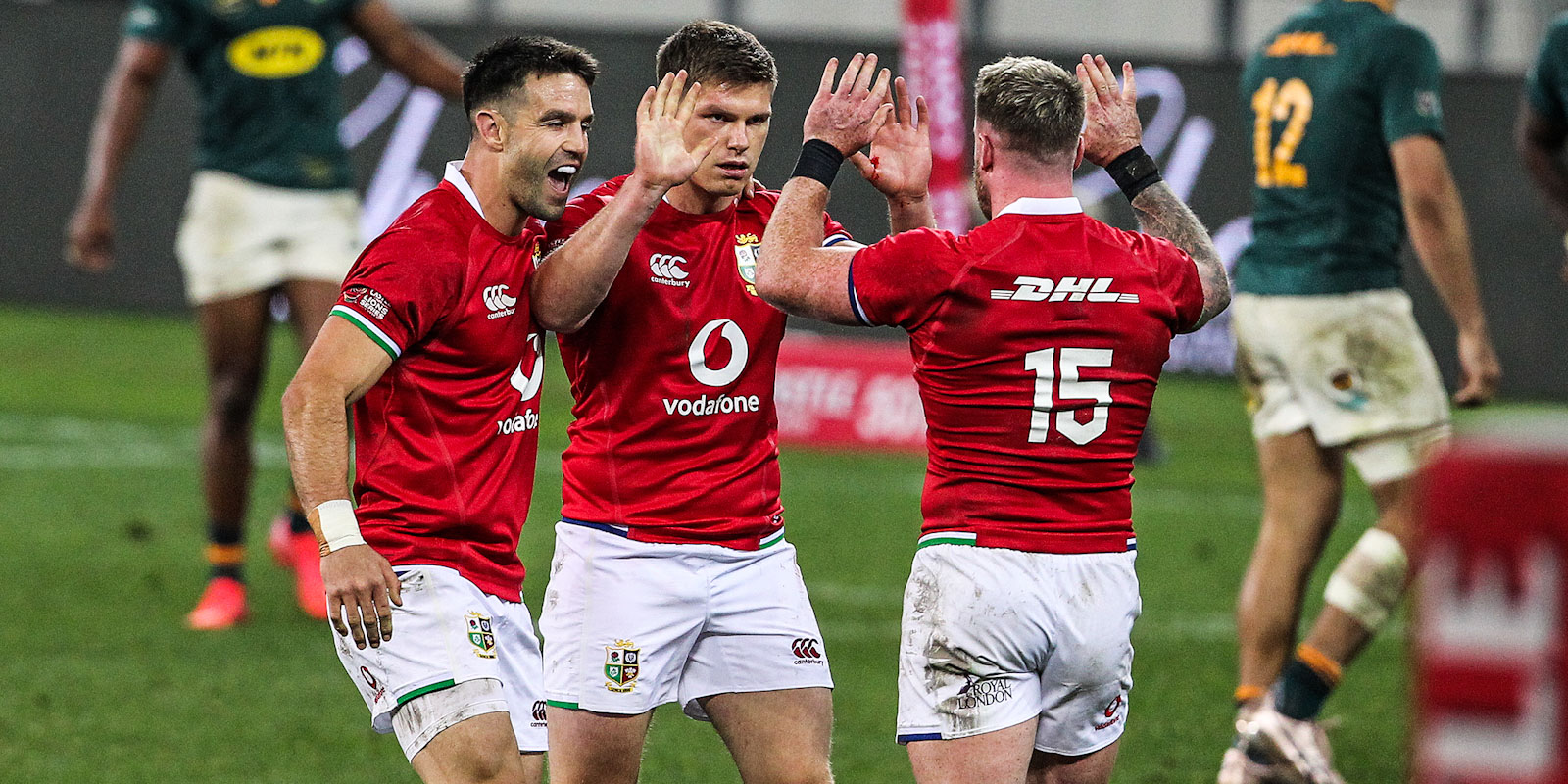 Lions celebrations after Owen Farrell's penalty goal pushed them ahead by five points.

“Our half-time talk was to step up at the breakdown and then our discipline fell away. We started to make mistakes, especially at maul time. We did not make the step-up needed when required.

“We can certainly salvage this. A proper review is needed, but we can sort it out, no doubt. It worked in the first half, and I believe what happened in the second half is fixable.”

The Springboks had three tries awarded, but two were cancelled after the intervention from the TMO. Nienaber had no issue with that.

“I completely trust the officials, that is their jobs, they are the professionals in that field,” he said.

“They are in a better position and have many angles to look at. Sometimes these calls go against you, as we found out today. In the second half we had three try scoring opportunities, twice we were called back. Those is the small margins in this game.” 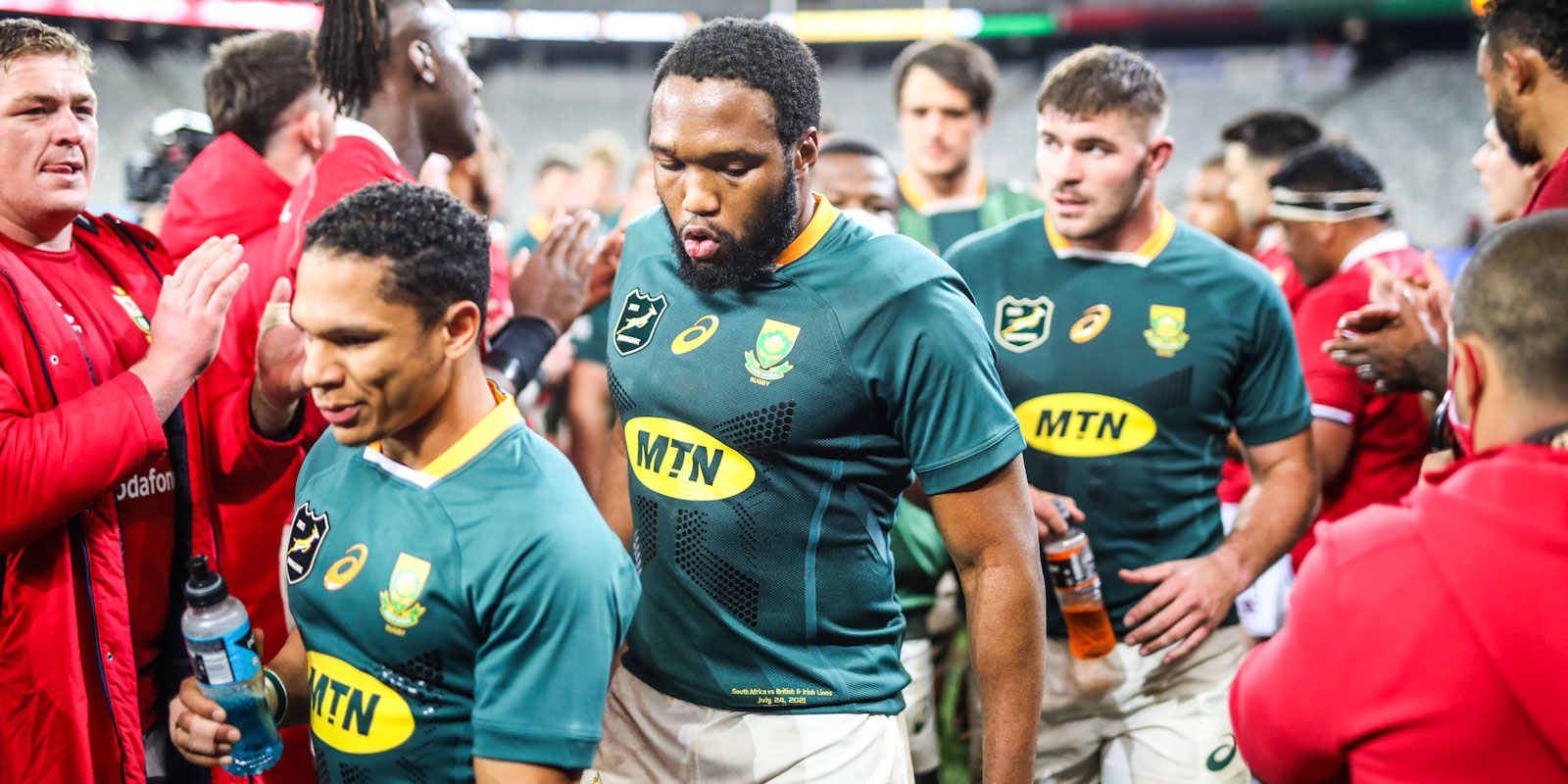 The Boks leave the field after going down in the first Test in Cape Town.

Nienaber refused to blame the potential impact of the COVID pandemic in his team on the defeat.

“We did not play a lot of rugby together, but we still had good cohesion in the first half. What happened in the second half was not because of COVID, we lost the battle in the air.

“They kicked a lot and we planned for it. It worked in the first half and in the second half it did not. Our execution was not as good.”

Springbok captain Siya Kolisi lamented the lack of execution and agreed with Nienaber that the effects of COVID had no bearing on the result.

“We did not get the maul going, and we need to look at that,” said Kolisi.

“They won the crucial balls in the air and the scraps that comes from that. Well done to them. We are back at work tomorrow and will start fixing what we need to.”

Springbok Women’s coach Stanley Raubenheimer named an impressive squad of 35 players for their second Rugby World Cup preparation camp in Stellenbosch in August, with a number of Women’s Premier and First Division star performers featuring alongside a strong core of experienced players.

The Mastercard Golden Lions Women successfully defended the Women’s First Division title they won two years ago when they beat Free State in the final in Johannesburg on Saturday, setting up an opportunity to get promoted to the Premier Division next year.

Relive the action from the first Lions Test

It wasn't the result the Boks had hoped for, but it was a classic as the British & Irish Lions won the opening Test of the Castle Lager Lions Series by 22-17 in Cape Town.

WP bounce back in style in Nelspruit

Tristan Leyds scored two tries as DHL Western Province bounced back in style with a hard-fought 37-23 Carling Currie Cup victory over the New Nation Pumas in Nelspruit on Sunday, after leading by 16-10 at the break.