The home side lost their opening match in the Premier Division last week and thanks to a 17-3 lead at the break, managed a good enough buffer to withstand the Lowvelders' fightback in the second half.

The Vodacom Bulls scored four tries and the visitors three, with a first half New Nation Pumas try ruled out due to a forward pass proving crucial in the bigger scheme of things, while flyhalf Eddie Fouche will also ponder on three missed kicks to goal.

Marcell Coetzee and his men will gladly take the bonus point though, while the visitors at least have a losing bonus point to show for their efforts.

The opening minutes saw the Bulls on attack, but a spilled pass helped the visitors to get good field position and a penalty within range of Fouche. The flyhalf's 53-meter effort went right of the uprights though.

The New Nation Pumas kept up the pressure though and after a strong scrum saw the home side dropping the bind, Fouche had a second, easier kick to the poles. He made no mistake, and his side was in the lead 12 minutes in.

That was short-lived, however.

A line break saw the home side get momentum and after a couple of phases, Harold Vorster, on debut for the Vodacom Bulls, celebrated his move to Pretoria with a delightful chip and re-gather effort. The midfielder dotted down 15 minutes into his debut. Chris Smith converted to put his side 7-3 up.

Gio Aplon hobbled off after 25 minutes and when the home side also lost an attacking lineout five meters out, they desperately needed something to lift their spirits.

That came via Smith, who kicked a penalty goal, with the New Nation Pumas putting hands in the ruck. The 10-3 score line after 30 minutes seemed fair reward, as they used their field possession better.

A silly hand in the ruck penalty by the Vodacom Bulls gave Fouche a third penalty goal attempt from 55 meters out, but this time the pivot pulled it to the left.

The Vodacom Bulls scored a spectacular second try. They counter-attacked from inside their half and Madosh Tambwe ran strongly down the right-hand touchline. The wing broke two tackles and dotted down near enough to the posts to hand Smith a comfortable conversion. 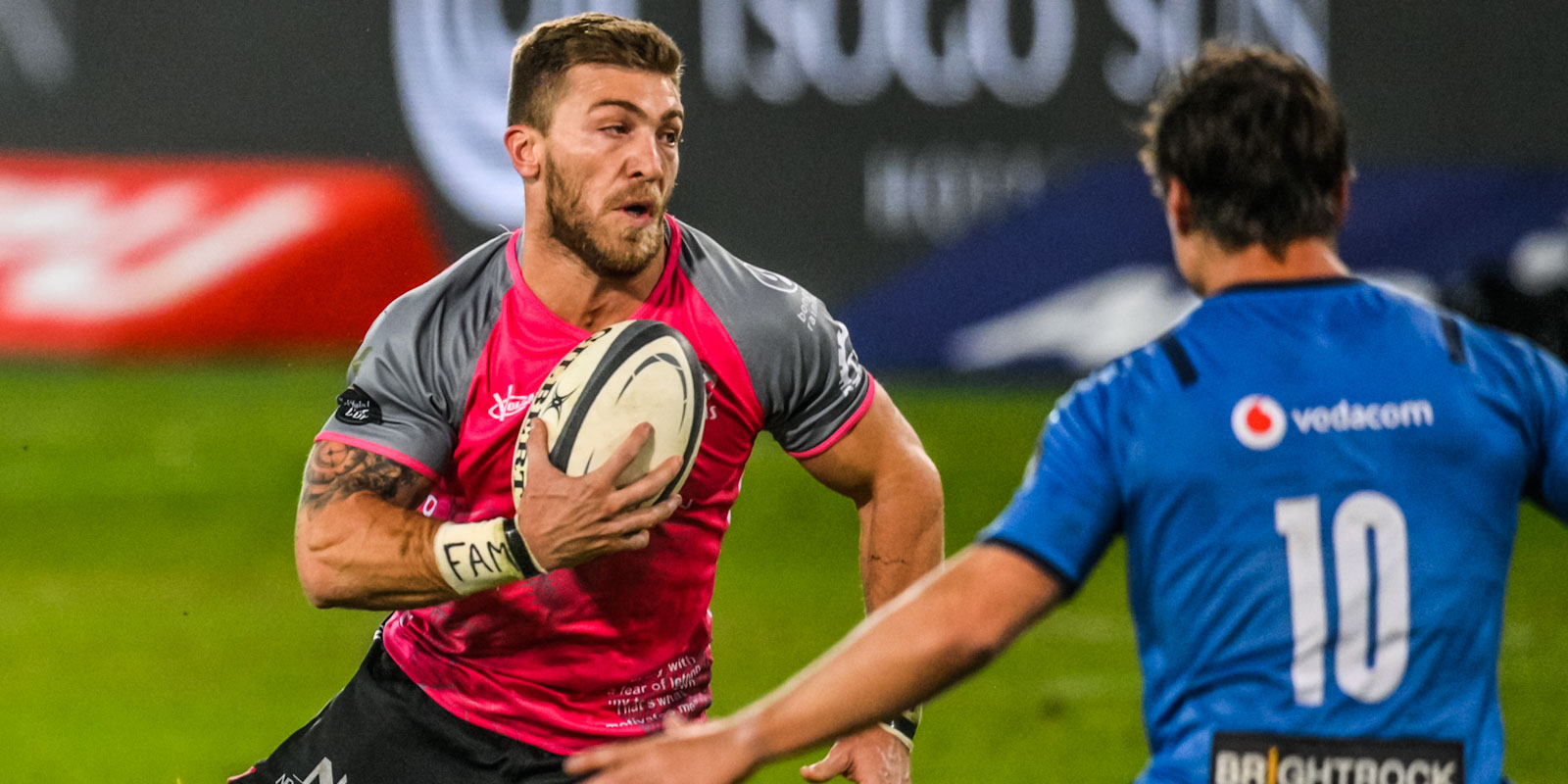 Those two converted tries and the penalty goal eased them into a 17-3 lead.

A good break by Matt Moore almost got the New Nation Pumas a try on the buzzer, but the midfielder's pass was not of the same standard and the home side went into the changeroom 14 points to the good.

The Vodacom Bulls were on the attack early in the second half, but lost possession and it cost them dearly. The New Nation Pumas started an attack from deep, with wing Tapiwa Mafura setting off on a determined run. He was stopped short of the line, but the Lowvelders recycled well, and Etienne Taljaard rounded off a stunning try.

Fouche converted and the visitor were back in it, trailing by a converted try with 47 minutes gone. A high tackle by the New Nation Pumas proved costly though and Smith kicked an easy penalty goal to stretch the lead to 10 again.

The men from Nelspruit thought they closed that to three when Taljaard dotted down again, but the final pass to him was ruled forward and a fluent backline move came to nothing. Instead, it was another high tackle that cost the New Nation Pumas.

The Vodacom Bulls kicked to the corner after the illegal effort and following a sustained attack, Cornal Hendricks sneaked down the blind side to dive over for a well-taken try. Smith's conversion from the touch line hit the posts, but the lead of 15 suddenly looked menacing for the Lowveld visitors.

The New Nation Pumas scored a rather fortunate try, when a Fouche kick ahead bounced wickedly and Stravino Jacobs lost the ball forward. Fouche pounced and scored under the sticks. He converted to cut the lead to 25-17 with 20 minutes left.

A beautiful pass by Fouche found a charging Devon Williams, who came into the line at great pace. The fullback beat the first defender and drew the second to hand Mafura an easy run-in. Fouche missed the conversion, but suddenly it was a two-point game with both sides chasing a bonus point and a win.

It was the New Nation Pumas who blinked first in the stare down with Aplon’s replacement, David Kriel who got the fourth try. Marcell Coetzee ran strongly and created the front foot needed to open the outside channels, with Kriel the recipient of the final pass. Smith kicked the conversion to create a more palatable buffer at 32-24.

Coetzee conceded a penalty in front of his sticks though and Fouche cut the deficit to five again (32-27), but as hard as they tried, the New Nation Pumas could not get the final score with the home side perhaps more deserving of the spoils because they used all their scoring opportunities.

Seven games in, and already the Carling Currie Cup has seen its share of upsets, thrillers, ridiculous tries and golden moments to last for a long time.

The Border Ladies cemented their place in the Women’s Premier Division final in Cape Town against DHL WP with a commanding performance against the Cell C Sharks Women in East London on Saturday, which saw them cruise to a satisfying 38-10 victory.

Join us for this round eight clash in the Women's Premier Division, live from East London.

Table-topping DHL WP are in action in the Eastern Cape against the EP Queens, live from Wolfson Stadium at 14h45.