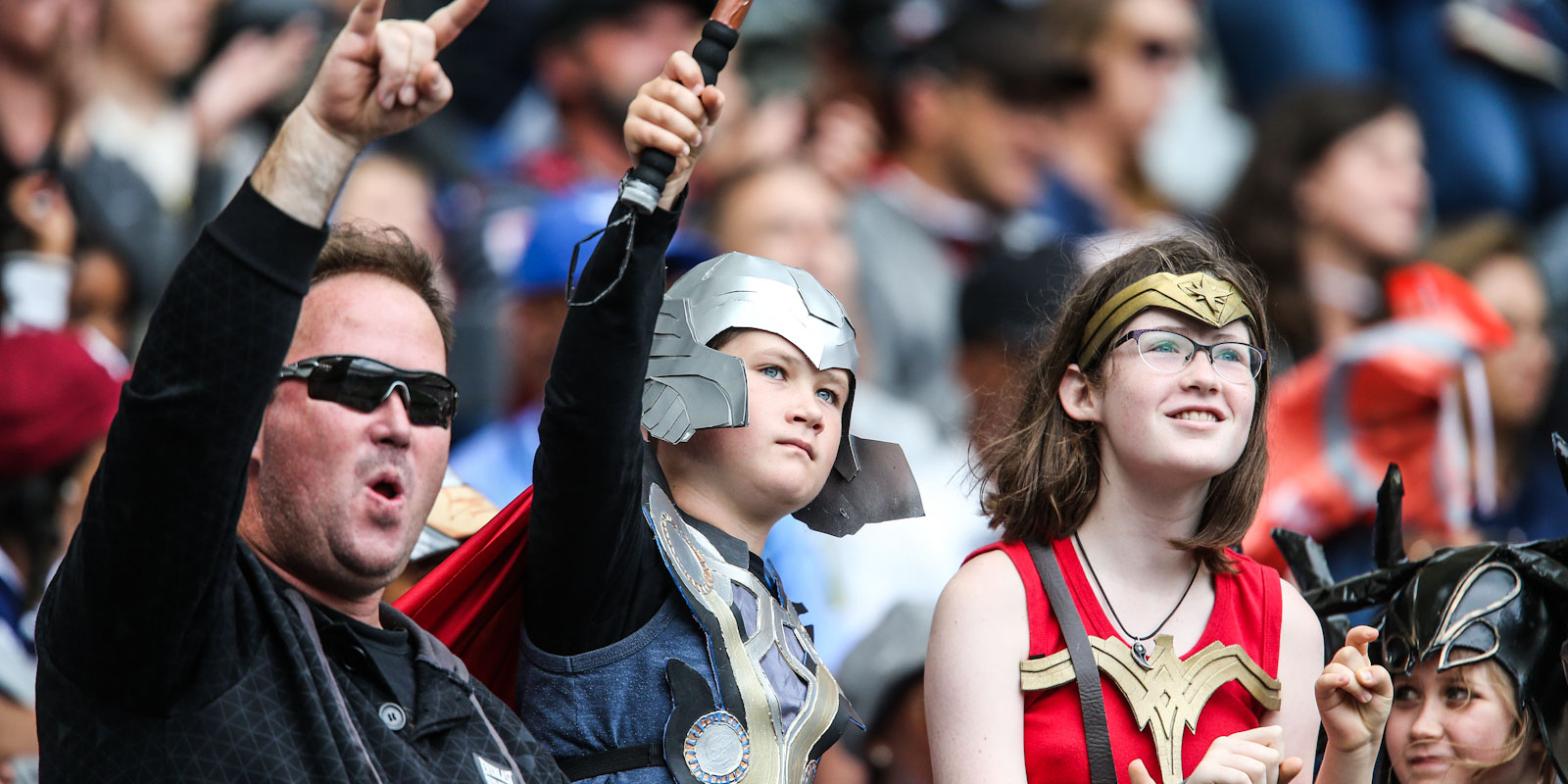 It’s time to kick 2020 into touch. It’s time for rugby fans to reunite around their pride and passion for their team with Vodacom. For South African rugby fans – it’s time to upload to show up.

The Vodacom Bulls will kickstart Vodacom Super Fan Saturday as they take on the Cell C Sharks. And they’ll be followed by the epic clash between the Emirates Lions and the DHL Stormers. The matches will be televised live on SuperSport.

But the real stars will be the fans who’ve sat through hours and hours of watching rugby highlights and waited patiently for this moment to witness all the real-life glory of blood, sweat and cheers. Vodacom Super Fan Saturday is rugby re-booted – for the fans.

For the first time in the history of South African rugby, Vodacom will help fans to get behind their team like never before. 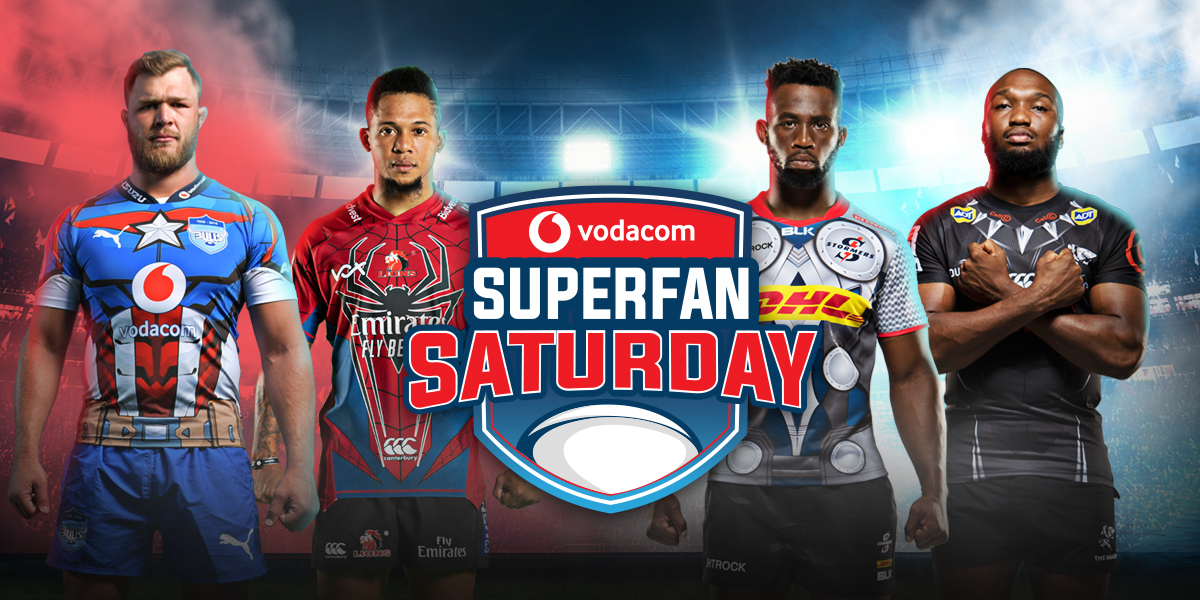 Vodacom Super Fan Saturday is scheduled for 26 September in Pretoria

They simply need to upload to show up.

Fans can visit the website, click on their favourite team and upload their photo to their team’s page. Fans who upload their photos stand a chance to win prize hampers consisting of Vodacom data and Vodacom Super Rugby jerseys.

Thousands of fan images will be printed on giant cardboard cut-outs that will be placed in the seats at Loftus Versfeld, creating a festival of fandom.

No spectators at sporting events? No problem. This is the only ticket any fan anywhere in South Africa needs to get back in the game and still support their team. This is the chance for fans to make history as Vodacom brings the fans to the game in a groundbreaking new way. There will also be a range of prizes for fans and Vodacom customers to win. 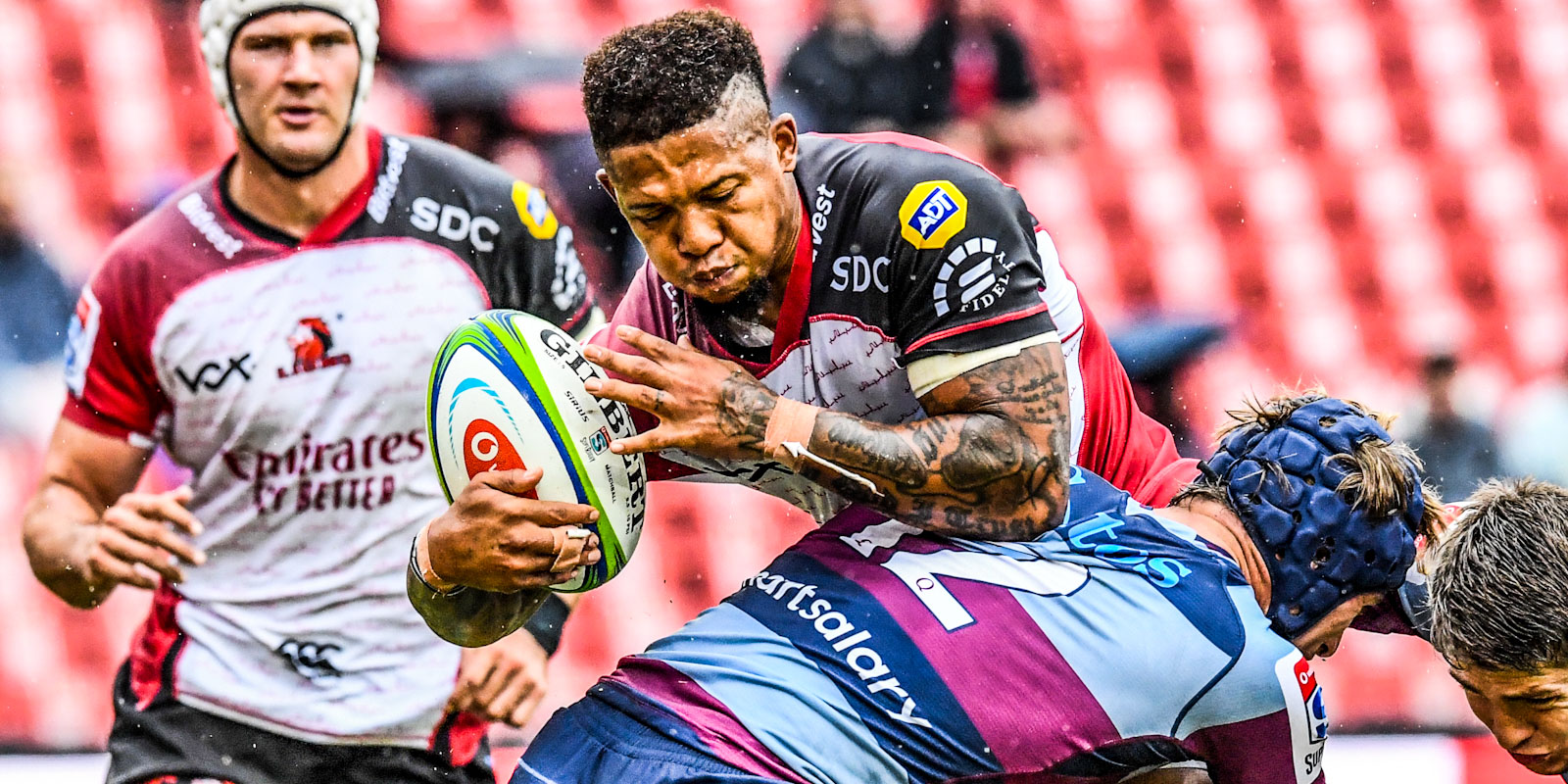 The unity of South African rugby will also be showcased through the #RugbyUnites initiative for Vodacom Super Fan Saturday and in partnership with the South African Rugby Legends Association. Every point scored during the double-header will result in a donation of R2,500 to #RugbyUnites and their supply of food parcels to various charities around South Africa to help alleviate the burden caused by the COVID-19 pandemic.

“The game of rugby had to change and adapt because of the lockdown regulations and the Coronavirus, but the passion of the fans remains the same,” said Michelle van Eyden, Head of Sponsorship at Vodacom.

"We at Vodacom know how important it is for fans to still feel connected to their favourite sport and team. With #SuperFanSaturday, we’re side-stepping the challenges and putting the fans back in the stands in a new and exciting way for sport. We can’t be together, but we can stay fans." 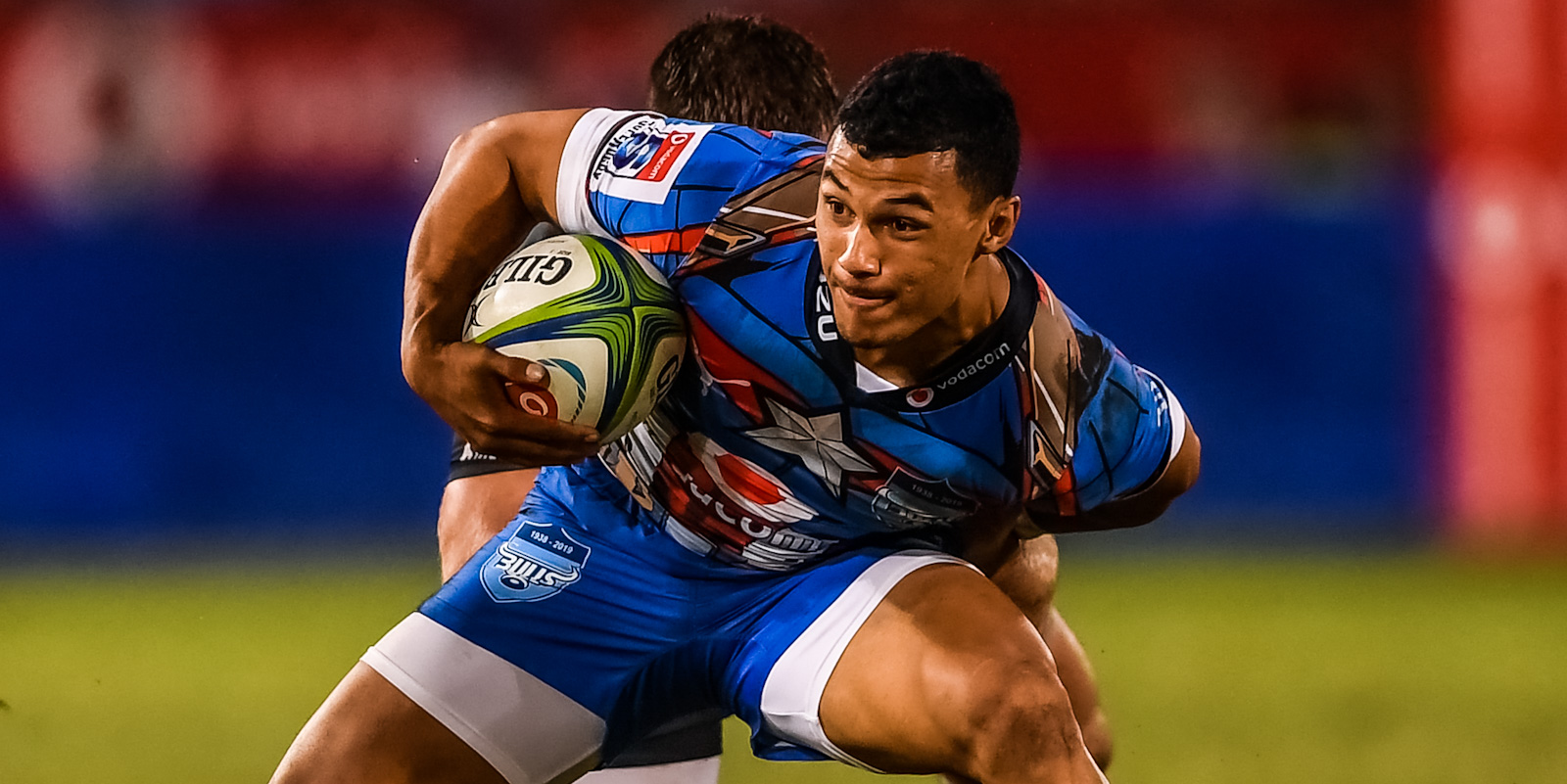 South African rugby’s leadership was unanimous in its welcome of the return to action and the innovative fan concept.

“We’re proud to be the host venue of such a significant moment in South African rugby, and to be able to welcome the fans back to the game in such a unique way at Loftus Versfeld. Rugby is nothing without the passion of the fans and their support,” said Edgar Rathbone, CEO of the Vodacom Bulls.

Rudolf Straeuli, CEO of the Emirates Lions, applauded the creativity of the initiative as a vision of rugby’s potential to keep crossing boundaries.

“The lockdown has forced rugby to rethink how it reaches the fans in an entirely new sporting landscape. Vodacom Super Fan Saturday puts rugby back in the hearts and minds of the fans in a safe and responsible way," said Straeuli. 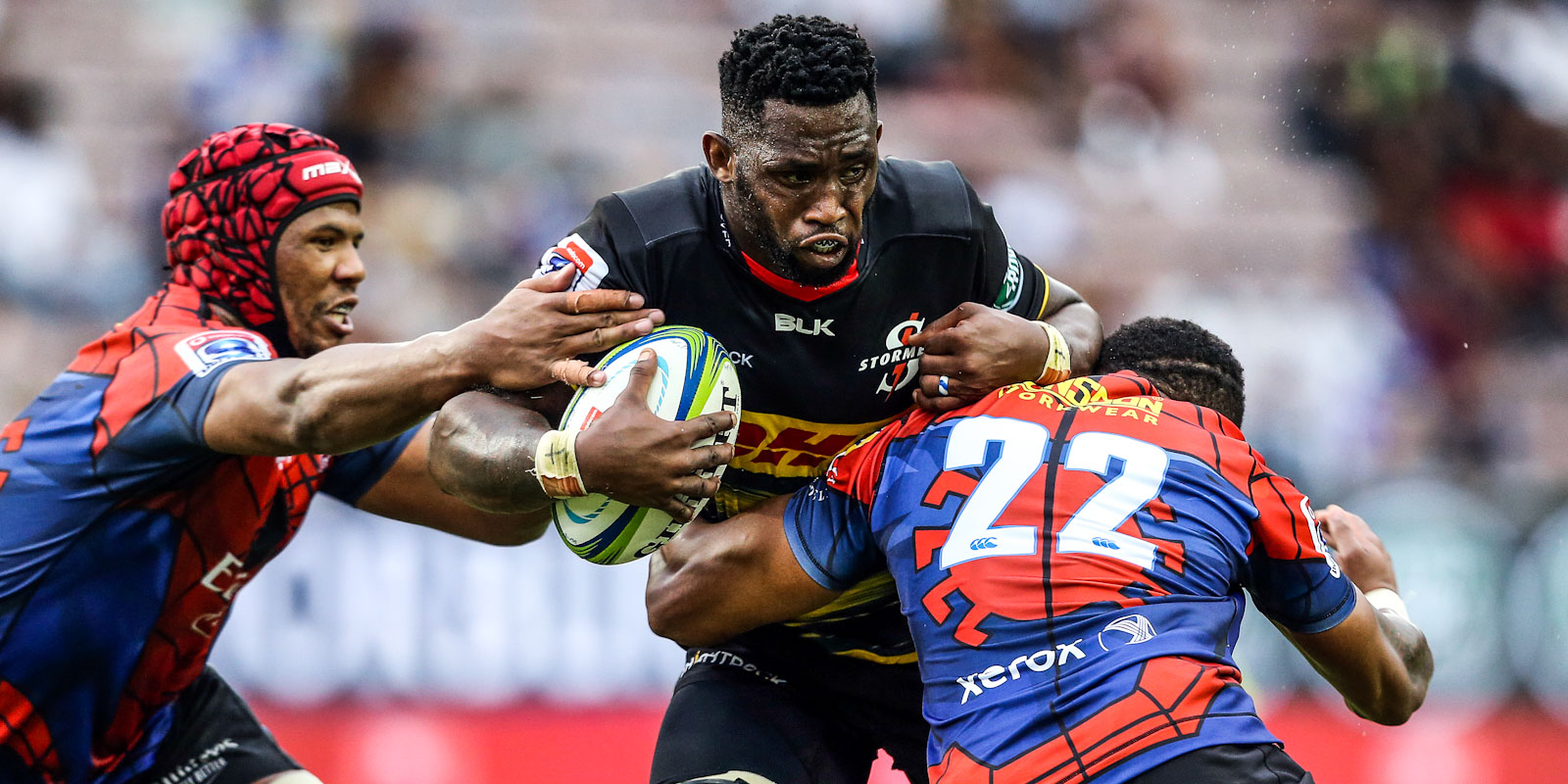 Eduard Coetzee, CEO of the Cell C Sharks, also welcomed the new concept: “The players need the fans. We’ve seen some restarts of other sports leagues around the world, but Vodacom Super Fan Saturday takes it beyond just restarting rugby and brings that essential element of fan engagement as well, which the players really respond to.”

DHL Stormers coach John Dobson said: “The fans are the faithful heart of our game. Vodacom Super Fan Saturday is exactly the kind of re-start rugby needs, and the perfect welcome for the return of the game.”

So rugby fans, it’s time to Click, Pause and then Engage with Vodacom Super Fan Saturday – because your picture is worth a thousand cheers.