That is the view of Springbok Sevens coach Neil Powell after the Blitzboks were officially handed their silver medals for the 2019/20 season, awarded to them after the World Series was suspended with six of the 10 tournaments completed.

SA Rugby’s deputy president, Mr Francois Davids, did the handover of medals to the squad in Stellenbosch earlier on Monday.

Powell said the second place finish does reflect on the good work done by the squad during the season, which saw them winning the Dubai and Los Angeles events and finish runners-up in Cape Town and Sydney.

“The pleasing part is that it shows that some of our planning – with the postponed Olympics in Tokyo as the end goal – was successful and can be copied when we do it all over again for the 2021 Games,” said Powell. 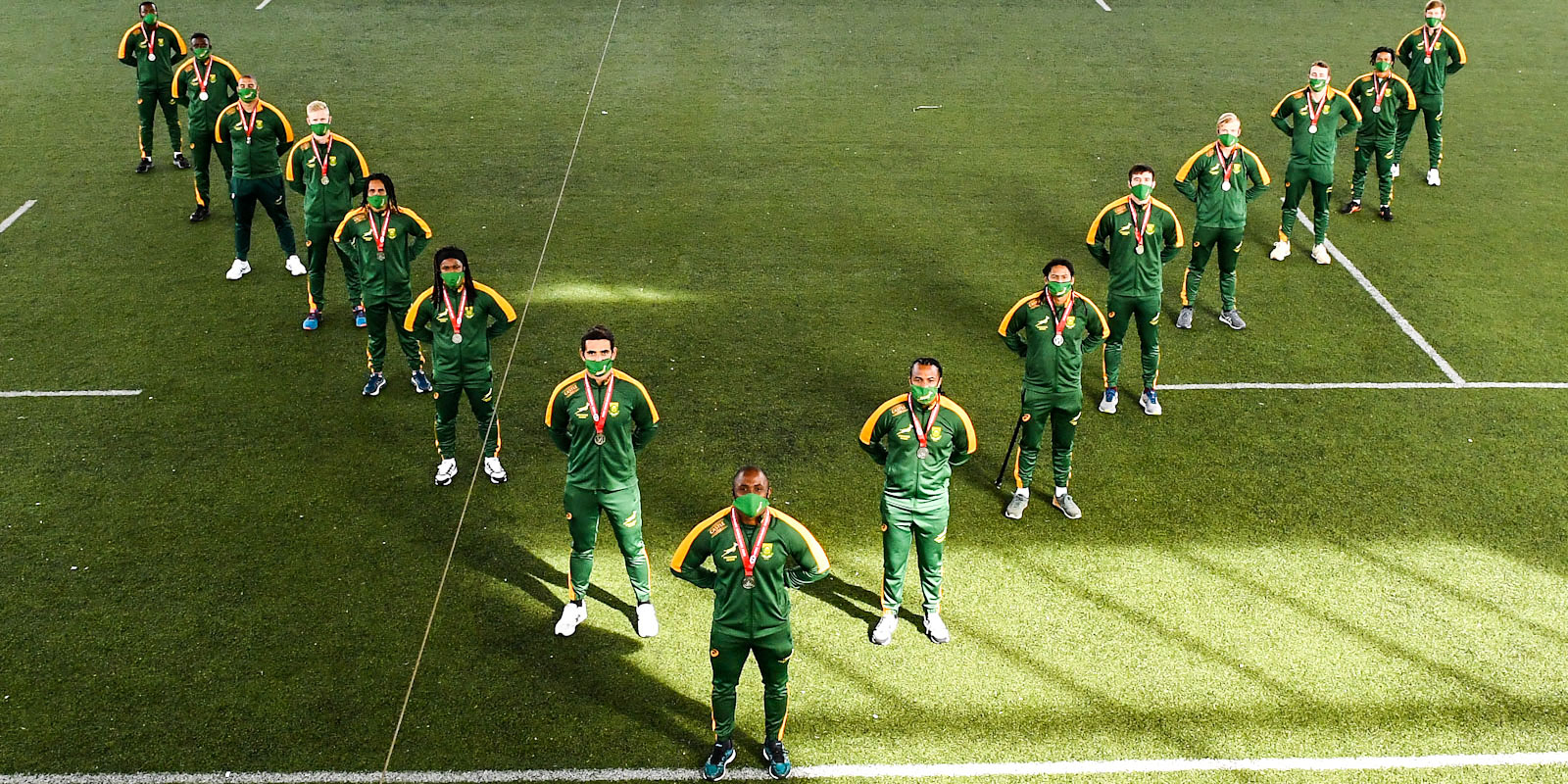 “The physical medal around the neck also gives the players the comfort that their hard work was not for nothing.

“The tournament wins in Dubai and especially Los Angeles were remarkable and even the two final defeats, in Cape Town and Sydney, hinged on one or two plays only.

“I also have to congratulate our management, who was part of the planning and execution, as it remains a team effort from all involved.”

The Blitzboks have again shown great consistency, which saw them finish second, first, first, fourth, and second in the last five seasons of the World Series.

The 2019/20 season saw the Blitzboks maintain a 76% winning record, with 25 of their 33 matches in six tournaments ending in victories, while they lost only seven matches and drew one. They scored an average of 23 points and four tries per match, and made an average of 13 tackles per game.

SA Rugby has welcomed the confirmation that the Castle Lager Rugby Championship would be held in 2020, however Jurie Roux (SA Rugby CEO) cautioned that the participation of defending champions, South Africa, still had to be confirmed.

“It was just fantastic playing against them” – Matfield

He holds the record for the longest Test career and the most caps for any Springbok, and despite playing 127 Tests in 14 years and 122 days, Victor Matfield only played 240 minutes of rugby against the British & Irish Lions.

Leinster coach Leo Cullen did what was anticipated when he named Ireland flyhalf and regular captain Johnny Sexton on the bench for Saturday’s Guinness PRO14 final against Ulster in Dublin.

Veteran Springbok and Toyota Cheetahs scrumhalf, Ruan Pienaar, who represented Ulster 141 times, believes it is a massive achievement for the team to contest the Guinness PRO14 final on Saturday against defending champions Leinster in Dublin.