The remodelled Sevens World Series will include seven festival style events, in seven iconic global destinations, across seven months, featuring the best 12 men’s and 12 women’s teams and is set to kick off in December 2023.

In a move designed to attract a younger, more diverse and global fanbase while generating greater revenues to reinvest in players and teams, the transformed Series hosting model will see World Rugby EventsCo assume greater responsibility for the delivery of the events, working in partnership with host organisations.

Following a compelling record breaking year for women’s rugby, the Series will fully embrace gender parity with all seven rounds featuring combined men’s and women’s events, ensuring that women players have equal opportunities to showcase their talents on the biggest stages around the world.

Following consultation with the participating nations, the men’s Series will reduce from 16 to 12 teams, aligning with the Olympic competition model and bringing the number of men’s and women’s teams even, while allowing for more optimal match scheduling opportunities.

An annual ‘Grand Finale’ event will take place in the seventh round, which will see the top eight ranked teams after six rounds compete to be crowned Series champions, while the teams ranked ninth to 12th will join the top four ranked teams from the Challenger Series in a high stakes relegation play-off competition which will see four teams secure their places in the next edition of the Series.

The four unsuccessful teams will go into regional competitions to qualify for the next Challenger Series, which comprises of 12 men’s and 12 women’s teams competing in the second level of international rugby sevens.

Player welfare considerations remain paramount and the reduction in the number of tournaments will allow players to perform at the very best of their ability when they enter the pitch, while also supporting the ambition to deliver more environmentally sustainable events in line with the World Rugby Environmental Sustainability Plan 2030 launched earlier this year.

Discussions are ongoing with potential host destinations, following unprecedented hosting interest. Confirmed hosts, competition dates and a new brand identity will be announced in the coming months, with the first edition of the remodelled Series to run from December 2023 through June 2024. 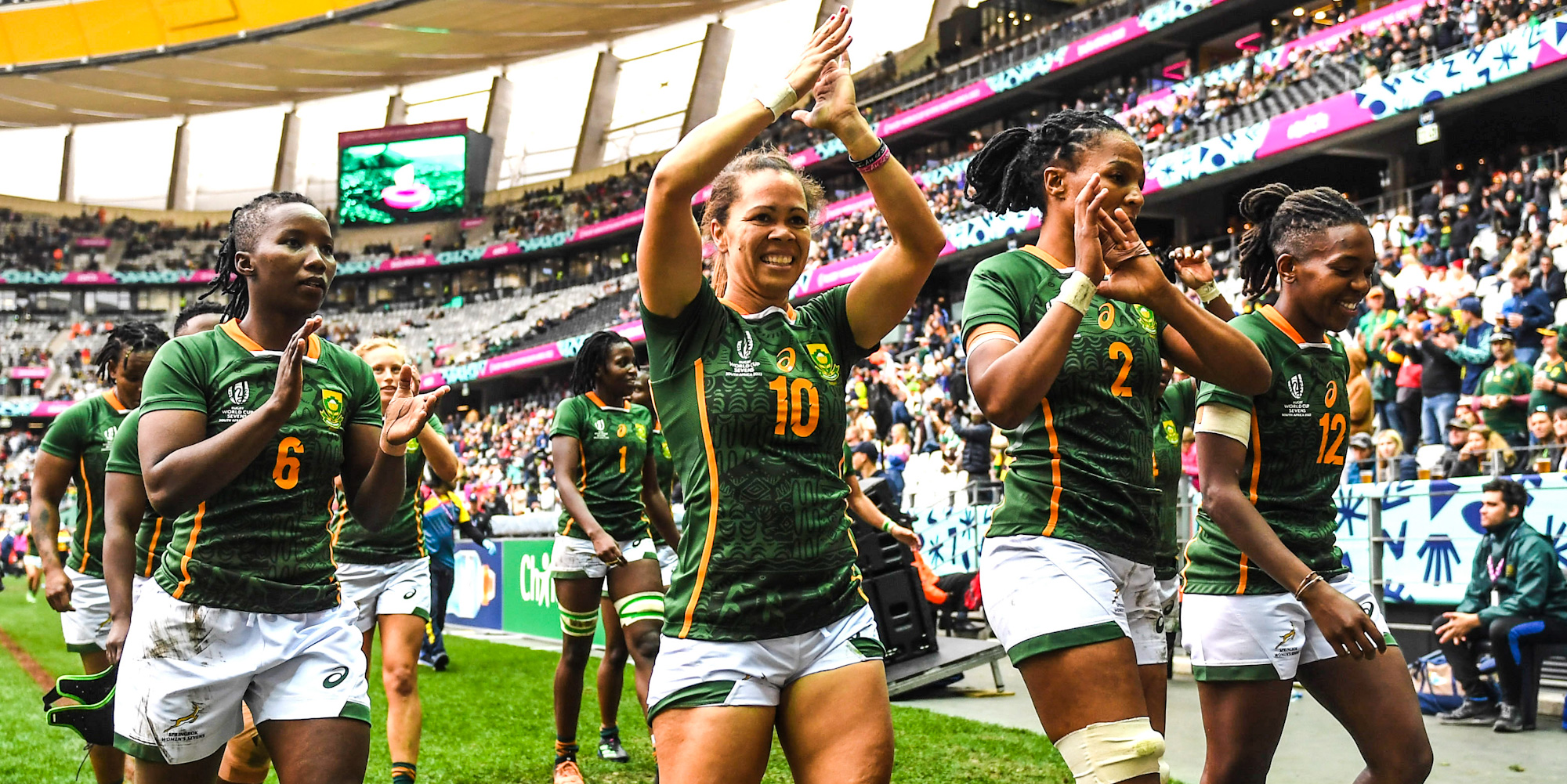 All seven World Series events will include competitions for both men's and women's teams.

The current HSBC World Rugby Sevens Series continues with the next pair of rounds taking place in Dubai on 2-3 December, followed by Cape Town on 9-11 December.

World Rugby Chief Executive Alan Gilpin said: “The reimagined Sevens World Series will be a game-changer for the global growth of the game. Research insights have demonstrated that sevens plays a vital role in reaching and engaging new rugby fans, particularly in emerging rugby nations and with younger audiences. World Rugby is fully committed to the sustainable growth, innovation and success of rugby sevens as a highly impactful and successful Olympic sport with a bright future.

“We have consulted widely with a multitude of stakeholders to achieve our shared aim of making rugby more relevant and accessible to more young people, more of the time, and in doing so growing the reach of rugby while ensuring player welfare is sacrosanct and further cementing the successful positioning of rugby sevens on the Olympic sport programme.

“Moving to full gender parity between the men’s and women’s Series reflects not just our commitment to accelerating the women’s game, but also recognition of the powerful personalities who are inspiring a new generation of fans across the globe.

“The increased promotion pathway opportunity for Challenger Series teams to reach the pinnacle Sevens World Series is also an important development, giving more teams the chance to attain a place at the top table of rugby sevens on an annual basis.”

World Rugby Chief Revenue and Fan Engagement Officer Richard Heaselgrave said: “The simple aim of the remodelled Series is to grow the game by reaching more fans, generating greater revenues to reinvest in performance, and deliver bigger, better and more engaging and entertaining event experiences for fans in the stadium, interacting online or watching on broadcast around the world.

“Fans will be at the heart of the action as the Series will chase the sun, mixing the best of sport and entertainment to create unmissable live event experiences with a festival atmosphere in seven iconic global destinations, which will broaden rugby sevens’ appeal and attract new audiences.

“We will continue to build the Series into a global sports and entertainment brand by widening our event experience offering. The Series has a great opportunity to develop world class events that integrate top level sport, live music, culinary experiences, retail, art, culture and mass participation, providing fans with the flexibility to watch, play and engage across a range of event experiences.

“Rugby sevens is a sport like no other. The action is non-stop. The Sevens World Series will showcase the physical and skilful prowess of some of the world's most impressive athletes in multi-day festivals of vibrant celebration and entertainment. The future of rugby sevens is very bright.”

Energy and anticipation for new Blitzboks

They have the most experienced Blitzbok of all times in Branco du Preez in their midst, but where the veteran arrived in Dubai for the ninth time, there are also three of his Springbok Sevens team mates that received their first UAE arrival stamps in their passport.

One of the significant features to come out of the Springboks’ Castle Lager Outgoing Tour this month – and the November international series in general – was how it underlined the role played by the Vodacom United Rugby Championship in breeding players for successful roles in their national teams.

The Vodacom United Rugby Championship is launching the URC Unity Awards on Tuesday, to recognise the great work done by players and teams within their communities and for charitable causes.

It was a weekend of success for the home sides in the Vodacom United Rugby Championship, with three of the four South African sides victorious, until Cardiff upset the apple cart in Durban in the last match of round eight.

Another round of “SA v Wales” in the Vodacom URC

The weekend’s exciting Vodacom United Rugby Championship ninth round action once more will see all four South African sides hosting Welsh opposition, starting with Friday evening’s clash in Durban between the Cell C Sharks and Ospreys, which kicks off at 19h10.

The Springbok Women's Sevens stayed in the run for the International Invitational title of the Dubai Sevens tournament by beating Kenya 31-0 in the second of their pool matches at The Sevens stadium on Thursday after a slow start to the day.

The Cell C Sharks have welcomed back a number of returning Springboks for their Vodacom United Rugby Championship clash against Ospreys taking place at Hollywoodbets Kings Park in Durban on Friday evening.

Energy and anticipation for new Blitzboks

They have the most experienced Blitzbok of all times in Branco du Preez in their midst, but where the veteran arrived in Dubai for the ninth time, there are also three of his Springbok Sevens team mates that received their first UAE arrival stamps in their passport.