Webb: “We have a shared vision at RWC”

The naming of the Springbok Women squad for the 2022 Rugby World Cup in New Zealand resulted in 32 different stories of journeys travelled, but Eloise Webb says all of them have a united vision – to go onto the field, represent their country to the best of their abilities and make South Africa proud of their women’s rugby team.

Webb reflected on her own travels to New Zealand after the team had another solid training session at Grammar Juniors Rugby Football Club in Auckland and said the excitement amongst the players is sky high.

“All of us are pretty excited about this as we were all part of the journey for a while now, and with us reaching New Zealand and already experiencing the vibe of the event, it is a great time to be around the Springbok Women team,” said Webb, who played the first of her seven Test matches in the Rugby World Cup qualifiers in 2019.

“This is what it is all about – not only do we get to play at such an amazing event as the Rugby World Cup, but we also get to do so with top class teams, who we will be competing against soon.

“That is what every player in this squad wanted, the opportunity to play against the best teams out there and to measure ourselves against them. This is happening soon, so the feeling in the camp is real.”

Webb experienced the hype of a Rugby World Cup earlier this month, when she was part of the Springbok Women's Sevens squad that played at RWC Sevens in Cape Town, which was another career highlight for the 26-year-old.

But the trip to Cape Town almost did not happen for the Nelson Mandela University postgraduate in education. Webb was injured during the Women's Premier Division final between Border Ladies and DHL Western Province, which ruled her out for a number of crucial months of a jam-packed year.

She missed out on both the tour to Japan and the Commonwealth Games in July, while she was also not considered for the two tests against Spain in August. 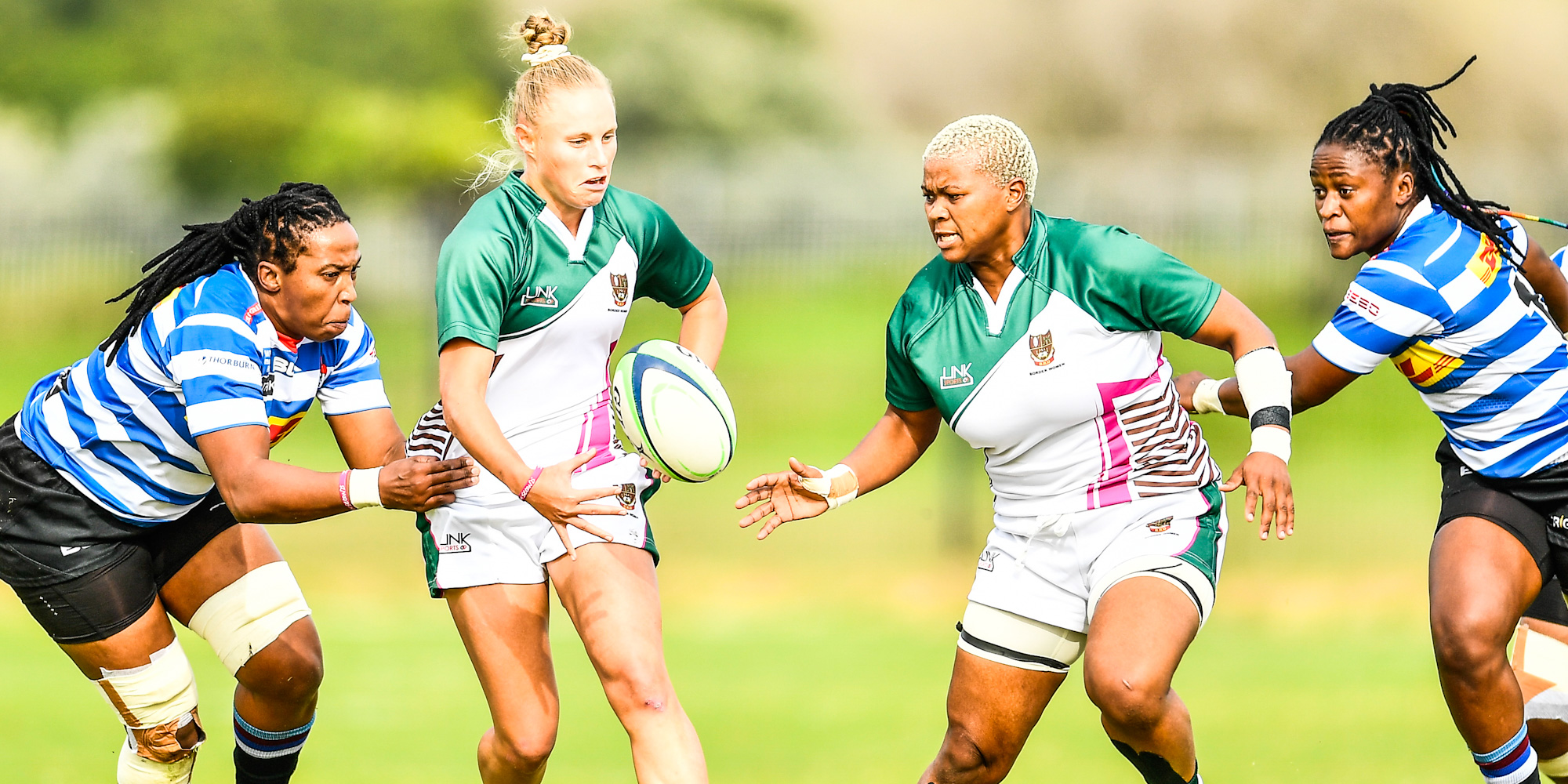 “It was touch and go for me to make it to the Rugby World Cup Sevens and it was a huge relief when I was declared fit and ready to play in Cape Town,” said Webb.

“I wanted to play in that tournament, because you only get that opportunity to play in your own country at a World Cup once and I am very happy to say that I did that.

“This Rugby World Cup was always the big one for the year though and when I made it in time for Cape Town, I knew I would be ready if selected to come to New Zealand. I am very pleased that I was included and now I cannot wait. Playing in Cape Town certainly sharpened me up nicely and I am keen to give it a go.”

Webb is one of half a dozen players in the squad who were in action in Cape Town, and she feels that experience will help them get past the early tournament nerves as they prepare to face France in the opening match on 8 October.

“We experienced that hype and how to remain calm and focused,” she said. “Luckily, we also have the likes of Cindi (Nolusindiso Booi) and Zenay (Jordaan), who played in two tournaments already and they are sharing those experiences with us. I don't think the emotions will be too much, thanks to those experiences we had.”

Webb backs the squad to deliver competitive results: “We have been playing good rugby, we have faith in each other, and we back the plans the coaches have for us.

“I think we have a strong squad that has developed well over the last couple of months. But the most important thing for me, and the rest of the team I believe, is the desire we have to show to the world that we can play this game too. And that we belong on this stage,” she added.

South Africa face France, Fiji and England in Pool C of the tournament. Pool A consists of New Zealand, Australia, Wales and Scotland, and Pool B of Canada, USA, Italy and Japan.

It is still early days but Munster’s two defeats have served to set up Friday night’s Irish derby at Kingspan Stadium in Belfast as a game that will identify the main rival to the South African hopes of repeating last year’s trophy success in the Vodacom United Rugby Championship.

The Emirates Lions’ starting team for their third round Vodacom United Rugby Championship clash against Cardiff in Wales on Friday night shows two changes from the side that beat the Ospreys last weekend.

Her rugby talents have taken Sinazo Mcatshulwa to various continents and venues, but for the 26-year-old Springbok Women flanker, the location where you ply your trade has little impact on her approach to the game.

Fans flock back to see the Boks in action

The Springboks came close to a claiming a fifth Castle Lager Rugby Championship title this season, and although there was disappointment in the end, the men in green and gold still performed very well, with a number of Boks dominating the individual statistical analysis of the competition, while South African rugby supporters made the most of the opportunity to return to stadiums.

It’s official – tickets go on public sale at 09h00 on Wednesday 5 October for South Africa’s biggest, best and most FOMO-inducing party when the HSBC Cape Town Sevens returns in December, after a two-year COVID-enforced shutdown.

Ultimate peer recognition for Am, Davids and Roos

In a landmark moment for professional rugby players in South Africa, three players have been recognised by their peers with Players’ Player of the Year awards.

The Vodacom Bulls recorded their third win in as many weeks of the new Vodacom United Rugby Championship season when they defeated Irish visitors Connacht by 28-14 at Loftus Versfeld in Pretoria on Friday evening.