Two former HSBC World Rugby Sevens Series winners will provide the core of the newly appointed Springbok Sevens management, with Sandile Ngcobo and Philip Snyman taking the team into the 2022/23 season and beyond, following the Neil Powell coaching era.

The 33-year-old Ngcobo – who currently heads up the SA Rugby Sevens Academy and assisted Paul Delport with the Springbok Women’s Sevens at the Commonwealth Games and Rugby World Cup Sevens in recent months – will continue the same coaching pathway as Powell when he takes over the Blitzboks reins as head coach this week.

Snyman, 35, who guided Germany to their first Rugby World Cup Sevens qualification, will become his assistant coach with the recent Commonwealth Games gold medallists and runners-up in the HSBC World Rugby Sevens Series.

Both coaches bring years of experience as players. Ngcobo and Snyman were part of the squad that won consecutive World Series titles in 2017 and 2018, with Snyman captaining the Blitzboks in both seasons. The duo then retired from the game and moved into coaching immediately.

Ngcobo, who hung up his playing boots in 2018 and then went straight into coaching as assistant at the SA Rugby Sevens Academy, was promoted to head coach at the Academy in 2021, while Snyman took up a coaching position at the SAS Sevens Academy, then assisted Uganda towards Commonwealth Games qualification before joining forces with Germany.

SA Rugby president Mr Mark Alexander congratulated the coaching staff and wished them well for the future, with their first task being the opening tournament of the 2022/23 HSBC World Rugby Sevens Series in Hong Kong on the weekend of 4-6 November. 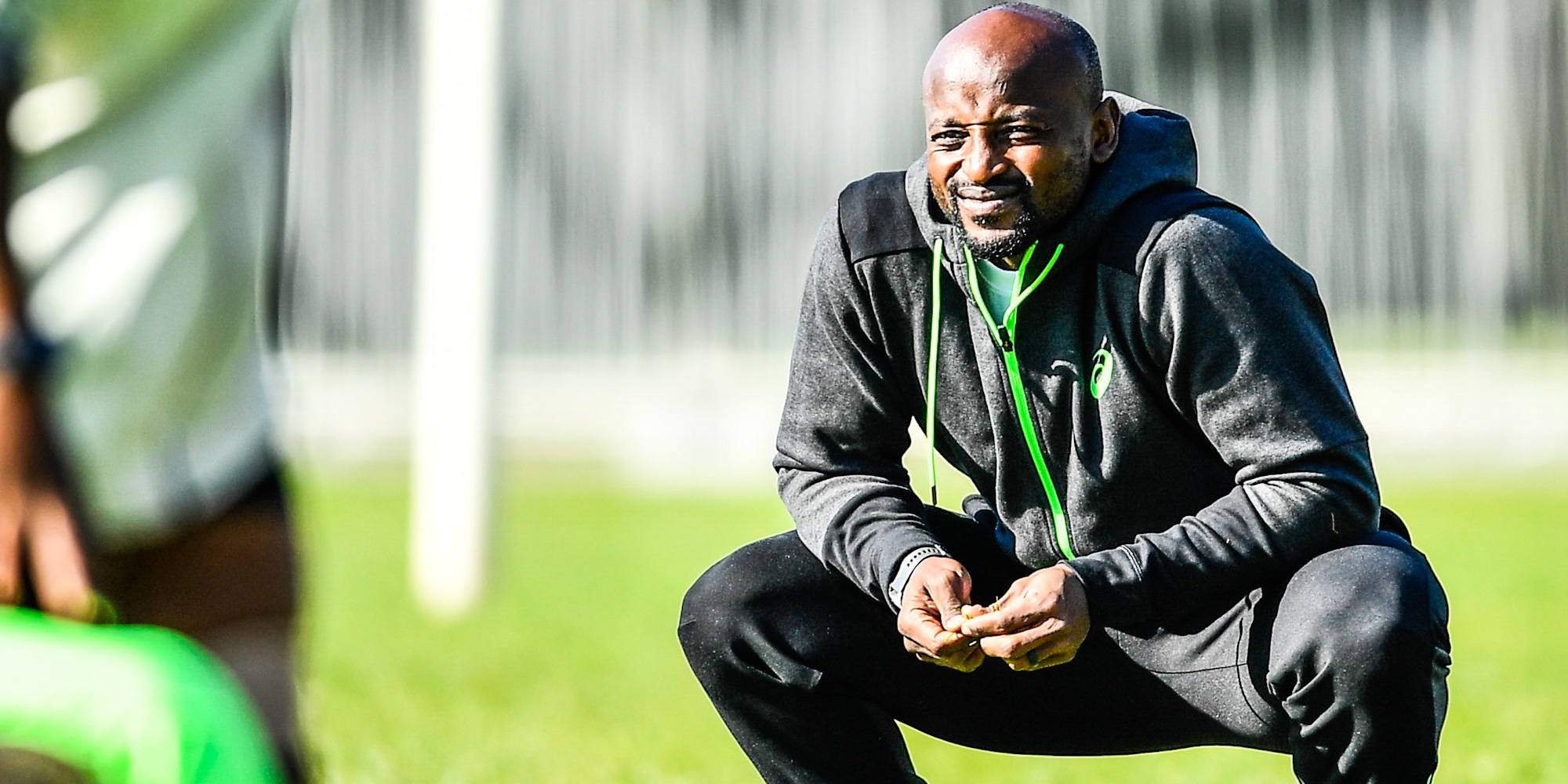 “They have huge boots to fill, we all know that, but there are still a lot of intellectual property and experience left in the management structure of the Springbok Sevens set-up, so we do not foresee any lowering of standards or performances from the squad,” said Mr Alexander.

“There will be growing pains as some experienced players also move on, but the core values of the squad and management will remain strong.”

SA Rugby's Director of Rugby, Rassie Erasmus, said Ngcobo's elevation was important as it shows that the coaching pathways are sound: “To have esteemed former players swopping roles to coach the team they served for so long, is testimony of the great culture that was created over the years.

“We have seen what the Blitzboks are capable of – they have been one of the top three sides in the world consistently over the last decade or so. That did not happen by chance, as their success was built over a long period at their base at the Stellenbosch Academy of Sport.

“Both coaches were part of the well-respected Blitzboks culture and are driven by that. They will certainly make sure the values of the system will continue to grow with the next generation of players.” 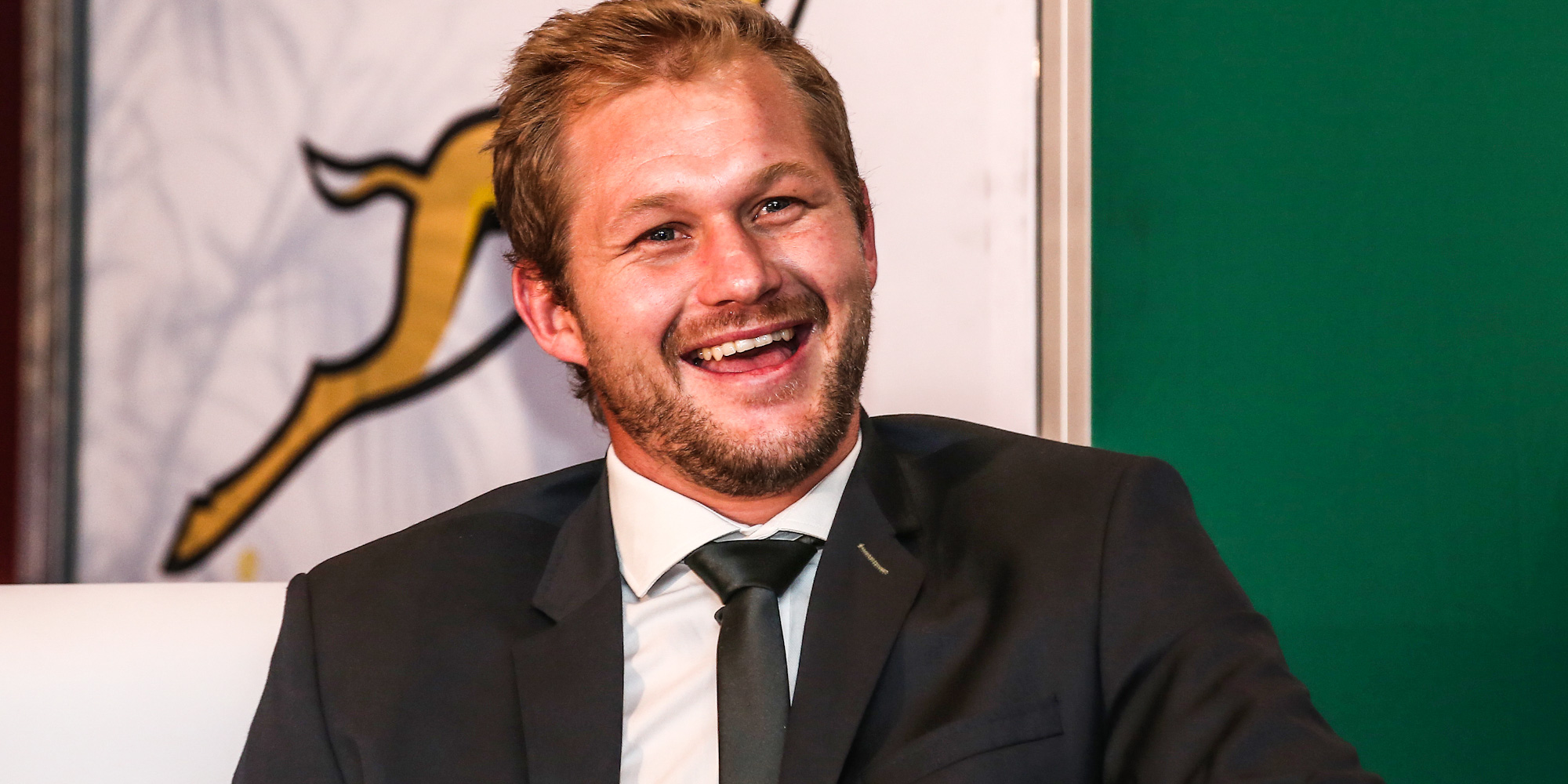 Ngcobo said his appointment was a massive opportunity: “I cannot give enough gratitude for the confidence that has been put into me and our team to take up the baton.

“The Blitzboks are indeed very close to the heart for all involved and our jobs will be to protect and grow the values of the badge and the brand. The work starts immediately as we have a warm-up tournament next weekend, so there is no time to sit idly and ponder.”

Ngcobo said he will sit with the rest of the management to clarify roles and responsibilities.

“I am not planning to make any drastic changes; we know what works,” he said. “The first challenge will be to look at the squad available and to start preparations for our first World Series tournament, which will be in Hong Kong early in November.”

Powell will formally leave SA Rugby's employment this week to join up with the Cell C Sharks, where he was appointed as director of rugby earlier this season.

Blitzboks to face Samoa in Cup quarters in Dubai...

The Springbok Sevens team bounced back in dramatic fashion with back-to-back Pool A wins at the Emirates Dubai Sevens on...

DHL Western Province scored their third win of the SA Rugby Under-21 Cup competition last Saturday when they outplayed the Toyota Cheetahs by 53-12 in their Saturday afternoon fixture played at the Villager Rugby Club in Cape Town.

Nominees for Players' Player(s) of the Year announced

MyPlayers, the body representing South Africa's professional rugby players, announced the nominees in their annual Players’ Player of the Year Awards, voted for and bestowed by the players themselves.

Springbok coach Jacques Nienaber named an unchanged starting team for their must-win Castle Lager Rugby Championship match against Argentina in Buenos Aires on Saturday, with the coach making only three changes to the replacements.

How an “incredible” weekend unfolded in Cape Town

Following 84 incredible matches, the curtain came down on an enthralling Rugby World Cup Sevens 2022 with Australia and Fiji sitting on the top step of the podium.

Springbok captain Siya Kolisi said his team had to break out of the blocks with intensity from the get-go in their Castle Lager Rugby Championship clash against Argentina at Estadio Libertadores De América in Buenos Aires in their penultimate match of the competition on Saturday.

The second season of the exciting Vodacom United Rugby Championship kicks off this weekend, with the Emirates Lions and Vodacom Bulls setting off the local action when they clash in a Gauteng Derby in Johannesburg on Saturday afternoon.

Argentina head coach Michael Cheika has made a number of changes to his team for Saturday's Test against the Springboks in Buenos Aires, from the team that lost heavily to the All Blacks two weekends ago.

New recruits Wandisile Simelane, Sbu Nkosi and Mihlali Mosi were all named to start for the Vodacom Bulls when they face the Emirates Lions in the opening round of the 2022/23 season of the Vodacom United Rugby Championship in Johannesburg on Saturday.

Malcolm Marx scored a brace as the Springboks recorded a decisive 36-20 win over Argentina in Buenos Aires on Saturday and in the process secured a crucial bonus point win at Estadio Libertadores De América in their first of two Tests against Argentina in the Castle Lager Rugby Championship.

Springbok captain Siya Kolisi said his team had to break out of the blocks with intensity from the get-go in their Castle Lager Rugby Championship clash against Argentina at Estadio Libertadores De América in Buenos Aires in their penultimate match of the competition on Saturday.