Vermeulen had surgery to his knee, while Steyn suffered a hamstring injury in June which ruled them out of the Castle Lager Incoming Series against Wales, and the next few weeks will serve as the opportune time for the Bok coaching and medical staff to monitor the players’ progress. With sufficient cover at the back and at loose forward in the squad, Aphelele Fassi and Marcell Coetzee will return to their franchises.

Cheslin Kolbe (wing), who broke his jaw in the final Test against Wales, has also been omitted from the squad as he is only set to be available for selection in September, while Cobus Reinach (scrumhalf), who did his rehabilitation with the national squad following a dislocated shoulder, requires medical clearance from his club Montpellier before he can be considered for selection.

The Springboks will play back-to-back Tests against the All Blacks in Nelspruit on Saturday, 6 August and in Johannesburg a week later on 13 August.

This will be followed by a trip to Australia, where they will play Tests at the Adelaide Oval (27 August) and Allianz Stadium in Sydney (3 September), before travelling to Argentina where they will meet the Pumas at Estadio José Amalfitani in Buenos Aires on 17 September. The team will then return to South Africa to wrap up their campaign in Durban against the Pumas on Saturday, 24 September.

“We are pleased with the enthusiasm and attitude the new players showed in the squad during the Castle Lager Incoming Series, and we feel that this group well worked together throughout the campaign and that we have good cover in all positions, so we opted to keep the majority of the group together for the home leg of Castle Lager Rugby Championship campaign,” said Nienaber.

“We will reassess the size of the squad for our tour to Australia and Argentina in the next few weeks.

“Duane and Frans are both very experienced players and they each have valuable traits that they bring to the field of play, so we are excited to welcome them into the fold. This will offer the coaches and medical staff a good opportunity to determine where they are in terms of their rugby.” 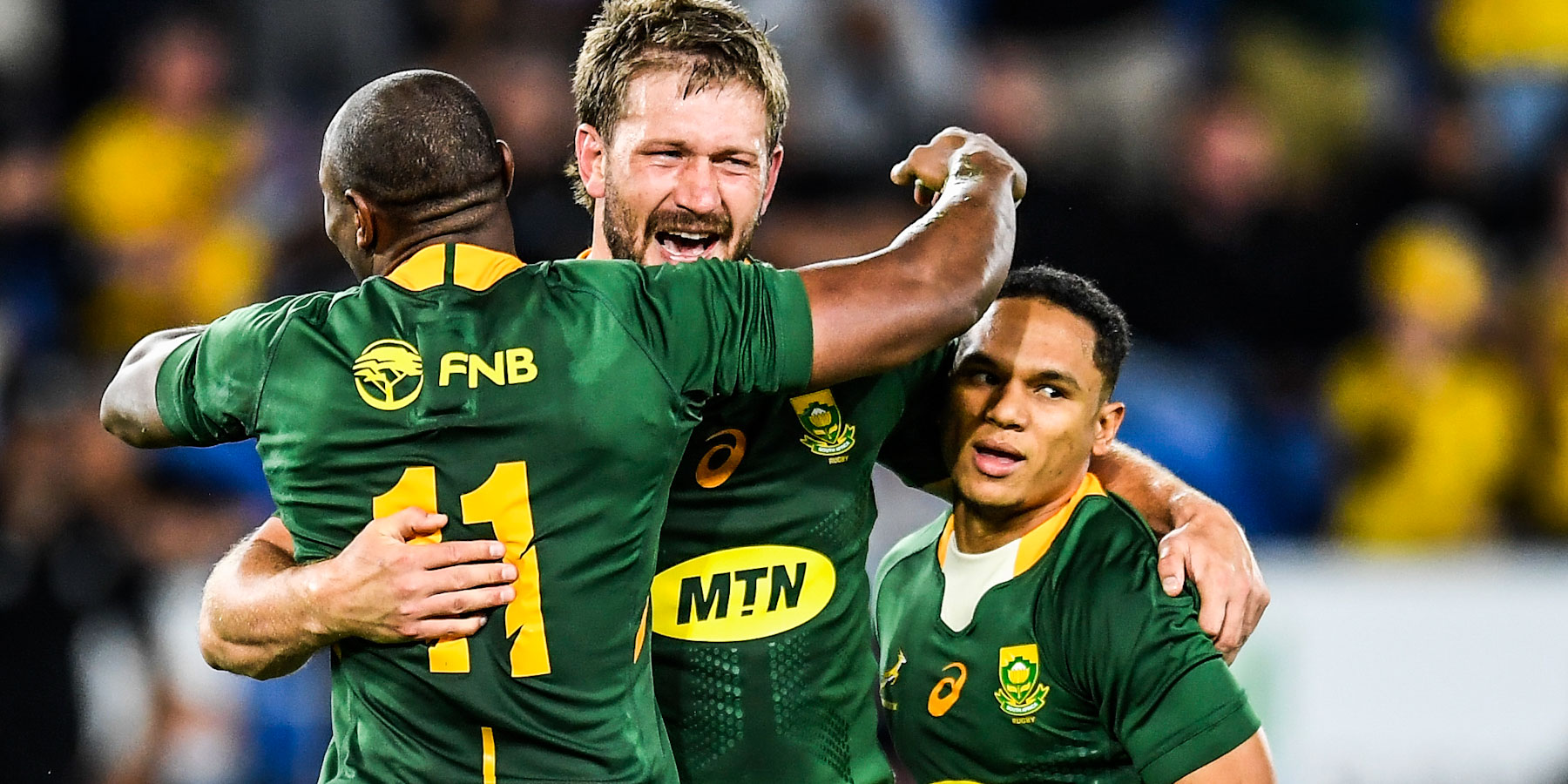 Frans Steyn is back in the Bok squad after missing the series against Wales.

Nienaber added: “It is disappointing for Aphelele and Marcell, but we were limited in how many players we could select. That said, we know what both of them can do on the field and we have a big picture in mind with the Rugby World Cup next year.

“We will continue to keep a close eye on them at their provinces as well as all the other players on our radar that were not selected in this group.”

Nienaber looked forward to the next chapter of their season and said: “New Zealand, Australia and Argentina will pose different challenges to Wales, and we realise the importance of hitting the ground running in the first two Tests.

“We will enter the competition with a series win against Wales, which will give us a little confidence, especially after the way we played in the deciding Test against Wales, but back-to-back matches against the All Blacks is a completely different challenge, and we know that they will come here wanting to make amends for losing their last two matches against Ireland.

“The way we perform in those Tests will set the tone for the rest of the competition, which will be equally tough with three matches on tour before playing our final fixture in Durban, but we plan to approach this series one match at a time and to work as hard as possible to get the desired results and to continue to build and gel even stronger as a squad.”

The Springboks will assemble in Mpumalanga on Sunday and will have a training camp in Hazyview before making the journey to Nelspruit on Friday afternoon for the opening Test against the All Blacks at the Mbombela Stadium a week later.