The DHL Stormers held on with everything they had – at the end of a dominant second half display – to snatch a narrow 18-13 victory against the Vodacom Bulls in the inaugural Vodacom United Rugby Championship final at the DHL Stadium in Cape Town on Saturday night as they outscored the visitors from Pretoria by two tries to one.

It was a battle of inches as both sides threw everything at one another, trying to use their powerful forward packs and exciting backs to gain authority on a cold and wet night in the Mother City, and with both teams delivering tenacious efforts, it proved to be an epic encounter.

The only points scored in the first half were an early try by Vodacom Bulls centre Harold Vorster, converted by flyhalf Chris Smith, while the hosts only managed a late penalty goal by flyhalf Manie Libbok, which saw the visitors enter the break 7-3 ahead.

Harold Vorster scored the first try of the game in the third minute for the Vodacom Bulls.

The second half was an equally tight scramble, but two tries by the DHL Stormers No 8 Evan Roos and replacement hooker Andre-Hugo Venter, with a conversion by Libbok, was enough to give them an edge over the Vodacom Bulls who were limited to two penalty goals by Smith, earning the Capetonians the tournament crown.

With both teams showing their desperation to clinch the prestigious title, the match was riddled by penalties and errors at crucial times, however, this did not dampen their spirits as they fought until the final minute. The breakdowns, in particular, proved to be a tight scramble and a key source of penalties.

The Vodacom Bulls put the first points on the board in the third minute as Johan Grobbelaar (hooker) made a great break and then a well-timed pass to Vorster, who forced his way through the defence to crash over the tryline. 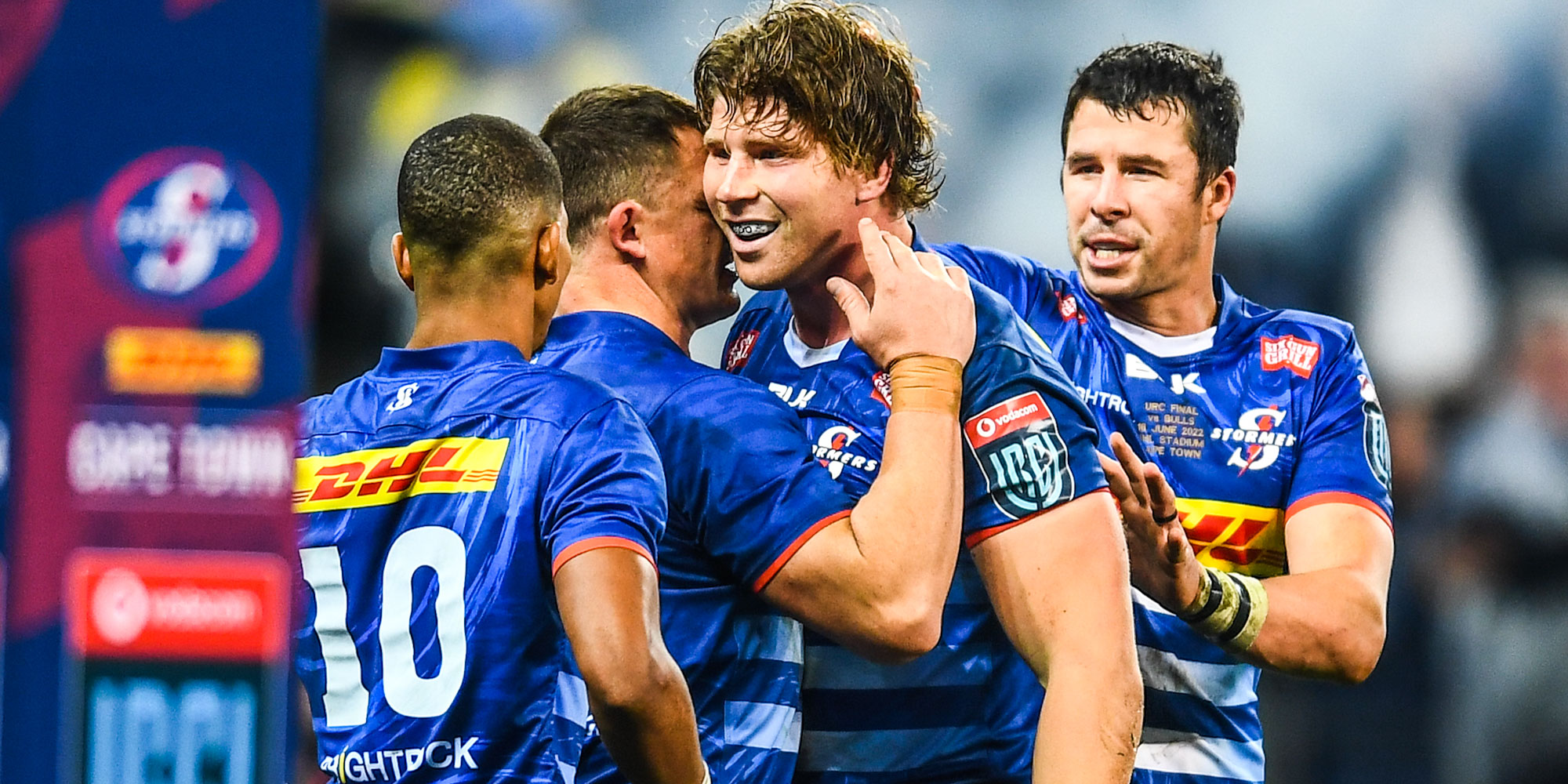 Evan Roos scored the DHL Stormers' first try that sparked their fightback in the Grand Final.

Both teams tried to make their presence felt as the half progressed, and the DHL Stormers finally had a strong opportunity to earn their first points in the 33rd minute, but Libbok’s attempt at the goal posts went wayward.

The Capetonians continued to fight until the halftime whistle, and they were within striking range of the try line in the dying minutes of the half, but their attempt was unsuccessful, and they were forced to settle for a penalty goal by Libbok, which saw them trail by 7-3 at the break.

Smith pushed the Vodacom Bulls score into double figures in the 42nd minute with a penalty goal, but this was short-lived as Roos forced his way through to the tryline to touch down two minutes later, and Libbok’s conversion leveled the scores at 10-10. 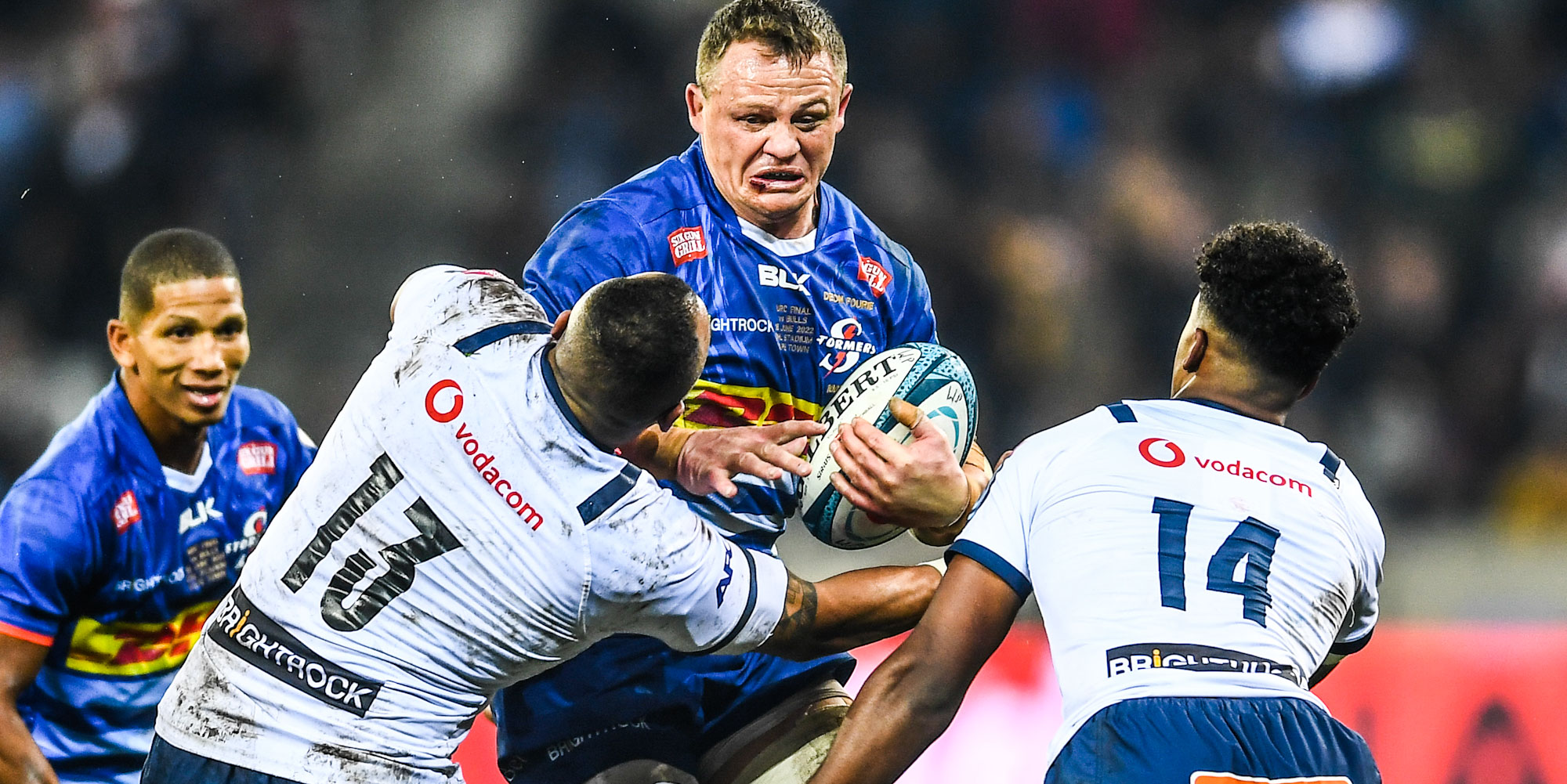 Playing in his 100th match for the DHL Stormers, Deon Fourie was named Man of the Match in the Grand Final.

The visitors were dealt a massive blow in the 52nd minute as Cornal Hendriks received a yellow card for dangerous tackle on the DHL Stormers’ Ruhan Nel (centre), and this saw them being reduced to 14 men.

The home side took full advantage of this with Venter diving over from a rolling maul as a result of the penalty, to push the DHL Stormers 15-10 up.

Smith kicked a penalty goal in the 64th minute to reduce their deficit, but Libbok slotted a clever drop goal with six minutes to play, which saw the home side take an 18-13 lead, and they managed to hold out the visitors to snatch the tournament victory.

Three teams unbeaten at U20 YTC tournament in CT...

The Blue Bulls, Western Province and Limpopo finished the Under-20 Youth Training Centre (YTC) tournament in Cape Town u...

With kick-off times now confirmed for all 18 rounds of the Vodacom United Rugby Championship, fans can subscribe to the ...

A second tranche of tickets for public sale for the Rugby World Cup Sevens 2022 – to be hosted in Cape Town in 43 days’ ...

The second Vodacom United Rugby Championship season kicks off in 50 days’ time with the league ready to build upon an en...

Springbok Women's Sevens coach, Paul Delport, has invited five new players to the Stellenbosch Academy of Sport for their first Commonwealth Games camp, from 19 to 24 June in preparation for the showpiece in Birmingham, England at the end of July.

A new Carling Currie Cup champion will be crowned next week after a stirring second half display - which delivered two tries and a penalty try - paved the way for a well-deserved 30-19 victory for Windhoek Draught Griquas over the Vodacom Bulls in their semi-final at Loftus Versfeld in Pretoria on Friday evening.

UPDATED: Vodacom Bulls Director of Rugby Jake White has made just one change to his team for the Vodacom United Rugby Championship Grand Final from the side that beat Irish giants Leinster in Dublin last weekend, with Kurt-Lee Arendse back at fullback, and Canan Moodie moving to the wing, when they run out against the DHL Stormers in Cape Town on Saturday.

A new Carling Currie Cup champion will be crowned next week after a weekend of dramatic semi-final action, which saw Windhoek Draught Griquas stun holders Vodacom Bulls in Pretoria, while the Airlink Pumas staged a brilliant late rally to shock the Toyota Cheetahs in their pulsating match in Bloemfontein.

Relive all the action from the first Vodacom URC Grand Final, won by the DHL Stormers after 80 pulsating minutes of rugby against the Vodacom Bulls.

The Junior Springboks completed their preparations with one final training session in Stellenbosch on Monday, but they will travel to Italy for the Under-20 Six Nations Summer Series without Canan Moodie, who was forced to withdraw from the squad due to injury.

The Carling Currie Cup for the 2022 season will reach an exciting conclusion this weekend when the Finals in the Premier and First Divisions play out in the central region of South Africa, with Cwengile Jadezweni and Stephan Geldenhuys named to referee the two matches.

The pool draws for the 2022/23 Heineken Champions Cup and EPCR Challenge Cup tournaments will be staged at Dublin’s Aviva Stadium on Tuesday, 28 June.

A new Carling Currie Cup champion will be crowned next week after a weekend of dramatic semi-final action, which saw Windhoek Draught Griquas stun holders Vodacom Bulls in Pretoria, while the Airlink Pumas staged a brilliant late rally to shock the Toyota Cheetahs in their pulsating match in Bloemfontein.