Border Ladies book their place in the final

The defending champions of the SA Rugby Women's Premier Division, Border Ladies, secured a spot in the final of the domestic showpiece on 11 June, but they will have to wait for a week to see where and who they will play.

The Eastern Cape side secured a 65-0 win over Mastercard Golden Lions Women in East London on Saturday and by doing so, made sure that they cannot finish worse than second on the log, with 23 points.

The other two contenders for a place in the final, the Blue Bulls Women and DHL Western Province, met at Loftus Versfeld in Pretoria on Friday, with the Cape Town side romping away to a 45-15 win, to not only stay alive in the competition, but also put themselves in contention to host the final.

The Pretoria side’s first defeat – without getting a bonus point in the match – dropped them to third, with a real possibility of not even making the final.

In the other match on the weekend, the EP Queens won a nail-biting affair at Wolfson Stadium and had to come from behind to beat Boland Dames 26-22. The Cell C Sharks Women had a bye.

Border, who will have a bye next week, will host the final if DHL WP do not beat EP Queens with a bonus point next weekend. If the Capetonians continue their fine form and record a full house, they will then host the final.

The Blue Bulls Women, who entertain a winless Mastercard Golden Lions Women’s side, can only qualify for the big dance if they win the Gauteng derby, and the Queens overcome their hosts in Cape Town.

The margin of victory at Loftus Versfeld would have surprised many on Friday, but the home side only had themselves to blame. They failed to stop the Capetonians on attack and paid the price, trailing 28-3 at the break. 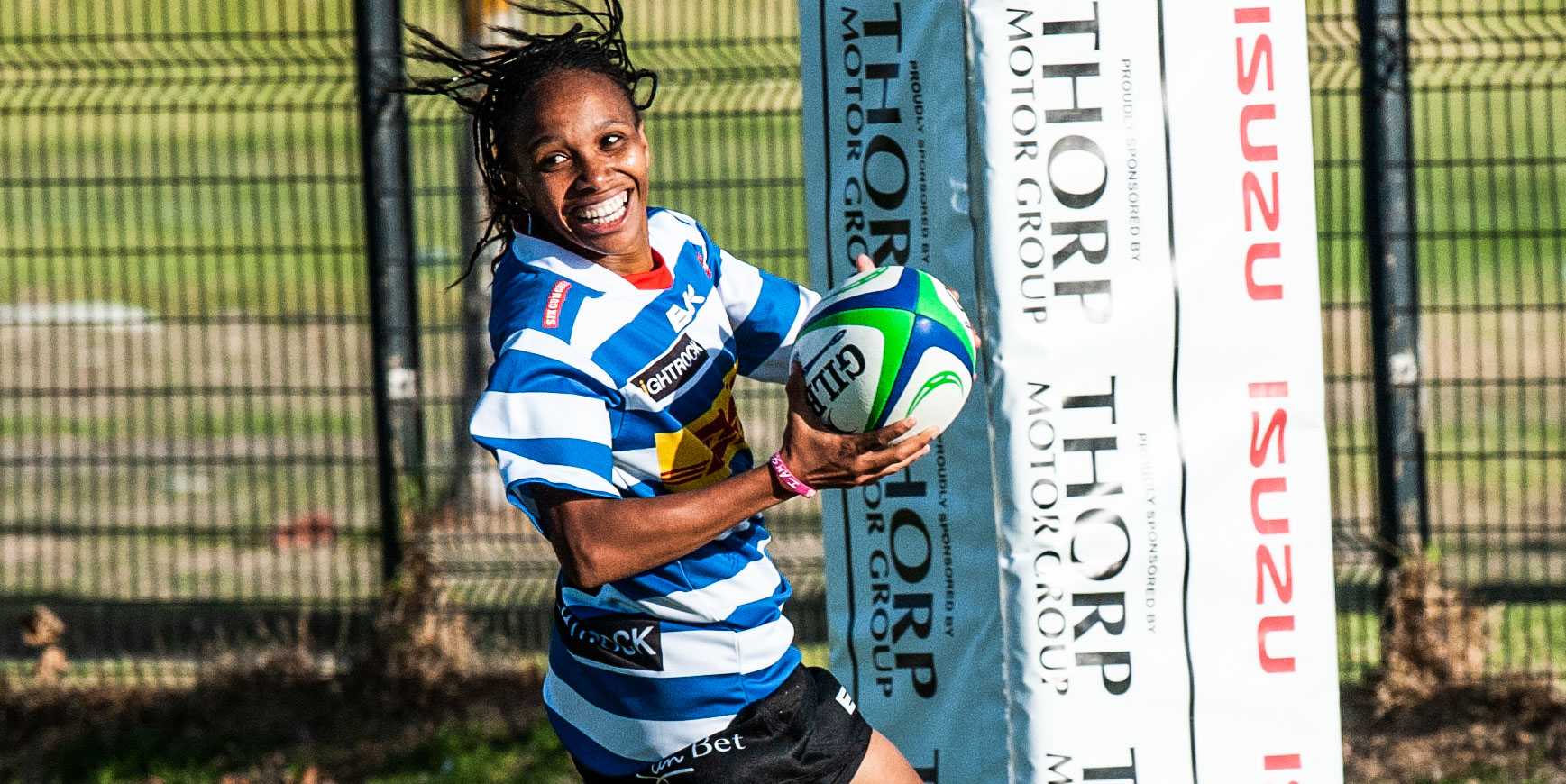 The Blue Bulls Women also failed to use any of their attacking opportunities and although they scored twice in the second half, the visitors also added two tries to turn the competition upside down.

Credit to DHL Western Province, who had to win to stay in the hunt. They did not only win convincingly and in style, but they can potentially host the final.

Border had few problems with their Gauteng visitors at Police Park in East London on Saturday. They created a good platform up front and scored 11 tries, with replacement back Ayabonga Dasheka dotting down three times as their backs ran riot.

The Ladies only scored three tries in the opening half for a 21-0 lead, but it was carnage after the break as they almost scored at will.

The EP Queens came back from 17-11 down at halftime to win a dramatic game in Nelson Mandela Bay. Boland Dames were quick out of the blocks with three tries in the first 40, with the home side replying with one try and two penalty goals.

The Queens fought their way back into the game in the second half and the introduction of experienced Springbok Women flyhalf Zenay Jordaan, as well as the hard running of Test wing Nomawethu Mabenge, proved decisive.

Mabenge scored three tries to set up the win. Boland had a fantastic opportunity to score the winning try in a dramatic last play of the game, but they knocked the ball on with the try line begging.