The Springbok Sevens on Sunday regained the lead in the HSBC World Rugby Sevens Series with a fifth-place finish at the HSBC London Sevens at Twickenham, where they won five of their six matches with a strong rebound after last weekend's underwhelming performance in Toulouse.

One tournament of the 2022 World Series remains, with South Africa in first position, followed by Australia – who ended winning the tournament at Twickenham after beating the Blitzboks in the Cup quarter-finals – and Argentina.

The Blitzboks’ effort was a huge improvement from last weekend Neil Powell was satisfied, but also frustrated. The good feeling comes from day one, with three convincing wins, but the Springbok Sevens coach spoke about the lack of concentration on the second day that spoiled the weekend's effort.

“There is frustration, especially after day one where we played well,” said Powell.

“To put away a very competitive Argentina side in the first game, then outplay Ireland in the second game and beat a charged-up Kenya was rewarding.

“We lost concentration against Australia at crucial times and that cost us, basically. The players need to understand the big moments in a game and how to play those correctly. If you don't, like we did today, you will not be successful.

“We made two such mistakes against Australia and it cost us 14 points, and ultimately the game. We need to tell the players where they made mistakes, if not, they will not learn from those.

“We had a tough tour and it started off badly with Selvyn Davids ruled on the morning of our departure to France, but apart from that, we also need to look at ourselves and why we are making mistakes when under pressure.” 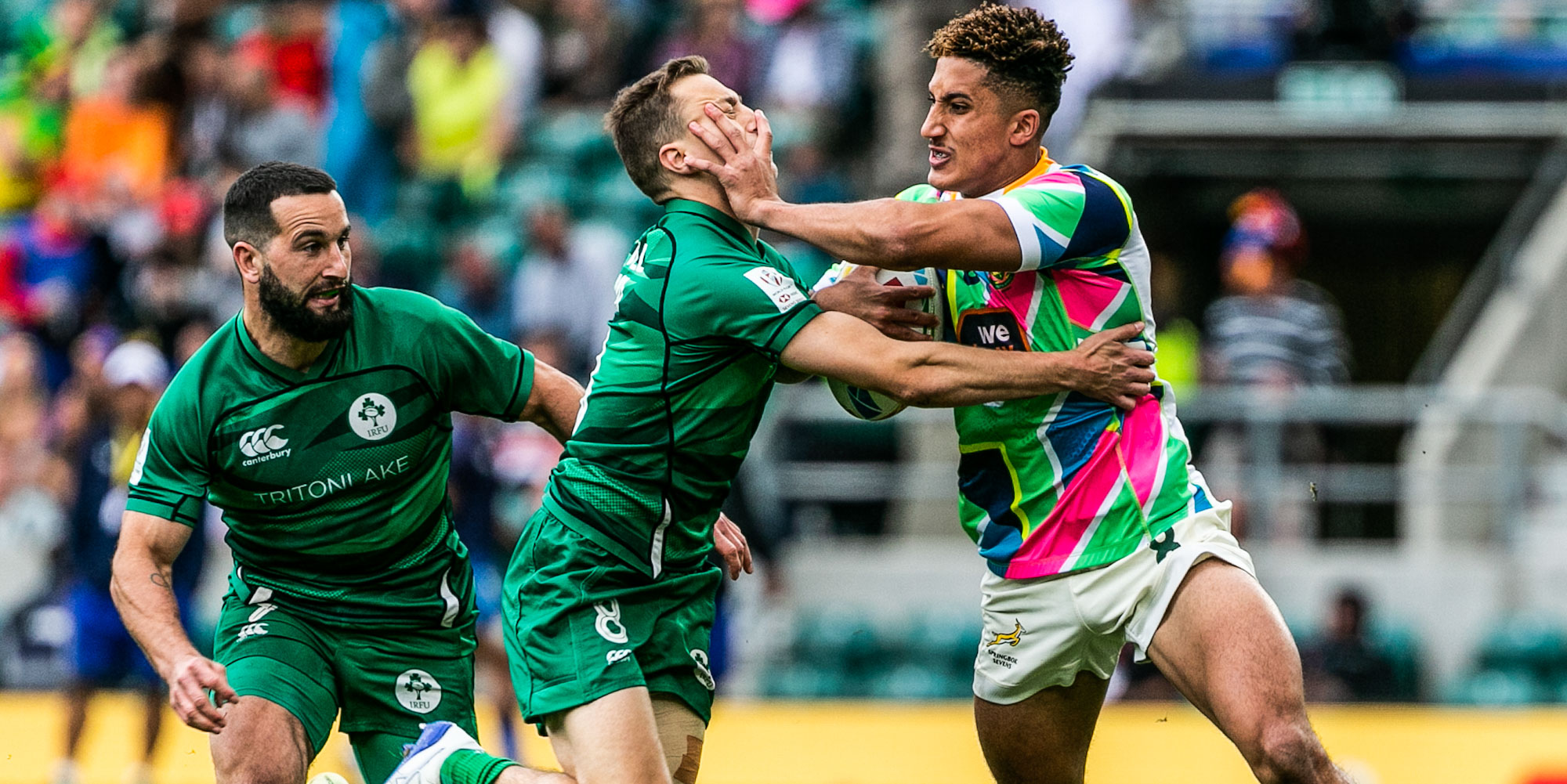 Jordan Hendrikse, who made his Blitzbok debut in London, on the attack against Ireland on Sunday.

Powell said the defeat against Australia was unfortunate, but also showed the comeback effort from the team: “We won five and lost one, as did Australia, who won the tournament. The margin at this level is so small. We made two mistakes in six matches and finished fifth.”

The Blitzboks started the day on a disappointing note by losing their quarter-final to Australia by 21-17 after leading 17-0 just before the break, but then regrouped well with wins over Spain (24-12) and Ireland (14-5) to secure fifth place.

The 13 points gained from the London tournament moved the Blitzboks back into first place of the 2022 World Series log with one tournament remaining, the USA Sevens in Los Angeles on 27-28 August. They started the London event two points behind Argentina, but with the South Americans not getting out of their pool for the Cup competition, the South Africans reclaimed the lead they held since the opening tournaments in Dubai in December.

Powell said they have three different tournaments left in the season – the Commonwealth Games, the LA tournament and the Rugby World Cup Sevens in Cape Town – and need to box clever.

“Not everyone is in the same boat,” he said. “We have three tournaments left and will plan around that. Argentina, for example, will not be part of the Commonwealth Games, so their focus will be different to ours.

“It is going to be an interesting time until September, with the Commonwealth Games in July, the last World Series event in August and the Rugby World Cup Sevens in September.”

Note: To take account of the impacts of the global COVID-19 pandemic which affected some teams ability to participate in some rounds of the HSBC World Rugby Sevens Series 2022, and in the interests of fairness, a unique ranking points system was applied to the 2022 Series which sees only the best seven out of the nine tournament results count towards the Series ranking for each team.