The Emirates Lions will host the Vodacom Bulls in a Jukskei derby in Johannesburg in the first match on Saturday at 15h00, and this will be followed by a clash between the Cell C Sharks and DHL Stormers in Durban at 17h05.

The Emirates Lions will be hunting their third victory of the season when they host their neighbours from Pretoria at Emirates Airline Park after suffering a disappointing defeat last week, while the Cell C Sharks will look to build on their good start to the year when they host the DHL Stormers at Hollywoodbets Kings Park in the second domestic match.

The Johannesburgers will take comfort from the fact that they scored five tries against the Cell C Sharks last week despite their defeat and they will look to build on that impressive attacking form when they take the field against the Vodacom Bulls, who will be desperate to move up the table after winning only one of their six matches so far this season.

This means that former Junior Springbok Ruan Venter, fresh from Carling Currie Cup duty, could get an opportunity off the bench in the eagerly anticipated Jukskei Derby.

Emirates Lions head coach Ivan van Rooyen said he feels sorry for Jansen van Vuren: “Providing opportunities to young players is a common theme for us here at the franchise and it’s something we pride ourselves in. In the same breath, the entire squad buys into what we are trying to achieve in the Vodacom URC, so everyone plays a key part towards that goal.”

Junior Springbok star Canan Moodie will be the latest Vodacom Bulls player to make his Vodacom United Rugby Championship debut when he starts on the wing as the only uncapped player in the starting XV.

Moodie will be surrounded by a wealth of experience in the Vodacom Bulls backline which will see veteran Springbok flyhalf, Morné Steyn, returning to the starting team alongside scrumhalf Embrose Papier, while the midfield pairing will consist of Harold Vorster and Lionel Mapoe. Kurt-Lee Arendse will start at fullback this weekend with Madosh Tambwe at left wing.

“The Emirates Lions showed a good fight in their match against the Cell C Sharks last weekend,” said Vodacom Bulls Director of Rugby, Jake White. “We have no doubt that they will want to build from that and go one better in search of a win in their own back yard this weekend.” 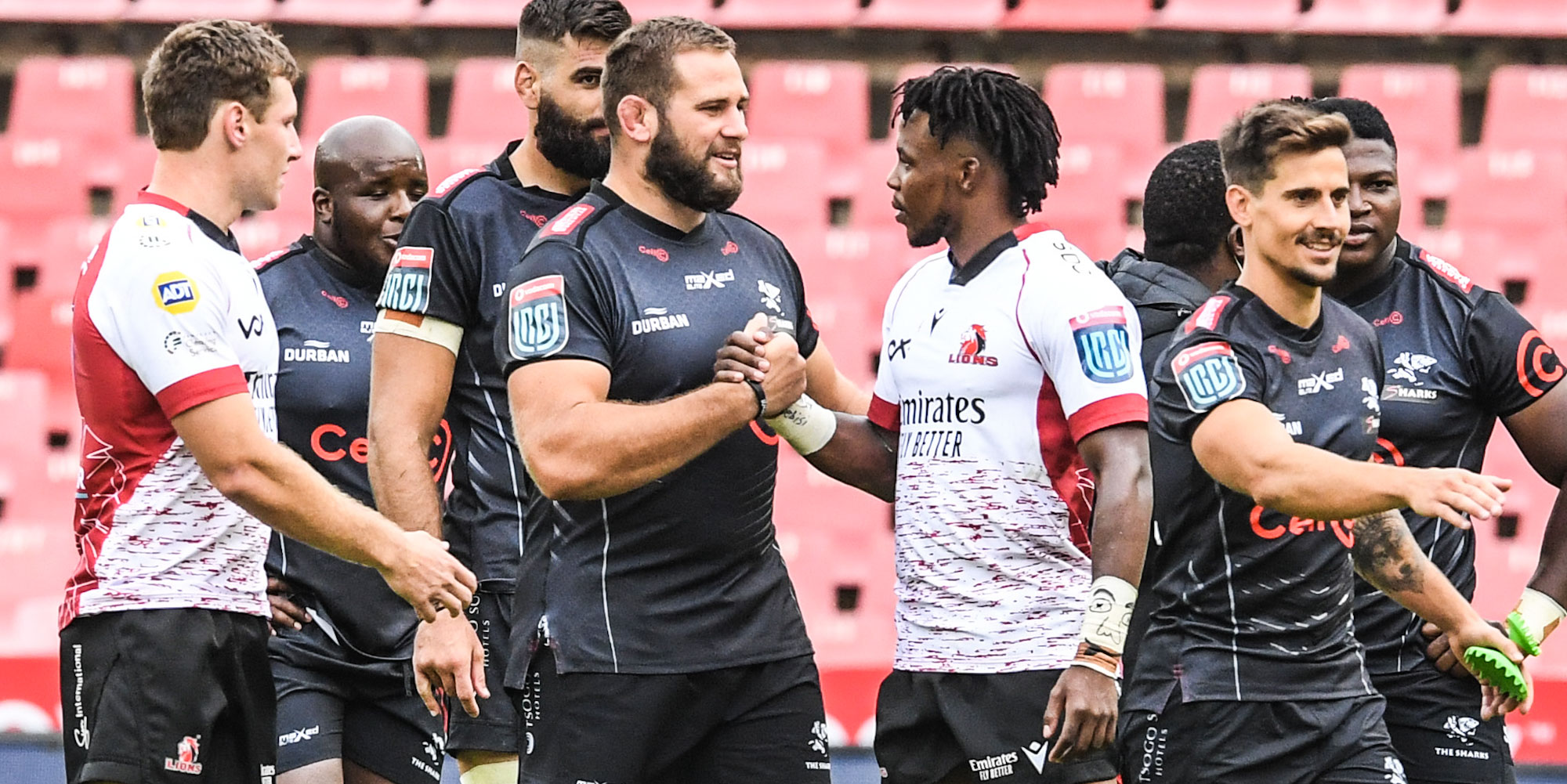 The Cell C Sharks will also look to build on their fine attack, which saw them cross the tryline six times last week, when they host the Capetonians, and with both sides coming off encouraging victories last week the match is bound to be a humdinger.

The experienced Springbok duo of Bongi Mbonambi (hooker) and 2021 SA Rugby Player of the Year, Siya Kolisi (flank), will start for the Cell C Sharks, with the two Bok forwards’ inclusion being the only changes to the team for the match.

“The positives from last week were the opportunities we created, and I was happy with the quick attack and the way we were able to move the ball and the continuity we got from that,” said Cell C Sharks head coach Sean Everitt.

“The offloads in the build-up to some of the tries were also really pleasing. We also managed the game well at times and that was why we probably came out on top.”

DHL Stormers coach John Dobson made two injury-enforced changes to their pack of forwards and three changes in total to his starting line-up after lock Salmaan Moerat (knee) and No 8 Evan Roos (minor rib injury) were ruled out, which saw Adre Smith and Hacjivah Dayimani take over, while Angelo Davids will start on the right wing.

“While it was disappointing to lose Salmaan and Evan this week, we are looking forward to seeing what all of the players coming in this week can add,” said Dobson. “Angelo, Nama (Xaba) and Marcel (Theunissen) have all performed well for DHL Western Province and will be looking to grab this opportunity.”