Kolisi: “Award could have gone to anyone”

Springbok captain Siya Kolisi said he was “honoured and grateful” to win the SA Rugby Player of the Year award for the 2021 season after seeing his named engraved on the prestigious trophy in Durban on Thursday.

The star loose forward, who led the team with distinction both with his quality of play and leadership skills in a challenging 2021 season in which the team spent most of their time in bio-bubbles and had to endure a two-week quarantine in Australia, also congratulated the other award winners.

This list of winners included Kolisi’s team-mates, Cheslin Kolbe (wing), who won the Castle Lager Test Try of the Year, and Aphelele Fassi (wing) who was named Young Player of the Year.

Kolisi – one of only three players to feature in all 13 Test last year, but the only one to start every international – went head-to-head with his national counterparts Lukhanyo Am, Damian de Allende (both centres), Eben Etzebeth (lock) and Makazole Mapimpi (wing) for the award.

“So many players stood up in what was a very difficult year for the team, and if one looks at all the players who were nominated, it could have gone to anyone, so I’m very honoured (to receive this award),” said Kolisi.

“Individual achievements are not something we focus on as a team, but I am really honoured and grateful for this award. This, however, would not have been possible without my team-mates and the coaching staff.”

Kolisi added: “All the nominees were amazing. We are all close friends, and we celebrate each another. That said, the most important thing for us is the team.

“But one cannot dwell on this. Those performances were last year, so obviously I want to get back and make the (Springbok) team again this year.

“I’d also like to congratulate all the other award winners and nominees.” 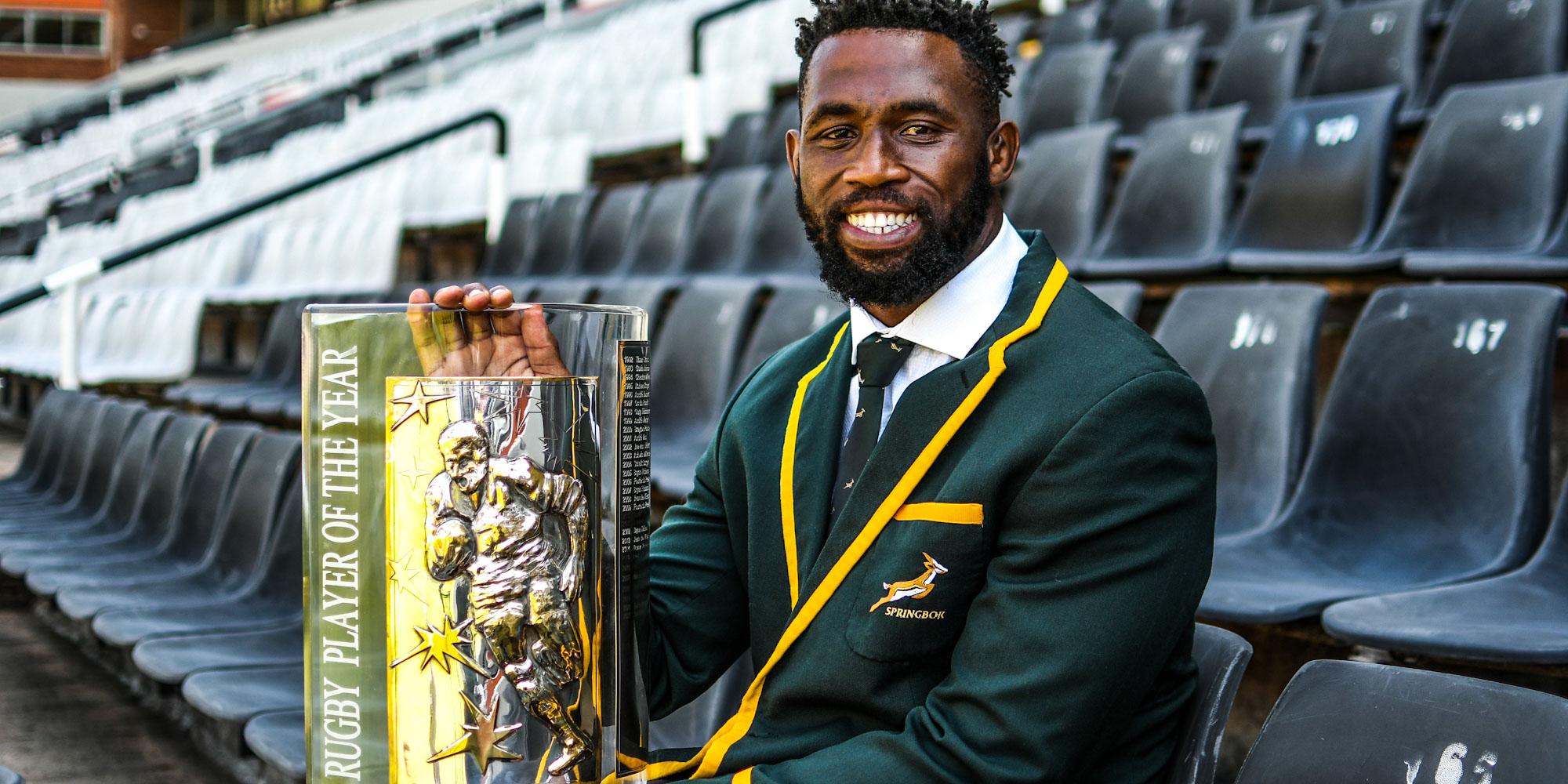 A smiling Siya Kolisi with the SA Rugby Player of the Year trophy.

The Springbok captain also had words of encouragement for Fassi, who scored two tries in his two Test matches in 2021 and said: “I’m really happy for him. He’s been working hard, and I walked the same journey as him.

“He’s in the Springbok mix, he’s played a few times, and he’s learning a lot. I also had to wait my turn, and when I got the opportunity, I took it with both hands.

“He has so many players he can learn from like Willie (le Roux – fullback) and Frans Steyn (utility back), so I am happy for him, and I hope this motivates him even more to stay in the Springbok set-up,” he said.

Kolisi also had advice for players striving to make their mark in the game and said: “Your biggest critic has to be yourself, and one also has to listen to the coaching staff and your team-mates.

“As players we know the processes we must follow and how hard we works in the week, and that is what one has to focus on. So, you have to be your own biggest critic, take criticism on the chin, keep working hard, and also believe in yourself.

“One has to draw from the tough experiences and find that fight.”

Looking back at the 2021 Springbok season, Kolisi believed the challenges the team faced would set them in good stead this season.

“I took a lot of positives from all the challenges we faced as a group last year and how the coaching staff and management adapted,” said Kolisi.

“The biggest lesson for me was how everyone went on and didn’t complain.

“I think the first day we trained together as a full group before the first Test against the British & Irish Lions was the Monday before the game, and I believe in future if we face challenges we’ll adapt and find solutions somehow.”