Springbok Sevens coach Neil Powell has made four changes to the Blitzbok squad that won the shortened 2021 HSBC World Rugby Sevens Series in Canada in September for the two tournaments in Dubai, where the new season is set to kick off next weekend.

The experienced duo of Branco du Preez and Impi Visser both return to the squad, while Powell also picked two uncapped players in S‎hilton van Wyk (outside back) and Tiaan Pretorius (forward).

Du Preez is currently the Blitzboks’ most capped player with 75 tournaments behind his name, which include 380 matches and a total of 1 355 points. Visser has played in 12 World Series tournaments to date.

Five players who were in action in Canada, were not available due to various injuries – Angelo Davids, Sako Makata, Darren Adonis, Dewald Human and James Murphy, while Justin Geduld, Lubabalo Dobela, Qamani Kota, Mfundo Ndhlovu and Latica Nela were not considered as they are still busy with injury rehabilitation after missing the North American trip.

Following the group’s preparations at their base in Stellenbosch, Powell said he has picked his best available squad for the visit to the UAE, adding that the Blitzboks will be looking to build on their success in Canada. 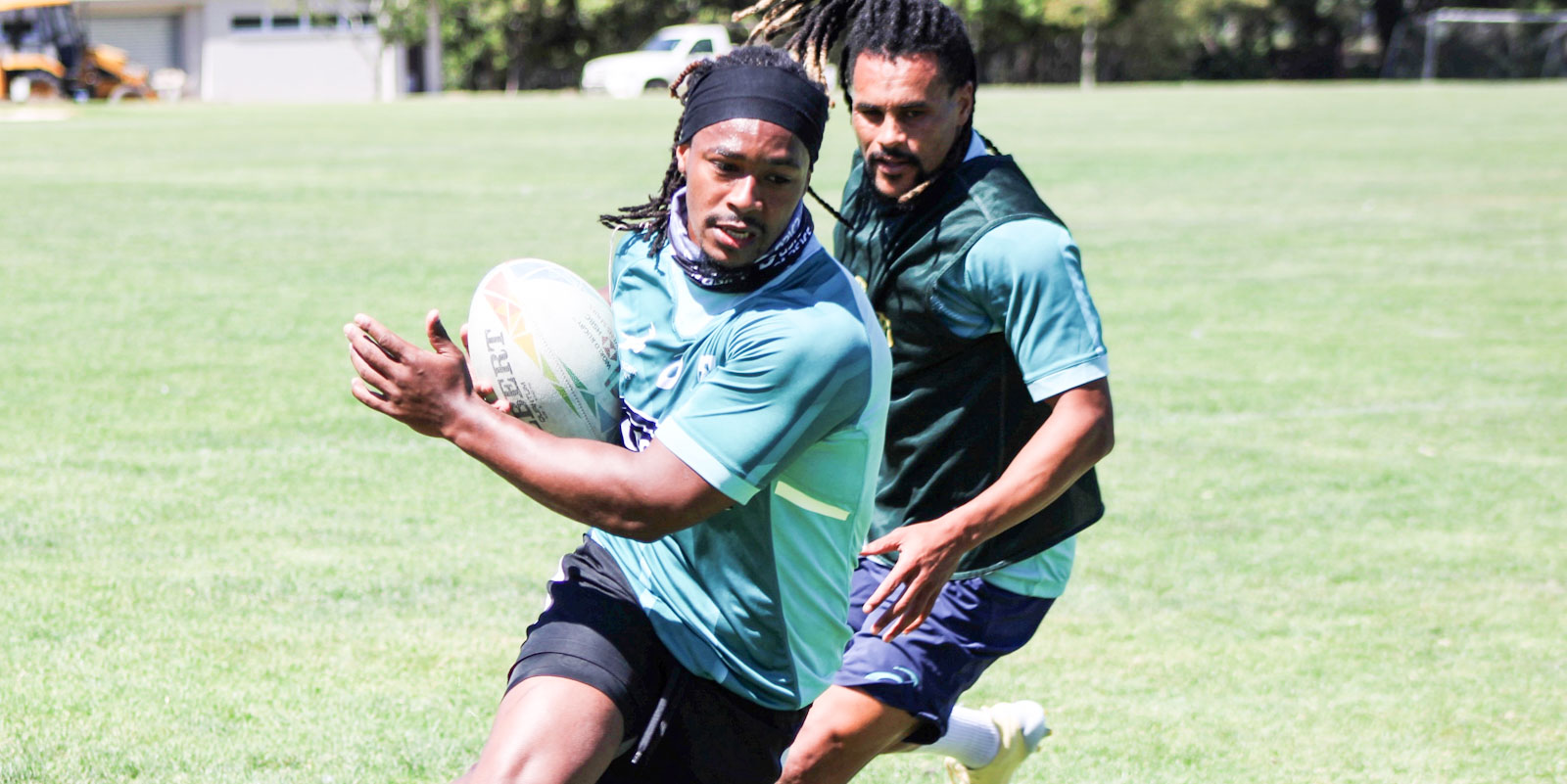 “Although we have a number of players unavailable due to injury, we will be looking to take some momentum from our success in Canada when we travel to Dubai, which is why there are only a handful of changes from the team that won in Canada,” said Powell.

“Branco and Impi are two experienced players, very capable of playing at this level and both were involved in the Olympic Games.

“We also have two new caps in Shilton and Tiaan, who have been part of our structures for a couple of years and come in as outside back and forward respectively. They now get an opportunity to show what they are capable of at this level.

“Shilton and Tiaan’s inclusion is also part of our long-term plan to build more squad depth, give players exposure and game time so they can build experience, and also to assist us in managing the squad at the start of what is going to be a very busy season.”

South Africa face Ireland, Japan and Great Britain on the first day in their pool matches.

The first tournament in Dubai – which is the start of the 2022 HSBC World Rugby Sevens Series – will be held behind closed doors on 26-27 November, followed by a second event on 3-4 December with fans in attendance at The Sevens Stadium.

Supporters can look forward to a very busy and exciting year in 2022, with the World Series followed by the Commonwealth Games in Birmingham on 29-31 July, and concluding with Rugby World Cup Sevens in Cape Town on 9-11 September.

Following the two events in Dubai, the World Series will move on to Europe as Spain plays host for the first time with combined men’s and women’s events in Malaga and Seville on 21-23 and 28-30 January 2022 respectively.

The Blitzboks are set to travel to Dubai on Sunday.

Catha Jacobs will lead the Springbok Women’s side in their friendly against England Under-20 on Sunday after Stanley Raubenheimer decided to hand 12 players their first start of the November tour for the match in London.

The experienced Courtney Lawes (flanker) will captain England for a second time when they host the Springboks at Twickenham on Saturday, with Tom Curry (No 8) and Henry Slade (outside centre) named vice-captains for the clash which kicks off at 17h15 (SA time).

De Allende thriving in Bok midfield pairing with Am

Springbok centre Damian de Allende is thriving in his Bok midfield partnership with Lukhanyo Am and says their strong bond on and off the field and the easy flow of communication between them have been two of the keys to their success.

SA Rugby and Energade announced on Wednesday an extension of their partnership, which dates back more than two decades, for another two-and-half-years as the Springboks’ official sports drink supplier.

The Springbok Sevens are ready and raring to go for what promises to be an exciting and full rugby calendar consisting of the HSBC Sevens World Series, the Commonwealth Games as well as the Rugby World Cup tournament.

England scored a hard-fought 27-26 win over the Springboks at Twickenham on Saturday to dash the South Africans’ hopes of ending the Castle Lager Outgoing Tour of the United Kingdom unbeaten.

Springbok coach Jacques Nienaber said his team will come back stronger in 2022 after ending the year with a “spanner in the engine” of a one-point defeat (27-26) to England in the final match of the Castle Lager Outgoing Tour.

England flyhalf Marcus Smith kicked a last-minute penalty goal to hand his side a nail-biting 27-26 (half-time 17-12) win over the Springboks in the final Test of 2021 for the men in green and gold.

The two test matches against France and Wales, as well as a full contact training session against England had a very positive effect on the mental and physical state of the Springbok Women squad as they realised that they could match their highly-rated opponents in that regard.

Catha Jacobs will lead the Springbok Women’s side in their friendly against England Under-20 on Sunday after Stanley Raubenheimer decided to hand 12 players their first start of the November tour for the match in London.