Springbok coach Jacques Nienaber made two rotational switches and one injury enforced change to the starting side that defeated Wales 23-18. Mostert comes in at lock and Elton Jantjies earns a run at flyhalf, with both Lood de Jager and Handré Pollard moving to the replacements bench.

Le Roux has been named to take over at fullback from Damian Willemse, who has to follow concussion return to play protocols after taking a knock to the head last week.

The match will also be memorable for Steyn, who will edge Victor Matfield as the player with the longest Springbok career by becoming the first South African to play Test rugby over 15 calendar years, should he take the field.

Matfield’s career spanned over 14 years and 122 days, while Steyn – who has been on the winning side in 55 of his 72 Tests and scored 144 points – is in line to increase that mark to 15 years and two days in the second of three Tests in the Castle Lager Outgoing Tour on Saturday. 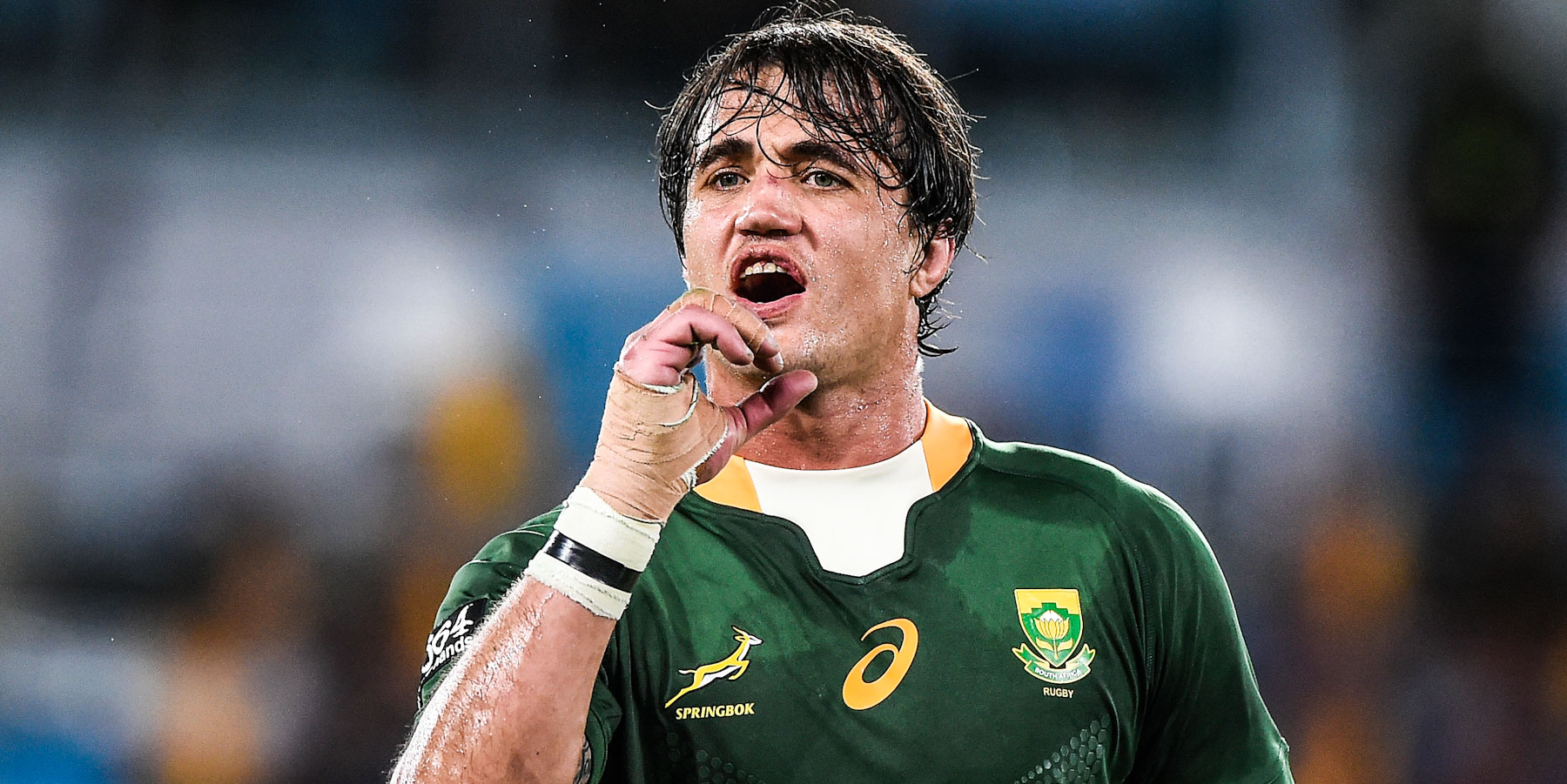 Franco Mostert takes over at lock from Lood de Jager for his 50th Test cap.

“Scotland will be a force to be reckoned with at Murrayfield, so it was important for us to maintain continuity within our squad, while at the same time celebrating Jesse and Franco’s 50th caps and giving Elton a chance to start,” said Nienaber.

“Elton has been training very well since the squad assembled before the Castle Lager Lions Series and he’s performed well every time he earned a run, so we thought it was the right time to hand him a start.

“It will be a special day for Jesse and Franco as they run out for their 50th Tests at Murrayfield. They are both fantastic servants of the game and their high work ethic and true team attitude make them vital members of our squad, and we are all delighted to see them achieve this feat.”

The 27-year-old Kriel made his Test debut against Australia in 2015, but Mostert, who turns 31 at the end of the month, had to wait a year longer for his first cap, which was against Ireland in 2016.

Nienaber also lauded Steyn, who, at 34 years old, showed that he still has what it takes to star at the highest level of the game by being named man of the match against Wales last week.

“Playing international rugby for 15 years is an extraordinary achievement and what makes this feat even more remarkable is that Frans continues to show his class despite being at the twilight of his career,” said Nienaber.

“His influence is equally valuable off the field and it is fantastic to have a player of his calibre guide the young players in the squad.”

The Springboks may have only suffered two defeats against Scotland at Murrayfield since 1994 (in 2002 and 2010), but with the home side coming off a morale boosting victory against Australia last weekend, and wins against England, France and Italy in the 2021 Six Nations, Nienaber expected a hard grind of a Test.

“Scotland have a quality team with a number of experienced players and a few British & Irish Lions players, so we are under no illusions about the challenge ahead,” said Nienaber.

“They are a physical side with solid set pieces, but they also have the skills to run the ball, so we’ll have to be accurate on attack and defence.

“We laid a good foundation for the tour in Cardiff last week, and we know what areas we would like to improve on. We created opportunities to score points last week, but we didn’t convert some of them, and we also conceded several penalties, so we need to step up our discipline as well.

“The scrums will of course be a key battle with former Springbok scrum coach Pieter de Villiers now serving that role for Scotland, but that is an area of the game we pride ourselves on too, so we need to be physical and accurate up front.” 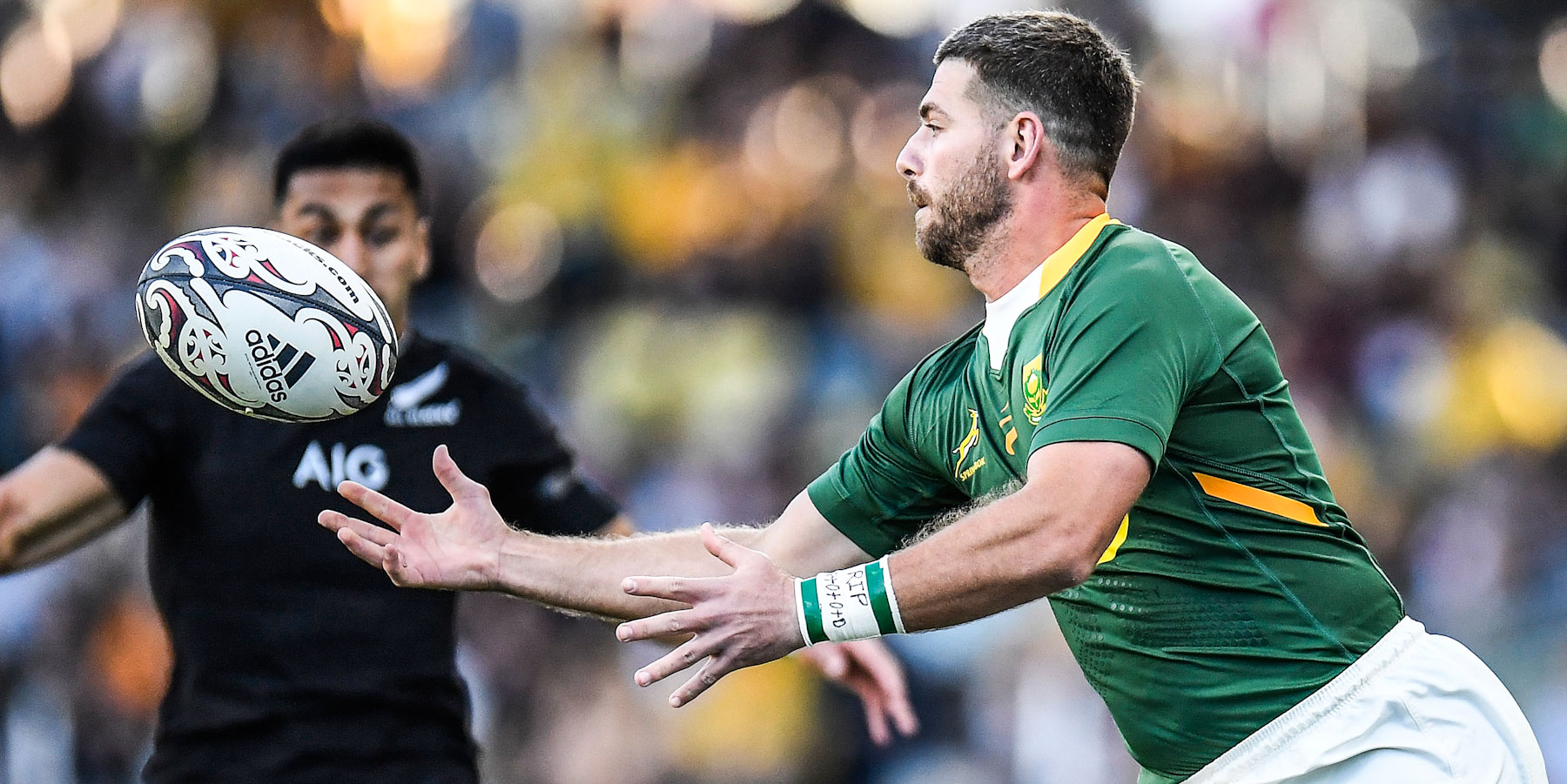 Willie le Roux is back at fullback.

Angus Gardner (Australia) has been appointed the match referee and he will be assisted by Wayne Barnes (England) and Craig Evans (Wales), with Brett Cronan (Australia) on TMO duty.

Bok Women forwards ready to have another go

Their ability to stand up to the highly-rated French pack in Vannes on Saturday boosted the confidence of the Springbok Women's forwards and they are keen to have another go when they take on Wales in Cardiff on Saturday.

Springbok assistant coach Deon Davids said the team had to be technically and tactically astute to come out on top against Scotland in their second Test of the Castle Lager Outgoing Tour in Edinburgh on Saturday, as they look to build on their opening win against Wales.

Steyn making the most of his Springbok chances

The Springboks came from behind in the final ten minutes to end their Cardiff hoodoo with a 23-18 (halftime 9-12) victory over Wales in teeming rain in the first Test of the Castle Lager Outgoing Tour at the Principality Stadium on Saturday.

Scotland head coach Gregor Townsend has selected a new-look side to play the Springboks at BT Murrayfield on Saturday, with SA-born players Duhan van der Merwe, Pierre Schoeman and Oli Kebble named in the match-23.

Bok Women forwards ready to have another go

Their ability to stand up to the highly-rated French pack in Vannes on Saturday boosted the confidence of the Springbok Women's forwards and they are keen to have another go when they take on Wales in Cardiff on Saturday.