The Toyota Cheetahs made it back-to-back Carling Currie Cup wins when they trumped DHL Western Province 38-21 in Bloemfontein on Wednesday.

Having secured their first win of the season against the New Nation Pumas in their previous outing - a nail-biting 17-16 triumph - tries by Duncan Saal, David Brits, Ruan Pienaar and Cohen Jasper saw the Free Staters continue their upward curve in a big way.

Exceptional defence and the counter-attacking brilliance of Champion of the Match Clayton Blommetjies set them up for success and while they’re still at the bottom of the log and left with plenty of catching up to do, the emphatic upset keeps the Toyota Cheetahs in the hunt.

For the visitors, introspection will have to be done as they have now lost two on the trot with this defeat at Toyota Stadium coming after the shock 30-28 loss to Tafel Lager Griquas at home. They failed to convert territorial supremacy into points in a first half they dominated but finished scoreless, didn’t get enough reward for the lion’s share of possession they had in the second stanza as well and slipped far too many tackles.

The Toyota Cheetahs started like a house on fire with Saal scoring inside the opening minute. A brilliant skip pass by Brits created space for Jeandré Rudolph, who shifted the ball to his wing, who swerved past the final defender to get the hosts off to the perfect start. Pienaar’s conversion attempt sailed wide.

Tim Swiel, one of the shining lights of the DHL Stormers’ 49-3 loss to the British & Irish Lions at the weekend, was unsuccessful with his first kick at goal as well moments later. It was all DHL Western Province in the opening quarter, John Dobson’s men stringing together passes and gaining ample ground with their driving mauls to set up camp in the Toyota Cheetahs’ 22.

The visitors simply couldn’t unlock the determined defence of the home team, who conceded several penalties but tackled like Trojans. There were also vital turnovers on the deck, first by No 8 Aidon Davis and then by fullback Blommetjies. 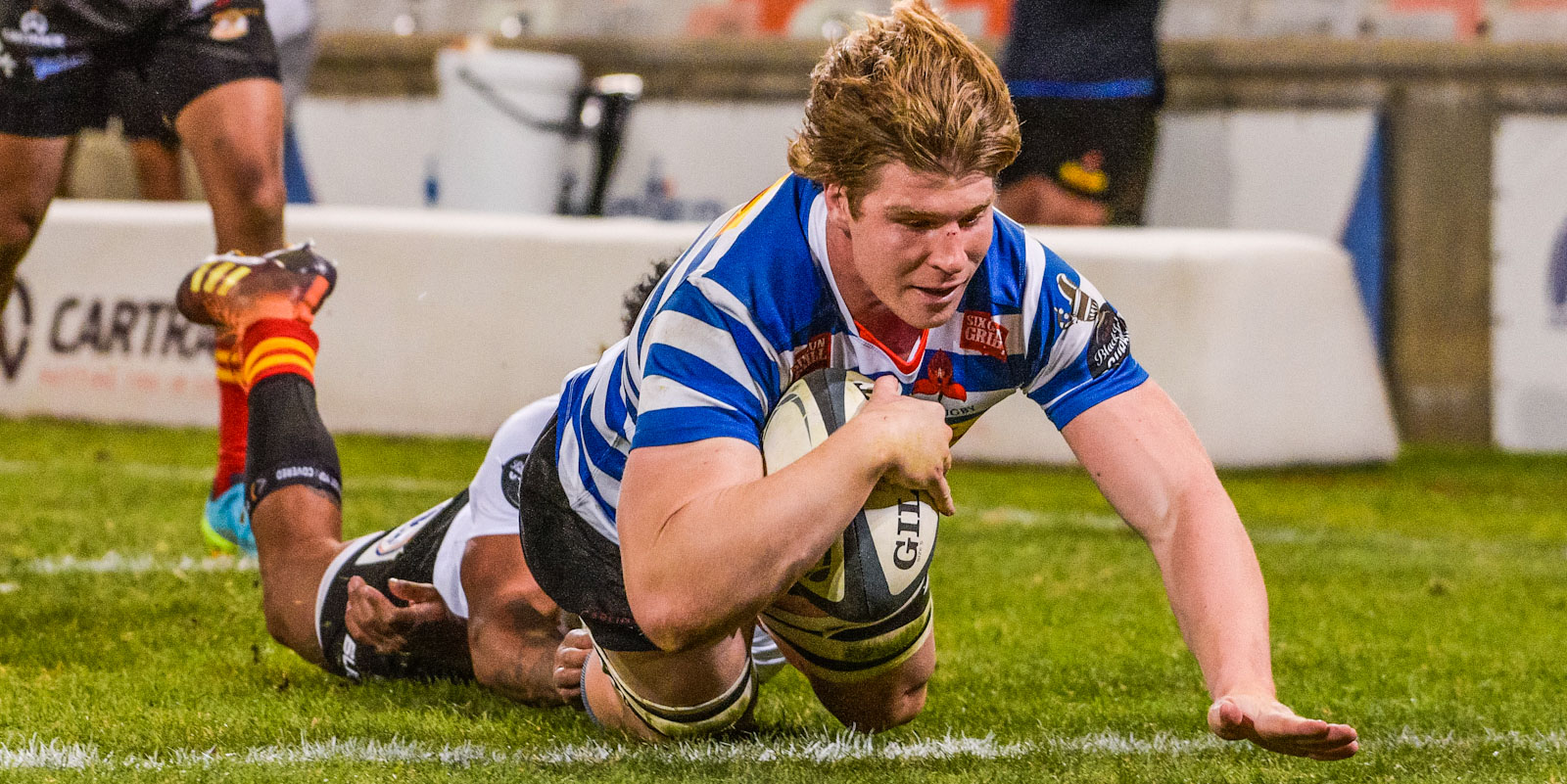 The two closest calls saw an ambitious last pass by JD Schickerling to Swiel not go to hand before Marnus van der Merwe did well to hold up Leon Lyons over the tryline. A second missed attempt at goal by the usually reliable Swiel in the 27th minute added to DHL Western Province’s frustration.

On the 30-minute mark and with Pienaar at the forefront, the Toyota Cheetahs returned to the attacking 22 for the first time since Saal’s flash try and unlike their Cape Town counterparts, they capitalized with their influential skipper slotting two penalty goals to give them an 11-0 lead at half-time despite having just 40% of the ball and 31% territory.

Four minutes into the second half, DHL Western Province finally got onto the board with Marcel Theunissen floating a beautiful offload to Evan Roos to rush in a try converted by Swiel. The Toyota Cheetahs hit back immediately, however, Blommetjies breaking before a kick by Brandon Thomson bounced up for Brits to score.

Blommetjies was at it again moments later, carving up the defence and putting Pienaar over for a try, with the latter’s two successful conversions pushing the scoreline out to 25-7 after 50 minutes. Roos, who’s been in red-hot form in the hooped No 8 jersey, responded with a powerful carry that saw him break two tackles for a second seven-pointer, but again, the visitors conceded points soon afterwards, this time, three off the boot of Pienaar.

Leading 28-14 as the match entered the final quarter, the Toyota Cheetahs had their tails up, but DHL Western Province weren’t going away and after a sustained onslaught, it looked like Andre-Hugo Venter had scored from a driving maul. In a cruel blow for the Capetonians, however, TMO Marius van der Westhuizen correctly ruled that the hooker had knocked on as he attempted to ground the ball in contact.

Pienaar kicked a fourth penalty goal six minutes from full-time to take his personal tally to 21 before Jasper capped off a cracking evening for the Toyota Cheetahs as he collected a kick to score the bonus-point try, which was converted by replacement flyhalf Reinhardt Fortuin.

Thomas Bursey scored a try in the final play of the game that Sacha Mngomezulu converted, which would’ve been little consolation for the beaten Capetonians.