Boks determined to step things up against Georgia

Springbok assistant coach Deon Davids and flank Pieter-Steph du Toit said on Sunday the team was determined to make a major step up when they line up against Georgia in their second Test at Emirates Airline Park in Johannesburg on Friday.

The team kicked off their 2021 international season with a 40-9 victory against Georgia at Loftus Versfeld on Friday night following a 20-month absence from international rugby, and while Davids and Du Toit were pleased to start the season on a winning note, they admitted they had to improve to reach their desired level of play.

On the injury front Davids said there was a small chance that RG Snyman (lock) would be involved in the Castle Lager Lions Series after he returned to Ireland for a skin graft after suffering burns last month, while Eben Etzebeth is being monitored by the Bok medical team after leaving the field against Georgia last Friday with a rib injury.

The Springboks started their week on Sunday for the upcoming Test against Georgia with a video session followed by a field session, and Davids said there was a deep desire within the squad to raise the quality of their performance.

“The players as individuals had a look at their game and what they can do better, and we had a good talk this morning on the areas of the game which we can improve on,” said Davids. “And we are confident that the players who will play on Friday will do so.

“We were slow out of the blocks at the start against Georgia (last Friday) but as the game progressed, we became more physical and the players knew what they had to do better.

“That said, it was our first outing as a team in a long time. We have another match next week and we have time to improve.

“I am confident we will get there for the Castle Lager Lions Series.” 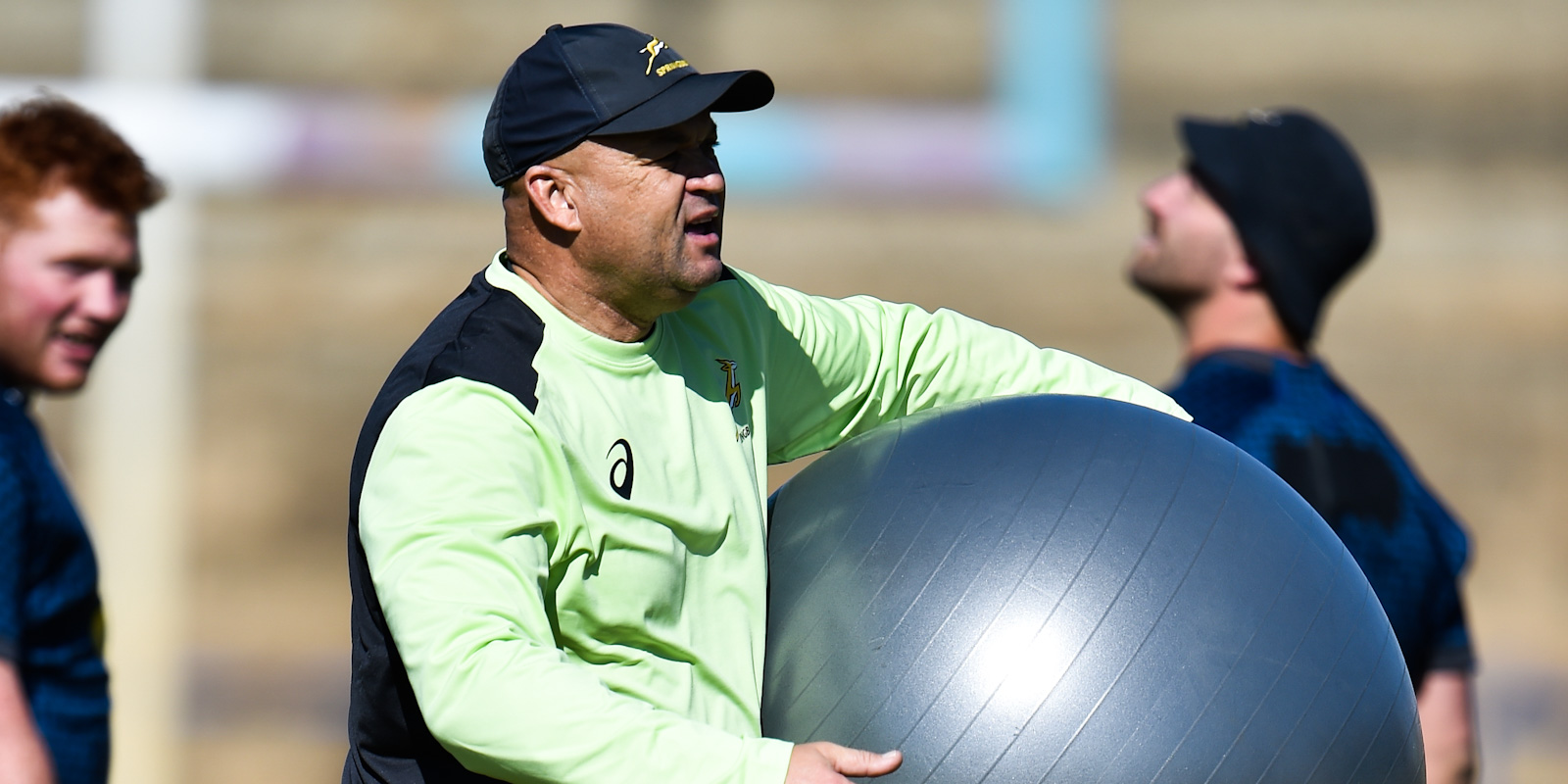 Du Toit was equally confident that the team would lift their performance next week and said: “The match on Friday gave us a good indication of where we are now and what we have to build on.

“There are small things that we need to fix, but I don’t think it is anything to worry about.”

Commenting on Snyman and Etzebeth’s injuries, Davids said: “RG had to have a skin graft and he’ll go through his rehabilitation, so we will receive medical updates as he recovers.

Of Etzebeth’s injury, he said: “Eben picked up a rib injury on Friday, and the medical team will continue to assess him over the next day or two, and then the head coach (Jacques Nienaber) will make a decision on his availability for the weekend.”

With doubt over Snyman’s availability for the historic Castle Lager Lions Series, Du Toit said he would be willing to switch from the loose trio to the second row if necessary.

“I’ll definitely try to play there (lock) again if I have to,” said Du Toit. “I haven’t played there in a while, but the main difference is the scrummaging, and I am willing to work hard on that area of my game.

“It would be an honour to play against the British & Irish Lions and I will play anywhere in team if I have to.”

Du Toit said the team were ready for another physical onslaught in the Georgia rematch and that the team was aligned on what they had to do to deliver a performance of which they could be proud.

“Georgia are physical, and their players are naturally big and strong,” said the tough-as-nails flanker. “They also have a good mindset on how they want to play.

“For us now, we’d like to get back our pride and do what we have to do to be the best we can be as a team.”

On a personal note, Davids enjoyed the experience of being part of his first Test as a Springbok assistant coach last week and said: “It’s been quite a journey, and it was a humbling experience.

“There was a little bit of nervousness, but that together with the experience and excitement is something I really enjoyed.

“I embraced the whole day from start to end, and I am happy that we got the win.”

Former SA Schools and Junior Springbok captain Salmaan Moerat has earned his first Springbok call-up in a squad of 32 pl...

The Junior Springboks made it four from four in the Under-20 International Series with a big 27-9 victory over Argentina in the final, scoring four tries in the process and keeping a clean sheet at a wet Newlands in Cape Town on Saturday.

Springbok back Aphelele Fassi said he would cherish his try on debut for the Springboks for years to come after getting his international career off to a flying start on Friday night in the team’s 40-9 victory against Georgia at Loftus Versfeld.

The 2019 Women’s Premier Division finalists, DHL Western Province and the Border Ladies, proved once again why they deserve to battle it out for the title this season after further victories in the penultimate pool round of the competition.

Boland Dames host Border Ladies in the penultimate round of the Women's Premier Division in Wellington.

Sharks welcome back their captain for Lions clash

Phepsi Buthelezi is back at No 8 and will captain the Cell C Sharks in their big Castle Lager Lions Series clash against the British & Irish Lions in Johannesburg on Wednesday evening.

Tom Curry of England and the Welsh duo of Josh Navidi and Adam Beard will make their British & Irish Lions debuts on Wednesday evening when the tourists take on Cell C Sharks at Emirates Airline Park.

Springbok training has been suspended for Monday following a positive test for COVID-19 in the squad.