Bonus-point victories in the Carling Currie Cup saw the Vodacom Bulls and Tafel Lager Griquas return to winning ways after disappointing starts to their Premier Division campaigns last weekend, but it’s still early days and with two big clashes scheduled for Wednesday, the competition will soon hit a new gear.

The defending champions had to work hard to beat the New Nation Pumas by 32-27 at Loftus Versfeld on Friday, and on Saturday the Peacock Blues had the better of the Toyota Cheetahs in Kimberley, winning this Central Derby by 31-10.

On Wednesday, the Free Staters welcome the Vodacom Bulls to Bloemfontein for a big clash, before a Coastal Derby in Cape Town between DHL Western Province and the Cell C Sharks.

The Vodacom Bulls had the better of the Toyota Cheetahs the last time they met in the Carling Currie Cup, with the men from Pretoria running out comfortable winners by 40-13 at Loftus Versfeld, scoring four tries to one with Springbok squad members Marco van Staden bagging two tries and Morne Steyn contributing 16 points with the boot.

The Cell C Sharks will also be going into their match this week with positive memories from the last time they played DHL Western Province in the Carling Currie Cup – it was in the 2020 semi-final in Cape Town, where the Durbanites caused a minor upset with a 19-9 win over the men in the blue and white hooped jerseys.

In the weekend’s First Division action, the Boland Kavaliers had a strong start to the season, with four tries by the flying Dylan Maart helping them to a big win over the Border Bulldogs in Wellington, while the Down Touch Griffons made it two from two over Eastern Province in Welkom.

Premier Division
(Click on the heading for a full match report)

Stylish Griquas too good for Cheetahs

Following a first round bye, the visitors were determined to start their Carling Currie Cup campaign on a high but ran into a spirited home side in what was a typically tough Central Derby for the first 50 minutes, before the Peacock Blues spread their wings.

With 13 players making their Carling Currie Cup debut for the Bloemfontein team due to COVID cases and injuries, including Springbok flank Jacques Potgieter, who featured prominently, teething problems were evident, particularly, a lack of finishing countless opportunities they created.

The home side lost their opening match in the Premier Division last week and thanks to a 17-3 lead at the break, managed a good enough buffer to withstand the Lowvelders' fightback in the second half.

The Vodacom Bulls scored four tries and the visitors three, with a first half New Nation Pumas try ruled out due to a forward pass proving crucial in the bigger scheme of things, while flyhalf Eddie Fouche will also ponder on three missed kicks to goal.

Marcell Coetzee and his men will gladly take the bonus point though, while the visitors at least have a losing bonus point to show for their efforts. 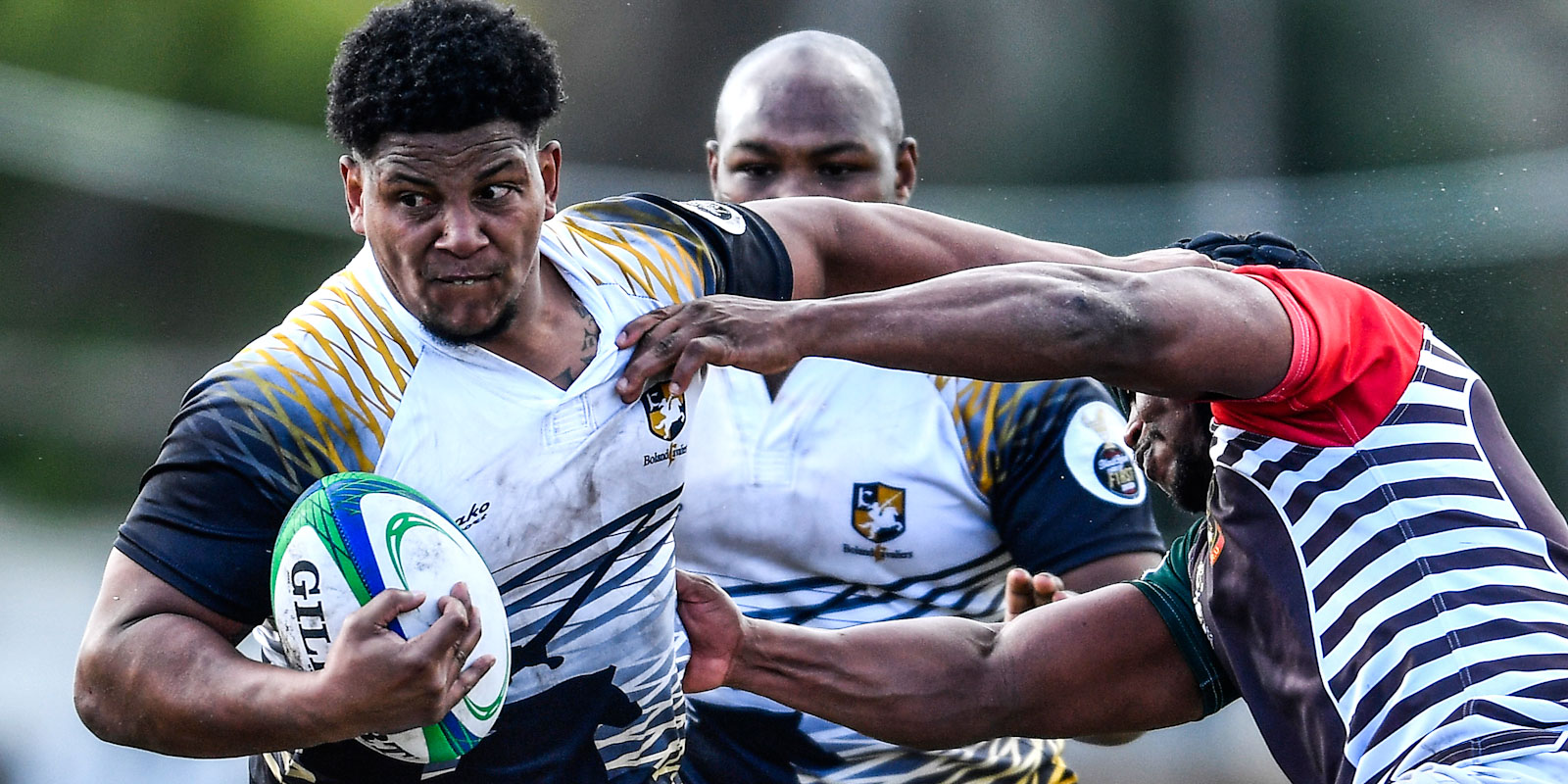 A determined Boland had too much power for the Border Bulldogs in Wellington.

The Boland Kavaliers got their Carling Currie Cup First Division campaign off in style with a 46-19 win over the Border Bulldogs in Wellington, where speedster Dylan Maart scored four tries for the home team.

In Welkom, the Down Touch Griffons continued where they stopped last week by inflicting a one-sided 41-3 win on Eastern Province, outscoring their visitors from the Eastern Cape by seven tries to none.

The Leopards were awarded four log points after their scheduled clash with the SWD Eagles was cancelled on Thursday.

The Border Ladies cemented their place in the Women’s Premier Division final in Cape Town against DHL WP with a commanding performance against the Cell C Sharks Women in East London on Saturday, which saw them cruise to a satisfying 38-10 victory.

Join us for this round eight clash in the Women's Premier Division, live from East London.

Table-topping DHL WP are in action in the Eastern Cape against the EP Queens, live from Wolfson Stadium at 14h45.

The Junior Springboks made it three from three in the Under-20 International Series when they beat Georgia by 42-0 in very wet and muddy conditions in Stellenbosch on Monday, scoring six tries while keeping a clean sheet for the first time in the competition.

Springboks return to the training field

The Springboks will immediately resume their preparations for the forthcoming Tests against Georgia after feedback received from the Castle Lager Lions Series Medical Advisory Group.

South Africa will play the USA, Kenya and Ireland in Pool C of the Rugby Sevens event of the Tokyo Olympic Games next month, World Rugby announced earlier on Monday.

A third consecutive win in the U20 International Series secured the Junior Springboks the top spot in the four-team tournament, but for head coach Bafana Nhleko, the effort and commitment from his squad in the 42-0 romp over Georgia on Monday was just as pleasing as the final log position.