The Capetonians got off to a flying start after showing glimpses of impressive attacking form in the early stages of the game and scored four tries to one in the first half, which saw them enter the break in an encouraging 28-7 lead.

The Dragons fought back with intent in the second half scoring three tries, two of which were converted, to two penalty goals by Springbok flyhalf Manie Libbok, but the strong start by the hosts was enough to seal them the valuable victory.

Flanker Junior Pokomela, who was a late inclusion in the team following the withdrawal of Nama Xaba due to injury, went over in the ninth minute after breaking through a maul close to the tryline, and Libbok added the extra two for a 7-0 lead.

It was largely one-way traffic from thereon in, with Joseph Dweba (hooker) scoring the DHL Stormers’ second try from a powerful rolling maul in the 16th minute, and minutes later, centre Ruhan Nel scored a great try after brilliant running and support play by the DHL Stormers and a wonderful hand off by fullback Clayton Blommetjies.

The hosts continued to apply pressure on attack, and it was Libbok who earned the fourth try thanks to some hard running and impressive side-stepping five minutes before the break, and the conversion by Blommetjies pushed them 28-0 ahead.

The Dragons responded with a late try by wing Jordan Williams, which saw them trail 28-7 at the break. 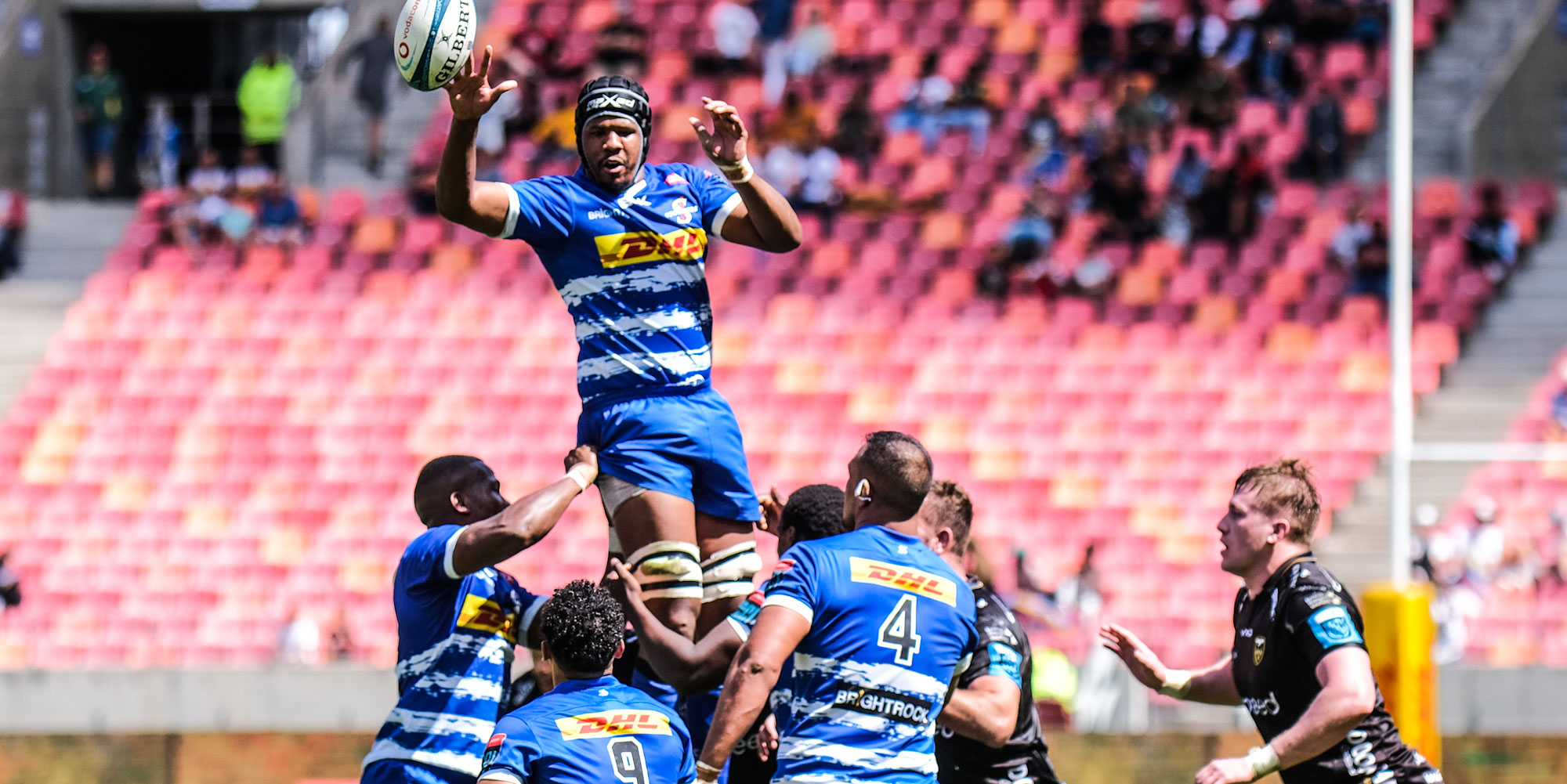 Marvin Orie standing tall in a lineout for the DHL Stormers.

The visitors struck first in the second half as prop Aki Seiuli crashed over in the 47th minute, but the DHL Stormers stretched their lead minutes later with a penalty goal by Libbok, which nudged the score to 31-12.

The home side tried hard to make their presence felt on attack as the game progressed, and these determined efforts saw Sio Tomkinson (wing) receive a yellow card for obstructing the DHL Stormers on attack in 56th minute.

Libbok took full advantage of this with his second penalty goal, but this was cancelled out by a strong fightback in the final 10 minutes by the Dragons as flyhalf JJ Hanrahan touched down and the successful conversion saw them reduce their deficit to 34-19 with a handful of minutes left to play.

The Dragons added their fourth try of the match from some good forward play in the 74th minute with Josh Reynolds (replacement prop) diving over, and the extra two saw them trail 34-26 in the dying minutes, but with neither team able to add to the score, that ended up being the final score, with the DHL Stormers walking away with the rewarding win.

The Springbok Women's Sevens finished top of Pool A of the International Invitational tournament at the Dubai Sevens and will play Ireland Invitational in the quarter-finals of the tournament on Saturday.

The Cell C Sharks, fielding a new-look side after their big defeat against Cardiff last weekend, beat the Ospreys 25-10 in their Vodacom United Rugby Championship clash at Hollywoodbets Kings Park Stadium on Friday night.

Springbok lock Salmaan Moerat will captain the DHL Stormers in their historic first Vodacom United Rugby Championship match in Gqeberha on Saturday, when the Capetonians host the Dragons from Wales at Nelson Mandela Bay Stadium, with kick-off at 14h00.

The Vodacom Bulls have been given a boost by the return of a number of Springboks as Marco van Staden, Johan Goosen, Canan Moodie, Cornal Hendricks and Kurt-Lee Arendse return to the match-23 for the Vodacom United Rugby Championship clash against Cardiff in Pretoria on Saturday.