The Springbok Sevens squad are very aware that they have disappointed their supporters over the last month or so and are determined to make them proud again, come the next two HSBC World Rugby Sevens Series tournaments in Dubai and Cape Town early next month, Blitzbok skipper Siviwe Soyizwapi said on Wednesday.

The squad returned from Hong Kong, where they finished in joint-seventh position with Ireland, on Tuesday and had their review and medical sessions at their Stellenbosch Academy of Sport base. In both there were negative results, with playmaker Ronald Brown ruled out due to a hand injury.

Brown will undergo an operation and will miss the two December events, while the feedback on their performances was also in need of remedy, Soyizwapi admitted.

“We have let our supporters down,” said Soyizwapi.

“They are the people who stuck with us in good times and bad times, but we now had three bad tournaments in a row and that is not our standard, nor is it the reward we want to give to those who supported us in numbers over the last years.”

The Blitzbok wing is well aware that the HSBC Cape Town Sevens kicks off in 30 days, and that the tournament loyals might start doubting their team.

“We are close to fixing things,” he said. “Obviously the changing of coaches had an impact on the flow of the side and we did not play as well as we could in Hong Kong, but we will fix this. We will come back refreshed and more determined than ever next week and work very hard to become a title contender again.”

Soyizwapi said the Hong Kong experience once again reminded them that execution, teamwork and a healthy team culture were the cornerstones of previous campaigns that were very successful.

“That was not the way we wanted to start the season, but we normally have a good run when it comes to Dubai and Cape Town,” he said.

“We realised that our last performance in Cape Town – the Rugby World Cup Sevens – did not go as planned. We are not in a bad place, in that we know exactly what we need to do to get back to the top again.

“The Cape Town event will add to our confidence, as the people really come out to support us. We have not delivered last time around, so are very aware that we need to repay the faith shown in us.” 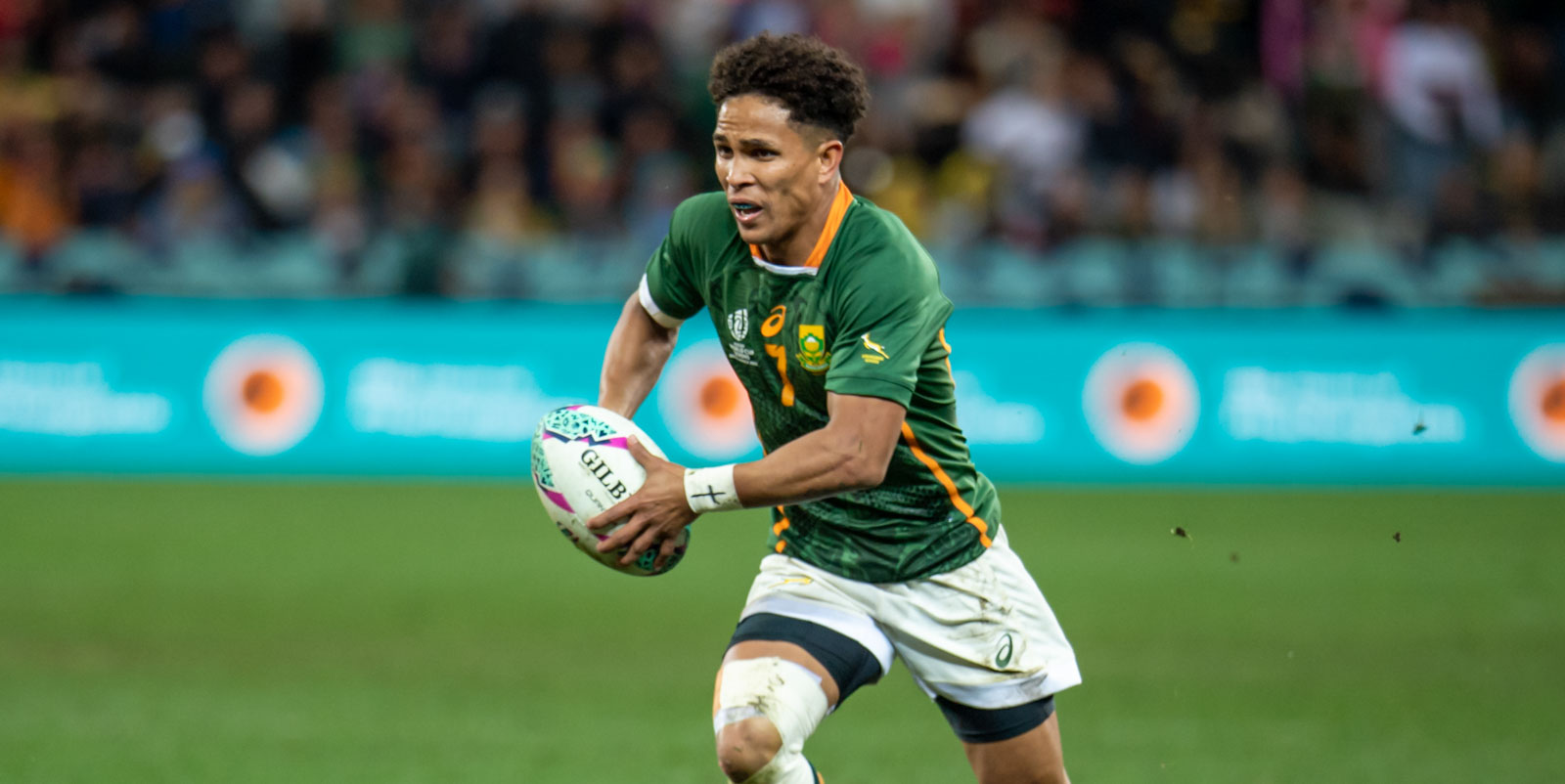 While Brown’s injury is a setback, two World Series winners, Zain Davids and Muller du Plessis, look set to return for the Blitzboks in Dubai, where South Africa will face Australia, Great Britain and Kenya in Pool A of the tournament.

Pool B will consist of Fiji, Argentina, New Zealand and Uruguay, Pool C will have France, Ireland, Spain and Uganda while Samoa, USA, Canada and Japan will contest Pool D.

Boks change for France Test with Libbok on bench

Former SA Under-20 flyhalf Manie Libbok has been included on the Springbok bench for Saturday’s Test against France in Marseille as head coach Jacques Nienaber named a team showing five changes and two positional switches from the side that ran out against Ireland last weekend.

Goosen thrilled to be back in green and gold

Johan Goosen is delighted to be back in the green and gold and says although Thursday’s match against Munster at Páirc Uí Chaoimh in Cork is going to be a tough test for the South Africa 'A' team, he relished every second of being able to represent the side.

Stick names 14 Boks in SA ‘A’ team to face Munster

South Africa ‘A’ coach Mzwandile Stick has included 14 capped Springbok players in his match-day squad to face Munster at Pairc Ui Chaoimh in Cork on Thursday, in their first of two mid-week games on the year-end tour, ensuring that he struck a good balance of experience and youth in his team.

The Springboks are bracing themselves for a massive forward battle against France at the Stade Velodrome in Marseille on Saturday in their second Castle Lager Outgoing Tour match.

The SA Rugby Under-19 Cup clash between the Cell C Sharks and Vodacom Bulls in Durban on Saturday has all the hallmarks of a final because the winner will be crowned as 2022 league champions after both teams kept their unbeaten records in tact last weekend.

South Africa 'A' canned in Cork

South Africa 'A' dropped a disappointing 28-14 result to Munster in the opening match of their tour at Pairc Ui Chaoimh in Cork on Thursday night, leaking four tries in the first hour of the match.

Springbok scrumhalf Faf de Klerk was delighted to be handed the No 9 jersey for Saturday’s Castle Lager Outgoing Tour clash against France at Stade Velodrome in Marseille and said he would continue to put in the hard yards to stay in the mix at scrumhalf, with a number of players pushing each other for national selection in the position.

France coach Fabien Galthie has named an unchanged starting team for Saturday’s Test against the Springboks in Marseille, opting to stick with the same 15 players that started in their one-point victory over Australia last weekend.

Springbok captain Siya Kolisi and SA Rugby Director of Rugby Rassie Erasmus said physicality and sticking to their structures would be vital when they line up against France in Marseille on Saturday in their second Castle Lager Outgoing Tour Test, while the Boks were forced to make a late change after Jasper Wiese had been withdrawn from the squad.

South Africa ‘A’ coach Mzwandile Stick and captain Thomas du Toit were bitterly disappointed after the team’s defeat against Munster at Pairc Ui Chaoimh in Cork on Thursday night, in the first of their two mid-week matches on the year-end tour.

Boks change for France Test with Libbok on bench

Former SA Under-20 flyhalf Manie Libbok has been included on the Springbok bench for Saturday’s Test against France in Marseille as head coach Jacques Nienaber named a team showing five changes and two positional switches from the side that ran out against Ireland last weekend.

South Africa 'A' canned in Cork

South Africa 'A' dropped a disappointing 28-14 result to Munster in the opening match of their tour at Pairc Ui Chaoimh in Cork on Thursday night, leaking four tries in the first hour of the match.