The DHL Stormers, defending champions in the Vodacom United Rugby Championship, survived a strong start by Edinburgh to secure their second victory in as many matches in the competition with a 34-18 bonus-point win at the DHL Stadium in Cape Town on Saturday.

The first half was hard-fought as Edinburgh dominated the first 30 minutes, but they were only able to cross the tryline once with SA-born Scotland prop Pierre Schoeman diving over from a pick and go to add to an early penalty goal by flyhalf Blair Kinghorn.

A strong fightback by the DHL Stormers in the last 10 minutes of the half, however, saw Springbok utility forward Deon Fourie cross the chalk on the stroke of halftime from a rolling maul, and the successful conversion left them trailing by only 10-7 at the break.

The hosts broke away in the second half with Joseph Dweba (hooker) scoring before Suleiman Hartzenberg (wing) crossed for a brace tries to add to two penalty goals by Manie Libbok (flyhalf), while they limited the visitors to another try and penalty goal for the well-deserved 34-18 win.

Kinghorn opened up the scoring in the sixth minute with a penalty goal and the visitors made a concerted effort to work their way close to the Capetonians’ tryline and they applied consistent pressure, which almost paid off with two tries in the first 25 minutes, but a combination of mistakes at crucial times and the effective DHL Stormers defence denied them.

The hosts paid the price for their ill-discipline close to the tryline, however, with Libbok receiving a yellow card in the 23rd minute for infringing close to the tryline while Edinburgh was on attack in the red zone, and this paved the way for Schoeman to score their first try minutes later for a 10-0 lead.

The hosts hit back hard with a determined effort on attack and the pressure they applied saw Edinburgh lose their hooker Stuart McInally to a yellow card in the 38th minute.

They continued to fight until the halftime hooter and these efforts paid off with Fourie crashing over from a rolling maul and Libbok added the conversion to take their score to seven points. 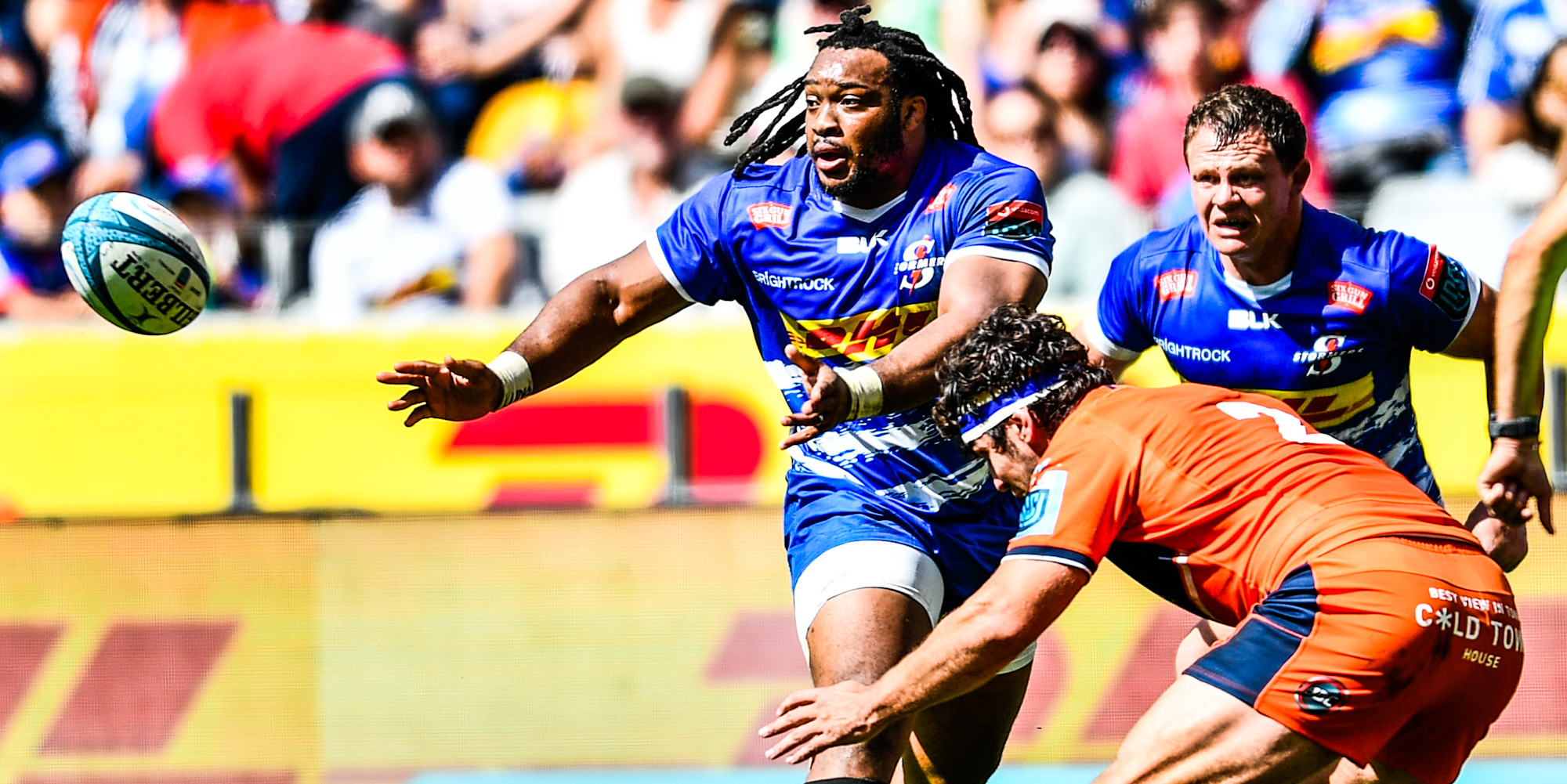 Springbok hokker Joseph Dweba scored a try on debut for the DHL Stormers.

The hosts added their second try three minutes into the second half with Dweba scoring a try on his debut for the side from another rolling maul and Libbok made sure he added the extra two and an important penalty goal minutes later to hand the team a handy 17-10 lead.

The Cape side were dealt a blow in the 51st minute as Evan Roos (No 8) received a yellow card for falling dangerously on an opposition player following a scuffle next to a ruck, and Edinburgh capitalised on this with Kinghorn kicking his second penalty goal to reduce their deficit to four points.

Libbok stretched their lead back to 20-13 early in the fourth quarter with his second penalty goal, and the team found themselves in a comfortable lead minutes later as Hartzenberg dashed to the tryline for their third five-pointer after finding space on the outside.

The DHL Stormers faced a tough character test in the last six minutes after Sazi Sandi (replacement prop) received a red card for a dangerous tackle and Edinburgh made the most of this with Dave Cherry (replacement hooker) diving over the tryline, which left them trailing 27-18.

The hosts had the final say however, with Hartzenberg sealing the bonus point try after a well-timed pass by Libbok, who added the conversion for the 34-18 win.

The Cell C Sharks, fielding a new look side after their big defeat against Cardiff last weekend, beat the Ospreys 25-10 ...

The Vodacom Bulls have been given a boost by the return of a number of Springboks as Marco van Staden, Johan Goosen, Can...

It’s official – tickets go on public sale at 09h00 on Wednesday 5 October for South Africa’s biggest, best and most FOMO-inducing party when the HSBC Cape Town Sevens returns in December, after a two-year COVID-enforced shutdown.

Ultimate peer recognition for Am, Davids and Roos

In a landmark moment for professional rugby players in South Africa, three players have been recognised by their peers with Players’ Player of the Year awards.

The Vodacom Bulls recorded their third win in as many weeks of the new Vodacom United Rugby Championship season when they defeated Irish visitors Connacht by 28-14 at Loftus Versfeld in Pretoria on Friday evening.

This is our moment - Booi

There was the usual chatter and small talk amongst the 12 captains at the Rugby World Cup at Eden Park in Auckland on Sunday during the official captain's photo of the women's rugby showpiece, and a good reflection of the game’s heavy hitters that assembled.

The Springbok Women are perfectly happy to sail under the radar at the Rugby World Cup in New Zealand and prefer not to get into the pre-tournament hype of the global showpiece event of the women's game.

The South African sides may have made an exceptional start to the opening three rounds of the Vodacom United Rugby Championship, but even in these embryonic early stages it is apparent that Irish powerhouse Leinster are determined to reclaim their hegemony in the competition.